Slowly, governments are catching on to the fact that more of our oceans need protecting, and are learning lessons about the right ways to go about it. In the meantime, areas that have experienced years of good conservation practice are true marine paradises. Let your diving dollars do the talking: Putting your money towards supporting MPAs goes a long way to helping preserve these underwater wonderlands.

In the Andaman Sea, this chain of islands has a mix of limestone reefs and massive granite boulders. Large sea fans, coral and megafauna such as whale sharks and manta rays are frequently seen when in season.

The beautiful islands of the Nusa Penida MPA, with their rugged shorelines and luxuriant underwater landscapes, are just a short trip away from Bali. The islands are a reef lover’s paradise, home to manta rays, sunfish and turtles. The Nusa Penida MPA covers an area of 20,057 hectares around Nusa Penida and two smaller neighbouring islands, Nusa Ceningan and Nusa Lembongan. The area is host to 296 species of coral and 576 species of reef fish, including five species previously unknown to science. 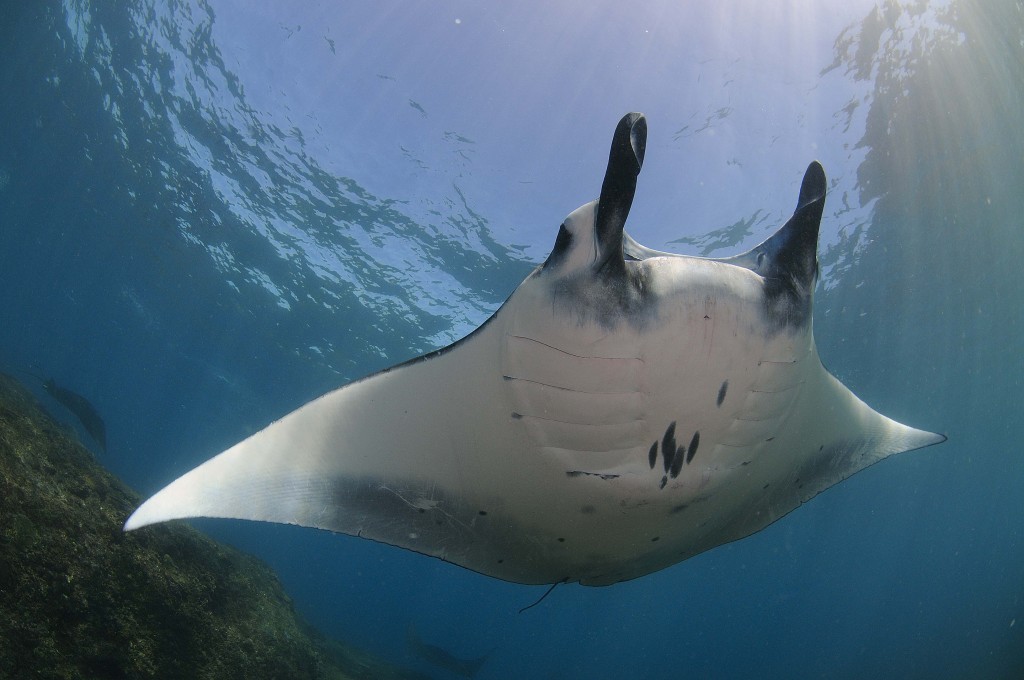 Bunaken Marine Park is easily accessible, being so close to Manado City. This marine park is located near the centre of the Coral Triangle, and includes the five islands of Bunaken, Manado Tua, Mantehage, Nain, and Siladen, as well as part of the mainland coast at Tanjung Kelapa, south of Manado, and Wori Bay, north of Manado. The park is home to almost 400 species of coral, more than anywhere else on Earth, and an estimated 2,000 fish species. The marine park offers divers everything from steep walls and sloping reefs with marine life big and small, to seagrass beds and sandy muck sites abundant with bizarre critters. Bunaken Marine Park has unique bathymetry – the absence of a continental shelf in the northern part of North Sulawesi allows the coastal area to drop over 1,000 metres directly to the deep sea floor. In 1997, the coelacanth – the “living fossil” fish – was discovered living in the deep lava tubes at Manado Tua, one of only two places in the world where this fish has been found.

The Port Stephens-Great Lakes Marine Park contains a mixture of both temperate and tropical species and as a result has some of the highest recorded fish biodiversity in New South Wales. The region is heavily influenced by the East Australian Current over the summer months. The beautiful, unique offshore islands are grey nurse shark aggregation sites.

When you start researching the top dive destinations around the world, you will undoubtedly come across Palau. With over 1,500 species of fish, 700 species of corals and over 20 WWII wrecks, you can say this place has it all – not to mention pioneering the dive scene in spawning diving for the adventurous or experienced diver, in most recent years.

It’s not only the 500 mushroom shaped limestone rock islands that you whizz by on the way to your dive site that make Palau special; it’s also the currents. Blue Corner, New Drop-Off, Ulong Channel and Peleliu Island are all dive sites that you can use a reef hook as big schools of fish and sharks swim by while your hooked onto the reef in amazement. 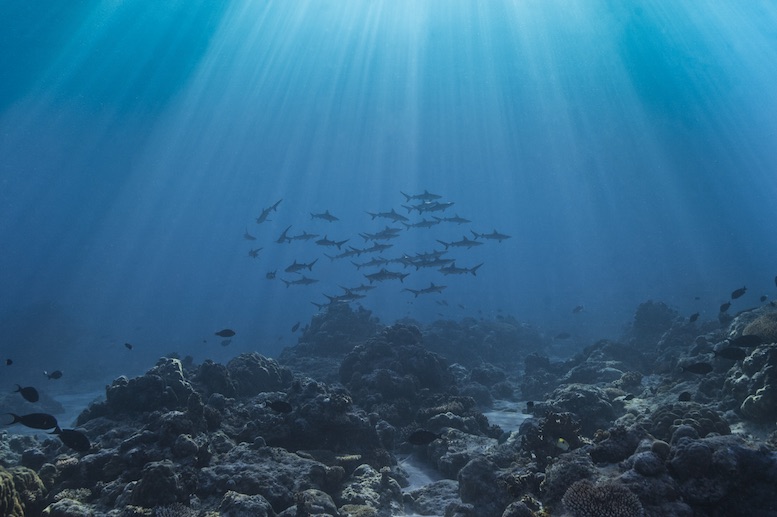 About 1,000 fish species (one third of those living in waters surrounding Japan) can be found off Kashiwajima and Okinoshima. Coral reefs are dominated by beautiful table corals and soft corals, and are home to abundant macro life.

Sipadan is unique for being Malaysia’s only oceanic island, with sheer walls that drop to 600 metres on the north side of the island, and 2,000 metres on the south side. The island is renowned for its abundance of green turtles, pristine coral reef top, and schools of barracuda, trevallies, and bumphead parrotfish. There is a healthy population of sharks too, such as whitetips and grey reefs, and scalloped hammerheads are sometimes seen out in the blue on an early morning dive. Large pelagic animals such as whale sharks and manta rays are occasionally seen by lucky divers. 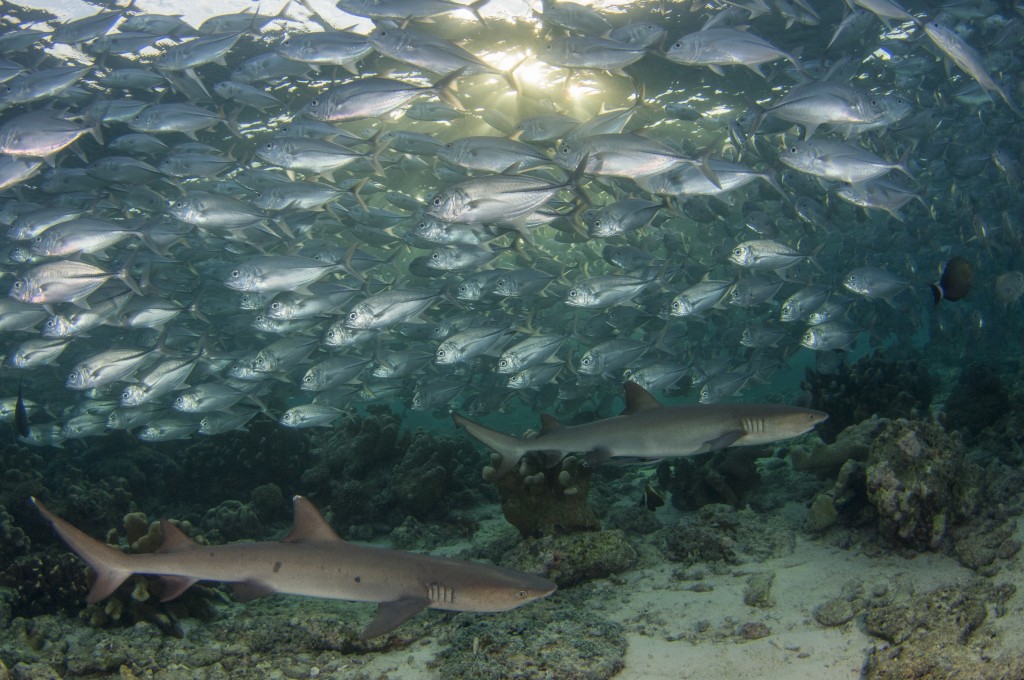 The largest coral reef system on the planet, the Great Barrier Reef, is one of the natural wonders of the world. In 2016 the reef system experienced a major coral bleaching event as a result of rising ocean temperatures from human-induced climate change. Whilst many shallow parts of the reef experienced severe bleaching, many of the deeper sites and outer reef remained unbleached.

Built on the site of a former shark finning camp, Misool is a dive resort and conservation centre in Raja Ampat, Indonesia. This private island resort is located in the Coral Triangle, at the epicentre of global marine biodiversity. Misool is deeply committed to providing enriching experiences in a pristine and sustainable environment. With over 1,600 species of fish and over 75 percent of the world’s known coral species, Raja Ampat’s marine diversity is unparalleled. Flagship species include both species of Manta ray – reef and oceanic. In fact one of Misool’s dive sites is one of the few places on Earth where both species can be seen together.

The manta’s cousin, the mobula ray, often visits in large schools in September/October where they can be seen swooping in to hunt schools of anchovies. Sharks are common visitors, including the wobbegong or carpet shark and the endemic Raja Ampat walking shark. And for the shark lover who doesn’t want to get wet, baby sharks can be seen swimming around the lagoon off the resort. Four species of pygmy seahorse can be found on Misool’s reefs along with a whole host of other crowd-pleasing critters such as mandarinfish and frogfish. There is also a secret lake which is home to large groups of stingless jellyfish if you get there at just the right time.

Tubbataha is a diver’s paradise. The reefs here have bounced back after years of effective management and protection and are now thrumming with life. Hom
e to around 600 species of fish, 360 species of corals (about half of all coral species in the world), 11 species of sharks, 13 species of dolphins and whales, 100 species of birds, and also nesting hawksbill and green turtles, whale sharks, bumpheads and huge schools of pelagics are regular visitors. 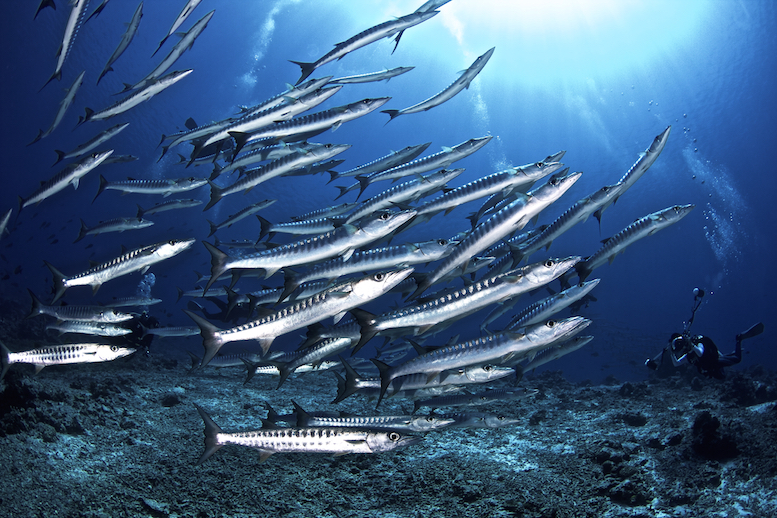 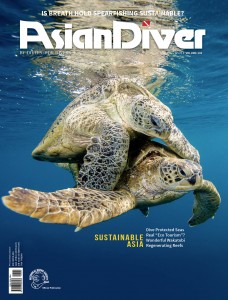 This is an excerpt of an original article featured in Asian Diver “Sustainable Asia”, by various contributors… to read the full version click HERE 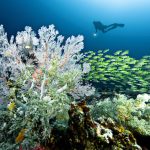