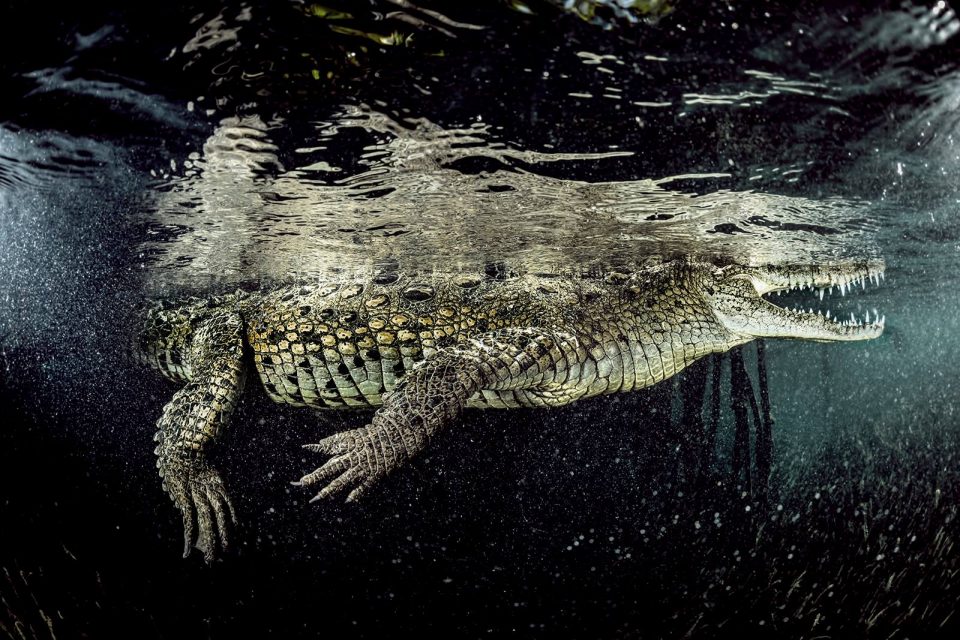 Diving in Cuba – it’s a diving extremist’s paradise. People often refer to this wild underwater world as the Galápagos of the Caribbean, and for good reason.

Eighty kilometres south of Cuban shores sprouts a 240-kilometre-long mangrove and coral island system that forms the third-longest barrier reef in the world. Within this maze of mangroves, crocodiles silently float, tucked away in the shallows – and aligned perfectly over/under the thin line of the water’s surface as if waiting for the savvy photographer to capture the ideal half ’n’ half. Such is diving nowadays – a call to arms for divers to seek out the more adrenaline-fuelled encounters. And Cuba is a tricked-out dive destination offering just that.

Rodney Bursiel is a photographer whose images have a unique edge – a chrome-coloured tint that makes his face-to-face shark encounters more thrusting, his humpback whales more intimate. UW360 Editor, Oliver Jarvis, caught up with the man to discuss his recent trip to Cuba’s Jardines de la Reina, or “Gardens of the Queen”: How would you describe diving the Jardines de la Reina?
Jardines de la Reina is a marine preserve, so the reefs are in pristine condition. That being said, I’m more interested in the big animals, so it was nice having sharks on every dive. Diving in Cuba is what it it was like diving in the Cayman Islands 30 years ago. I haven’t been to Little Cayman but I hear it’s similar, except Cuba has mangroves with saltwater crocodiles.

What was your highlight of the trip?
The crocs were definitely the highlight. When I booked the trip I’m not even sure I was aware they were there. I had just heard about how amazing Cuba was. Finding out about the crocs was a bonus, and I probably could have spent the entire trip hanging out with them.

Crocs can be unpredictable. What pre-dive safety briefing were you given before jumping in?
Something I didn’t know was that crocs can’t see something directly in front of them because of where their eyes are located – it’s kind of a blind spot. The main thing we were told was to avoid getting to the side of them in their line of sight. That being said, I swam alongside of them and they didn’t seem too interested in us.

What different photography techniques did you implement to capture unique shots of the crocs?
Nothing that different from the techniques I use for my shark photography. I was shooting ISO100 at f/11 with dual strobes at about half power. I would get the croc in the shadow of the boat to create the dramatic moody shots that I love.

What was the story behind it?
We were swimming in a really strong current to get to the croc. When I got to him, I was literally inches away and didn’t realise my strobes had been moved in and pointed towards each other. The shot was super blown out, but after playing with it in Photoshop I was able to create one of my favourite shots.

How did you approach the crocs?
Slowly. They are actually very timid. The trick that I figured out was that they react to sound, so I would slap the surface of the water with my open palm. It got their attention right away and got them to swim towards you, usually with an open mouth.

Any negatives about the trip?
Negatives? I was in the ocean swimming with sharks and crocodiles. No time to think about negatives! Only wish I had booked more time in Havana on our return. 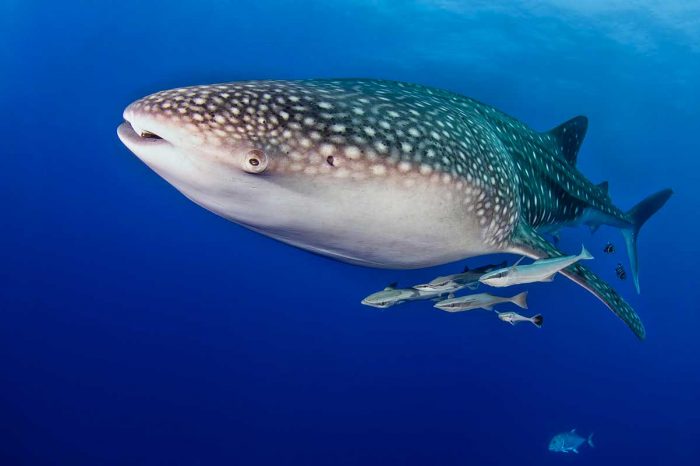 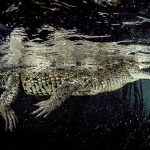