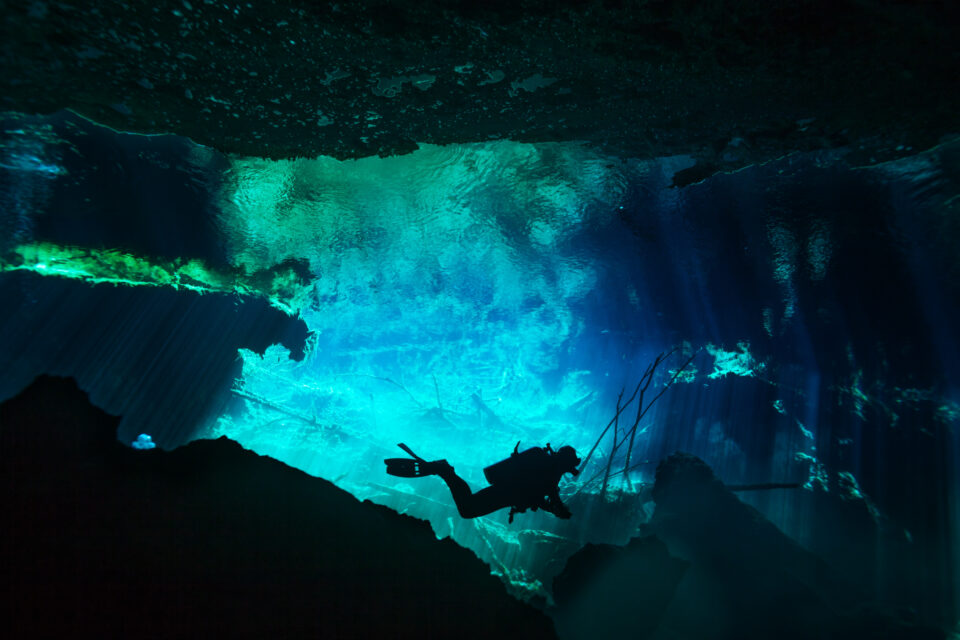 The most populated country in the world comes with a beautiful combination of culture, heritage, and unique experiences. The country’s island has over 5,000 islands with vibrant marine life and coral reefs. Diving in China has yet to become a popular trend among the locals, leaving most of its islands and caves unexplored. Read on to learn more about one of China’s most extraordinary hidden dive spots. 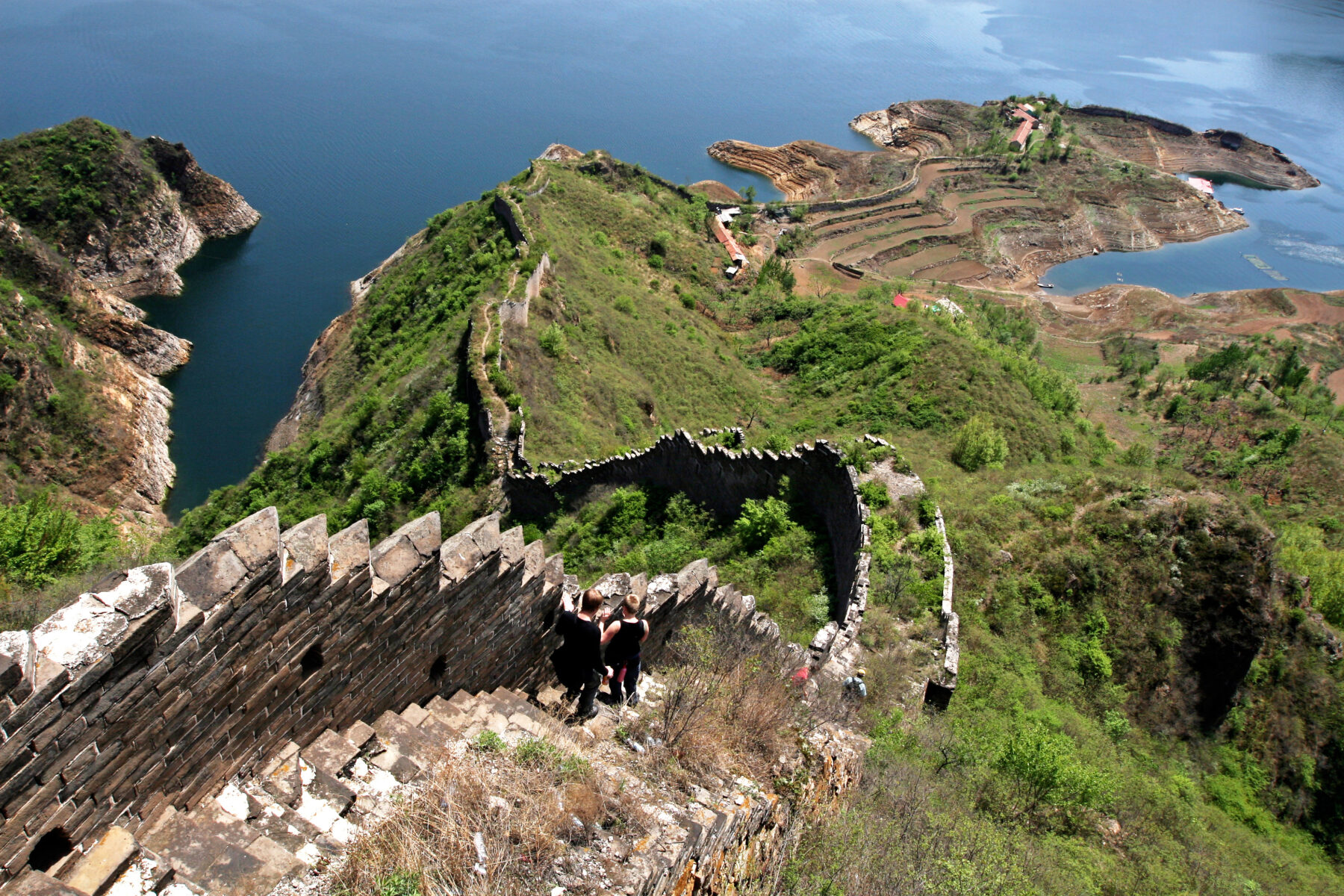 Approximately 400 yards of the Great Wall of China are submerged in the Panjiakou Dam, located in the Hebei province. It is under a 4-hour drive from China’s capital, Beijing.

That’s right, the Great Wall of China is now a scuba diving destination for divers who seek a challenging dive! If you wouldn’t mind sacrificing prime diving conditions such as high visibility levels and an abundance of biodiversity, then diving at one of history’s most iconic structures should be on the top of your bucket list.

Divers have described diving at the Great Wall as an intimate and eerie experience. You can start your dive at the Panjiakou Dam, which was built in the late 1970s. The dam was built following a dramatic earthquake in the region and acted as a water supply to the surrounding population. Forming this new water body meant submerging a part of the Great Wall.

The dive trips here are not particularly jaw-dropping but the feat of diving under one of the seven wonders of the world is something that you would not forget.

Japan may not be renowned for its diving opportunities, in comparison with its neighbouring east Asian countries like Korea and China. When, in fact, Japan holds so many undiscovered diving gems. The country has over 7,000 islands, many of which are uninhabited or even unexplored.

The vast diving opportunities that Japan offers to divers looking for a thrilling experience are unmatched. Divers have the opportunities to explore the waters of Japan’s archipelago, with hopes of discovering something enchanting under the deepsea. Check out these three relatively less-frequented dive destinations! 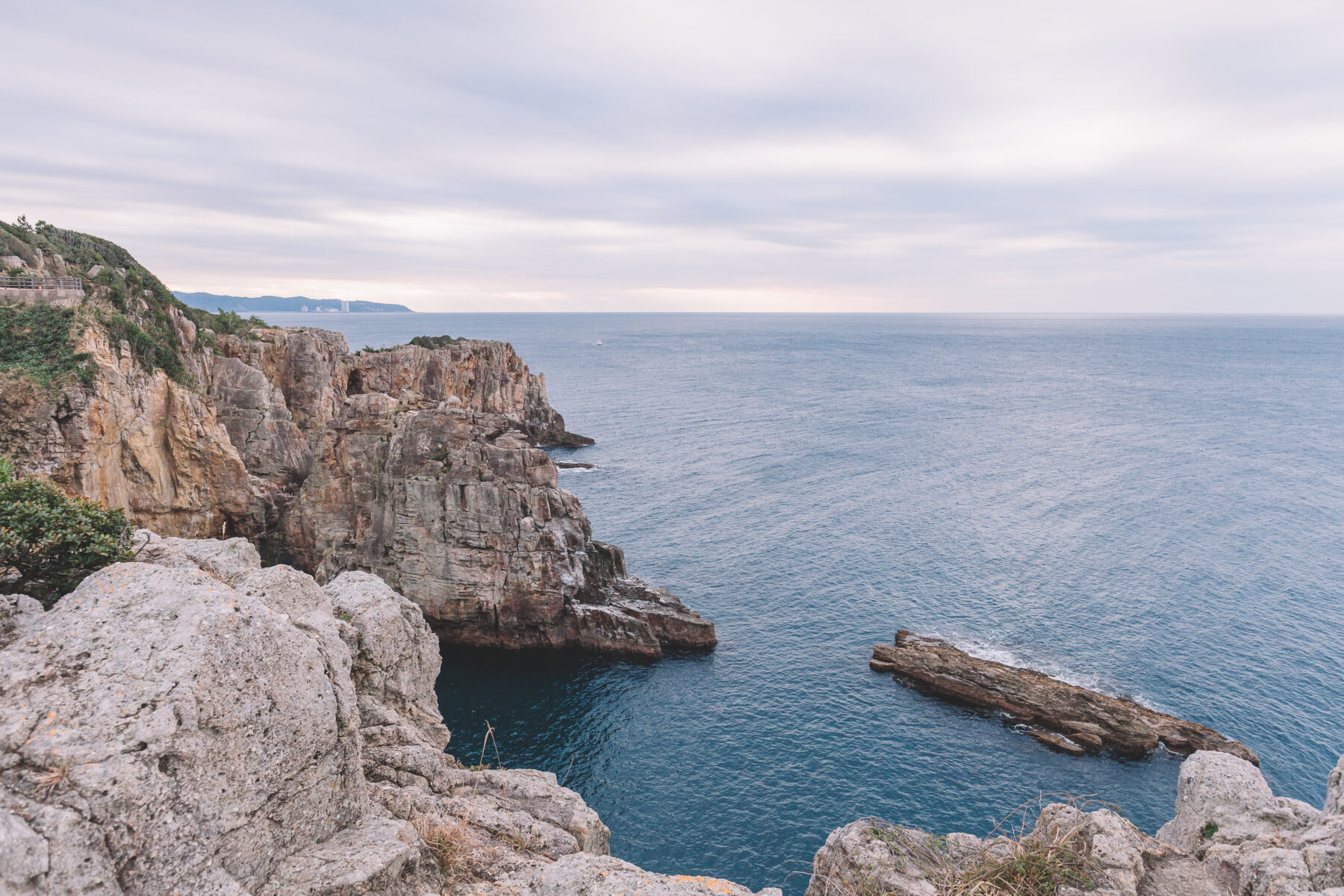 The Shirahama area is accessible by bullet train, limited express, and car. The Saphir Odoriko (a limited express train on the Tokaido line) runs from Tokyo Station to Izukyu-Shimoda Station. Alternatively, the Tokaido Shinkansen runs from Tokyo to Atami, where you change to a local train to Shimoda. Both journeys take about 2 hours and 45 minutes. Shirahama Beach is about 4 kilometers outside of central Shimoda. Board a bus bound for Itadoichiki from Izukyu-Shimoda Station and get off at Shirahama Kaigan, which takes around 10 minutes.

The Shirahama area has been the place to go diving in the Kansai region for a long time. “Shirahama” in Japanese means “Long white beach”, and like its name, this area is a popular beach destination.

The diving spot varies from the white sandy beaches to the rocky 20-metre drop-off wall covered with soft corals. The artificial wrecks that sit on the seafloor are not large but given that the depth is only 18 metres, you have plenty of time to enjoy the colourful marine life circling the wrecks. This artificial wreck dive is perfect for recreational wreck divers seeking a different scenery.

While in the cool waters of Shirahama, divers and underwater photographers alike can come across a variety of species of nudibranch, shrimps, crabs, squids, seahorses, and many over macro marine life. On top of those, the black spot cardinalfish, chicken grunt, and the Japanese jack mackerel are a common sight along this dive. 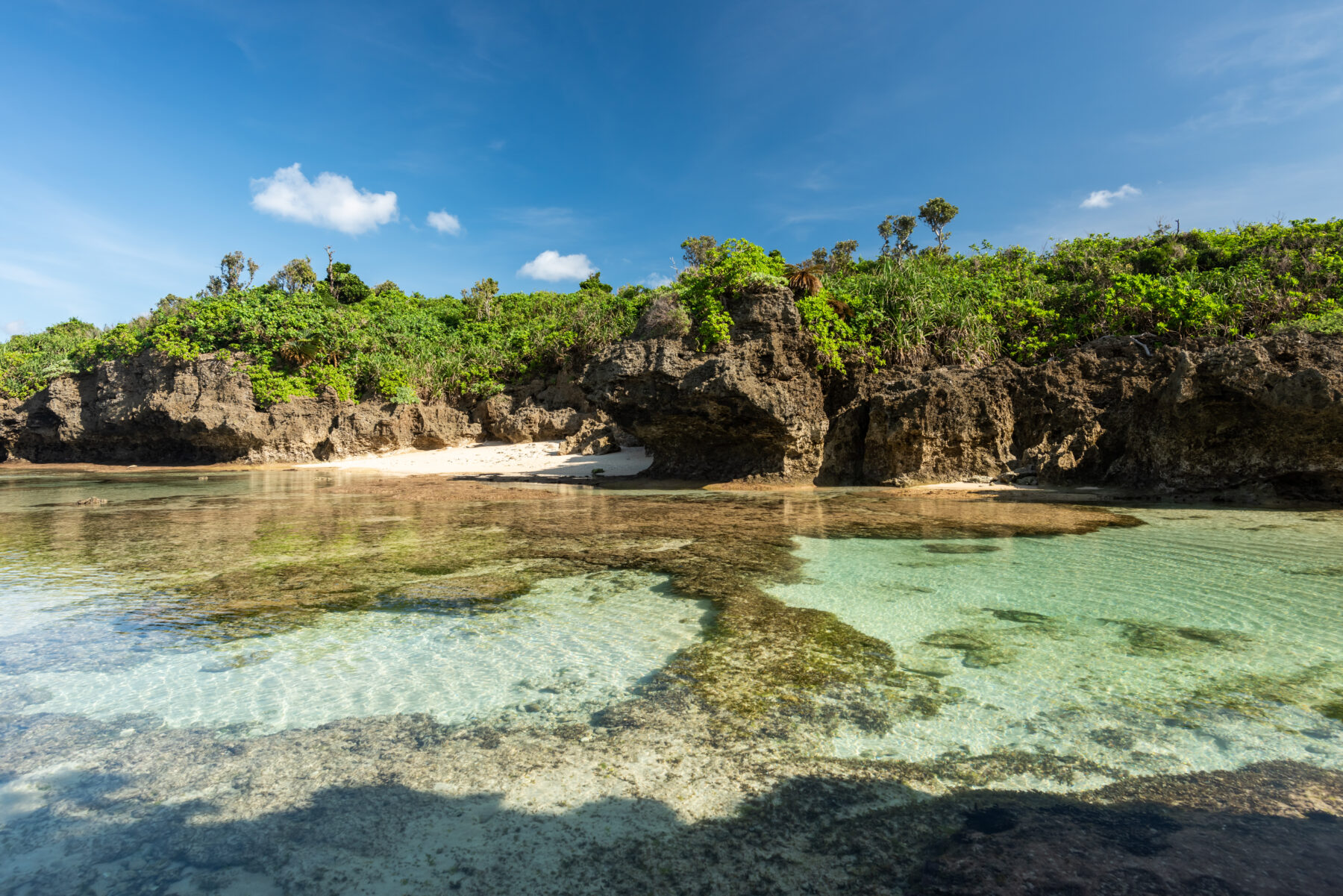 Iriomote Island is the largest of the Yaeyama Islands and the second largest in Okinawa Prefecture after Okinawa Island. The majority of the island is covered by jungle and mangrove swamps.

As a diving location, Iriomote Island is very popular among Japanese divers for its beautiful corals and diverse marine life. Many parts of the areas are still uncharted areas, leaving divers with a quest to discover them.

All year-round, the waters of Iriomote Island are filled with a variety of nudibranch, shrimps, crabs, and other tropical fishes. Madder Seaperch, Giant cuttlefish, Pajama cardinalfish, Mandarin fish, and Asian leaf fish are other tropical fishes that divers can catch a glimpse of.

However, during the months of May to September, take a night dive to spot coral spawning along the coast. In the months between January and August, manta rays are a common sight in these waters.

Oyashio is closest to the city of Hokkaido. However, given the geographical remoteness and harsh environmental conditions of the regions, the oyashio current is discouraged from human settlement.

The Oyashio current, or known as the Parental Tide, is a cold subarctic ocean current that flows south and circulates counterclockwise along the east coast of Hokkaido as well as the northeastern Honshu in the western North Pacific Ocean. The waters of the Oyashio Current originate in the Arctic Ocean and flow southward via the Bering Sea, passing through the Bering Strait and transporting cold water from the Arctic Sea into the Pacific Ocean and the Sea of Okhotsk. It collides with the Kuroshio Current off the eastern shore of Japan to form the North Pacific Current.

The Oyashio current offers a flourishing marine habitat with its cold and nutrient-rich waters. This results in marine creatures from the north swimming over to this region and an exponential increase in phytoplanktons.

Taiwan is mostly made up of grand mountainous terrains and has been victim to many unexpected earthquakes over the years. Its majestic scenery on land is complemented with the underwater landscape that is equally, if not more, breathtaking. Home to over 160 islands, the outlying islands hides the glorious reefs and vibrant marine biodiversity that many divers have yet to discover. 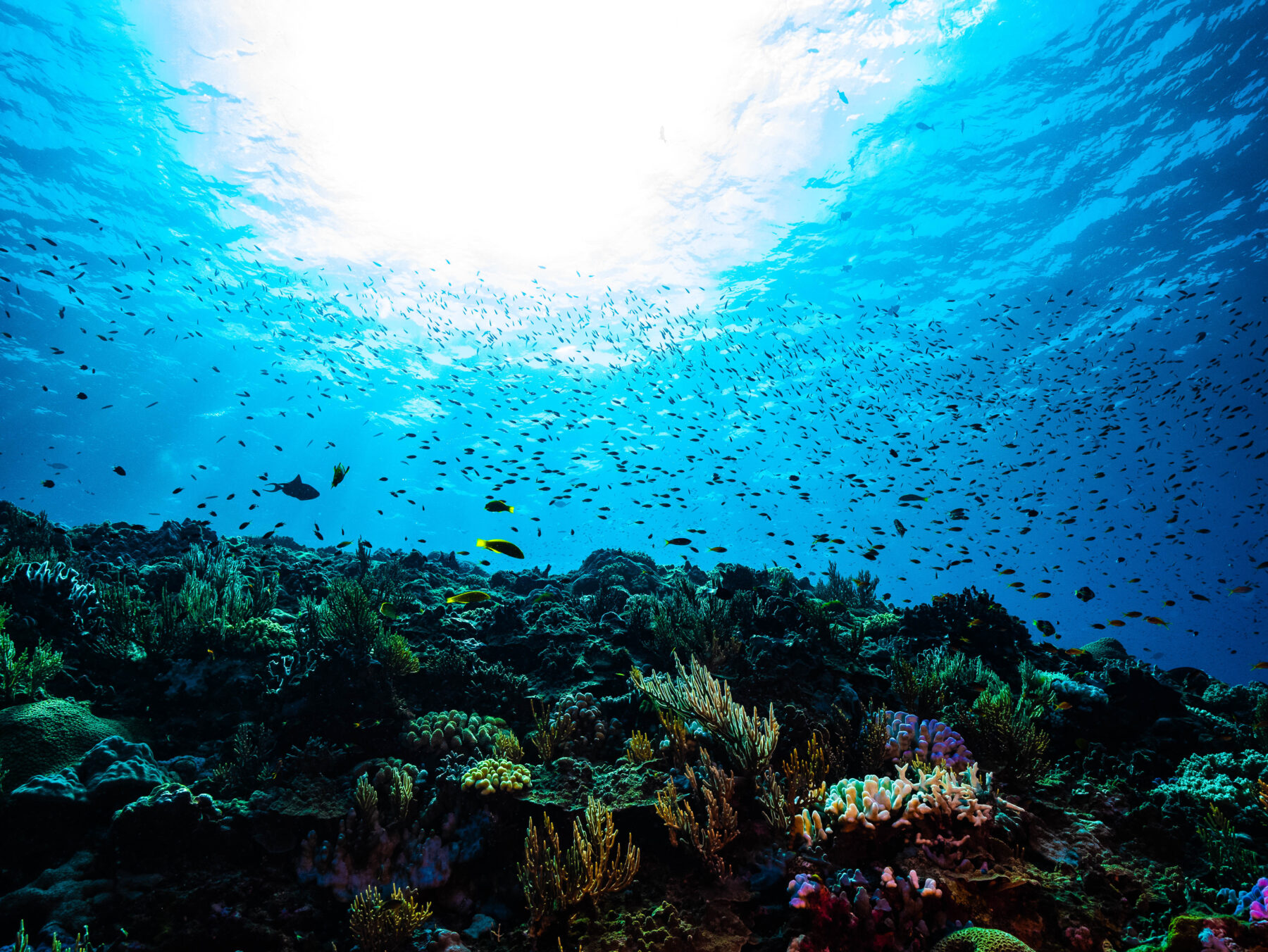 You can fly in from Taitung Airport (TTT) to Lanyu Airport (KYD). The flight duration is 30 minutes and the daily frequency is dependent on weather conditions. Ferry trips to the island are also available from Taitung City’s Fugang Fishery Harbor.

Located in one of Taiwan’s east coast most remote islands, Lanyu Island is accessible by sea or air. The culture of this isolated island is so unique, which is directly reflected in the unique diving experiences that it offers. From the endless corals and marine life left to discover to the alluring undersea wrecks, the untouched waters are great for divers and underwater photographers who are seeking something unique and unseen.

Lanyu is home to a rather magnificent wreck dive, the Ba Dai Wan Wreck. The vessel, which sank in 1983, is one massive wreck; allowing plenty of space for divers and underwater photographers to discover this hidden gem of Taiwan.

Lanyu is also home to the Eight Generations Bay wreck, resting on the seabed at a depth of 40 metres. This magnificent wreck offers divers a genuine photographic challenge. Before it crashed, this particular sea shuttle service, carrying Korean nationals, was an unfortunate victim of a violent typhoon storm, causing it to crash into the Taiwanese waters. Thankfully, the crew members and passengers escaped without a scratch.

South Korea’s tourism culture is bursting at the seams with the exciting arts, food, and heritage that it offers. But with what it offers topside, it offers under as well! South Korea has over 3,000 islands, with many untouched and teeming with exotic marine life. These islands are attractive in the eyes of divers who are looking to uncover the treasures below the waves.

South Korea has multiple secluded and remote islands for divers who wish to explore the unknown. Tap on the potential of these waters and discover something new in South Korea today! 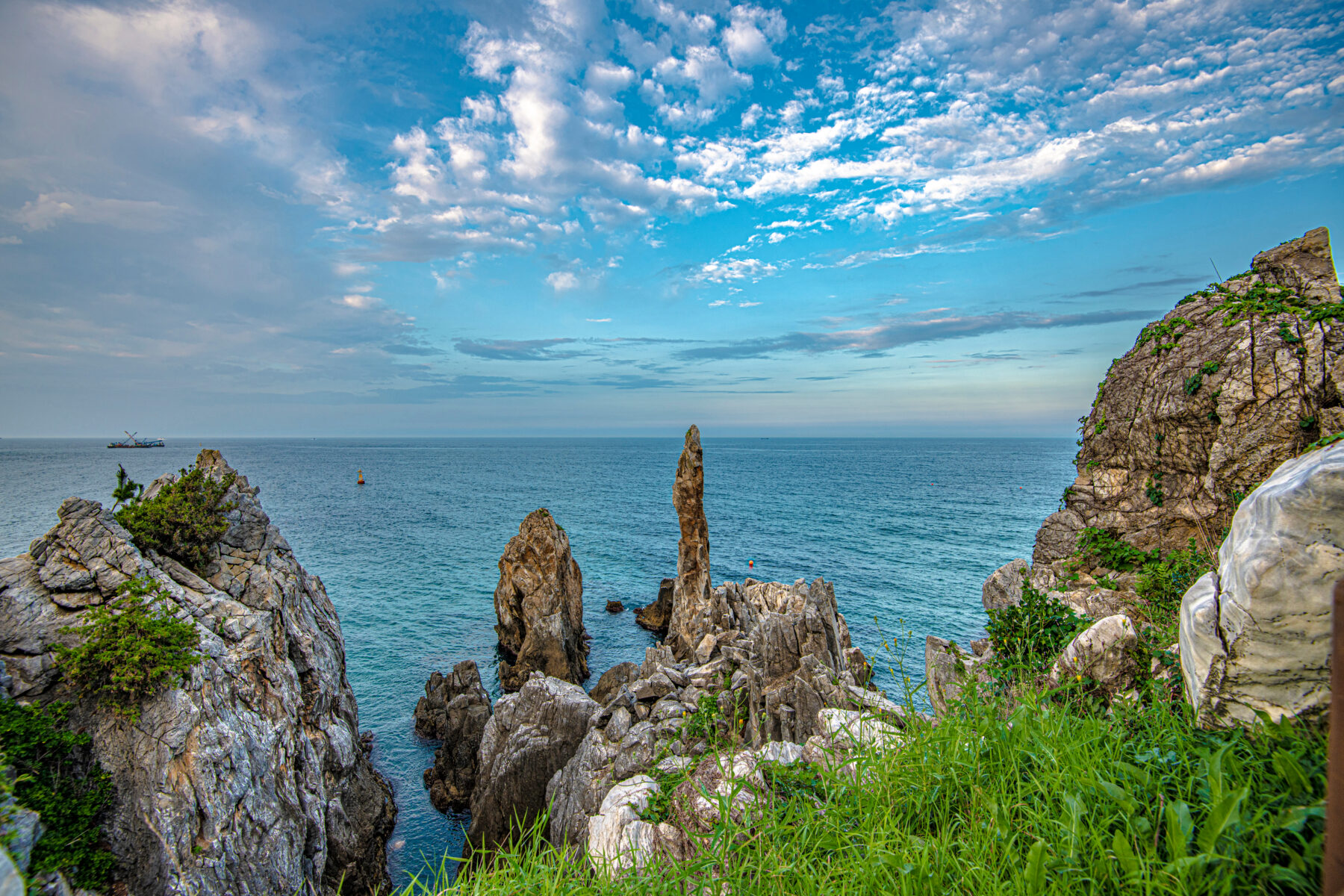 You can fly internationally to Seoul, South Korea’s capital city. The best way to get from Seoul to Donghae is by train which takes about 2 hours and 35 minutes. Alternatively, you can hop onto a bus for a long journey of slightly over 3 hours.

One of the more undiscovered dive regions of South Korea, the East Sea has slowly started attracting the attention of divers, locally and internationally. Gradually, the region is now being used as a hub for a wider variety of diving programmes. However, as fascinating and exciting as this place is, it is not suitable for just any diver. In fact, South Korea’s waters are notorious for being difficult to dive due to the rapidly changing water temperatures, deep depths, low visibility, and strong currents.

Divers who are looking to explore this region must be well-versed in dive safety and must have excellent deep diving skills. This is especially true for those underwater photographers with additional equipment. The East Sea is a relatively new dive destination, and there is still much to explore and discover, making it an attractive destination for divers looking for a challenge. 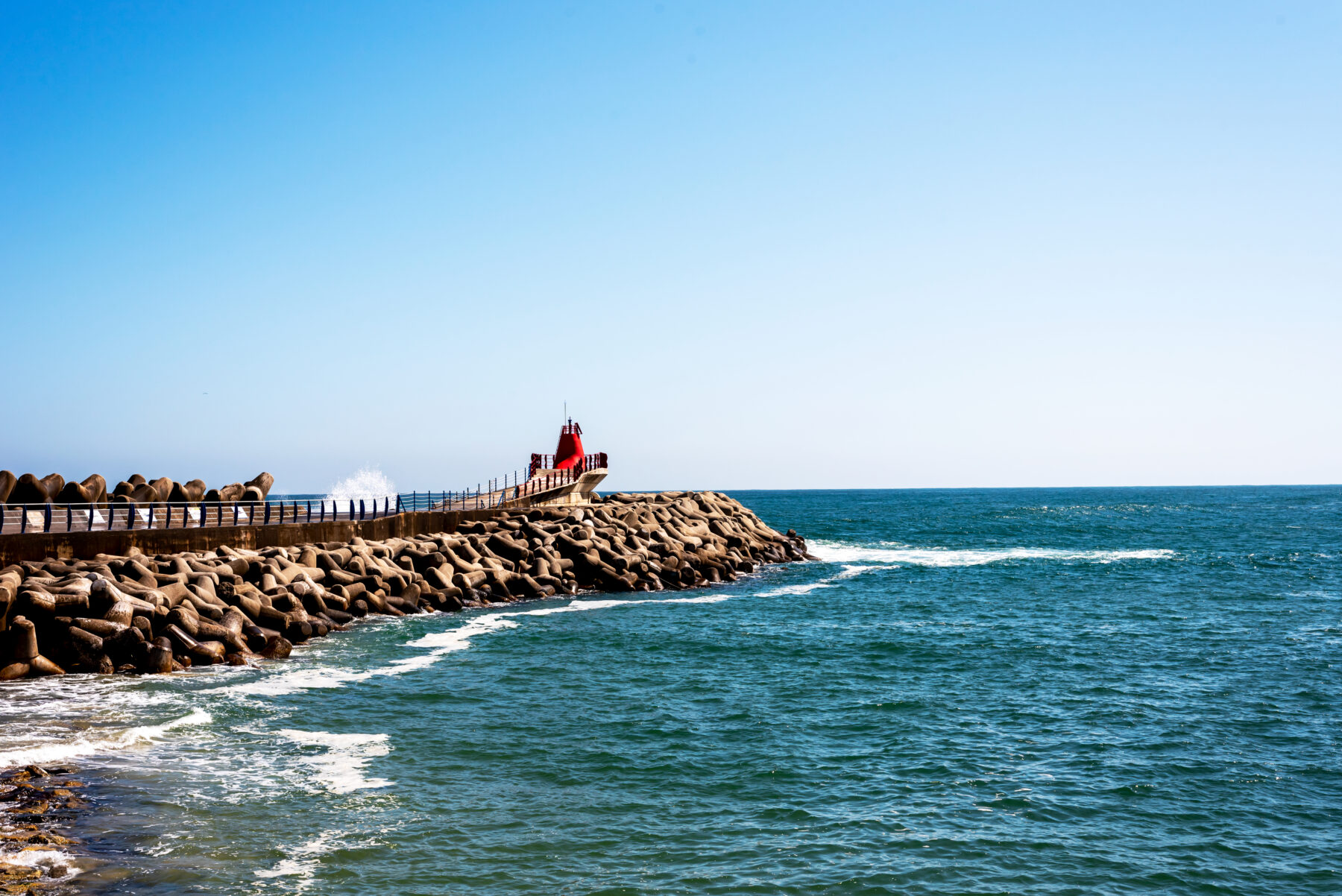 In the upper portion of the East Sea, divers can catch sight of smaller anemones scattered over the indented areas of rocks. The water temperatures in this region are usually dependent on the season – which also affects the type of marine life that you encounter. For instance, in May, the water temperatures in this area are usually lower than 10°C, and you can find the anemones sticking out through the rock crevices. By July, the temperatures begin to rise and divers can spot jellyfishes and other pelagic fishes.

In the region of Goseong, divers will encounter a variety of shipwrecks, mostly vessels that were deliberately sunk after they were no longer operational. Another unique and interesting feature of this dive is an odd-looking sunken chimney, which has proven popular with divers as well as serving as a productive artificial reef. The chimney is home to anemones that have attached themselves to the structure.

For more travel advisories in East Asia, get your copy of Asian Diver Magazine Issue 1/2021 available online at Asian Geo. 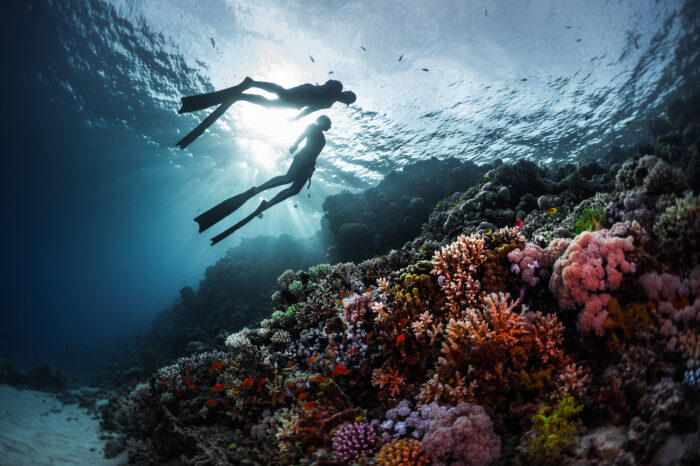 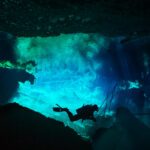