There is something inherently poetic about the way a dolphin glides through the ocean – whether that’s hunting a school of fish in tactical formation, or hanging, curved, in the air like a gymnast gracefully executing a floor routine. We just can’t seem to get enough of them, and so divers travel the world in pods to try and experience that special connection that only certain mammals can ever create with a human being. To help you find your very own connection, we give you the top 11 spots in the world to dive with dolphins:

Travel to the third-largest, and youngest, shield-volcano island of the Galápagos, Fernandina. The bottlenose dolphin is a year-round frequent visitor here, often seen playfully riding the bow waves of ships and yachts, or spontaneously interrupting divers over 10 metres deep by shouting in clicks and whistles. This is a premier location for coming fin-to-fin with one of Nature’s smartest entities.

Fancy diving down with a spinner or spotted dolphin? Kona is one of the world’s ultimate places to witness them, wild. Many day trips are available to follow dolphin pods as they break the surface of the ocean, gliding almost naturally in the air. It’s a picture-perfect moment, and a unique dive opportunity to journey to one of the resting places of these mammals.

Dive the destination that many wild spotted dolphins call home. The patchy crystal ocean that surrounds the shores of Grand Bahama offers incredible encounters below, and guaranteed dolphin sightings from above.

The sun-baked days and cool evenings of the Red Sea aren’t the only selling points of the region. Dolphins frequent this almost bespoke underwater world of densely populated coral cities and winding canyons, which appears to be tailored to their needs. Because of this divine dolphin Ithaca, we can enjoy incredible encounters both above and below.

Africa is a continent often revered for its incredible encounters with the wild world: lions of the savanna; elephants roaming deserts in large, but fragile, herds; and crocodiles that scowl at zebras on the riverside. But just off the coast of Cape Town, sometimes bathing nonchalantly in a body of water that some of those previously mentioned animals could only ever dream of (without the salt), huge pods of dolphins ride the waves as they shadow the annual sardine migration.

Famous for its large spinner and bottlenose dolphin habitat, which features just off its black-sand beaches, Lovina is a world-renowned dolphin hotspot.

In the cold, silent morning, when the sun has barely risen, the black dorsal fin of an orca pierces the surface, like the dark sail of some haunted ship. Among divers, encountering these animals is one of the most sought-after experiences, so it’s no wonder thousands of divers hunt the fjords (a prime orca destination) to come within sight of the famous “killer whales”. 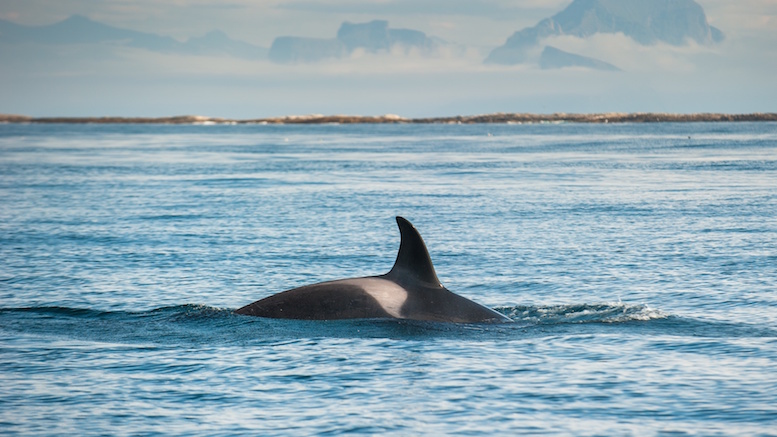 Australia’s largest and most-accessible fringing reef allows you to simply tip-toe across the white sandy beaches and wade through the shallow lagoons into the deep. From there you’ll find the acrobats of the ocean, bottlenose dolphins, who are frequent visitors.

Located on the east coast of the South Island, Kaikoura’s picturesque setting is the ideal platform to dive with or watch the dusty dolphin, which are sometimes found in pods of up to several hundred strong.

This is home to the world’s largest spinner dolphin colony, numbering in the thousands or possibly in excess of 10,000. One of the best day trips is to get up before sunrise and be shuttled from your hotel to the cliffs above the beach where the dolphins return from feeding all night in the open sea.

Fancy coming up-close to a top photography subject, the striped dolphin, in crystal-clear water? The Azores offers some of the most interesting encounters with one of the ocean’s most intelligent species. 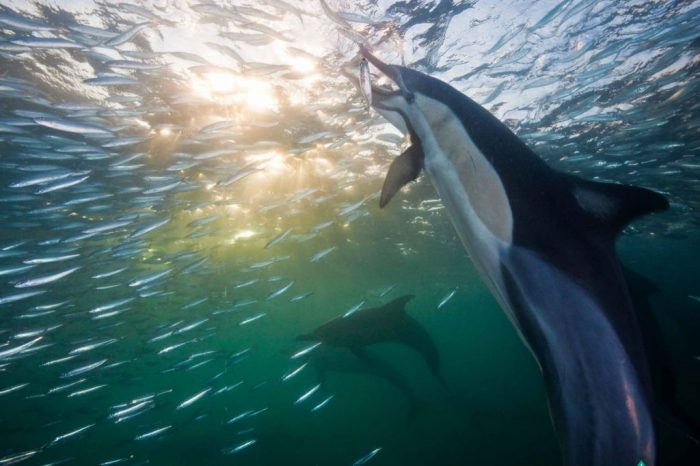 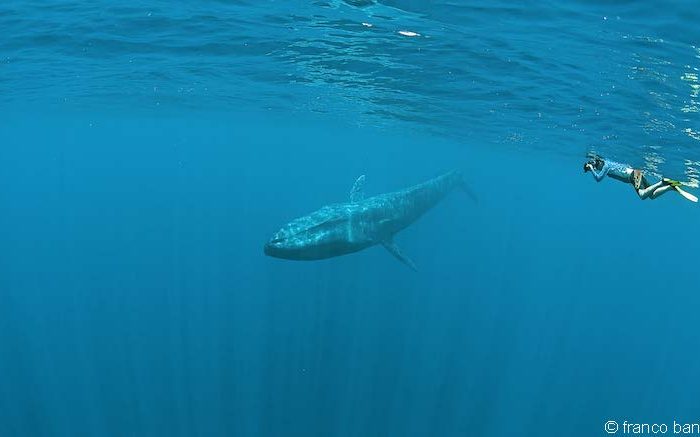 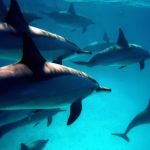