Ninety nine percent of 500 coral reefs surveyed in the Australian Great Barrier Reef’s pristine north are being hit by a global bleaching event that’s already slammed reefs in the Pacific islands of Hawaii, Vanuatu, American Samoa, and Fiji, as well as parts of the Caribbean, Florida Keys, and Indian Ocean.

Scientists in the water have recorded coral mortalities of up to 50 percent in some areas, with reefs around ecotourism destination Lizard Island among the worst hit. The island had average sea surface temperatures of 33 degrees Celsius during February.

“Every reef except four in 1,300 kilometres are bleached and most of them are bleached in the most extreme category, which is more than 60 percent of the corals,” reef scientist Terry Hughes of James Cook University, who is leading the aerial and sea surveys, told Mongabay. He added that reefs with 60 percent or more bleaching would have “heavy mortality.”

Starting March 22, aerial surveys flew a total of 4,000 kilometres to survey 500 reefs from Cooktown in Queensland’s north to Papua New Guinea. A second mission flew further south from Cairns to Townsville looking for the southern limit of the bleaching. Hughes told Mongabay the surveys will continue south next week until they find where the bleaching stops.

The bleaching is not predicted to worsen because the ocean temperature has started to drop with the onset of fall.

In October, the U.S. National Oceanic and Atmospheric Administration (NOAA) announced that the third global mass-bleaching event in history was underway. The event, which started in 2014, is caused by record high global sea temperatures due to a strong El Niño combined with global warming.

Hughes convened Australia’s National Coral Bleaching Taskforce, comprising 10 research institutions, in November in response to the forecasted arrival of bleaching in the Great Barrier Reef. For the monitoring, the taskforce had to charter planes, helicopters, and boats because “budget cuts had curtailed the GBRMPA’s capacity,” Hughes told Mongabay.

When a coral bleaches the algae that gives the coral its colour leaves. If the temperature drops the algae return after a few months. If high temperatures persist the coral dies and falls away from its skeleton. 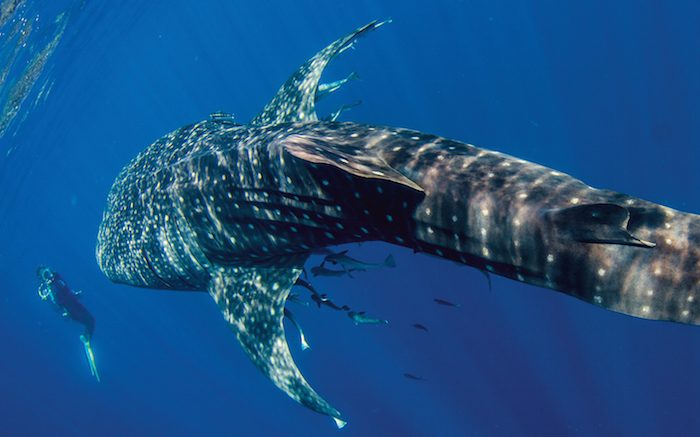 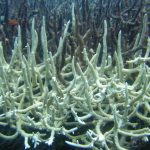