With over 5,500 kilometres of coastline spanning more than 14 degrees of latitude, Madagascar boasts a diversity of marine habitats unrivalled in the Indian Ocean. Not only do these waters attract scuba divers from around the world, they also support the livelihoods of millions of small-scale fishers who inhabit the shores of this island nation.

Like so much of our blue planet, Madagascar’s marine ecosystems face a precarious future, assailed by a growing plethora of stresses, not least increasing fishing effort and destructive fishing practices. Fortunately though, the country is witnessing an astonishing groundswell in community-led initiatives designed to rebuild these fisheries and safeguard marine biodiversity.

This grassroots movement has been spawned by the viral spread of a temporary octopus fishery reserve model, whereby villages periodically close off portions of their gleaning grounds for a few months, which boosts landings and revenues upon opening. This has been fuelling interest in more ambitious management efforts, to the extent that Madagascar now has 63 locally managed marine areas, collectively covering more than 10 percent of the island’s continental shelf.

Velondriake is one such locally managed marine area; one of the very first to be created in Madagascar. Its name means “to live with the sea”, and its ethos reflects a radical new way of thinking about marine conservation. Not only have its 25 member villages spearheaded the octopus fishery reserve model, acting as a demonstration and learning site for hundreds of other communities along this southwest coastline and beyond, they have also challenged their partner organisation, Blue Ventures, to improve access to health services and livelihood alternatives as an integral part of local marine conservation efforts.

The freedom to choose

Blue Ventures’ work in Velondriake began over a decade ago, initially focusing on surveying the region’s coral reefs. With medics on hand to provide care for scuba diving expedition staff and volunteers, it soon became clear that their expertise could serve community needs too.

Responding to requests for reproductive health services, and with widespread community support, Blue Ventures started running a weekly family planning clinic in 2007, offering information and contraceptive options to couples in Velondriake’s central village of Andavadoaka. Since then, this initiative has expanded to serve 40 villages in and around the locally managed marine area.

Blue Ventures employs a midwife who travels from village to village conducting outreach clinics, and 30 local women have been trained as community-based distributors of contraceptives. Couples are now able to choose freely the number and spacing of their births, and it is estimated that over 900 unintended pregnancies have been averted to date among a population of 15,000. Girls can delay their first pregnancy until after they have finished school or even university (with scholarships sponsored by Blue Ventures’ expedition alumni), while women have more opportunities to be economically active.

With the majority of families in Velondriake utterly dependent on fishing and octopus gleaning for food and money, the community association governing the locally managed marine area was convinced that alternatives would be needed to reduce pressure on their marine ecosystem… Enter the remarkable – yet distinctly uncharismatic – sea cucumber.

Sea cucumbers are bottom-dwelling echinoderms (close relatives of starfish) that are prized and consumed in Asia for their purported medicinal and aphrodisiac properties. Much like a garden earthworm, they play a crucial role in recycling nutrients in sediments, forming the bedrock of complex marine food chains. Although they once littered Madagascar’s ocean floor, wild stocks have crashed in recent years, driven by growing demand from Asian markets.

Velondriake communities are profiting from this trend by procuring juvenile sea cucumbers produced in a hatchery using patented technology by regional marine institute IHSM, then growing them out in basic mesh pens across shallow bays and selling the fullsize adults back to seafood exporting company IOT. Blue Ventures facilitates these partnerships and business skills training for the farming teams. Alongside sea cucumber rearing, seaweed farming is also emerging as an environmentally sustainable and economically important complement to fishing across Velondriake.

The evolution of this deeply pragmatic approach to marine conservation, blending fishery reserves with family planning and aquaculture, has been guided by the sagacious leader of the Velondriake locally managed marine area. Standing in the middle of the sandy quad between the Safidy health clinic, community education centre 2 and Blue Ventures conservation office in the village of Andavadoaka, Mr. Roger explains the logic:

“Family planning lets couples choose how many children they have, while marine reserves help to increase fish catches. If our population isn’t growing so rapidly and the fish catches are increasing, then we can have a better balance between fish stocks and our population. This means that people and the environment can live together, and we all benefit from this.”

Andavadoaka itself is a hive of activity at the epicentre of these efforts, with Blue Ventures’ interdisciplinary team gathering weekly for coordination meetings; a chance to identify opportunities for working together more efficiently through boat pooling and shared activities. The local community welcomes visitors regularly – other fishers, government officials, funders, conservation organisations, journalists and scuba diving enthusiasts – all eager to learn from their experiences.

This 360° response to the multidimensional challenges of conserving Madagascar’s staggering marine biodiversity is making waves around the island and across the western Indian Ocean. Traditional fishers, octopus gleaners, sea cucumber farmers and midwives are rallying around Velondriake’s vision to generate a triple win for ecosystem health, coastal livelihoods and community health. A new national network of conservation and health organisations, supported by Blue Ventures, is advancing this holistic approach throughout Madagascar. 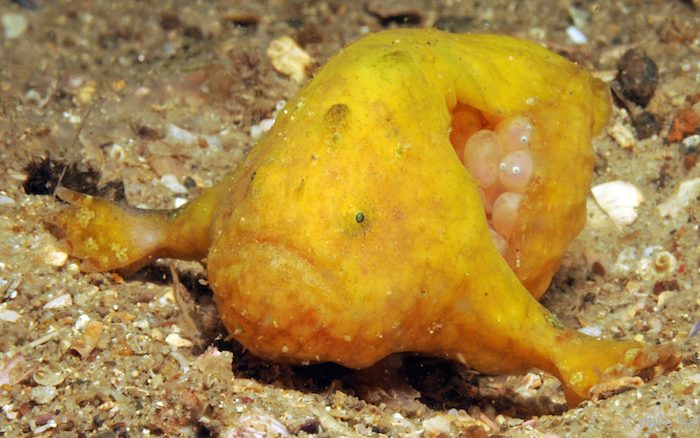