Post-trip report: Scuba Diver in the Maldives with Nadine Chandrawinata

We take a look back at Scuba Diver’s post-ADEX 2014 expedition to the Maldives. Where the fantastic ADEX Ocean Ambassador (2014-2015), actress and beauty pageant winner (known best for representing Indonesia in the 2006 Miss Universe Pageant), Nadine Chandrawinata joined an experienced dive team, including ADEX Ambassador of Photography Aaron Wong, to explore the vast underwater megalopolis of the Maldives.

They recount their experiences:

“Kicking away from the reef at around 25 metres, I follow Pierre as he heads out into the blue. For a few minutes all we see is water, until a huge school of chevron barracuda pass by below us.

Then, around three metres under us, a shiver of around 20 grey reef sharks emerges from the left, while, from the right, a school of about 10 eagle rays comes soaring in. Pierre dives down, parallel to the rays and into the middle of what becomes a chaos of species. 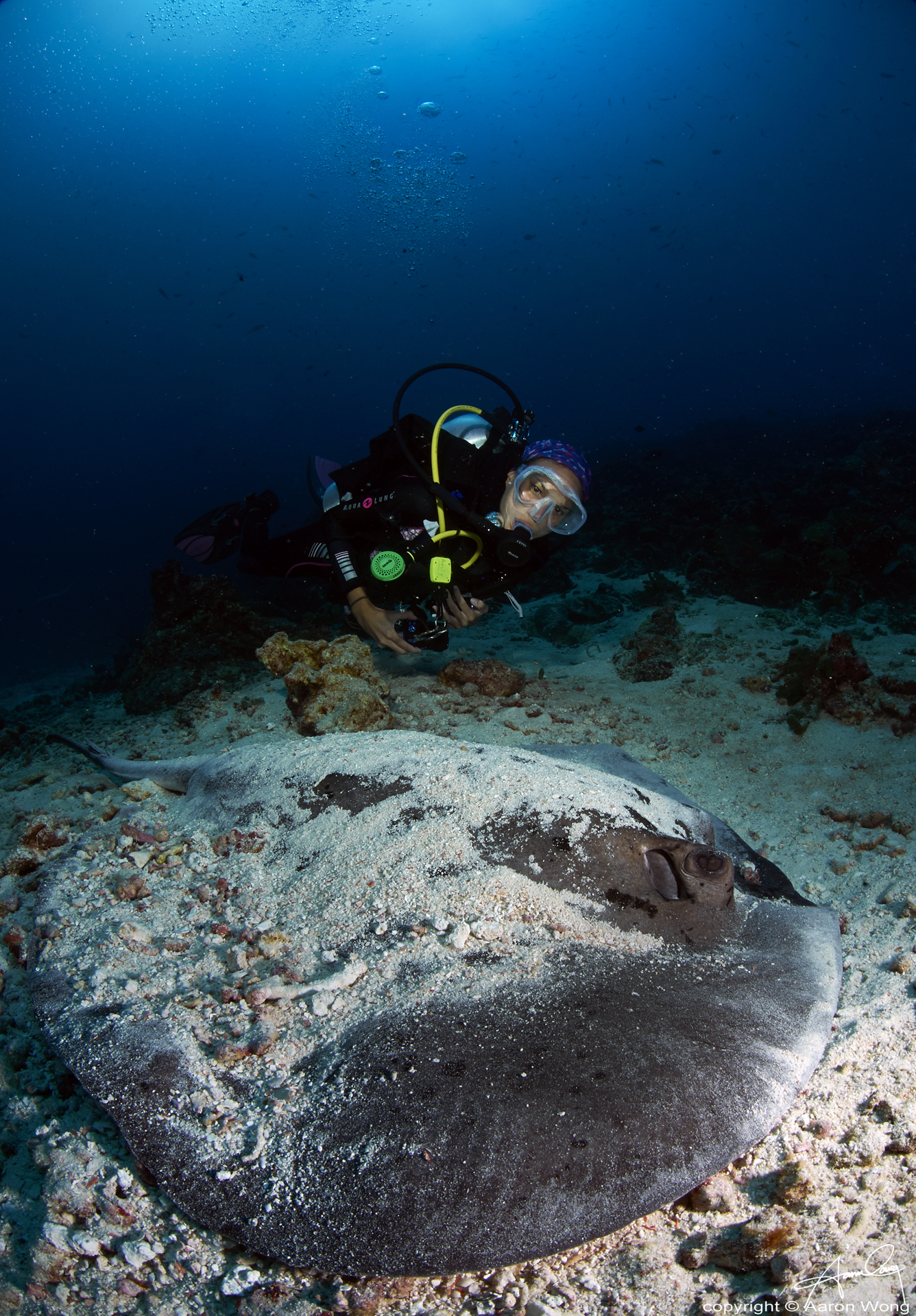 Trying to avoid the bubbles, the rays turn, swerving into the path of the grey reefs, literally crashing into the sharks that nonchalantly shrug off the collisions and continue on their way.

“Only in the Maldives…” said William Ban, fellow liveaboarder.

Big names with big passion for the underwater world, one big, luxury boat and some big underwater animals – it doesn’t get much better than this. The first Scuba Diver Group Expedition was a phenomenal experience.”

“The whole atmosphere was just awesome. But the highlight for me was meeting the very beautiful and interesting Nadine, and the talented Aaron Wong. Followed closely by experiencing a pod of more than 30 dolphins. It was just incredible, hearing them approaching for about five minutes, getting louder and louder, the anticipation building, and then seeing them pass overhead, silhouetted against the surface…”

“Diving is not all about the underwater experience, but also the time you spend above the water – the company, the boat, the set-up. It’s the icing on the cake and this trip had it all” 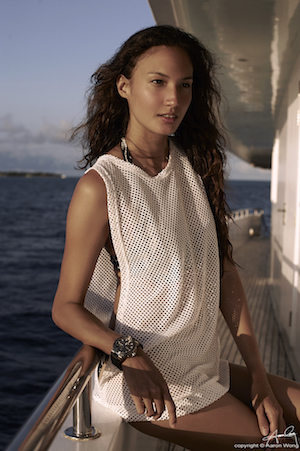 “I felt like I met a whole new family – everyone with a passion for the ocean, with the same mindset.

“The Maldives is the place to come for the big fish. The thilas make it so different from anywhere else. But I will never forget the afternoon we spent on Sexy Beach. Such an incredible place and we arrived at the perfect time; the light was beautiful. Being surrounded by great people with such wonderful energy, everyone smiling – unforgettable.”

‘I loved the night dive with the new LED and UV lights – this new technology brings out colours in the reef that I have never seen before. And with the new cameras, I’m able to capture the kinds of images I couldn’t have captured before. It’s got me hooked on diving again!”

“Dropping into the middle of a very strong current, the water full of plankton and looking up to see the shadows of quite a number of sharks moving in the water, it was like watching it on a screen.”

Watch this space for more in

Images by Aaron Wong. To see more of his incredible work, click here. 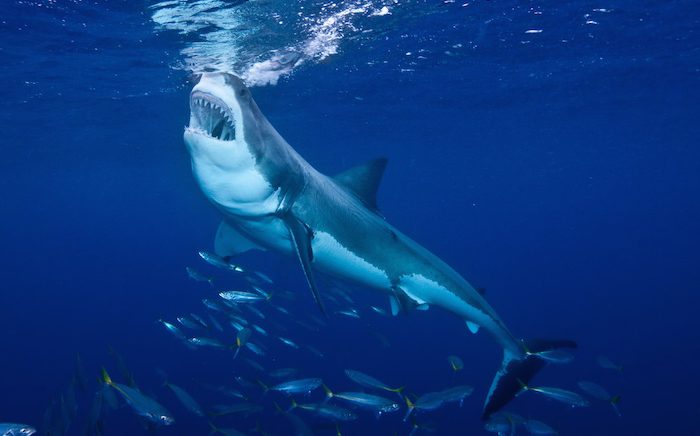 6 Things Not to Do If You Love Sharks 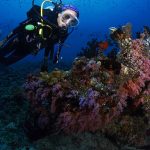 Post-trip report: Scuba Diver in the Maldives with Nadine Chandrawinata