The maritime disaster on Christmas Island represents a timely reminder that we must not sacrifice our marine environment for the sake of a quick buck.

In the dawn light, endemic Christmas Island frigate birds watch from the amphitheatre of cliffs that surround Flying Fish Cove, like silent sentinels in the darkness, as sea conditions worsen.

Down below, at the foot of the crescent-shaped bay, the MV Tycoon, an 85-metre Panamanian-flagged cargo ship is moored. Her crew awaits daybreak to finish loading bagged phosphate bound for Malaysia. But the swell rises before the sun, and the second mate wakes the Master to warn him of the deteriorating weather conditions.

Three hours later, with the swell still on the rise, the stricken Tycoon looms dangerously close to the limestone cliffs. Eventually, under the influence of the confused sea, the mooring lines give way and the vessel makes first contact with the jagged rock-face. Finally, the call for help is raised, but it’s too little too late.

In a desperate attempt to save the vessel, the ship’s crew cut through the remaining stern lines thinking that the Master would be trying to take the ship to sea – he wasn’t. This action seriously hinders the ship’s ability to avoid the cliff and her inevitable fate is soon realised. All 15 crew quickly abandon ship and are rescued by the Australian Navy. 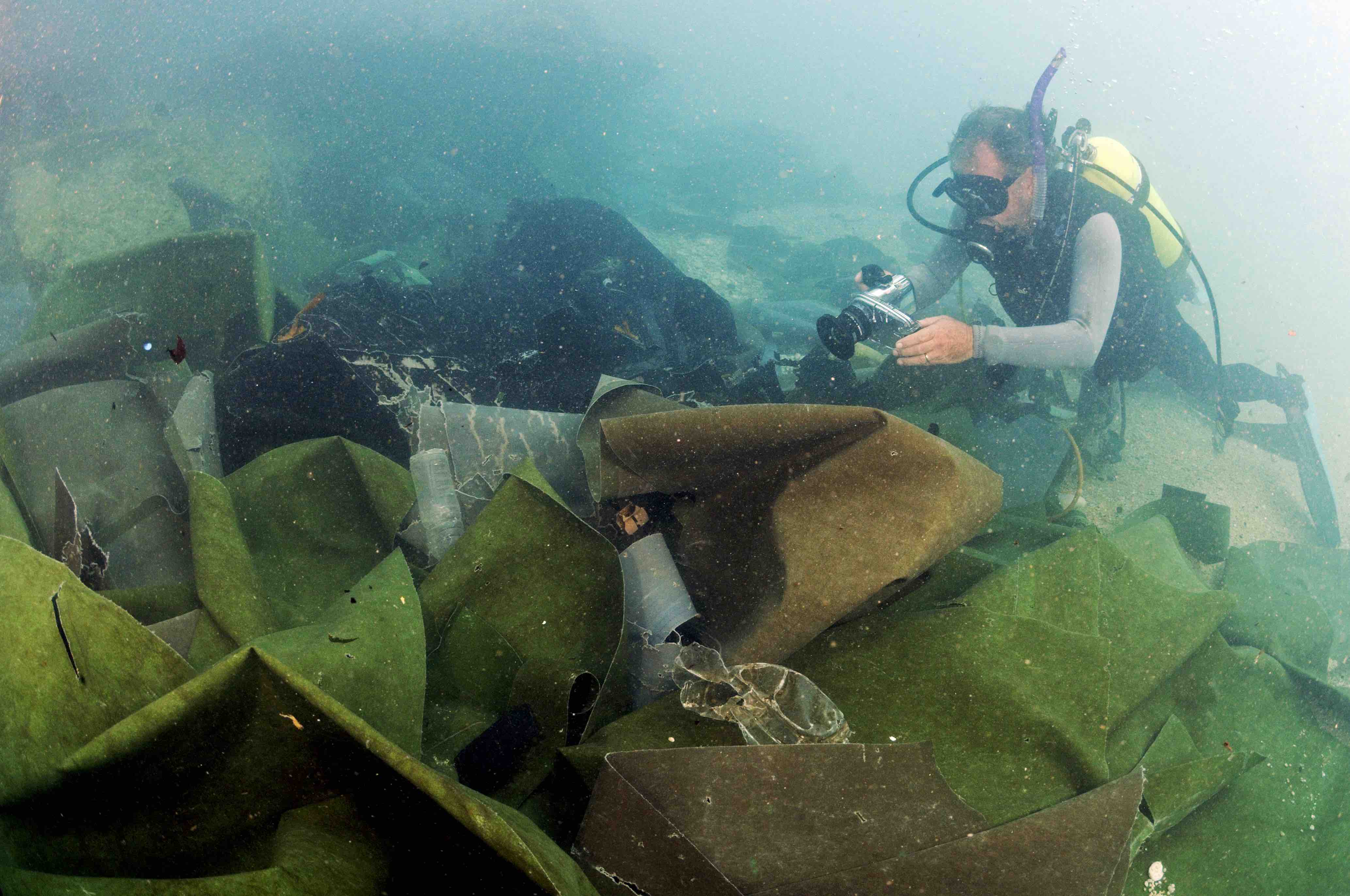 For the remainder of the day and into the next, the Tycoon remains stranded on the shallow coral reef. Winds of up to 30 knots and a swell over three metres cause the starboard side to tear open against the cliff and spew-out an oily broth of pollutants that turn the bright blue Indian Ocean black.

Dr Jean-Paul Hobbs, a Post doctoral Research Fellow of the Oceans Institute at the University of Western Australia and I arrive on Christmas Island on January 19, 2012 – 11 days after the initial event. We are here to determine the impact of the release of 102 tonnes of intermediate fuel oil, 11,000 litres of lubricant oil, 32 tonnes of diesel oil and 260 tonnes of phosphate into a sensitive coral reef environment.

We are no strangers to Christmas Island’s unique marine ecosystem, having studied the reef here for the past seven years. During our first expedition in 2005, we conducted a visual survey of fish and corals for Parks Australia and have since made several return trips.

We are constantly taken aback each expedition; the crystal clear waters and diverse colour palette of the pristine coral reef are magnetic. The island’s steep and dramatic coastline continues into the sea with breathtaking underwater cliffs plummeting into depths beyond 5,000 metres.

A narrow ribbon of coral reef encompasses the island and acts as a living veneer of life that supports thousands of marine species, from endemic gobies smaller than a child’s finger to seasonal aggregations of threatened whale sharks. The reef’s precipitous walls are coated in extravagant fan corals, while in shallower water complex hard coral formations and dramatic cave systems set the perfect scene for massive groups of batfish and schools of nocturnal flashlight fish.

As we examined the reefs more closely, we soon discovered they are unlike any other in the world. The island’s unique position – 350 kilometres south of Java, Indonesia – means it is located within a convergence zone of Indian and Pacific Ocean marine fauna, making it a major meeting place for closely related species that are not normally found together. 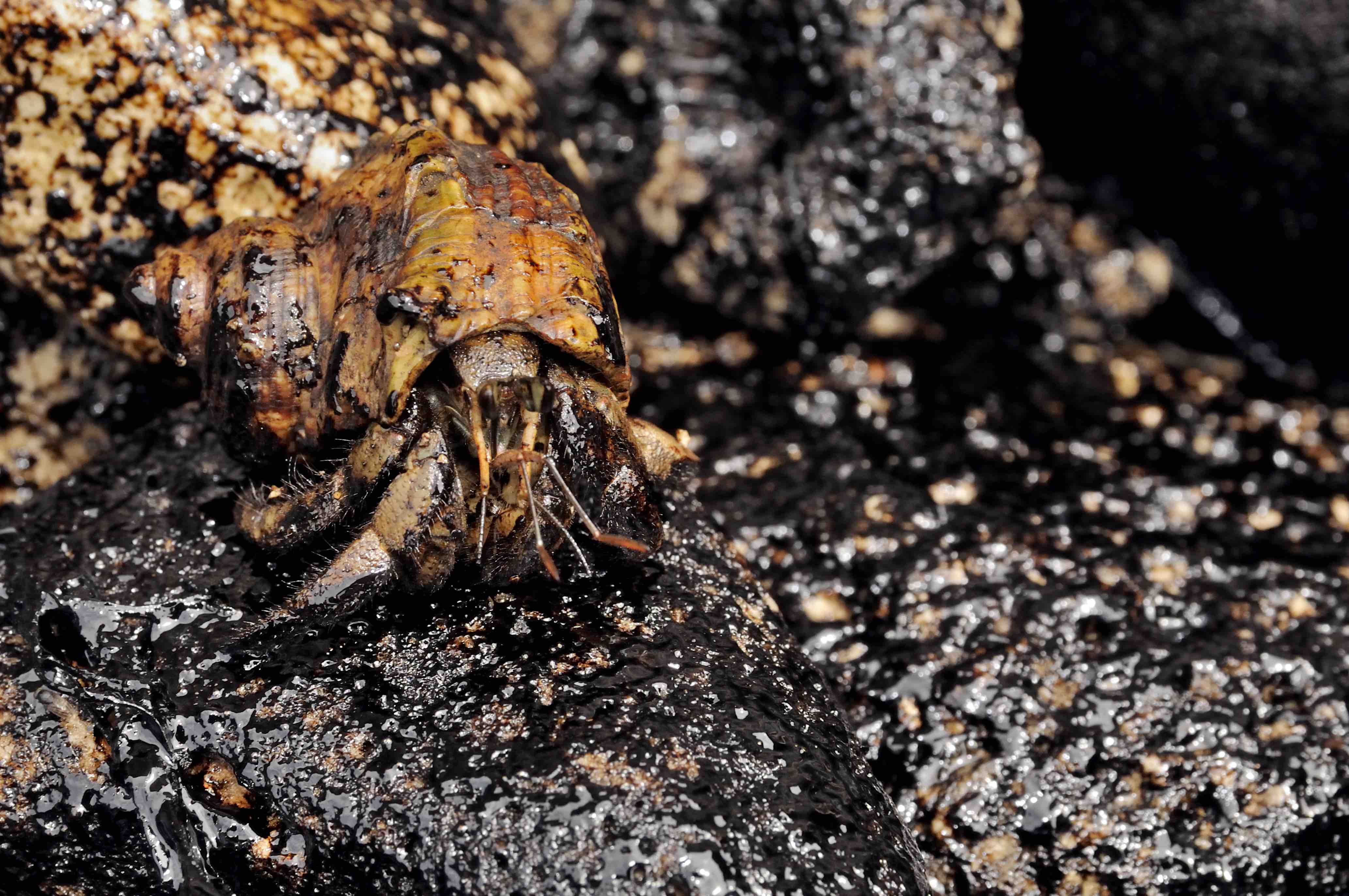 This rare meeting of species presents a unique opportunity to interbreed and produce hybrids found nowhere else in the world in such high abundance. We discovered that Christmas Island has the most hybrid marine fish of any other destination in the world. Rare combinations have been found within a growing list of families such as angelfish, surgeonfish, wrasse, unicornfish, triggerfish, pufferfish, butterflyfish, damselfish and groupers.

Through our research, we soon found that the island’s marine environment is spectacularly unique and parallels its world-renowned terrestrial biodiversity. The two systems, however, are inextricably linked, as illustrated by the famous spawning migrations of land crabs that travel every year from the forest to the coast to release billions of eggs into the sea. Similarly, both systems also share the same threats posed by human activities, with the island’s phosphate mine having the most obvious impact.

For the rest of this article (Asian Diver 2014 Issue 2 No 131) and other stories, check out our past issues here or download a digital copy here. 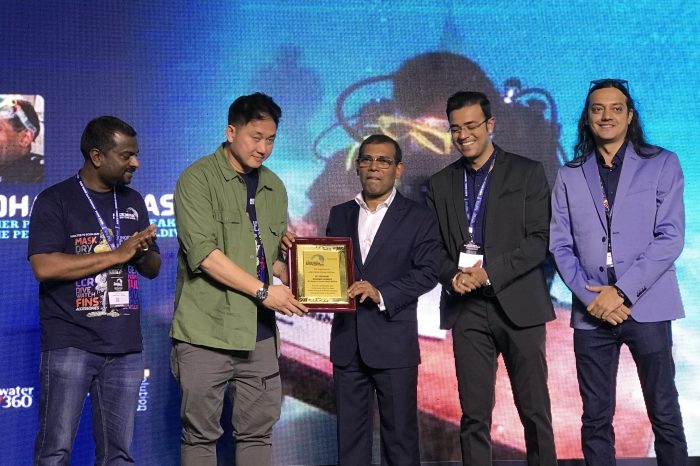 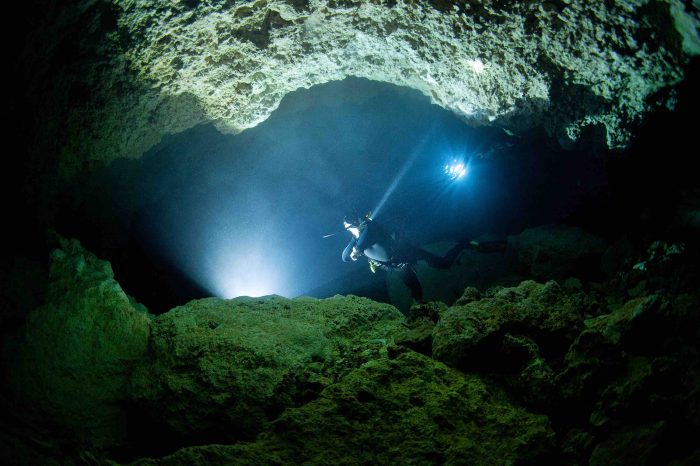 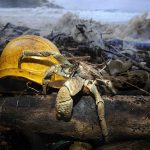