“Suddenly I was thrown back. It’s difficult to explain the feeling underwater – imagine running at full speed against the wind and still being pushed back, against an enormous, invisible force that is simply impossible to overcome. While being dragged back and up toward the surface, I tried to find [my girlfriend],” wrote Yossi Hasson in Haaretz online magazine, recounting his experience of being underwater at Koh Phi Phi when the 2004 Indian Ocean tsunami hit. “It turned out she didn’t have time to cross the coral walls. Instead, she caught hold of a cable that was tied to a buoy, because she knew what she had to avoid – ascending too quickly, lest she suffer the bends.”

There are myriad wild theories on how to survive a tsunami. These horrific, destructive seismic sea waves that tear through coastal settlements and wipe out buildings, trees and human lives. As we write this, the warning sirens on the northeastern coast of Japan are wailing as a 7.4-magnitude earthquake has triggered a tsunami. As civilians seek higher ground, and leave behind their homes for what could be the last time, once again the world nervously waits to see what impacts an earthquake of this size will bring.

As a diver, chances are you’ll spend many a diving vacation at the coast. To help you identify and understand the effects of a tsunami strike whilst you are diving, we bring you all the information on what to look out for and the risks: 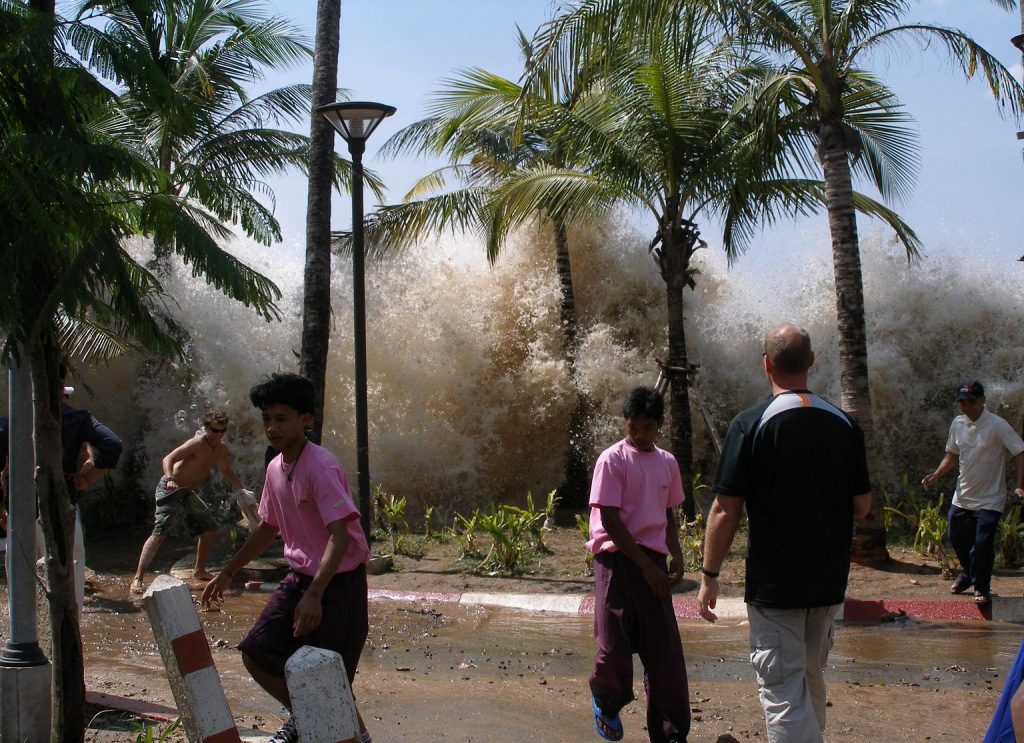 What is a tsunami?

Tsunamis are giant waves caused by earthquakes or volcanic eruptions under the sea. Out in the deep ocean, tsunami waves do not dramatically increase in height. But as they travel inland, the waves quickly increase in height as the water depth decreases, giant walls of water potentially smashing the coast. At the same time, the speed of tsunami waves also depends on depth rather than the distance from the source of the wave. In deep water, tsunami waves can travel as fast as commercial planes; it’s only when they reach shallow water that they slow down.

Tsunamis can strike at any time, but they sometimes come with warnings – when on dry land, check for these scenarios: 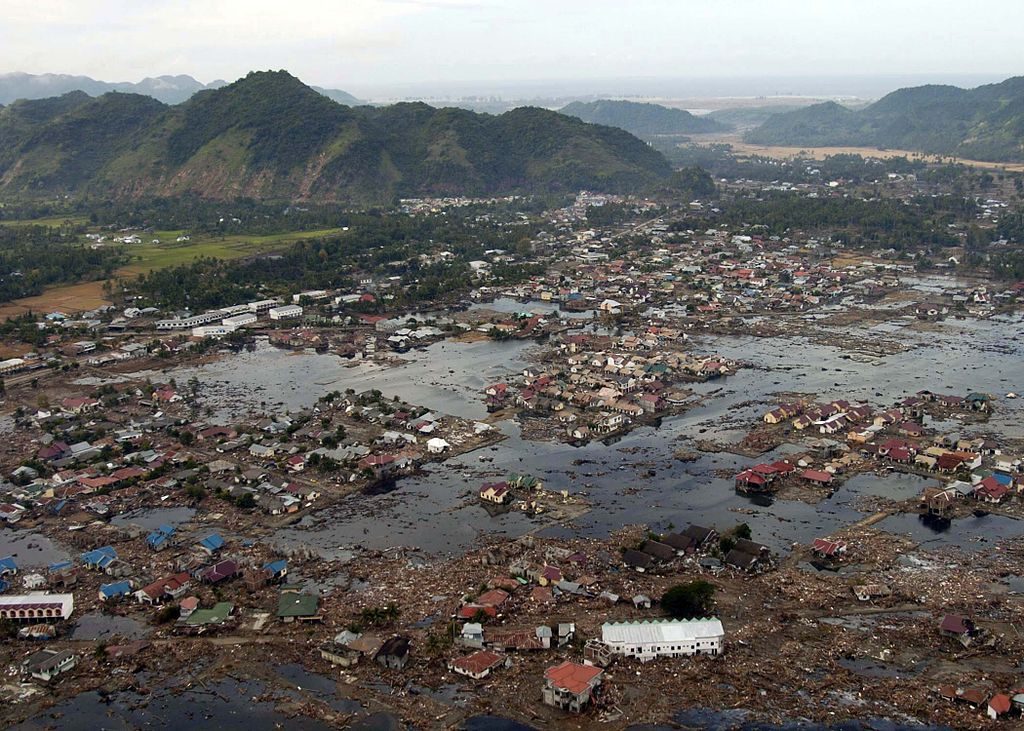 Tsunamis are much less dangerous when you’re out at sea – it is thought that a diver at a depth of around 20 metres and 200 metres away from land would barely notice what’s going on above. A tsunami can affect the underwater world in a number of ways: If the diver is caught in violently spinning currents, it will feel like they’re in a washing machine turning over and over. If the water is surging in one direction, then the diver will be pushed in that direction. Of course, with this kind of extreme movement underwater, divers can become vulnerable to various dangers.

Those dangers can be fatal, depending on how shallow or deep you are:

There are stories dotted all over the Internet that tell of divers’ luck in surviving huge tsunamis. Sometimes that is all it really is – luck. But we hope this brief guide will help in your understanding of what is going on, if you are ever unfortunate enough to get trapped within one. 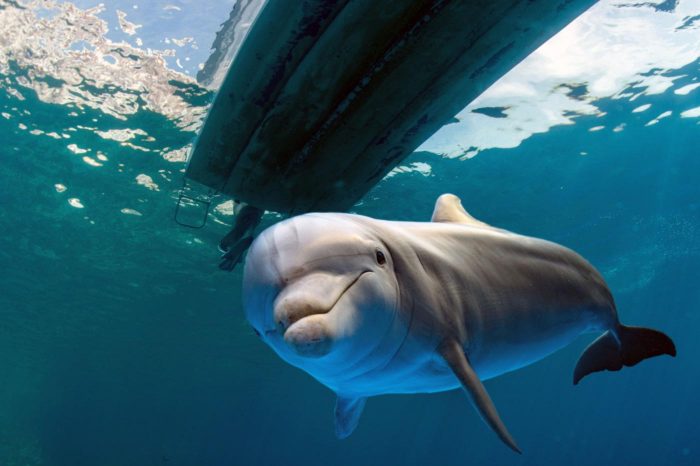 10 Reasons Why Dolphins Are the Kindest Creatures in the Ocean 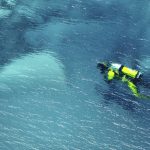