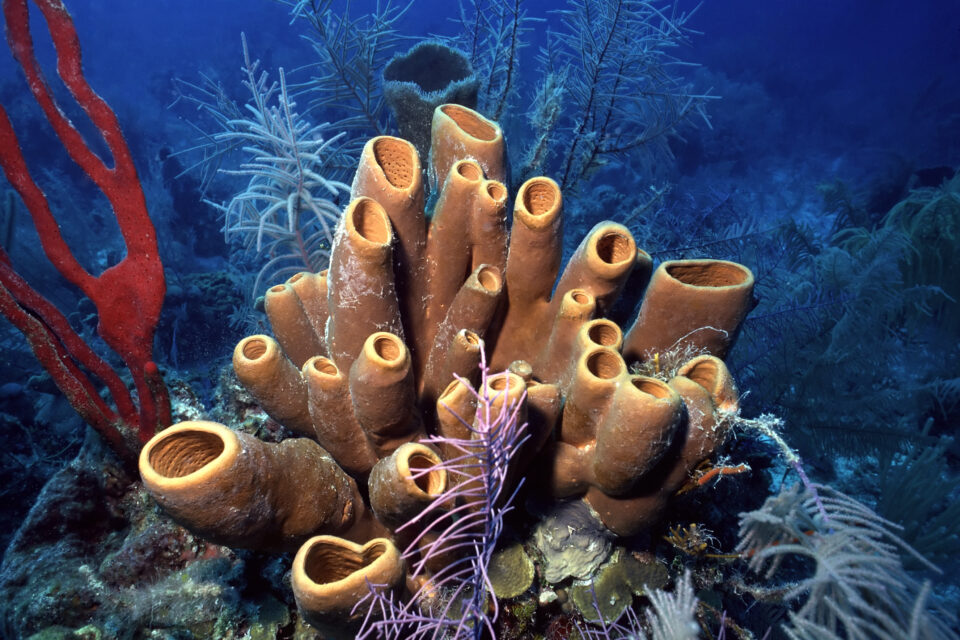 The sea sponge is one of the world’s simplest multi-cellular living organisms. They have been present on Earth for around 500 million years. There are over 5,000 identified species – 200 of which can be found in fresh water.

They are often mistaken as corals or plants; lacking the features we commonly associate with living animals, such as brains and hearts. Nevertheless, despite their seemingly uninteresting appearance, sponges are actually vital and dynamic creatures. Here are 17 fascinating facts about them.

1. Sponges belong to the phylum Porifera, Latin for “pore-bearer”, which refers to the countless tiny openings, or “ostia“, visible on all sponges.

2. Sea sponges are “filter feeders“, as they feed by actively filtering water through their pores, ingesting water-borne plankton and other simple microscopic life.

3. Sponges can filter a huge mount of water every day – roughly 20,000 TIMES their own volume.

5. Sponges are also now recognised as a vital carbon sink, absorbing carbon dioxide from the water.

6. One family of sponges, the Cladorhizidae, feed on tiny crustaceans.

7. All adult sponges are sessile (they do not move).

8. Some sponges have spiny defensive “spicules”, made out of a mesh of protein, spongil, and calcium carbonate.

9. Sea sponges are hermaphrodites, with the characteristics of both sexes. Reproduction amongst sponges occurs in two forms, sexual and asexual:

10. Sponge larvae have cilia, or tiny hairs, that they use to propel themselves through the water to find a good place for them to settle.

11. Sea sponges contain a significant amount of iodine. As a result, from the time of the ancient Greeks and Romans, through to the Middle Ages, people used them for medicinal purposes. Scientists are currently researching sea sponges for possible applications in the treatment of cancer.

12. The size of a sponge is determined by the rates at which water can flow through their body. Large, healthy sponges can often be found in places through which nutrient-rich currents flow.

13. The smallest species of sea sponge is around THREE CENTIMETRES, with the average size of the largest sea sponge being from one to two metres.

14. The largest sea sponge ever discovered was a Monoraphus sponge that grew to be over THREE METRES WIDE.

15. Sea sponges can be found in all oceans of the world, from the tropics to the poles.

16. Sponges inhabit a huge range of marine ecosystems, from intertidal zones down to the deep ocean trenches, and from sunlit reefs to dark caves.

17. Some sponge species may live for 200 YEARS or more. Based on growth rates, scientists speculate that some specimens could be as much as 5,000 YEARS OLD. 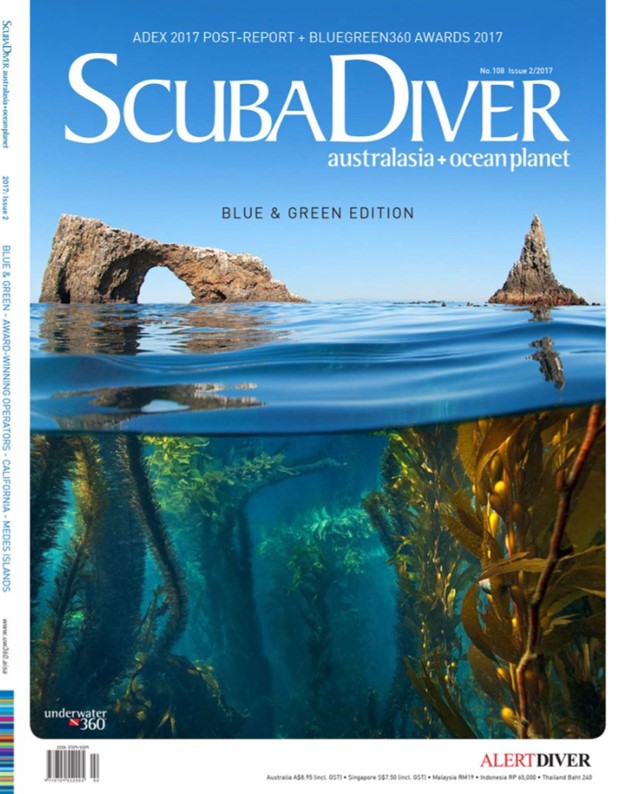 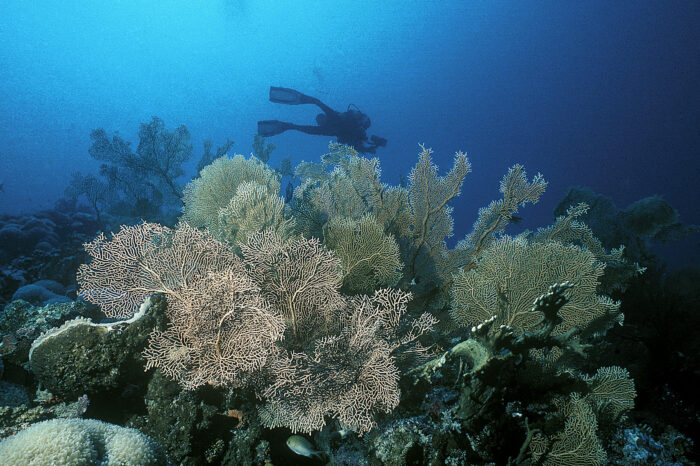 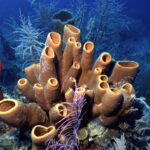