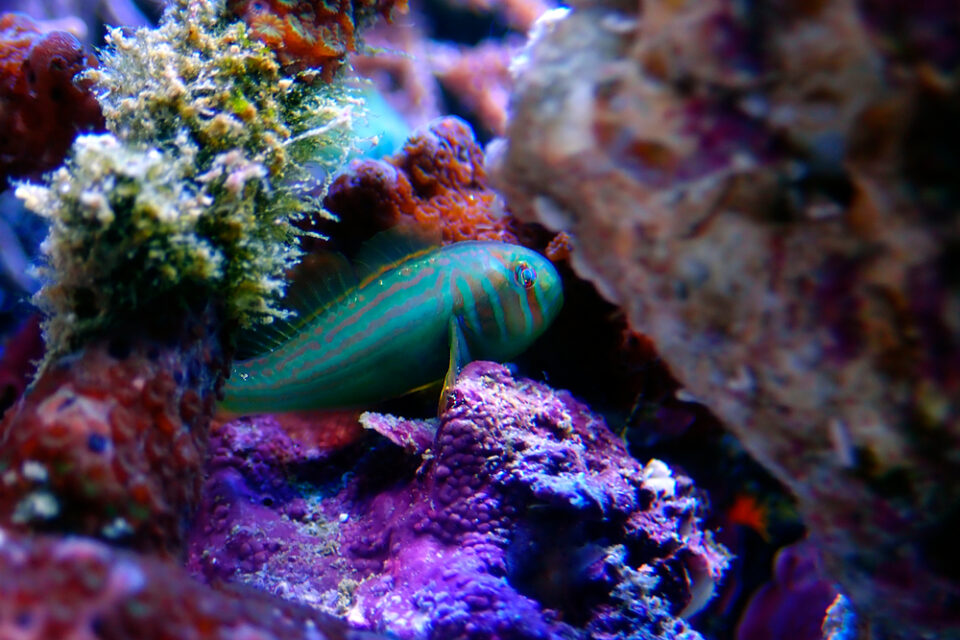 One does not have to dive 80 metres to observe gobies. Sometimes, even a snorkelling excursion into a seagrass area shallow enough to stand will allow you to see many of these small fishes at all depths in-between. These small fishes live a peculiar life that is interesting to many, so here are 4 fun facts you probably did not know about gobies!

1. Goby species schindleria brevipinguis (stout infantfish) takes the crown of being the smallest fish and smallest vertebrate in the animal kingdom!

The adults of the stout infantfish species measures only a minuscule 6.5 millimetres. For comparison, that’s smaller than the size of an American dime! Stout infantfish – The smallest fish and smallest vertebrate in the world

This is so-called a pedomorphic fish, stuck in an early stage of development akin to the juvenile forms of related fish. Several bones in the head of the schindleria never fully develop, and the fish generally looks like a larva even when it is mature enough to reproduce.

Some coral-living gobies actually communicate with their corals! Corals are often engaged in a rough struggle for territories just like free-moving animals. In the case of immobile organisms, the struggle for territories is fought by trying to overgrow or poison one’s adversary. Corals frequently have troubles with algae and seaweeds which attempt to overgrow and suffocate them. This is where gobies come in! When faced with the presence of a pesky seaweed, the corals secrete a chemical signal, directed at the gobies, that acts as a call to arm against the seaweeds. The gobies in this drama are Gobiodon histrio and Para echinocephalus, which are both shown in the photos respectively.
3. Shrimp and Gobies unite! There are more than hundred species of goby that share a burrow with a shrimp! The division of labour sees the shrimp dig a burrow in the sand, jointly used by the crustacean and goby. Whenever the crustacean comes out into the open, it keeps in close contact with the fish. Usually, the shrimp touches the dorsal, caudal or anal fins of the goby with one of its antennae. This interspecies touchy-feely behaviour serves the purpose of communication: when the area is clear of predatory fishes, the goby stays still when fondled by an antenna from behind; when a threat to the lives of the shrimp and goby approaches, the goby starts to wiggle its fins and tail. This so-called “tail flick” is an orange alert directed at the shrimp and signals that an attack by a hungry fish-and-shrimp eater is not imminent, but likely.
4. Gobies are able to scale up waterfalls 10,000x their body length!
These tiny fishes living in the freshwater of Hawaii are able to scale up waterfalls that are up to 350 metres in height, which amounts to about 10,000 goby body lengths. In comparison, 10,000 human body lengths amounts to about a height a of 17 kilometres – about twice the altitude of Mount Everest. Gobies have to struggle against onrushing water during a climb equivalent to twice the altitude of Mount Everest in human terms! A truly Reinhold Messner Esque feat, achieved by every single goby found in the upper sections of the Hawaiian high elevation freshwater streams. Do these facts about gobies impress you? Want to learn more about the curious lives of these tiny fishes that are capable of incredible feats in their struggle to survive in the cruel animal kingdom? Do check out the Asian Geographic e-Shop at https://shop.asiangeo.com/product/the-lives-of-gobies/ to get a copy of The Lives of Gobies By Dr Klaus M. Stiefel! The book will tell you all you need to know about these special and fascinating fishes. 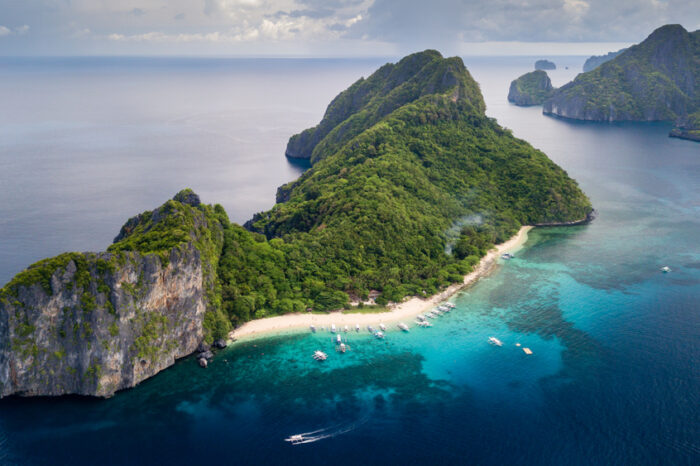 Siquijor and Palawan Island – Where to go for Divers? 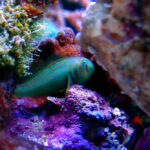