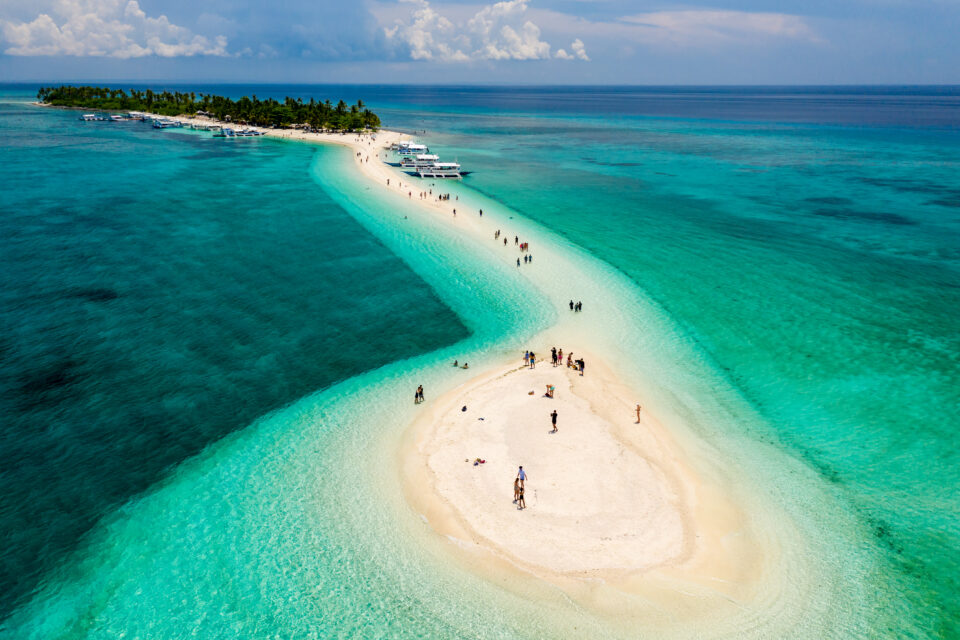 By various contributors
Images from Shutterstock

For some big experiences, you need to seek out some of the region’s tiny islands. From towering columns rising from the ocean floor, swept by huge currents and frequented by megafauna, to isolated sandbars wreathed with palms and colourful critters, isn’t it time you get “Castaway” from it all…? 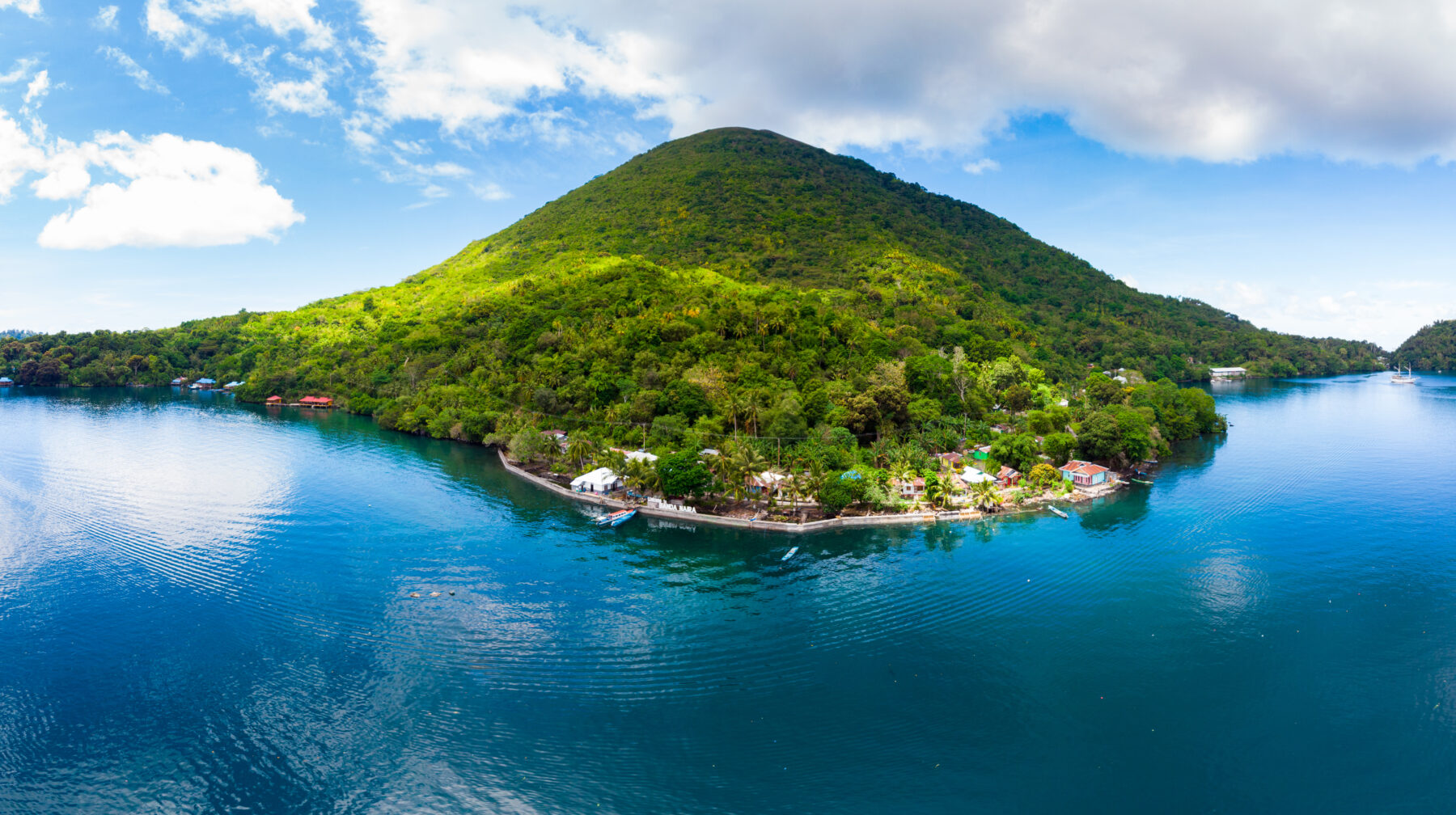 Gunung Api, or Snake Island, is one of the most isolated and rarely visited dive spots n the middle of the vast Banda Sea, one of the “Forgotten Islands”. This tiny island extends upwards from a depth of around 4,000 metres, ending in the 240-metre-high, perfectly cone-shaped summit of a partly active volcano. The first divers here, more than 20 years ago, where shocked by the exceptionally large population of sea snakes that inhabit the shallow water close to the rocky shore.

Today, the place almost guarantees a close encounter with more than 100 sea snakes on a single dive. They are curious and unafraid of divers, swimming up, brushing against you and swimming away. Some will buddy up with you as you descend the wall to depths of more than 30 metres. Extraordinarily, these airbreathing reptiles have been recorded diving to up to 180 metres, breath holding for up to two hours. Most are Chinese sea snakes, Laticauda semifasciata, an oviparious species. And this is probably the secret of their numbers – the rocky shore is full of tiny crevices and caves where the snakes can hide their eggs from greedy seabirds. 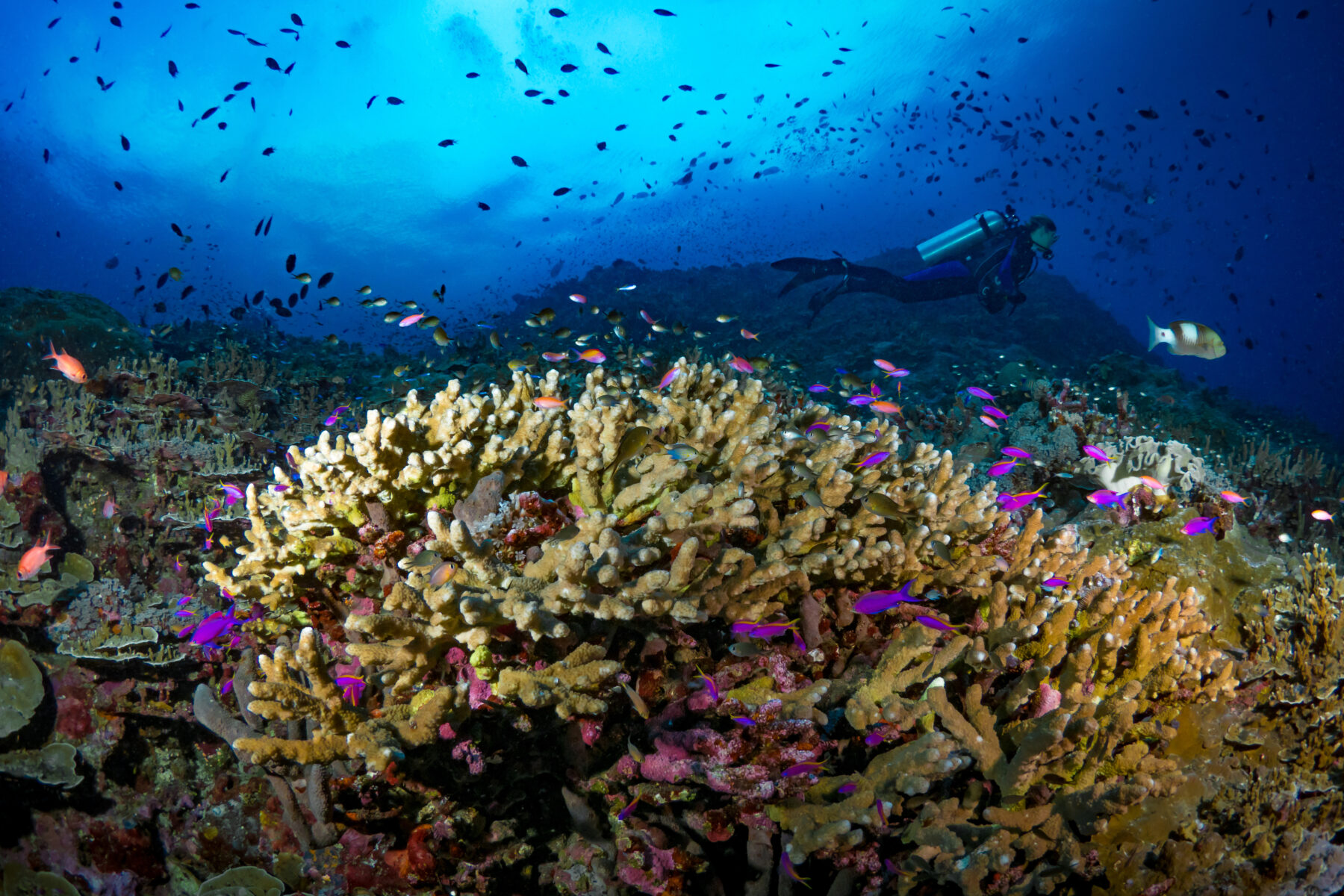 Despite the devastation of the slash and burn agriculture on land, the underwater world of Kimbe Bay remains an important biodiversity hotspot boasting more than 60 percent of the coral species of the entire Indo-Pacific. Because of a massive die-off of coral worldwide due to pollution, human activities, and global warming, Kimbe Bay has become increasingly important, since it is seen as one of the last holdouts for coral should the degradation continue. In this amazing bay in the Bismarck Sea a pearl stands out more than others; Restorff Island is a small island of fascinating beauty, and not just below the surface…

The emerald green water shines at dawn, the uncontaminated and virgin vegetation make the island look like something out of the movie Jurassic Park. But Restorff Island underwater is even more splendid, with a rich reef of colourful hard and soft corals, sea fans and giant sponges. Schools of different species of fishes surround you on every dive, and at night incredible critters welcome you to the deep blue…. 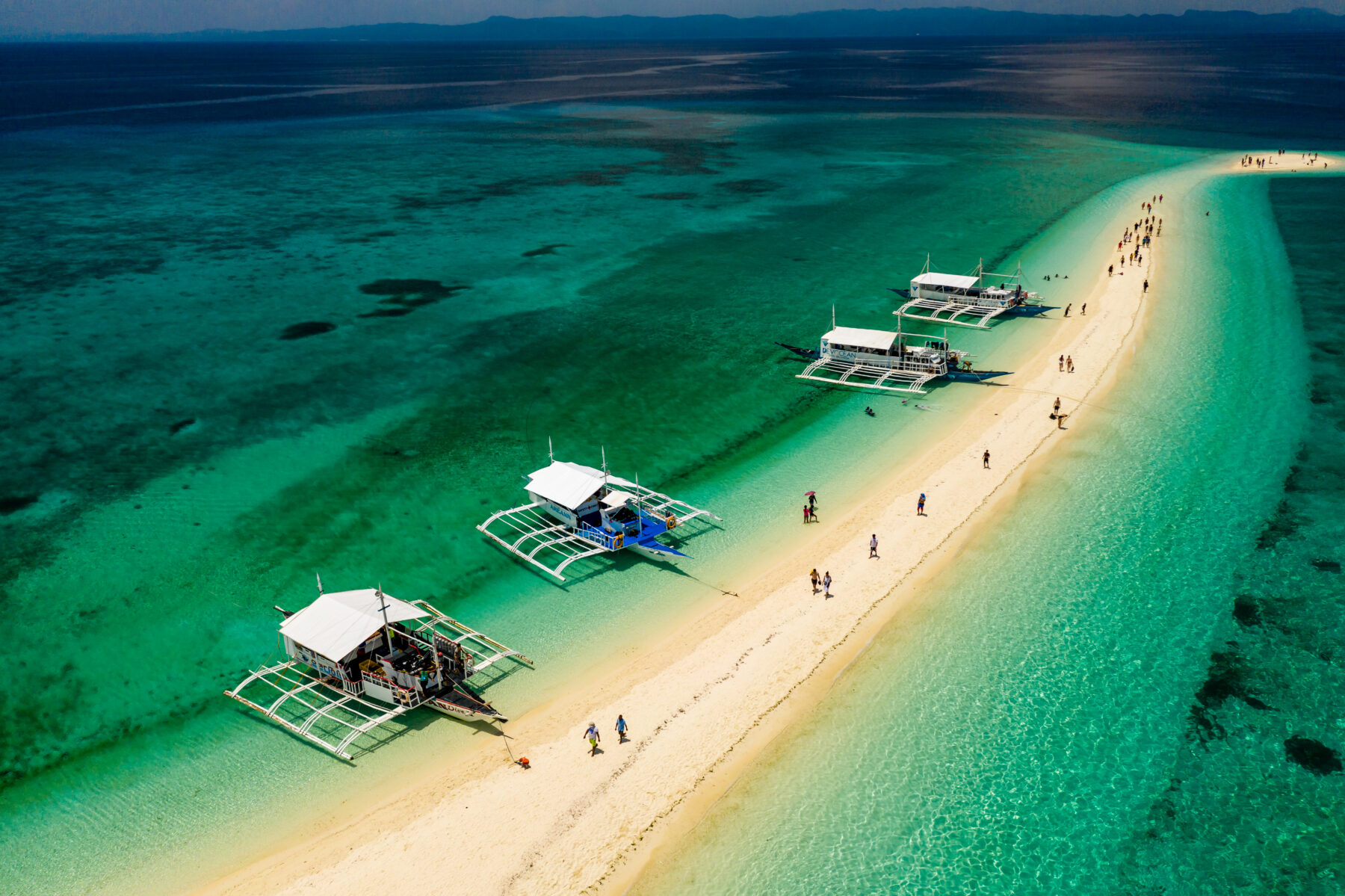 Kalanggaman, an island of white sand, is a short boat ride from Malapascua and makes a very nice day trip. The island’s sand banks are formed between currents, extending dramatically outwards. Dives here are mostly wall dives but there are shallow areas too, with coral bommies and a sandy bottom. On a sunny day the colours are amazing and the fish life is extremely impressive, with smaller fish, nudis, and shrimps great targets for the macro shooter. Between dives, you can have your lunch served on this beautiful little island, resting in the shadow of the palm trees. 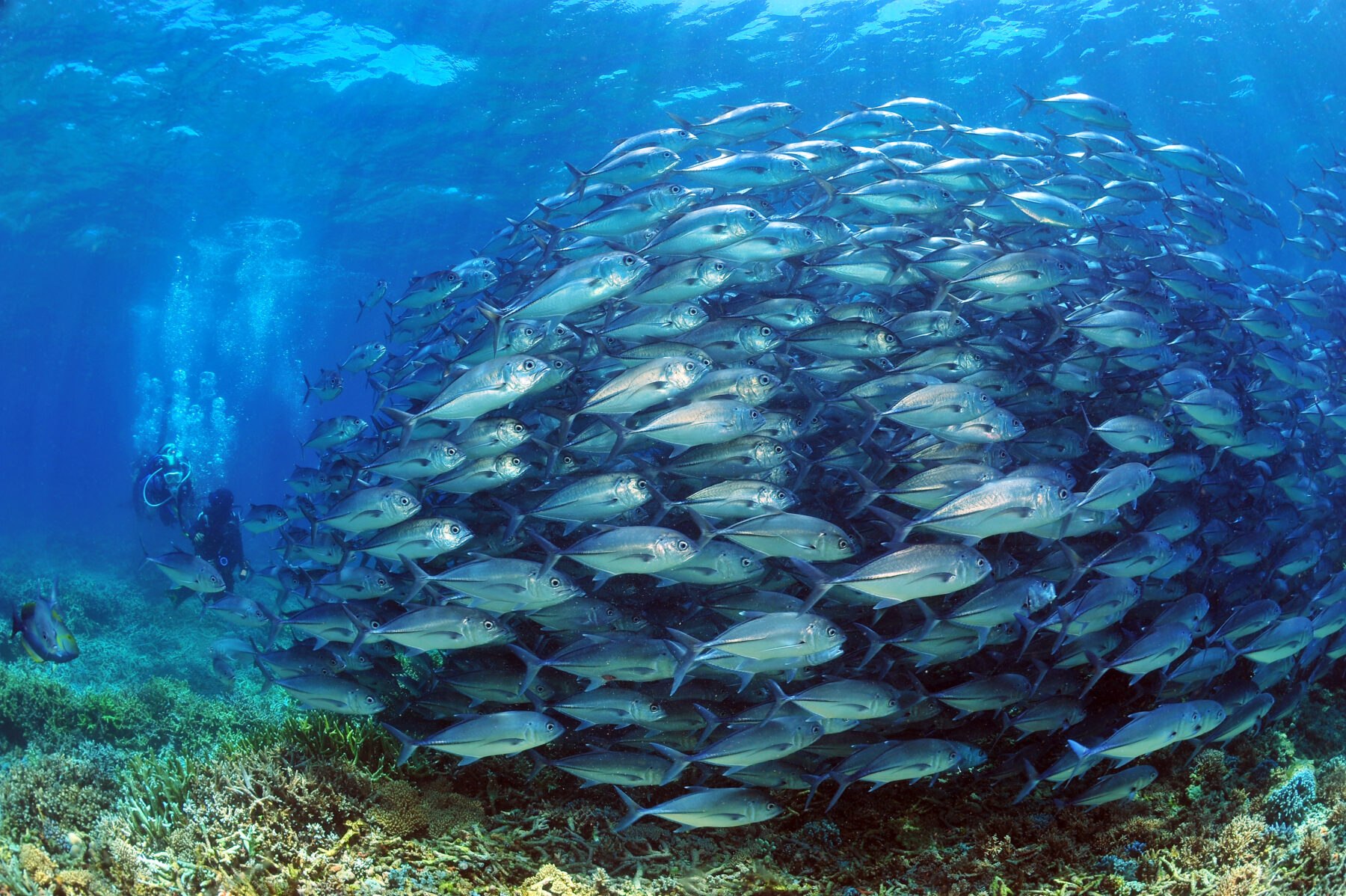 A short boat ride from Mabul Island, where the vast majority of resorts are located, Sipadan Island pokes its head above the horizon, a tropical paradise with white sands dividing the palm trees from the turquoise water. This must-dive site runs on a permit ticketing system, limiting diver numbers and making it a haven for fish life and pristine untouched coral walls.

From the moment your mask clears of bubbles after rolling off the boat, a vast city of underwater life opens up. Fish of every size and colour dart in schools like peak hour in a capital city. With bright fan corals and huge plates and branching coral clusters bustling with life, this dive site is a list topper for almost everyone who has the privilege of visiting it. The highlight of this site? The tornadoes of barracuda contrasting their silver blue against the Technicolor reef system and the morning train of bumphead parrotfish coasting across the shallow reef, right on schedule. 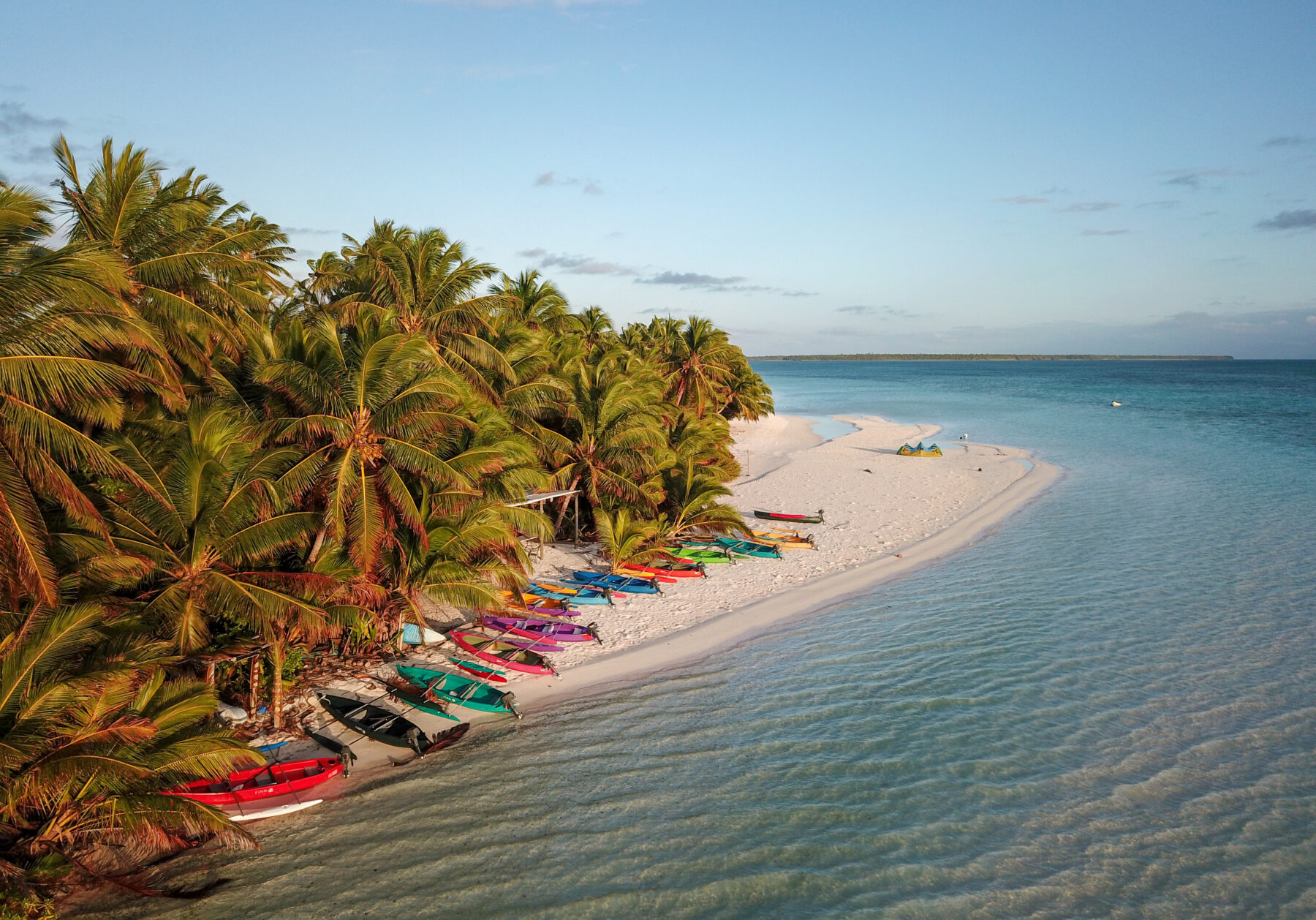 This isolated coral atoll located in the middle of the Indian Ocean offers a picture postcard island getaway. Comprised of a ring of 27 low-lying sandy islets covered in rustling palm trees and bright yellow sandy beaches, the most prominent feature of the dreamy destination is the electric blue waters that circle the outer island reefs and sheltered lagoon.

The diving here is dramatic: Walls drop away to 3,000 metres and are often vertical, the deeper parts are cover in forests of gorgonian seasons and sea whips, whilst hard corals dominate the shallow sections. Expect to encounter brightly coloured Cocos angelfish, which are only found in these waters, as well as grey reef, whitetip and blacktip sharks, manta rays, green turtles and reef octopus. And, if you’re lucky, a lone dugong occasionally visits groups of divers off the northern end of Direction Island. 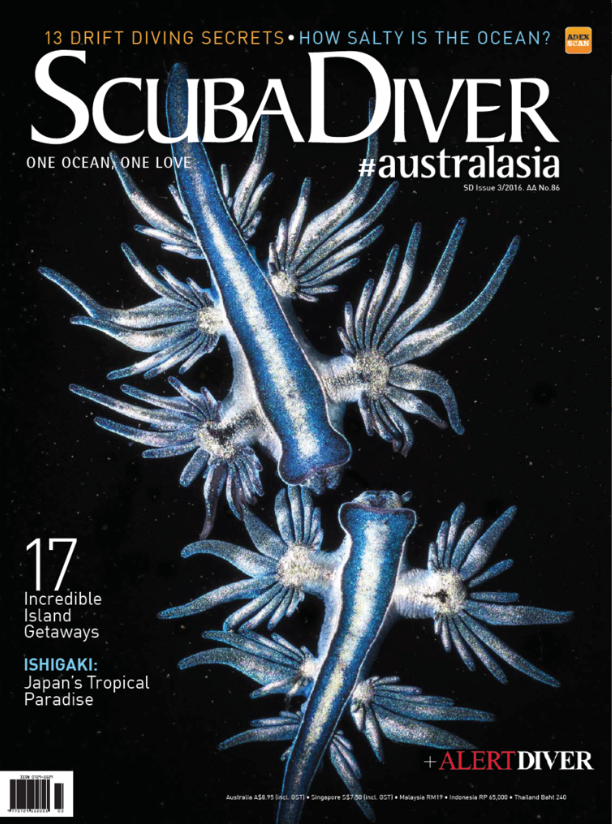 This is just a small snippet from an article titled “17 Magical Island Adventures in the Asia Pacific”. To find out about the other 12 island wonderlands in the region, check out Scuba Diver Issue 3 / 2016 here. 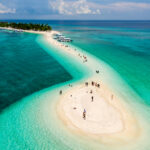