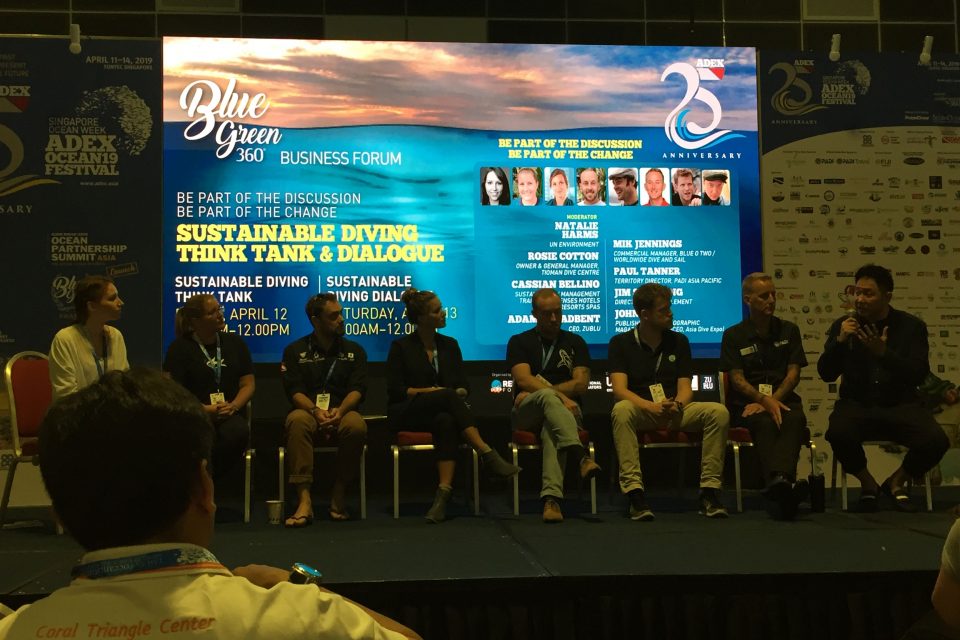 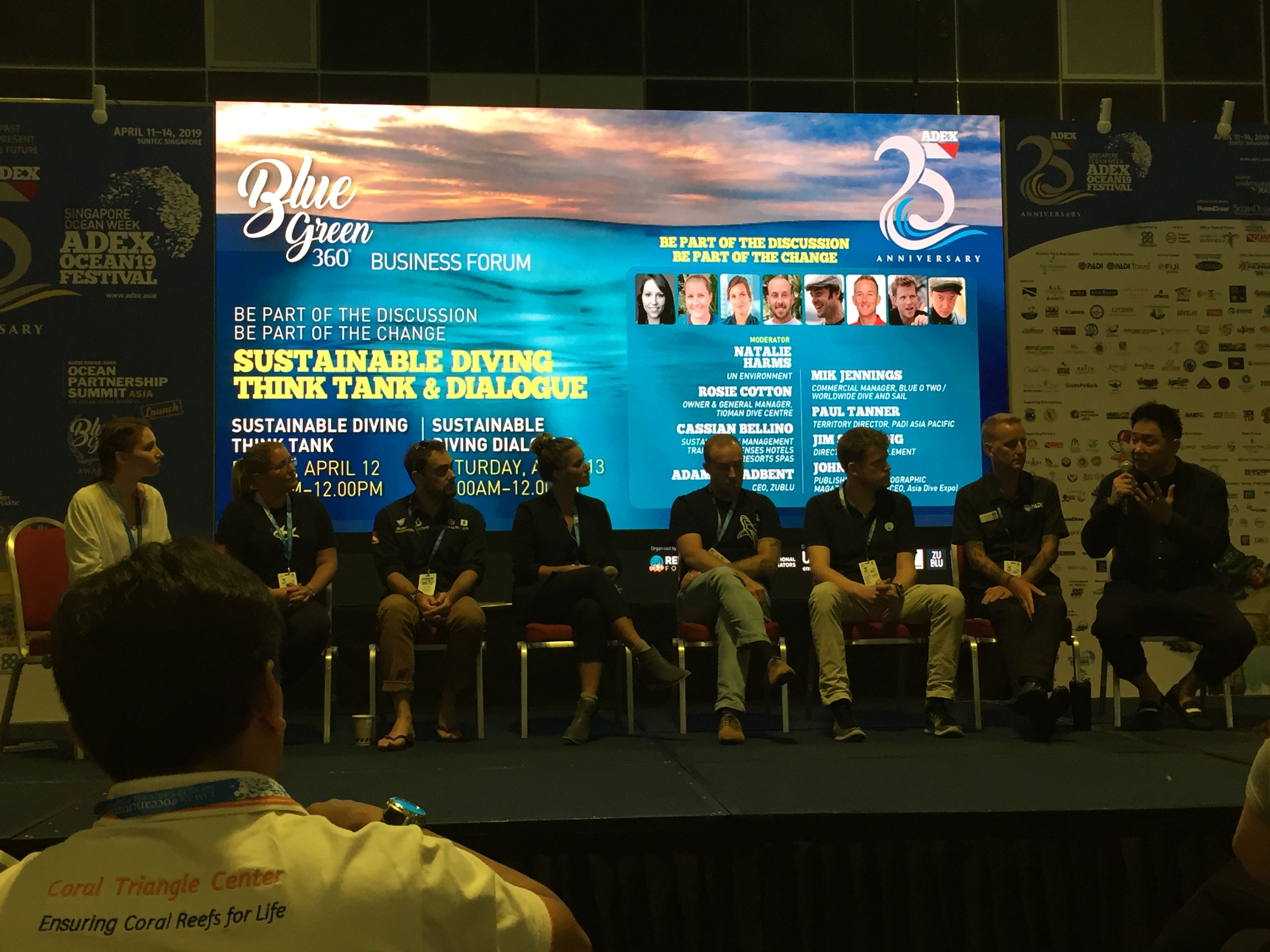 Natalie started the panel by talking about how the UN was working with governments to improve ocean governance by starting regional marine programmes to reduce plastic pollution. With Tioman Dive Centre receiving the Green Fins awards, Rosie Cotton was congratulated by Chloe as Rosie told the audience how Greenfins had helped Tioman Dive Centre with a series of small changes that put them on their way towards sustainability. She was also grateful for the considered actions recommended by GreenFins which promoted change without disrupting businesses. She added that by transmitting the correct sustainability mindsets and behaviour to her staff, the staff were in turn able to pass on this wisdom to customers. Rosie also added that being consistent was key to effective change.

With a footprint of 15 resorts all over the world, Mik Jennings shared his experience of obtaining sustainable products for all of Blue O Two’s resorts, which proved to be a headache as distributing products from a central source could often lead to a bigger carbon footprint as opposed to sourcing items were locally.

With audiences encouraged to join in the dialogue, Bruce Dudley, Senior Vice President of Globe Series, ADEX Singapore’s partner in the Ocean Partnership Summit in Singapore next year, posed a question to the panelists about whether any of the panelists had seen tangible rewards from being sustainable. Adam Broadbent from ZuBlue acknowledged that while their efforts might initially only be just a marketing benefit, Mik felt that while some were choosing their vacation according  to the green credentials of the resort, many others continue to use price as a major yardstick for their vacation choice. 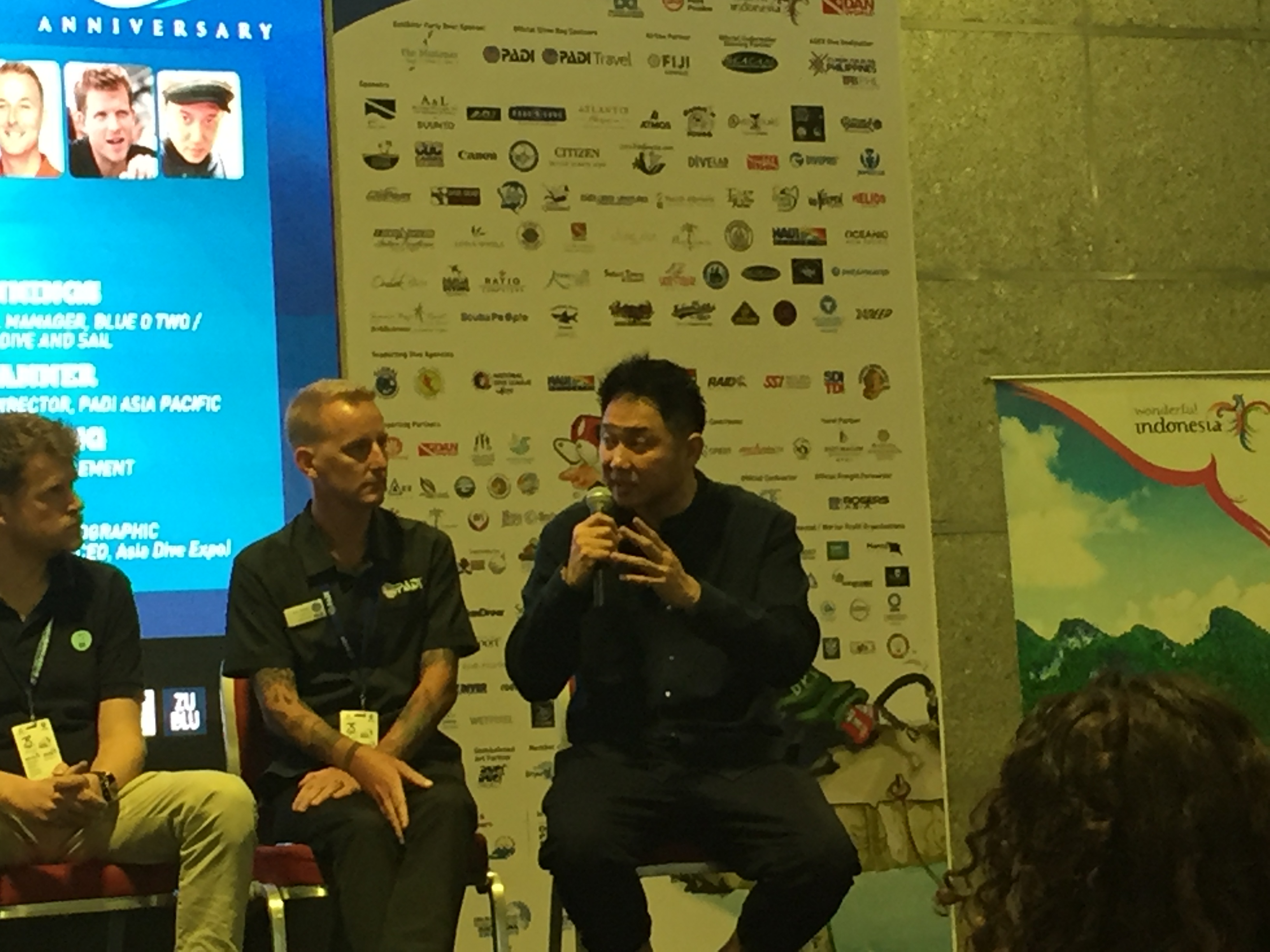 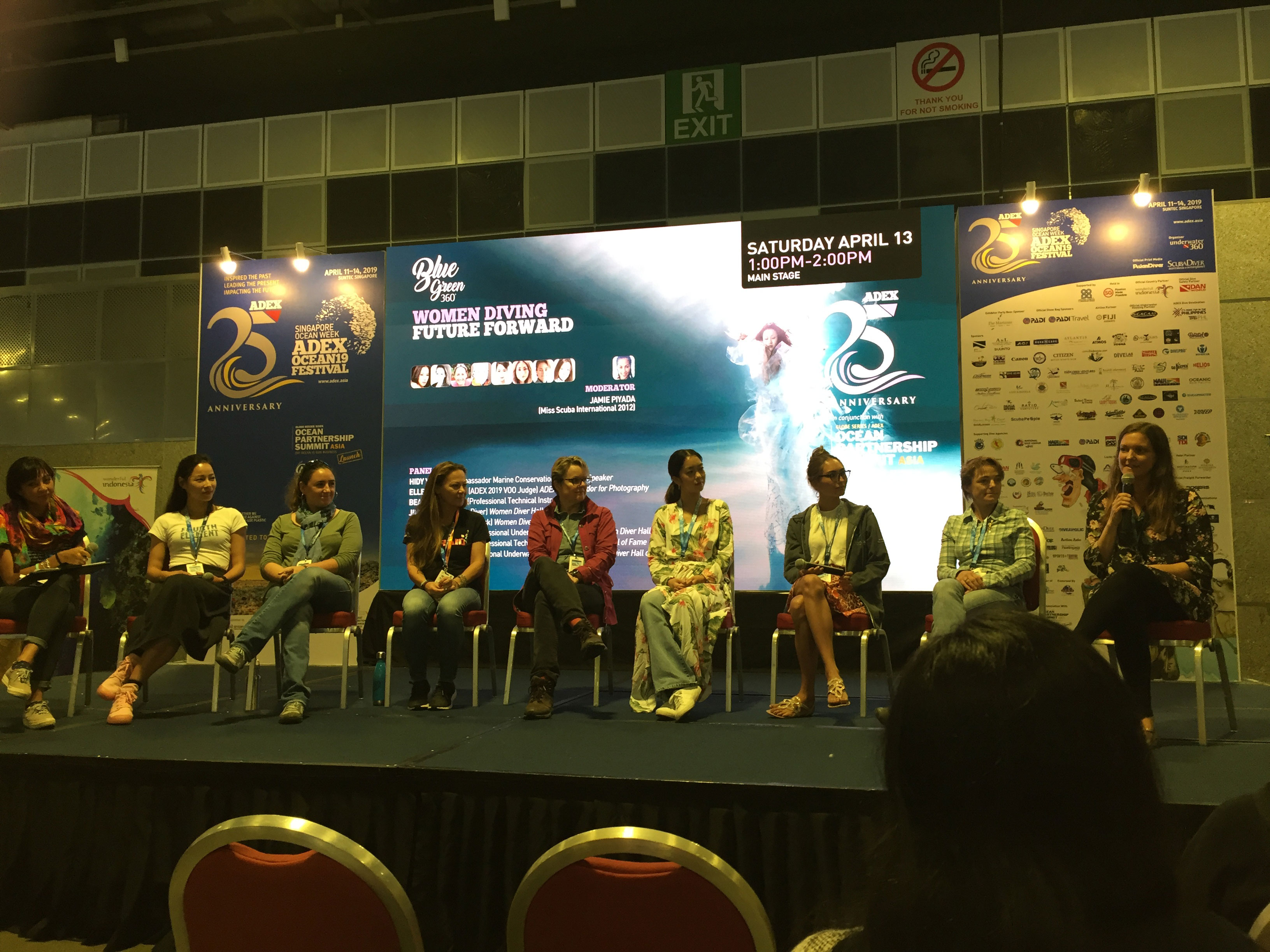 As strong women in diving, it was uplifting to see that they had all challenged the status quo and emerged as leaders in their field despite their common experience of encountering sexism in their early years. A common refrain from the panelist was how they noticed that sexism was not overt today as compared to the past when DEMA shows would feature bikini women hired to appear in the show even though they were not divers. Most of them acknowledged that unintentional sexism due to old mental habits might still be a common occurrence but as leaders in diving, they were seeking to not be defined by their gender anymore but to be recognised as just great divers, biologists, artists and photographers.

Photo-Video Zone: What’s it Like to be An Underwater Photographer

One of the most beautiful and dangerous activities in diving is ice diving. Underwater photography fans were given a rare treat at 2pm at the Photo-Video Zone in ADEX Singapore as Gerald Nowak shared with audiences his incredible photographs taken during his ice diving trip to Antartica in 2008. A long-held cherished dream, Gerald managed to capture never before seen photographs of a sea leopard underwater underneath the ice. A whopping four metres long, Gerald described the playfulness of the sea leopard and only realised the enormous size of his subject when he surfaced after hearing shouts from his friends to come out of the ice. 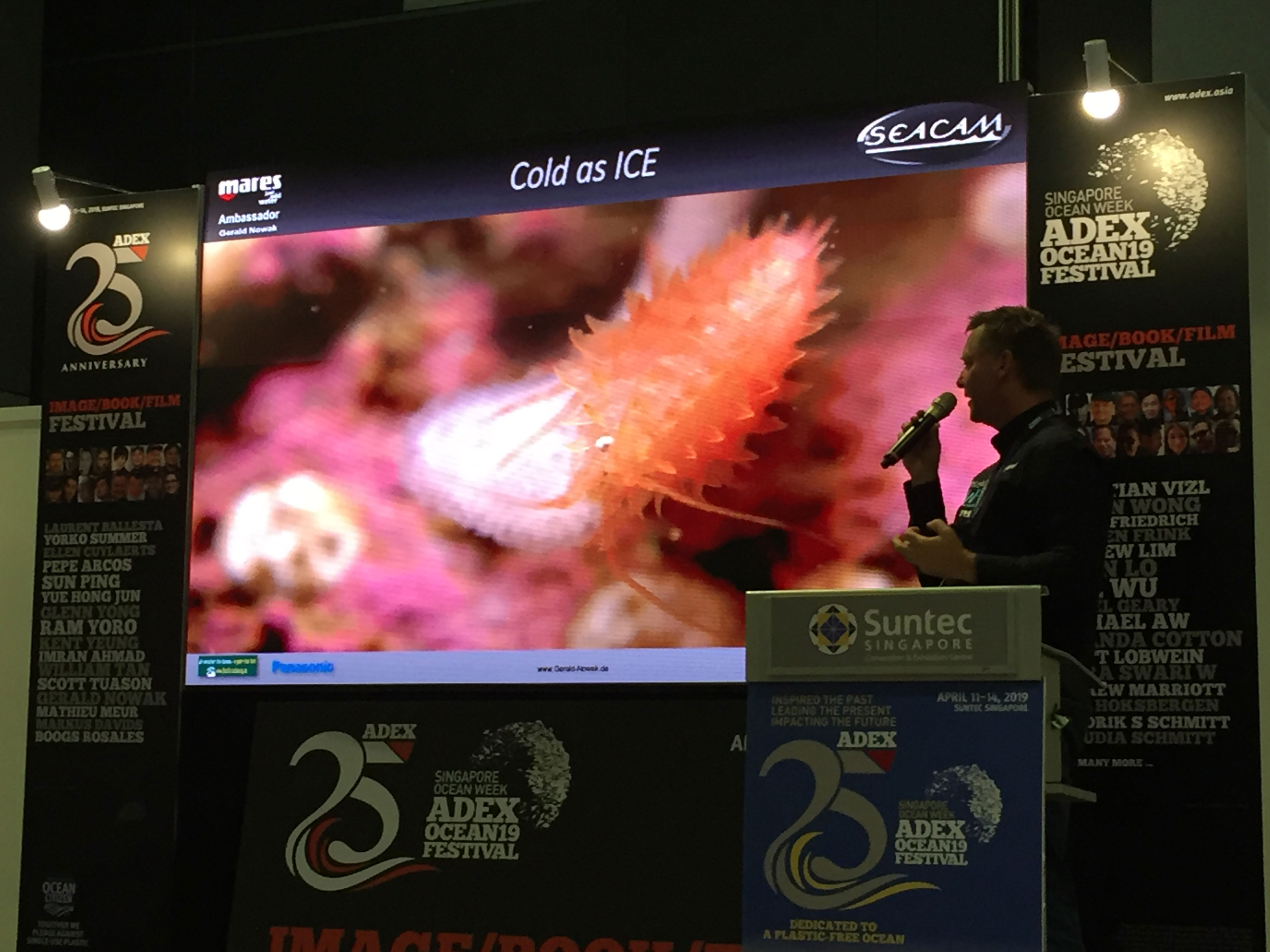 Gerald Nowak showing audiences his beautiful photos of marine creatures underneath the ice.

But the eye-opening talk has to be Tobias Friedrich’s “Dream Job Underwater Photographer” talk. Peeling away the veil behind the perceived glamour of the underwater photographer’s life, Tobias revealed the average fee you can expect to get from magazines for an article (700 – 800 Euros), and how the bulk of his time is spent, touching up pictures, writing stories, setting up shoots, planning trips and suffering through frozen arms when your wetsuit inadvertently gets torn 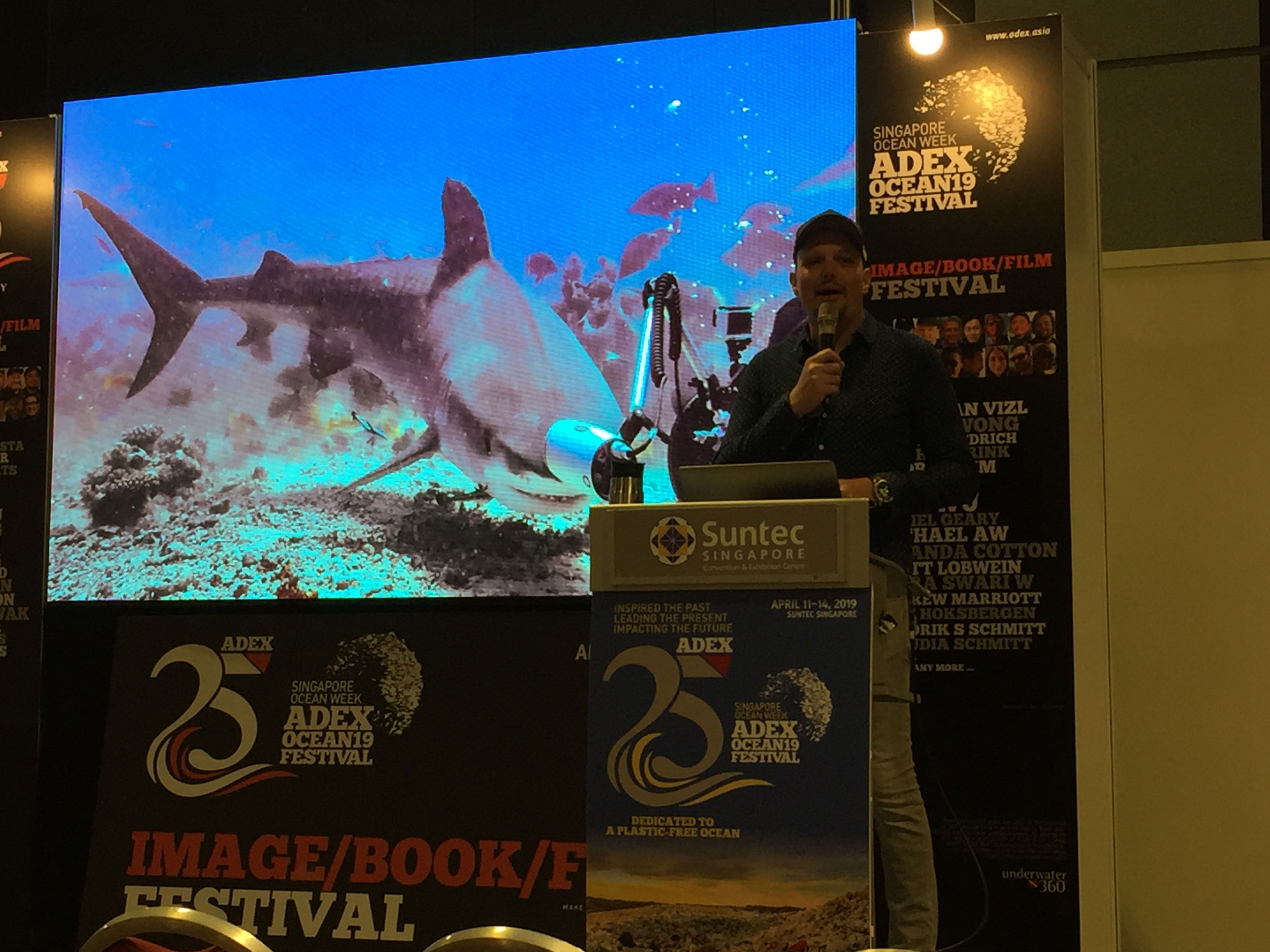 Tobias Friedrich telling audiences about the real side of underwater photography

Fireside Chat: The Tham Luang Cave Rescue and Beyond 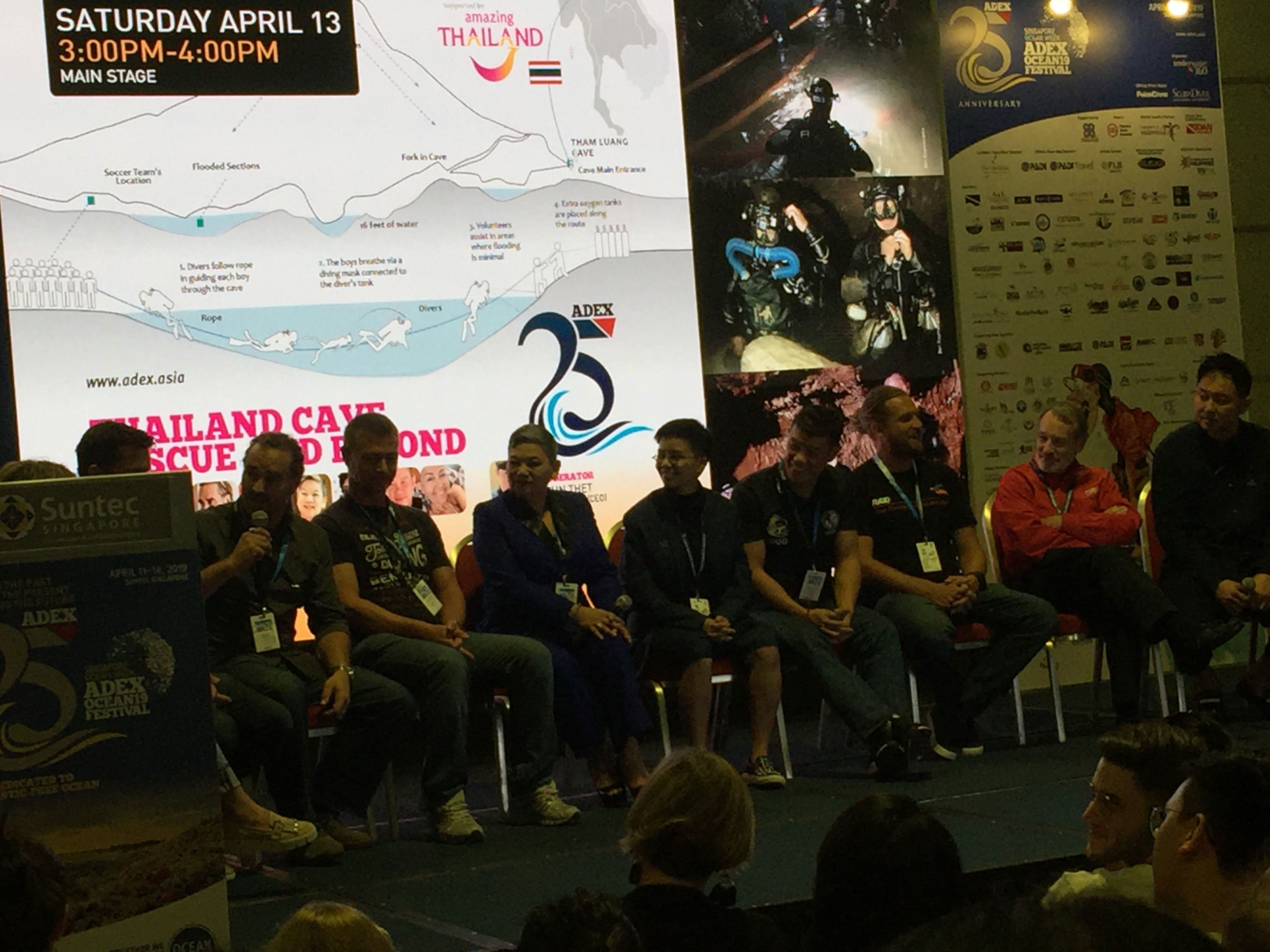 Ben, Claus, Mikko, Xiaolong all shared their experiences and feelings about the rescue and it was evident that all of them now enjoyed a shared bond from experiencing such a harrowing but life affirming experience. Their bravery and selflessness was evident from their demeanour onstage as it was with Ms Narinthorn and Ms Chang Pichamon, both of whom provided invaluable help to the trapped school boys as well. 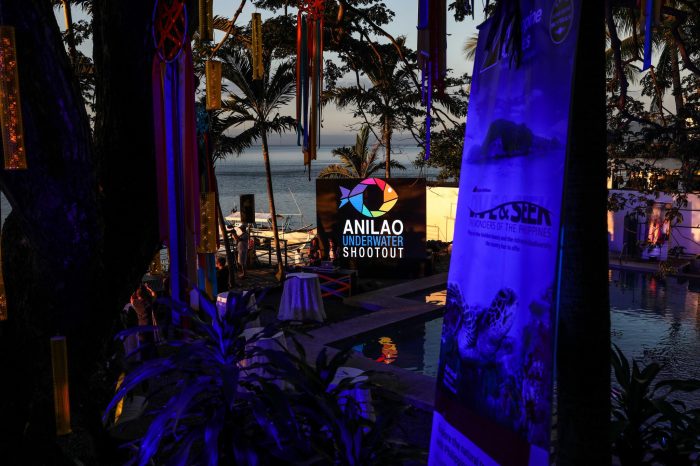 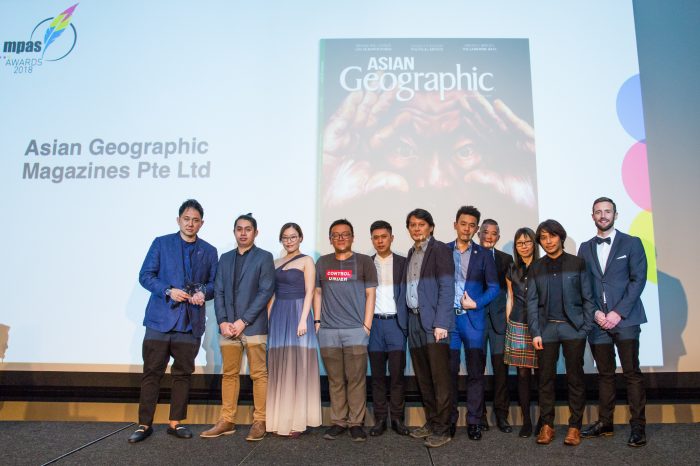 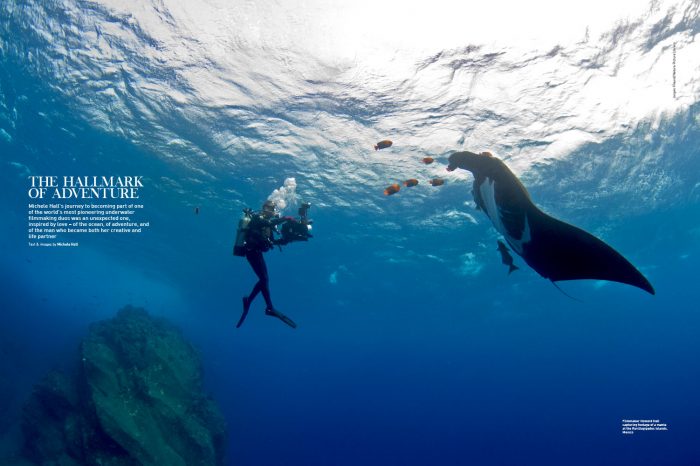 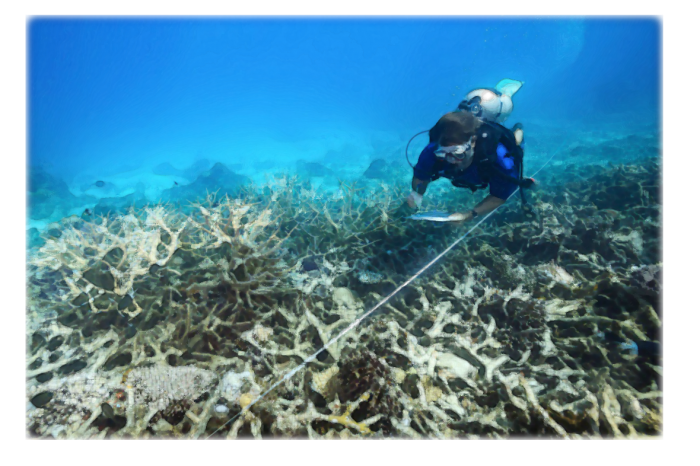 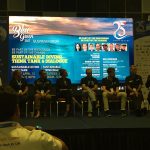