New England’s waters are teeming with life on a grand scale, including the second-largest fish in the sea – a gentle giant whose mysterious migrations are only now being understood. Join Tom Burns as he journeys into the deep to find out more (Text and photos by Tom Burns) 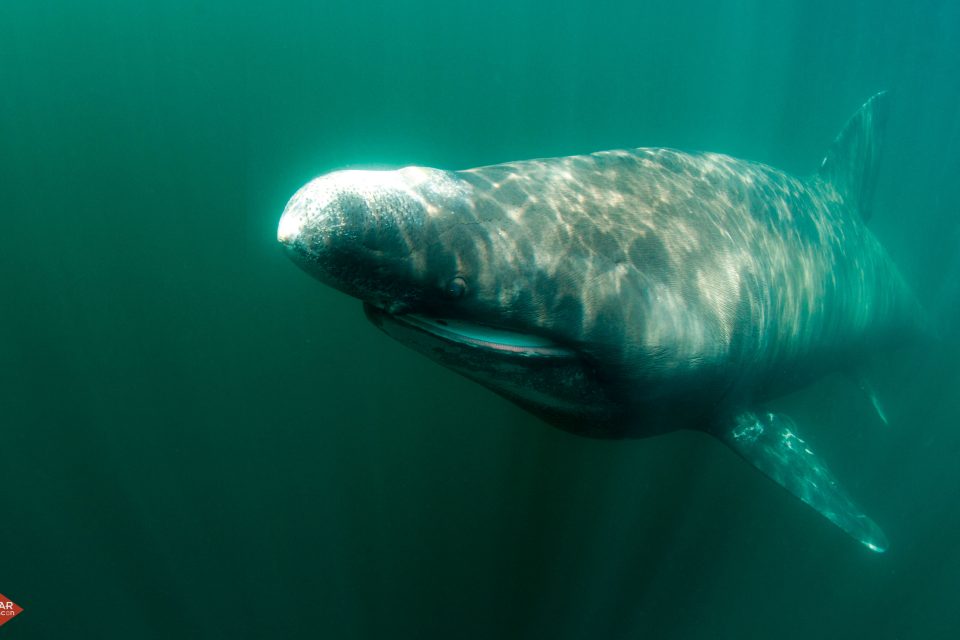 A large dark brown silhouette slowly emerges from edge of visibility in the cold water of the North Atlantic. Contrasting the cobalt green, the fuzzy bulk of brown increases to the massive form of a large shark – and it’s headed our way. We are off Chatham, Cape Cod, where only a few miles away white sharks ply the waters looking for an easy feeding opportunity.

But it is not the iconic great white shark that brings us back time again to these notorious waters. Here the cool Gulf of Maine floods to meet the Gulf Stream further south, producing a biomass of spectacular proportions. In these waters humpback whales feed by the dozens, grey seals are too numerous to count, and more than a few razor cool species of shark make this their summer home.

We are here to visit the common but seldom witnessed basking shark of the western North Atlantic. As I fin ahead the large silhouette comes into focus and begins a slow turn left. The large male basking shark quickly comes upon us. Sun dapples his rich tan back, contrasting his vanilla white mouth. With camera on subject, the 3,000-kilogram animal glides by with the ease of a warm knife through butter. As it swims by its small but curious eye gives us a second look.

Now turning back towards me, the basking shark surprisingly moves with a stature of more classic predatory sharks. Dozens of lampreys the size of cats flutter to adjust to the new course of their mother ship, adhered all over the shark’s interdorsal ridge and tail. As the large shark circles in for a closer inspection, it feels like I am witnessing a window into a world completely unchanged for millennia.

BEHEMOTH CITY
Basking sharks visit New England waters June through October. Population numbers are poorly understood but encounters with boaters off Cape Cod are common. They arrive following a biomass of krill and baitfish to the Cape for summer feeding season, as do large numbers of humpback, finback, and minke whales. The “whale show” offshore is often breathtaking, and it always seems the humpback whales steal the show, at times by hurling their 30-tonne bodies into the air. 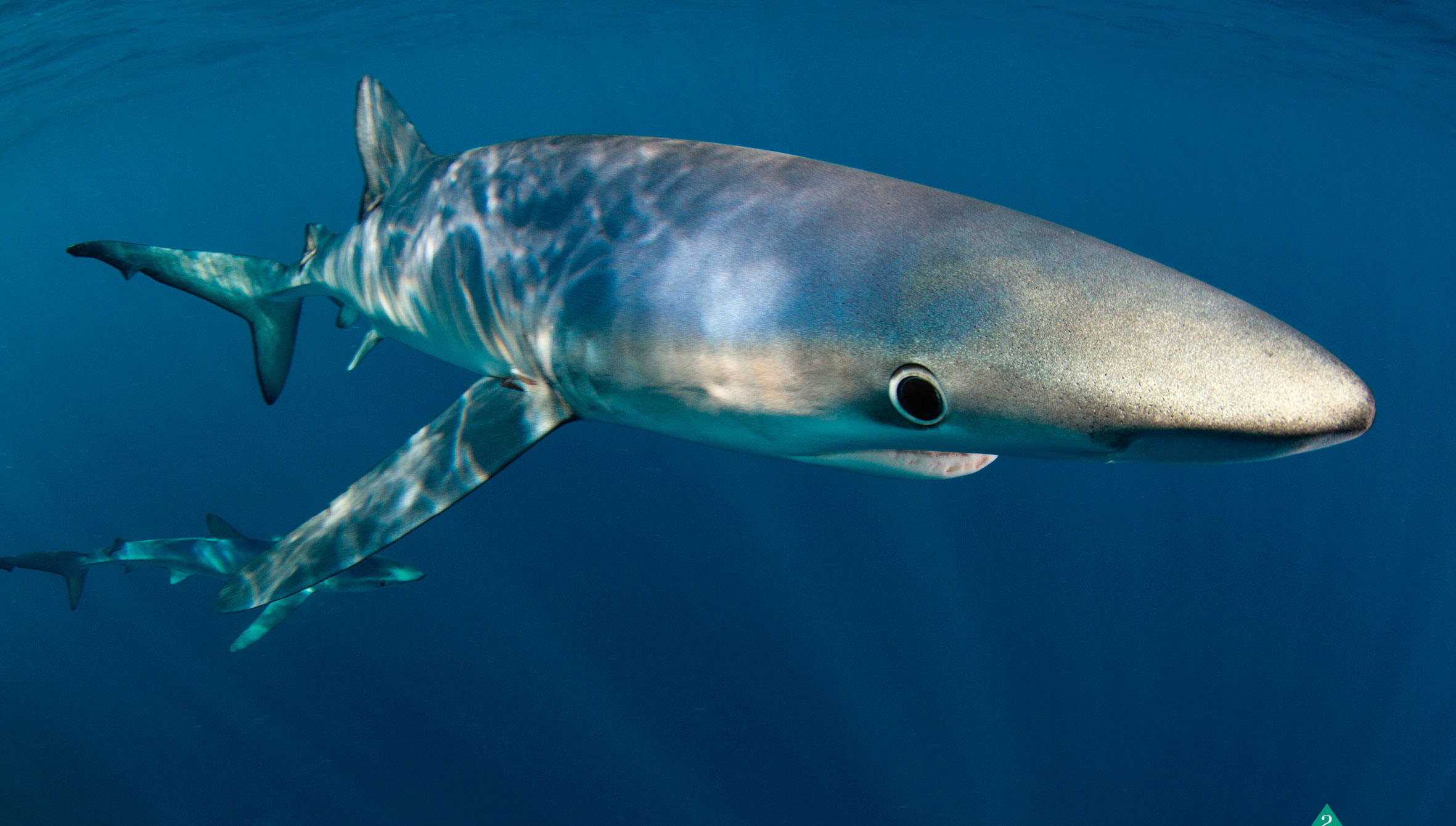 And it’s not just the whales off Cape Cod that keep the basking sharks in obscurity. From ocean sunfish, Atlantic white-sided dolphins, leatherback turtles, to cruising blue sharks offshore, there are a lot of big fish in this ocean. Thousands of grey and harbour seals hug the coastline, with sightings almost guaranteed. And the seals attract perhaps the most notorious summer visitor of all – the great white shark. Increased numbers of sharks are visiting the region in recent years, and the data suggest that trend is only increasing. But for the most part the white sharks in this region keep a very low profile, and will most commonly avoid an encounter.

The basking sharks of the western North Atlantic were until recently poorly understood. But shark biologist Dr. Greg Skomal, perhaps better known for his work with the smaller but toothier cousins hunting just to our west, has given us insight into the second-largest fish and shark in all the oceans. And to many shark diving enthusiasts, seeing the enormous gape of a feeding basking shark first-hand goes unfulfilled on their bucket list.

ANCIENT MIGRATIONS
Satellite tagging work done by Skomel and the Massachusetts Department of Marine Fisheries has uncovered the migratory habits of this species. Their surprising data revealed that basking sharks head south in the autumn months – far further than most had speculated – crossing the equator to congregate as far south as the Amazon River basin of South America. This transcontinental path has likely been used for a hundred million years, but only now do we have insight into their incredible range of travel. Each spring they likely repeat the trip north, to feed in the nutrient-rich waters of the North Atlantic. 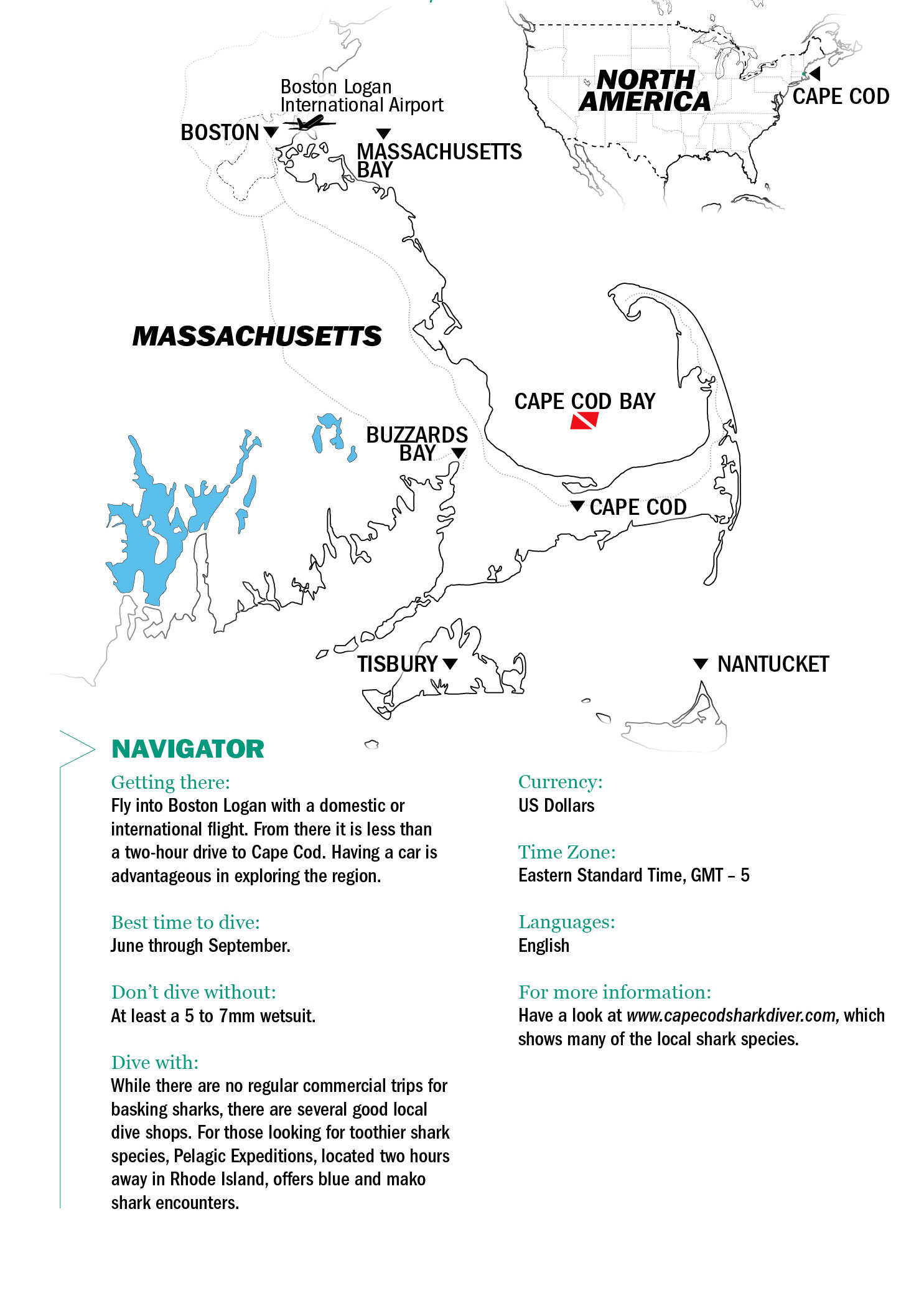 Read the rest of this article in Issue 6/2014, OP No. 1 of Scuba Diver magazine by purchasing the issue here or check out all of our publications here. 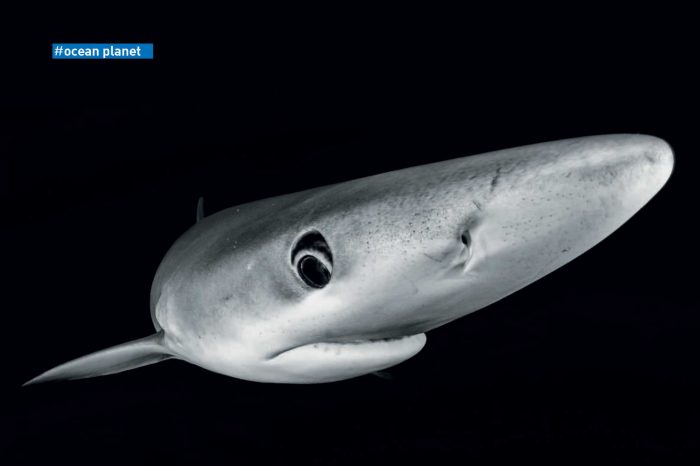 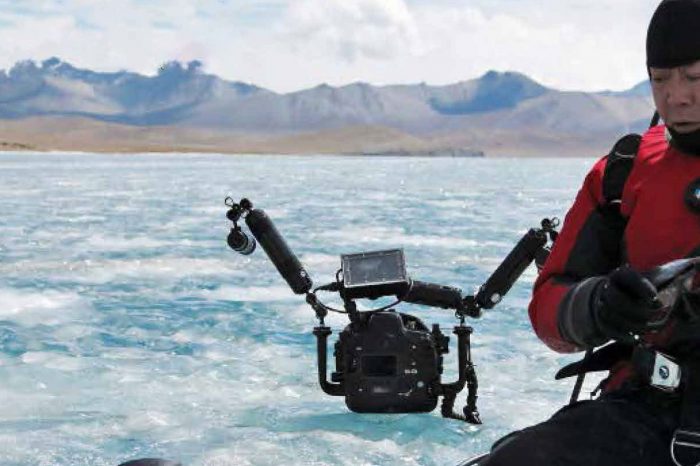 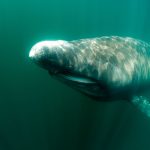