Call of the Isobu: Japan’s Traditional Ama Endure the Ages

Last week underwater360 introduced you to the incredible South Korean Hae-Nyeo divers of the Jeju Island Province, this week we introduce you to the remarkable ama divers of Japan:

Throughout the inshore waters of Japan, from Hokkaido to Okinawa, dwell a bevy of physically sturdy females whose existence is interdependent with that of the ocean. Twice a day, during open season, a high-pitched, reposing breathing sound known as the isobu (sea whistle) is emitted by the labourers between deep dives.

Otomo no Yakamochi, a Japanese statesman of the Nara period, wrote a poem about the Hegura Island’s ama when he visited Nato Peninsula in 748. The complete verses, including that age-old terminology, ama, can be found in Manyushu, the oldest anthology of poetry. Thus, it is not surprising that netizens date the practice of Japan’s ancient freedivers back to some 2,000 years ago. 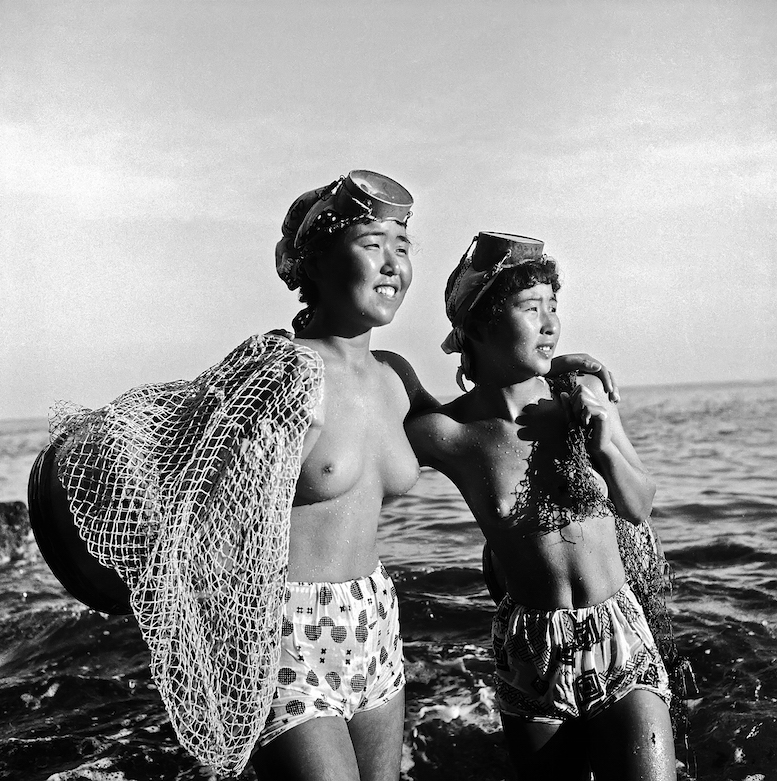 Ama, meaning “the olden day female diver”, are coastal folks who make a living by diving to depths of up to 25 metres in search for abalone and turban snail. What is truly remarkable is that even now, they typically invest two sessions of such dives per day, sans scuba tanks or other breathing apparatus. Instead, these women rely on homegrown breathing techniques inherited and nurtured from a tender age by senior members of their families.

While popularly portrayed as nude maidens of Japan’s most exotic shores, the reality of the ama cannot be more different. Some of the oldest archeological evidence proves that the natives have always depended heavily on seabed resources, and in turn, these hardy breath-hold divers for sustenance. An ancient Chinese chronicle, which made sporadic references to Japan, stated that in the northwestern part of what is now Kyushu, lack of fertile land prevented the inhabitants to survive on agriculture, thus compelling them to barter seafood for staple items such as rice.

The early ama are believed to have migrated throughout the whole of Japan and eventually planted their roots as a migrant fishing caste. As the demand for dried abalone and the like grew tremendously at the end of the 17th century, both men and women equipped with this extremely demanding skill were pressed into the service. People came to refer to those apprenticed divers as the ama.

The reason behind the feminine dominance in the trade continues to elude both scholars and laypersons. Historically, there are various theories that explain this phenomenon. Some suggest that in ancient times, the women stayed close to shore in the absence of their sailing husbands.

They took to diving for seaweed and shellfish and hence, the tradition was passed down to the female offspring. The widely held belief, as narrated by an 80-year-old ama in Mie Prefecture, is that women are biologically more capable of withstanding cold and are therefore able to stay in the water for longer periods, resulting in bigger catches.

During the pre-Meiji era, ama divers utilised the bare minimum in terms of gear. They usually only donned a fundoshi (loincloth) to enhance ease of movement in water and a tenugui (bandanna) to cover their hair. It is also recorded that the traditional ama used a wooden tub or barrel as a buoy that connected them to a safety rope. This rope doubled up as a resting boulder whenever they needed to catch their breath between long dives. However, the most important tool for ama divers was none other than the tegane or kaigane, a sharp spatula-like tool used to pry out abalone wedged between rocks. 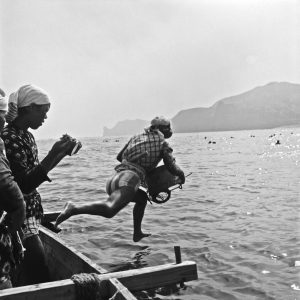 1947, Toba, Japan — A pearl diver jumps into Toba Bay with her barrel and net from a boat. Young women harvest oysters implanted with pearls for the Mikomoto company. Image by © Horace Bristol/CORBIS

In the early 1900s, goggles were introduced and adopted by the ama. It was also around this time that air hoses and hand pumps were imported from abroad. Approximately 60 years later, in 1964, wetsuits became popular in Japan. But as though eluded by modernisation, many of the trade’s mainstayers residing in the villages insist on their rural ways, continuing to dive wearing only the fundoshi up till the end of the century. Even today, an 80-year-old ama in Wagu continues to swear by this tradition for ocean conservation-related reasons, such as reef protection due to the minimal equipment used and taking only what they need, leaving the young abalone and turban snail to grow.

Such a humbling ancient practice of an elementary method of penetrating our waters does so much to breathe insight into our modern world of diving. 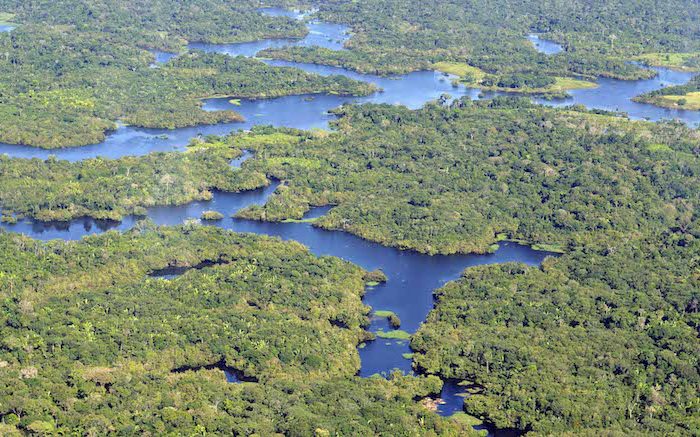 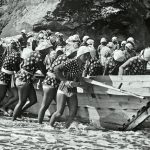 Call of the Isobu: Japan’s Traditional Ama Endure the Ages