This week’s Ocean Defender, Cat Cassidy is an Environmental Officer and Divemaster for Scuba Junkie, the award-winning dive operator based in Sabah, Malaysia. Her background is in science communications, and she and her partner David McCann run the S.E.A.S. conservation arm of Scuba Junkie.

With projects such as tackling marine debris, shark conservation and turtle conservation, as well as local and international conservation outreach programmes, Cat is on the frontline for making a difference to our oceans, UW360 caught up with her for a quick Q&A:

What got you into marine biology? 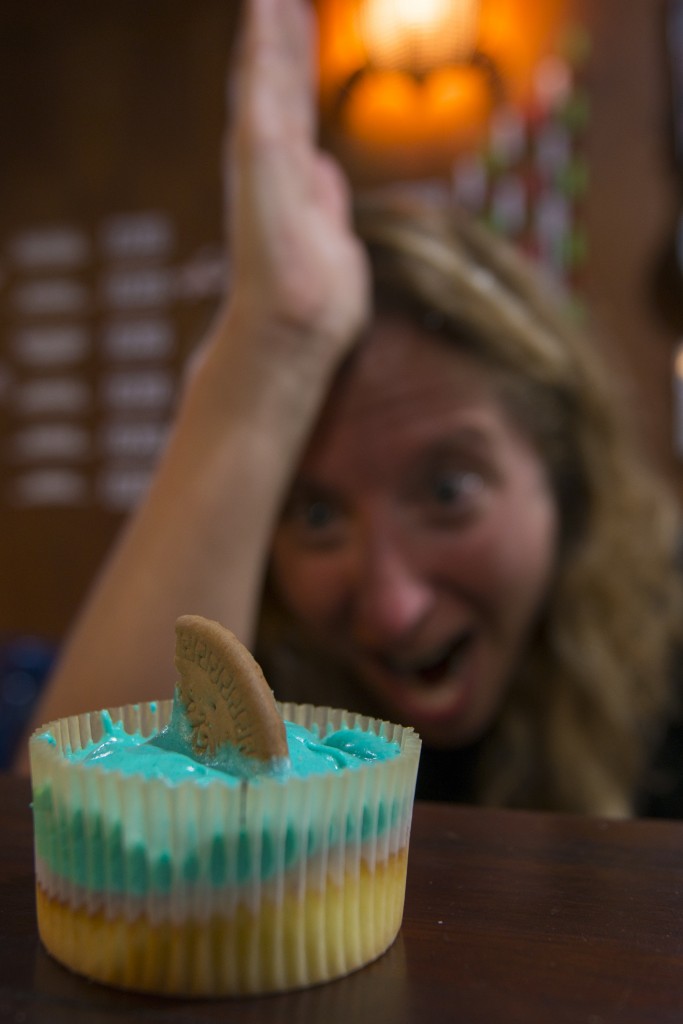 “People got excited, thinking it was a shark – but myself and another guide (Wan) thought the fin looked not-quite-right for a shark. We brought the boat in [..]”

Probably a rather odd combination of my Dad and Sir David Attenborough. Some of my earliest memories are of being on holiday, wading through rock pools with my dad telling me about the animals we found in them. He is also a scientist, and would tell me about their life-cycles and how different animals survived different tidal cycles. I was utterly fascinated – a geek from an early age, with lots of books, trying to identify everything I could find. Rather good training for being a divemaster in the Coral Triangle!

I also remember being addicted to Sir David Attenborough’s BBC series, all of them! I love the way he communicates the scientific and environmental information to audiences. I wanted to grow up and do what he does – communicate information in such a way that people are engaged and interested in the topic, and through this become passionate, and hopefully want to do more to protect the world’s different ecosystems. Communicating issues in a fun and engaging way is such a powerful tool for conservation.

What’s the hardest thing/best thing about your job?
I’m living and diving in one of the most biodiverse places on the planet, somewhere I gawped at as a child when it was shown on television. This place is geek paradise, there are just too many critters to identify and too little time.

But for me, the best thing is undoubtedly the people I get to meet. The people of Sabah are genuine, friendly and welcoming. I have also met some of the most incredibly inspiring people while working here – particularly local conservationists, such as Rhena Ismail, who founded Green Semporna, and many international marine conservationists – people who share my passion for the marine environment and conservation. I love talking to guests at Scuba Junkie, people from all over the world who are passionate about the marine environment, and hopefully showing them through Scuba Junkie’s work that individual actions do matter and do make a difference – and inspire them to do likewise when they go home.

The hardest thing for me is knowing all the problems the marine ecosystems face and seeing the repercussions further down the line – and knowing that some people out there just don’t care. For example – take marine debris. A disposable water bottle someone bought and threw away, persists in the environment for 450 years – and is one of the most common objects that we pick up on reef and beach cleans. Why can people not use reusable and refillable bottles? Particularly those in the western world, where tap water is drinkable!

I especially hate seeing marine animals trapped in human debris – for example, I have seen a juvenile whale shark entangled in fishing lines, and turtles trapped in fishing nets. When you can’t do anything to help, it is heart-breaking.

Thankfully, I’m working at one of the most supportive and forward-thinking, conservation-minded dive operators in Asia, if not in the world. I cannot over-emphasise how much I admire the owners of Scuba Junkie in their dedication to have a conservation arm (Scuba Junkie S.E.A.S.), as well as being an ethical and environmentally friendly dive operator. We are able to take action in several key areas of marine conservation – I feel like it all adds up and a real, ongoing positive difference is made.

What’s the craziest thing you’ve ever seen/discovered while on the job?
I have seen just about everything you could wish to see while diving – blue-ringed octopus (with divers who had just finished their open water course!), schooling hammerheads, schooling devil rays, tiny frogfish – I’ve been incredibly lucky.

Quite possibly the most unreal thing that has happened when diving is rescuing a stranded juvenile sunfish (Mola mola) in the shallows around Pulau Mabul. We were on a boat heading back from a dive and noticed what looked like a dorsal fin in the shallows. People got excited, thinking it was a shark – but myself and another guide (Wan) thought the fin looked not-quite-right for a shark. We brought the boat in, and discovered it was a juvenile sunfish (disc size only about 1-1.5m) stuck sideways in the shallows, unable to swim as the anal fin was bent on top of the coral and the dorsal fin was out of the water. The sunfish had also obviously damaged one side of its body on the coral – there were loads of horrible cuts and welts.  I was very proud of how people on the boat reacted – we wanted to help it, rather than just take photos and gawp, and everyone jumped into action. Our guests got in the water as snorkellers – who formed a chain in the shallows – and herded the sunfish out into deeper water, while Wan and myself donned scuba gear and got in beside it, lifting the damaged body and anal fin off the coral and orientating it as best we could back out to sea… gently keeping the body and fin off the coral (and gaining some scratches and cuts ourselves). It took ages, but we managed to get it to the edge of the reef and back out into deeper water, where we watched it swim off.

That was a great moment. We also heard the next day that another company had spotted a sunfish off the south reef of Kapalai (a nearby island) heading out into the deeper waters of the Celebes Sea. I really hope it was the same one. Rescuing an animal is always amazing – but although we have seen sunfish in this region, we are not known for it as they prefer deep cold waters. So this was really a unique moment – especially as I’d travelled to Bali the year before specifically to see them.

But it’s those personal moments with divers that make things memorable – for example, a diver who had a bad boat accident the previous year crying underwater when she saw a school of hammerhead sharks – because seeing one was top of her bucket list after the accident. Having a diver who is scared of sharks realise that they are not the monsters the media makes them out to be, even if you have to hold her hand throughout the first dive. Quite possibly the craziest thing that has happened underwater was with two people, guests to Scuba Junkie who have become firm friends. While diving, the husband and I saw a devil ray, and waved frantically to his wife to get her attention in seeing the ray. But she was engrossed in videoing a batfish, and missed it. Although the devil ray could clearly be seen in the batfish video…!

What do you hope to achieve through your work?
I would love to instil a curiosity and love for the marine environment in people through my passion for diving, conservation and marine life. I would love to pass on my “geek” bug to more people, inspiring them to get involved in conservation issues. 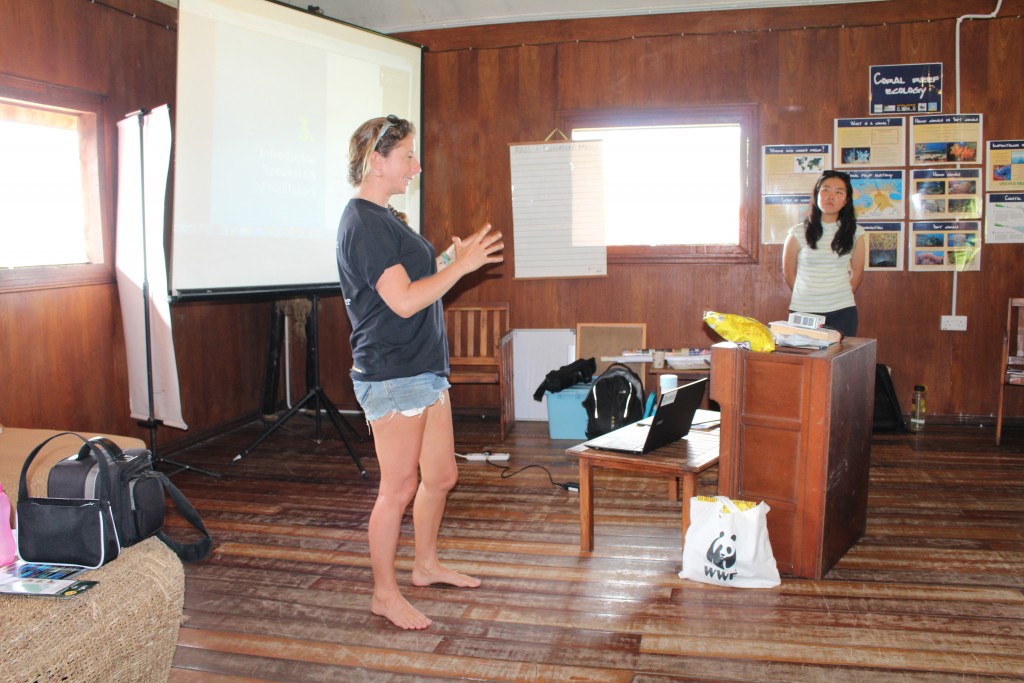 “I would love to instil a curiosity and love for the marine environment in people through my passion for diving, conservation and marine life.”

Who is your marine biology role model?
I’m torn between Sir David Attenborough and Dr Sylvia Earle. I’ve been such a fan of Sir David for years – one of my deepest frustrations is that I know so many people who have met him, yet I never have! However, Sylvia Earle is such a strong female role model and pioneer in marine biology, particularly given the disadvantages women faced for a career in science in the past. She has done so much for marine biology, and for women scientists, that I think I’d choose her.

What do you think lies ahead for marine ecosystems?
A lot of challenges, and none of them easy. If we continue to treat our land, water and air as we do, the future does not look good for any of our ecosystems. It can be seen as a gloomy outlook – there are so many threats, and a lot of people are not aware of the issues, or think they are unable to do anything about it. As gloomy as it can appear, we must be positive and keep working. If we just focus on the negatives, nothing will change. We must stop overfishing, and do something to stop the sheer mass of plastics that are contaminating our oceans.

Every little thing a person does to alleviate these challenges makes a difference. If we make people more aware of the importance of our oceans, and encourage them to adopt small behavioural changes, together we can all make a difference.

I believe that divers are a strong voice for ocean conservation, and I see more and more positive action being taken by divers – either by spreading awareness of marine issues, or by small local actions such as reef cleans. This, and meeting people who take the conservation message home with them, fills me with hope.

What can the average person do to help protect life in the oceans?
Don’t eat unsustainable seafood, and cut down on your use of plastic – have a reusable water bottle and a reusable coffee cup. That’s two really simple things that will make a lot of difference.

For divers, please dive with responsible operators and dive in a responsible manner – take only photos, leave only bubbles. Help in a beach clean or do a Dive Against Debris on your next dive holiday. 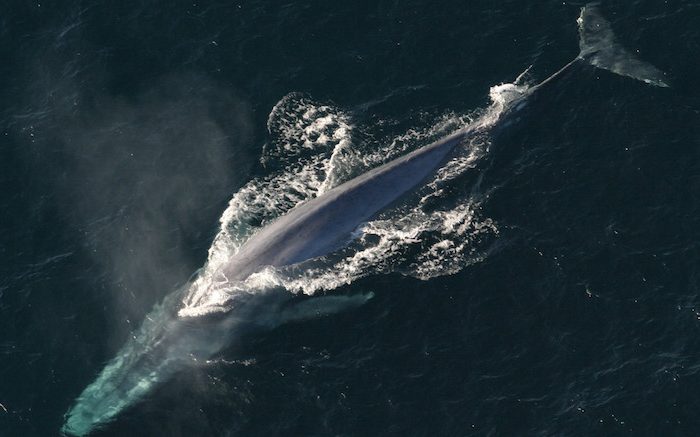 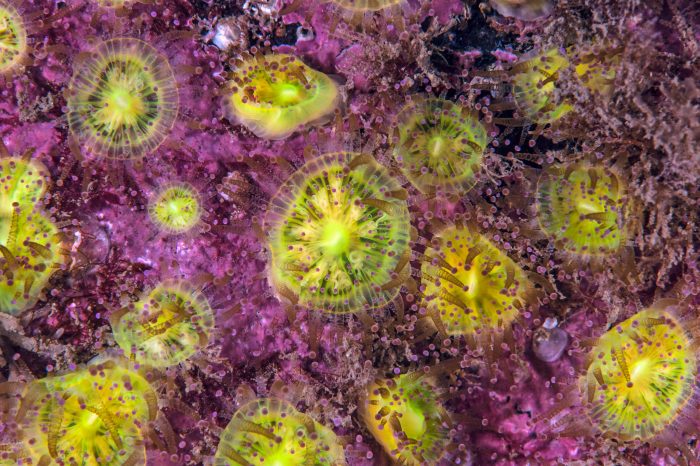 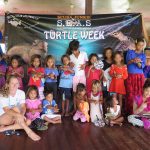