Join Larry McKenna and Bonnie McKenna as they go on a mission to help save leatherback turtles from extinction (text by Bonnie McKenna. Images by Various Contributors)

SITTING ON A DARK, lonely beach in Irian Jaya, watching the stars move across the sky, waiting to photograph a leatherback turtle, Larry McKenna began to wonder if one would ever appear. Then, almost imperceptibly, a break in the surf line signalled a leatherback hauling herself out onto the beach. 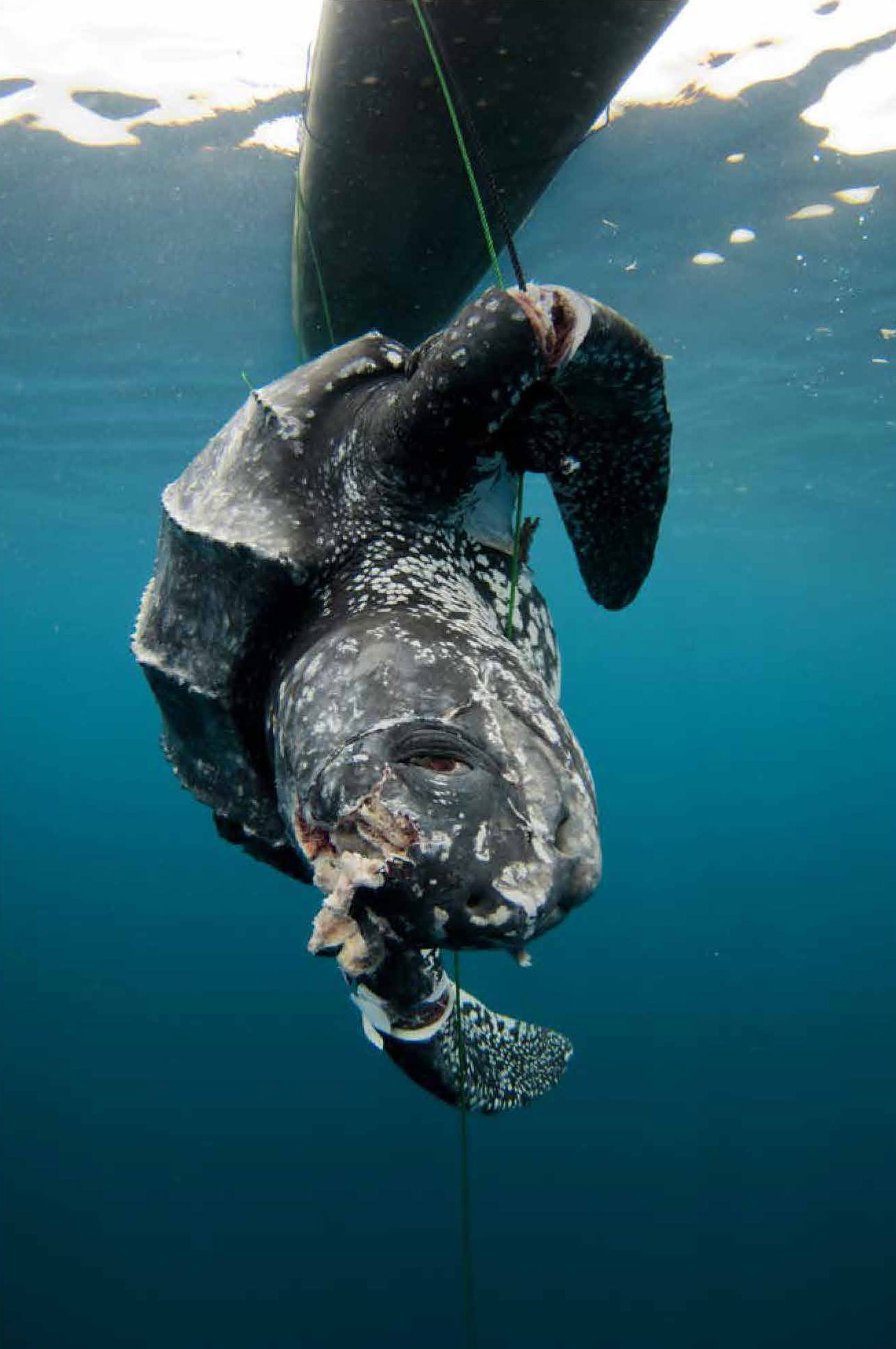 In search of the leatherbacks
It was during a dive trip to Raja Ampat, Indonesia more than 13 years ago that a discussion about photographing and videoing a leatherback turtle led to a meeting with the chief of a nearby village. The chief told Larry that there used to be hundreds of these giant turtles nesting on the village beach; so many piled over each other that the sand was hard to find. “Now”, he said, “We see very few. Can you help us?”

“I had a real desire to photograph this gigantic turtle; I asked the captain of the boat I had chartered to take us to that beach. He flat out refused,” Larry said.

Undaunted, Larry returned to Sorong alone, and rented a small boat with four outboard engines and several drums of fuel. After a rough eight-hour journey around the “Birds Head”, Larry reached what they thought was the right destination.

“None of us knew exactly where the turtles would come out of the sea; we were going by the description the chief had given me. The sun was setting, so we picked a spot and stopped, hoping we were in the right place,” Larry related. “As the night wore on, the boatmen wanted to return home, saying we would not see a turtle. I had to convince them that we would stay till morning. Not long after that, I heard someone say, ‘There is a big turtle and it is headed directly for us’.”

“I was transfixed as I watched this enormous turtle drag herself up onto the beach, begin to dig a nest and lay her eggs. I had goose bumps from the excitement. As I watched her, I named her Sophie, and as she turned to return to the sea I walked with her, talking to her as we went. Before disappearing into the surf, she looked directly at me and nodded her head. This encounter sparked a sense of inspiration in me to see ‘Sophie’ and her eggs survive.” 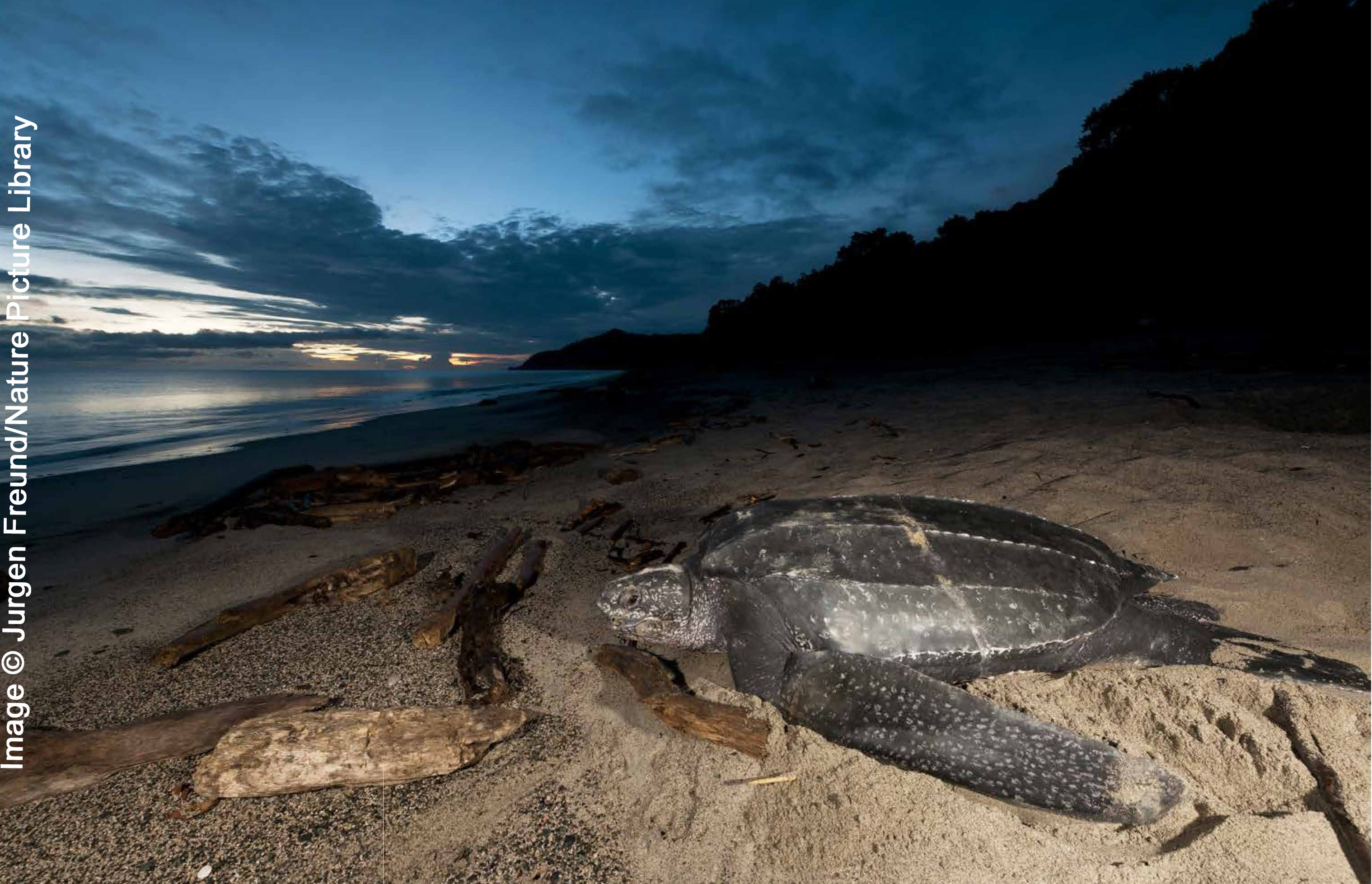 An organisation is hatched
Following a rigorous funding campaign, and largely thanks to organisations including Disney World-Wide Conservation Fund (DWCF), DEMA, Asian Diver, Aeris/Oceanic, Atomic Aquatic, the Charles Knopf Family Foundation and many global volunteers and donors including artist Wyland and photographer Michael Aw, Larry’s dream was realised: the founding of the Save Our Leatherbacks Operation, or S.O.L.O. SDAA

For the rest of this article (Scuba Diver Issue 7/2015, No.84) and other stories, check out our past issues here or download digital copy here. 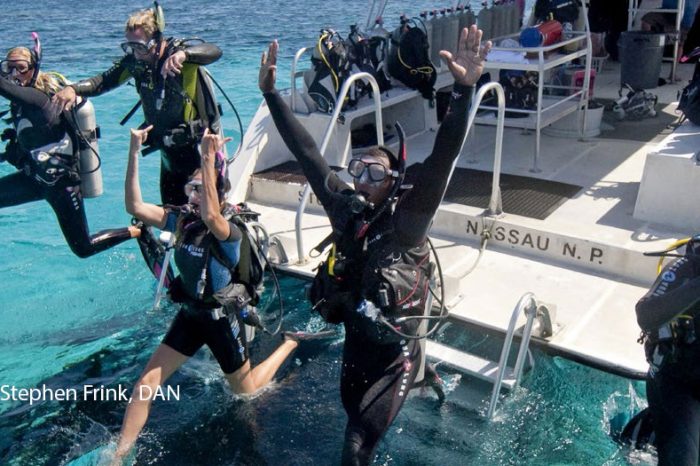 When You're Not Safe to Dive