By Diego A. Garcia

The Indonesian island called Sulawesi is most known among divers for Manado and Lembeh in the north, and Wakatobi to the south. Even the Togean Islands, nestled in the Gulf of Tomini, draw their fair share of tourists in search of adventure. But few divers venture beyond these highly regarded sites. Surely many other decent dive areas exist in Sulawesi, but it takes a very special kind of place to compete with the world’s best. Does Gorontalo, an emerging town along the northern arm of the island, have what it takes to turn heads? A small team from Scuba Diver AustralAsia was invited by the Governor of the province, Fadel Muhammad, to dive key sites that have supported a small industry for a decade or more. We were also asked to explore and evaluate potential new sites for the upcoming Olele-Go underwater photography competition. Hosted by the brilliant Indonesian photographer Hendra Tan and one of his proteges and founder of a brand new dive operation, Dedy Cono, we were in good hands. What these guys showed us during our short trip was that the Gorontalo area, much like Manado, can please divers who love pristine, broad and sweeping sub-seascapes, as well as those who love the tiny and strange creatures that lurk in the muck.

Our first stop was Jinn Cave, so named for a fan-wreathed swim-through at 24 metres. The dive starts with an entry into a channel carved by two steep walls that converge to create a dramatic scene. Following one of these walls left, we eased into deeper waters where the iconic Salvador Dali sponges grabbed all the attention. Their weird contours reminded me uncomfortably of the folds and lobes of the human ear – very Daliesque! I tried my hand at capturing these sponges on video and found the combination of depth and resultant low ambient light, along with the sheer size of these structures, to be very challenging. The deep grooves made camera movements very obvious as shadows moved along the grooves – great fun of course, but a steady frame proved best. The still photographers loved the sponges however, stopping to help each other by posing to show scale and for dramatic effect. After that we headed to Tanjung Putih and West Point, where I turned my attention from sponges to the hard corals. I was immediately struck by the density and complexity of the reef. Huge plate corals and branching colonies stretched out in all directions. The word pristine is perhaps over-used in wilderness writing, but this was as close as I have seen. The reef was immaculate. In the coming days, I realised that this was a common feature of the sites here. Probably due to its proximity to the shore (and as such to law enforcement) the reef has escaped much of the dynamite bombing that has affected other areas nearby.

Likewise, coral bleaching does not appear to be of major concern at the sites, where delicate corals thrive even in the shallows. At Mopuya Point, these structures reflected off the surface just one metre above the reef crest creating a stunning scene. It’s how we imagined Manado might have been about twenty years ago, but with one significant exception. The fish life here was not nearly as abundant as at Sulawesi’s more well known sites. This was acknowledged by those with more experience. Although some sites were eerily reminiscent of Bunaken, with impressive schools of pyramid butterflyfish (Hemitaurichthys polylepis), there wasn’t the abundance of fish one might expect. We soon learned however, that Gorontalo makes up for this in two ways: a high potential for blue water encounters with large animals, yet almost no chance of seeing other divers.

It was quite a feeling never seeing another diver underwater aside from those in our small group. It was like having an entire reef to ourselves. Lunch breaks were spent on completely isolated beaches, with Sulawesi’s mountainous interior painting a heartbreakingly beautiful scene. We daydreamed that resorts would one day be erected here, unsure if that was a good thing (cocktails poolside) or a bad thing (crowded dive sites). Our hosts regaled us with stories of visits from large pelagic animals, including whale sharks and even whales, which migrate through the area on a seasonal basis. We kept an eye on the blue during our dives but, this being the very end of the diving season, had no luck. It was then we turned our attention to the tiny world of muck. It’s taken me some time to develop my taste for muck diving. At first it seems odd to seek out the dirtiest-looking sites, close to villages, in order to take the plunge. But here, in the global heart of ocean biodiversity, such diving can blow you away. The experts uncovered all sorts of critters that photographers adore, from pygmy seahorses to bumblebee shrimp and teddy bear crabs. We found fish here that, according to renowned macro photographer William Tan, “you may never see again in your life.” On a single dive we saw four species of pipefish, including ornate and halimeda ghost pipefishes, as well as a yellow shortfin lionfish. It was becoming clear why William, along with Stephen Wong, Takako Uno and Rantje Allen, had named their coffee-table book about this destination Gorontalo: Hidden Paradise. The still photographers in our group nearly lost their minds, shooting like madmen from one pile of mud to the next. It was clear evidence that the upcoming Olele-Go photo competition will be a huge hit among local and international divers alike, especially those with a taste for real adventure and a passion to dive in places that few have visited.

It remains to be seen what future awaits Gorontalo’s nascent dive industry, but the local government is keen on seeing it grow. The photo competitions will be annual events, and further investment is being sought to make diving a bigger part of the economy here. It seems certain that, without major investment in the form of beachside resorts or upscale hotels, the rustic simplicity of Gorontalo will keep the diving crowds at bay. And maybe that is what makes Gorontalo so special, at least for the time being. After all, if you really want to dive pristine reefs, you’ve got to go the extra mile and search out places like Gorontalo, before the rest of the world catches on. 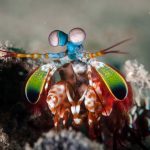