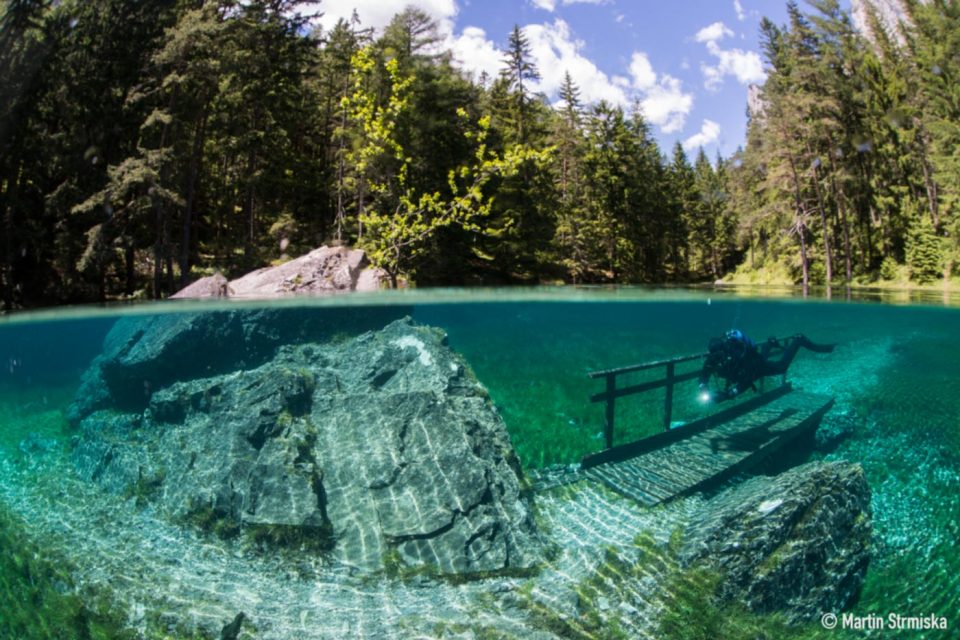 Think scuba diving is limited to salty sea and tropical archipelagos? Think again. Diving fresh comes with hidden surprises and insane encounters. In the SD OCEAN PLANET Special Edition “Inspiring Images of Iconic Locations”, we take a look at some of the greatest freshwater dives out there:

The world’s largest freshwater lake by volume, Lake Baikal contains roughly 20 percent of the world’s unfrozen surface fresh water. At 25 million years, it is considered one of the world’s oldest lakes. Viktor Lyagushkin frequently dives the lake and in SD OCEAN PLANET, he reveals the incredible transformation the lake underwent when it was infected with alien algae.

Two submerged mills, remarkably intact, lie nine metres below the water’s surface in this lake near Capestrano in southern Italy, and are the perfect chance for scuba divers to descend into history. This sub-aqua ghost town is beautifully captured by professional underwater photographer David Salvatori and features in the SD OCEAN PLANET Special Edition.

This unique wetland hosts an abundance of animals – most notably the Nile crocodiles that attract divers from far and beyond. Shallow waters made up of a mix of colours are inviting, unique, and challenging. In SD OCEAN PLANET, acclaimed shooter Daniel Botelho, who has navigated a career through photographing extreme encounters, beautifully captures the essence of the Okavango.

A huge rift formed in the divergent tectonic boundary between the North American and Eurasian plates, creating the Silfra Fissure. In SD OCEAN PLANET, Joanna Lentini offers a unique perspective of this underwater landmark, which attracts divers the world over who look to dive with incredible visibility.

The Pit, a 60-metre-deep sinkhole with crystal-clear water, is one of the most mind-blowing locations in the Dos Ojos cave system. In the summer, the sunbeams streaming through the entrance are simply breathtaking, a moment that Tom St George captures perfectly in his image from the SD OCEAN PLANET Special Edition.

The stingless golden jellyfish of Jellyfish Lake feature in abundance, and have evolved to be substantially different from their close relatives that inhabit the nearby lagoons. In SD OCEAN PLANET, Aaron Wong captures the dynamic beauty of the alien-like world of this unique lake.

For its star-studded lineup of inhabitants – piranha, anaconda, crocodile – and extensive beauty, the world’s largest river is simply a must-dive for all those who wish to push the limits of their capacity to explore. Eye to eye with an anaconda, chased by a polar bear, and facing a group of pink dolphins – wildlife photographer Amos Nachoum has been at the forefront of many a heart-pulsing encounter. In the SD OCEAN PLANET Special Edition, Nachoum superbly captures a dolphin encounter on camera.

With a massive manatee population swimming around in gin-clear water, Crystal River is a top spot for divers looking to have one-on-one encounters with the docile “sea cow”. Vibrantly coloured backgrounds offer underwater photographers the chance to capture stunning shots, just as pro photographer Becky Kagan Schott did with these two manatees sharing an intimate moment.

This salmon safari gives underwater shooters the opportunity to capture the incredible moments these plucky fish make the long and dangerous journey to return to their place of birth. Top photographer Eiko Jones meets them eyeball to eyeball to get into the middle of the action.

Every spring, when the temperature rises and melts the winter snow, the basin below the mountains fills with water and floods the county park. What remain are sunken benches, footpaths and a visibility of around 50 metres. Unfortunately, due to environmental concerns, authorities recently barred diving in the lake – but not before Martin Strmiska captured this surreal over-under shot.

This January, we bring you the most inspiring images from some of the industry’s greatest photographers. With a foreword by Paul Nicklen, stories behind the most incredible underwater shots, and photography tips and techniques, this is one of our most exciting special editions yet! 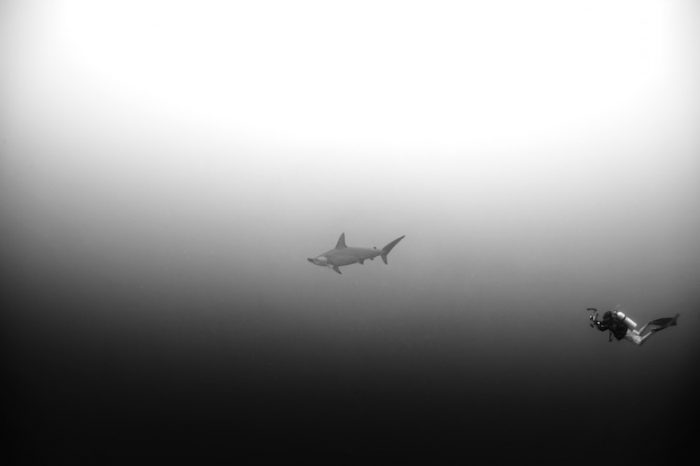 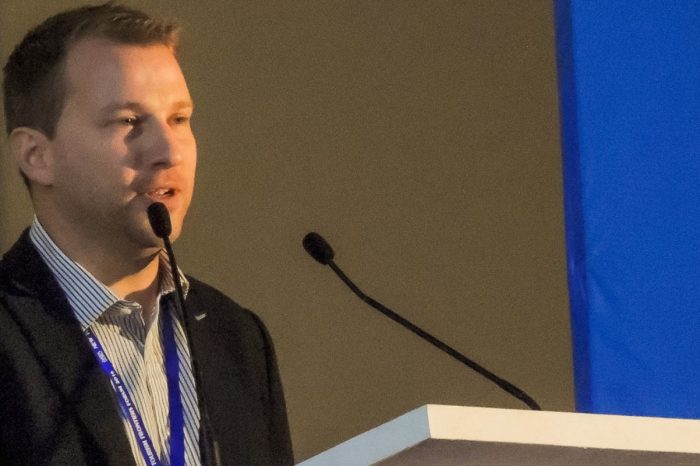 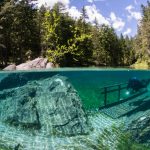