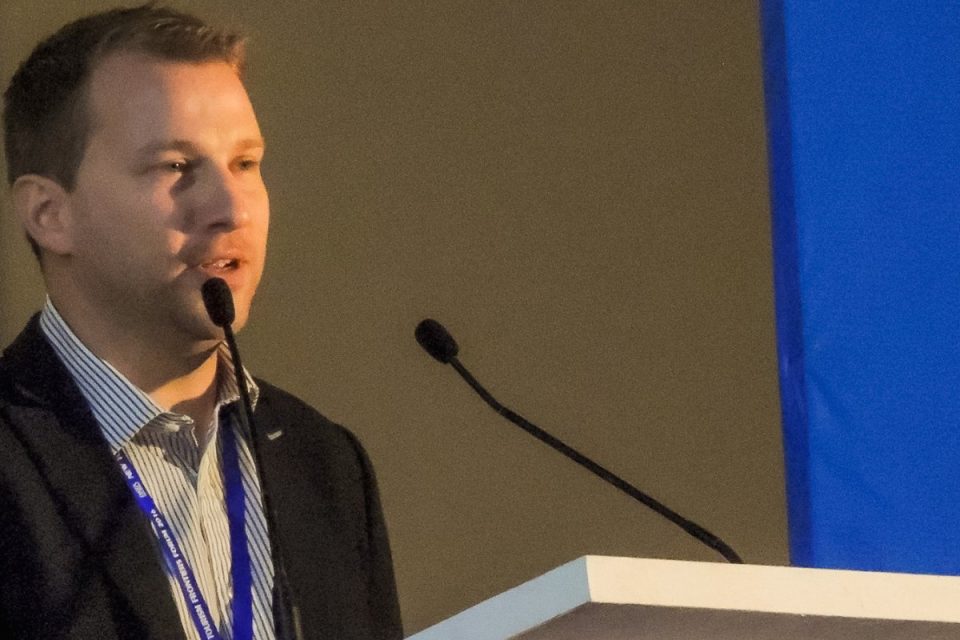 The future of this ocean planet seems to hang in the balance: chemicals kill all that they touch; overfishing sweeps the seabed of life; and ocean acidification bleaches and sterilises the shallow waters. It appears that we are at the start of a colourless world, laid bare by human life. Thankfully there are people out there dead-set on reversing the catastrophic impacts of climate change on the sea, these ocean defenders are the unsung heroes of every large eco-organisation – the boots on the ground making the hands-on difference.

Our Ocean Defender of the Week, James Harvey, as a Manager at Reef-World he has led the development of the UN Environment Programme Green Fins across Asia since 2008. With over 10 years of hands-on experience as a marine biologist working in tropical marine environments, James has worked closely with national governments, industry leaders and international environmental agencies in order to develop Greens Fins into a system that is meaningful to all stakeholders. We caught up with him for a quick Q&A on his life, and career:

What got you into marine biology?
I’ve always been interested in biology – more specifically the sea – which I guess stemmed from family holidays to the beach. As I got older I became more aware of the fact that there is large portion of this planet that we know so little about and I wanted to explore and find out more about the ecology and species that have evolved to live in this vast marine environment. During my studies and further work with universities and organisations around the world, the importance of the role healthy marine and coastal ecosystems play on our lives became more apparent and being able to positively influence people’s lives through the preservation and wise use of these systems has become my current focus.

What’s the hardest thing/best thing about your job?
Generally in marine conservation, your work and ultimate goal is to try and change people’s attitudes and way of life that have evolved over many years. This is particularly hard as most people are not willing to change how they live. This involves a burden on people’s resources, be it time or financially, and puts people in often awkward and uncomfortable situations. Having to influence people to change is not easy and this represents a large portion of what I do which at times can be hard. However it is not as hard as seeing the negative impacts resulting from the effects of polluted, or over harvested, marine environments on people’s lives. Listening to fishermen or local businesses struggling to feed their families due to the lack of fish or listening to owners of businesses that are collapsing due to over-developed and poorly planned tourism initiatives is always heartbreaking.

Contrary to this, the upside is seeing the result of sometimes years of hard work pay off and getting to hear positive stories from people on the ground saying that your work has directly had a positive influence on them, their families and the surrounding community.

What’s the craziest thing you’ve ever seen/discovered while on the job?
I was diving in the Andaman Sea in Thailand when I came across a recently discarded single fishing line draped across a reef. As it was recent and not tangled into the coral reef, I decided to collect it and pick it up off the reef. Making sure my buddy and the rest of the group were aware that I would be doing this, I was forced to follow the path of the fishing line which meant I was still within sight but got slightly separated from the group. The line ended up trailing off out into the blue and away from the reef. As I swam out into the deep and dark waters the line vanished off into the blue. Reeling it in, I became aware that the line was getting taught and I was being pulled slightly with it. Still pulling it in, the line suddenly became slack and I managed to pull in many metres of line until out of nowhere a reasonably large and very agitated black tip shark swam at me and quickly around behind me with the end of the line coming out of its mouth. I pulled in as much as I could before having to cut the line with my knife and finning back to the group. I decided extracting the hook from its mouth underwater was probably not a wise decision.

What do you hope to achieve through your work?
Globally, millions of people are dependent on the health of the seas and oceans as either a source of protein or a source of income. All this relies on the sustainable use of this precious ecosystem which is determined on the attitude of a select few individuals. I am fortunate enough to be given the chance to be in a position whereby I can hopefully influence people in positions of authority or who are influential themselves to make positive choices in how these resources are used. The ultimate goal is to not have to change their attitudes and instead it becomes the norm that people do their utmost to protect and conserve not just coral reefs but all marine ecosystems in the future.

Who is your marine biology role model?
Throughout my career, I have come across many inspirational characters whose dedication to the advancing of our scientific understanding of the marine environment is incredible. To dedicate a large portion of your life to better understand how and why such species live, feed, reproduce and interact with each other for the general wellbeing of man is both honourable and inspiring. However, there are marine biologists who prioritise research and general scientific advancement and there are marine biologist who use the findings of their research for the benefit of others and it is this dedicated group who I admire the most. To be predictably boring and prevent any hard feelings, I simply cannot name individuals, there are too many!

What do you think lies ahead for marine ecosystems?
In short, some rough times. I think as a species, we have to wait until something really catastrophic happens in order to enact real and impacting change. Current predictions from climate models clearly show that unless we do something drastic about climate change and change the way we think about energy, the negative impacts on our planet from rising levels of CO2  are certain to increase. Everything is set to increase such as the increase and severity in storms, increased acidity in the seas, rising sea levels, increased amounts of plastic, increases in the number of mass coral bleaching events and of course increasing sea surface temperatures. The only thing that will not increase is the abundance and number of species in the seas. A gloomy picture I agree, but the good news is all of these impacts are easily reversible, we only have to increase the number of people working in this critically important sector.

What can the average person do to help protect life in the oceans?
This is one of the most commonly asked questions I get asked. My simple response is everything. If we all, and I mean all 7.4 billion of us made the right decisions on a daily basis then we have the ability to make serious and fast changes. A lot of what we do on land impacts the oceans, it is just a case of how long our individual choices take to impact them. Discarding rubbish in the street will wash out into the sea in a matter of hours or days leading to marine life either ingesting it or choking to death. On the other end of the timescale, by choosing 100% green electricity to power your homes will result in less carbon being produced ultimately slowing down climate change. Choosing environmentally responsible food options also has the ability to make big differences. 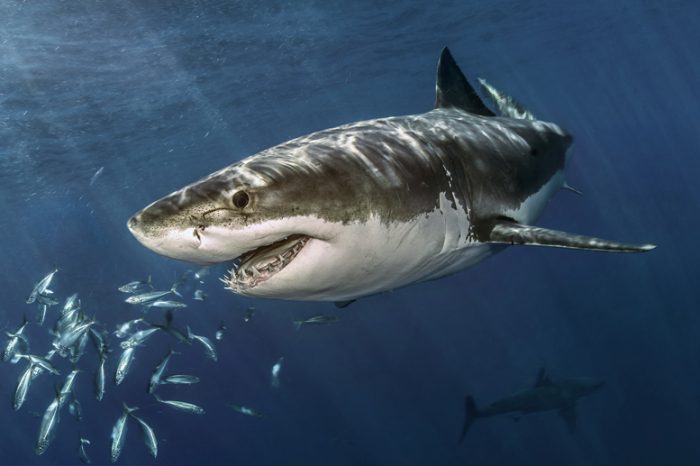 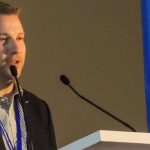