The gargantuan Chinese giant salamander (Andrias davidianus) is a creature with a history which stretches back to the age of the Dinosaurs. Follow Craig Turner as he investigates its rapidly dwindling conservation status. (Text by Craig Turner, photo by Ben Tapley/zsl) 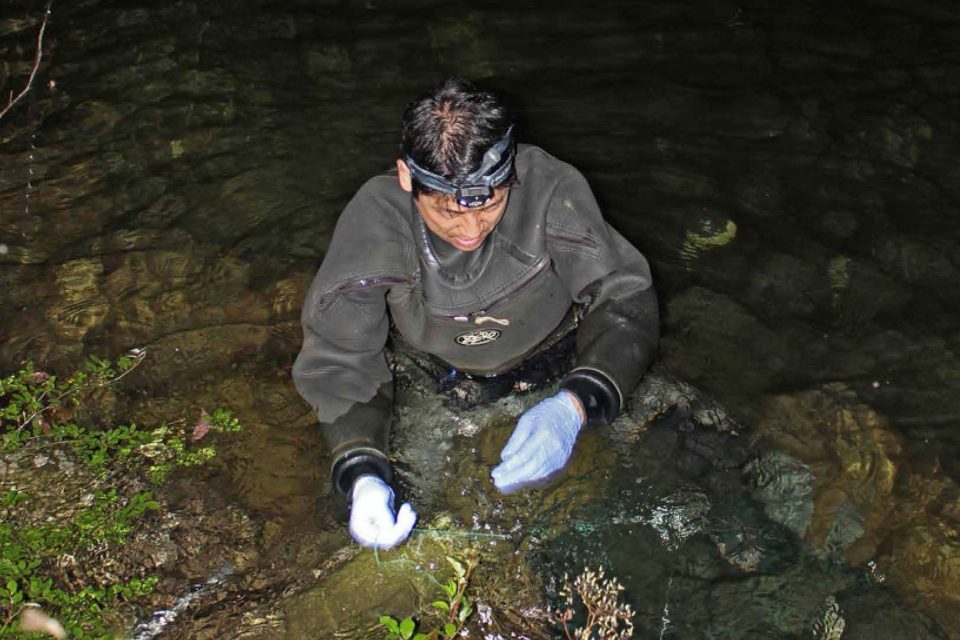 If you like large, charismatic vertebrates, then you should be a fan of the gargantuan Chinese giant salamander (Andrias davidianus). With a “family” history that stretches back to the dinosaurs, survival is in its genes. However, whilst possessing a unique genetic make-up contributes to its huge stature, it also brings unwelcomed attention, contributing to a rapidly dwindling conservation status.

The numbers are impressive. Reaching a staggering 180 cm in length and weighing over 30 kg; along with the world’s other two species of giant salamander – the Japanese giant salamander and the American hellbender – it’s been following a unique evolutionary trajectory for some 170 million years. 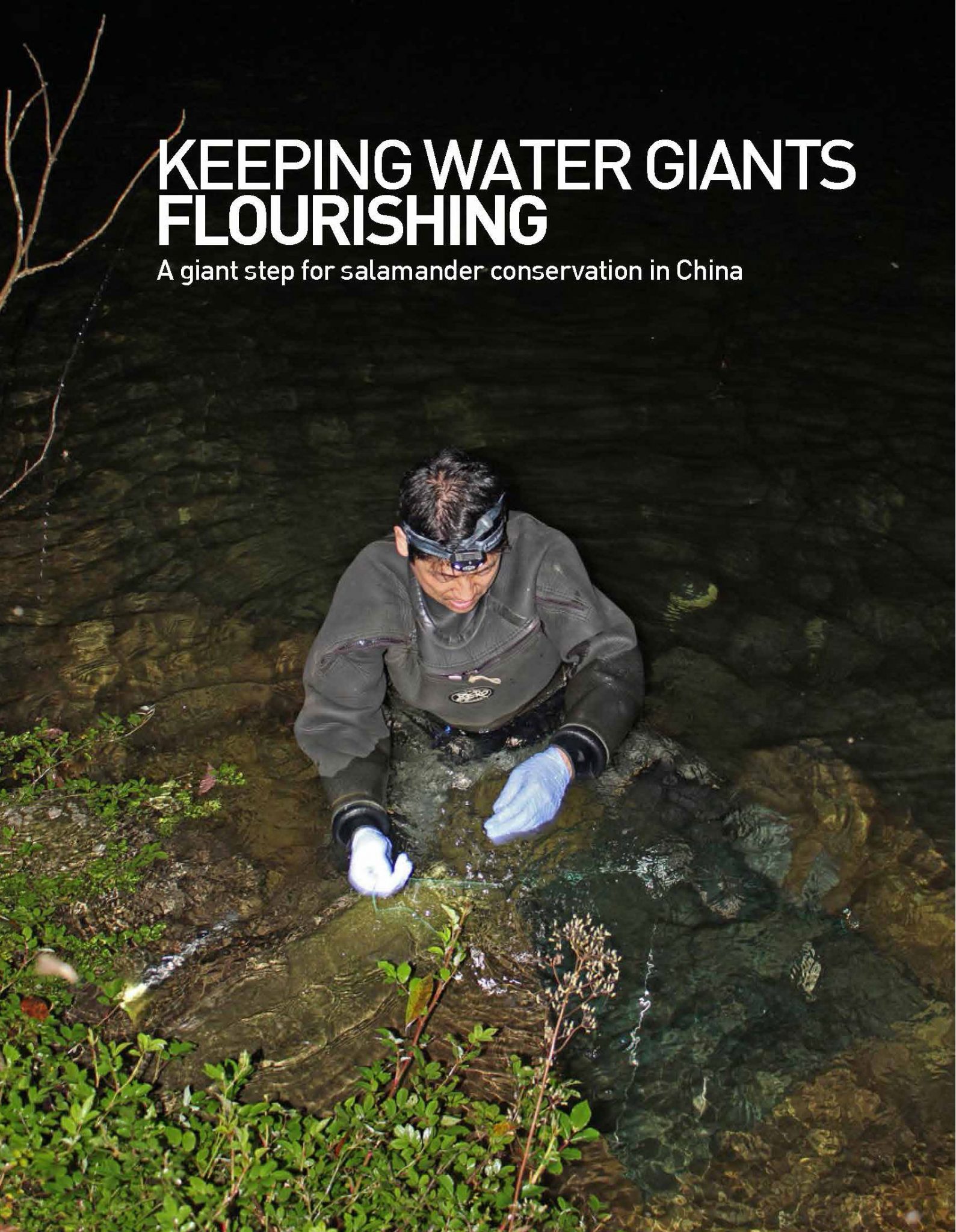 Genetic distinctiveness unfortunately offers little resistance to conservation decline. Ongoing threats include habitat destruction, pollution, climate change, over-harvesting and disease. Historical information indicates that the species was once widely distributed in the middle and lower tributaries of the Yangtze, Yellow and Pearl Rivers. Yet in the past 50 years, populations have declined sharply in both range and numbers, falling by a frightening 80 percent, leaving it listed as Critically Endangered. This combination of evolutionary uniqueness and conservation concern means it is the second-highest-ranked Evolutionarily Distinct and Globally Endangered amphibian in the world (edgeofexistence.org).

But what do we know of this species in the wild? Surprisingly little, for such a seemingly conspicuous species. Actual population estimates are hard to quantify, though distribution surveys have identified regional genetic differences across their known range. They occupy rocky, mountain streams and rivers with clear, fast-running water, in forested areas at moderate altitudes (below 1,500 m). Their permanently aquatic lifestyle may have hindered our knowledge of their life history.

Mating behaviour is described for the Japanese giant salamander (Andrias japonicus) and is probably similar for the Chinese giant salamander. Reproduction appears to take place from late August to September, when individuals congregate at nest sites. Males occupy breeding cavities, which they aggressively guard, whilst females briefly enter to lay between 400–500 eggs, in a string of beads. Following fertilisation, the male protects them from predators, until they hatch 12–15 weeks later in the early spring. Little is known on breeding success, survivorship rates and indeed the demography of the species. But knowledge is increasing through captive breeding efforts. However, this is not the classic conservation breeding you may initially envisage.

This species has huge cultural significance. Hunted for medicinal reasons, as well as food; this market has fuelled salamander farming. The Chinese have developed a host of methods for breeding this species, which were largely unknown outside of China, where captive breeding has rarely been successful. 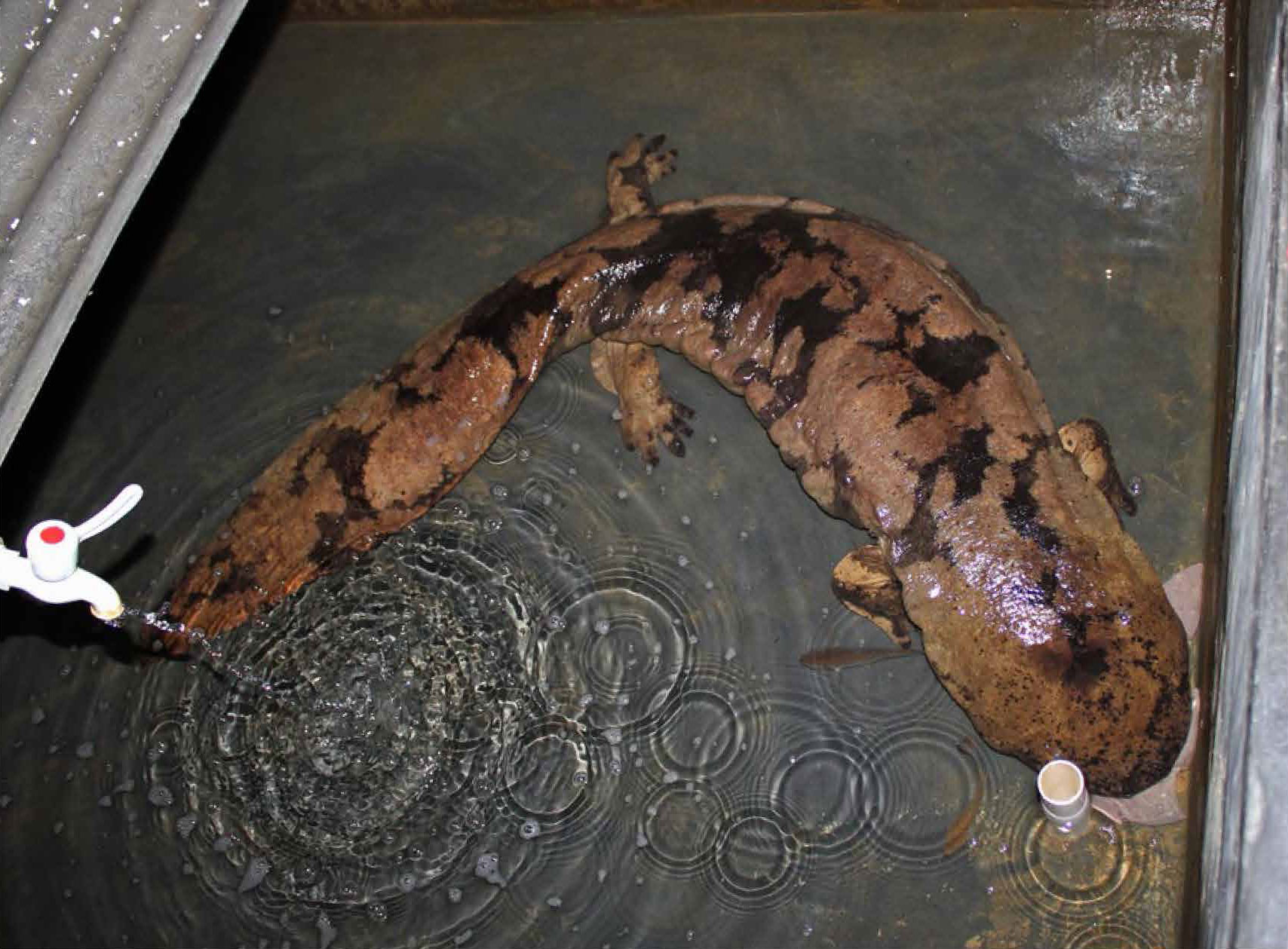 The threats and opportunities of this farming were spotted by the Zoological Society of London (ZSL) and others, as a means to consolidate conservation of this protected species. Farms have sourced wild individuals as new stock for breeding and whilst bred (and confiscated) individuals do get returned to the wild, there has been limited focus on disease and genetic screening. The potential impact of this “biological pollution” is huge, considering the genetic structuring amongst discrete wild populations, suggests the existence of multiple subspecies and/or cryptic species. 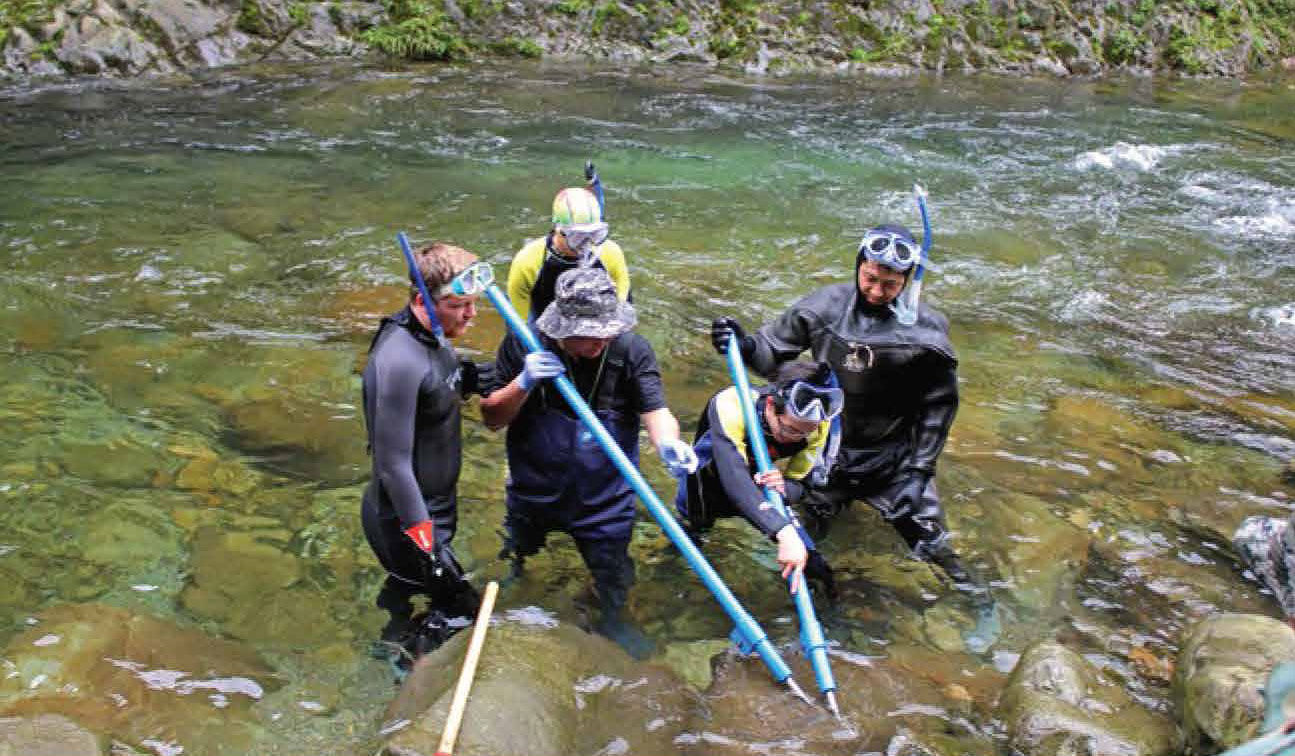 Rock turning is a method used for daytime surveys of salamanders. It is labour intensive, yet requires a degree of skill to ensure that salamanders don’t get crushed (Photo by Ben Tapley/zsl)

Previous in-situ conservation efforts have met with limited success. At least 14 nature reserves have been established to protect wild Chinese giant salamander populations, but their effectiveness is questionable, with more evidence of threats rather than salamanders persisting in each area.

ZSL spotted an opportunity to build on the existing conservation evidence and breeding skills, drawing together a multitude of partners. An international workshop followed, resulting in a Darwin Initiative* supported project that aims to complete more field surveys to assess populations, increase knowledge of conservation genetics and phylogeography, develop disease diagnostic  and research capacity, and improve ex-situ protocols for conservation – amongst others. All of these will contribute to a range-wide Conservation Action Plan, implemented by Chinese partners. 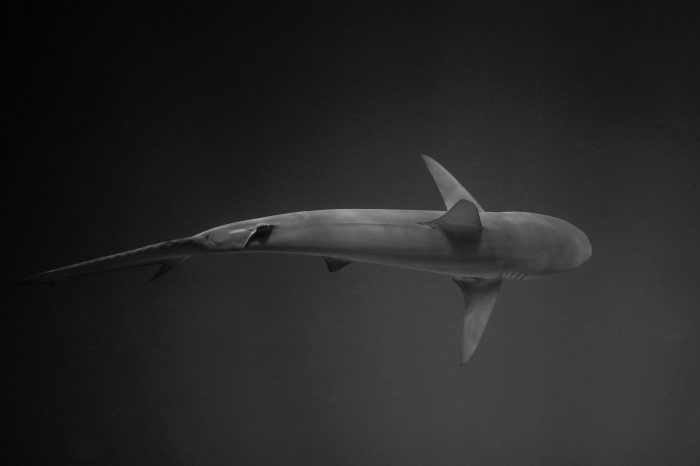 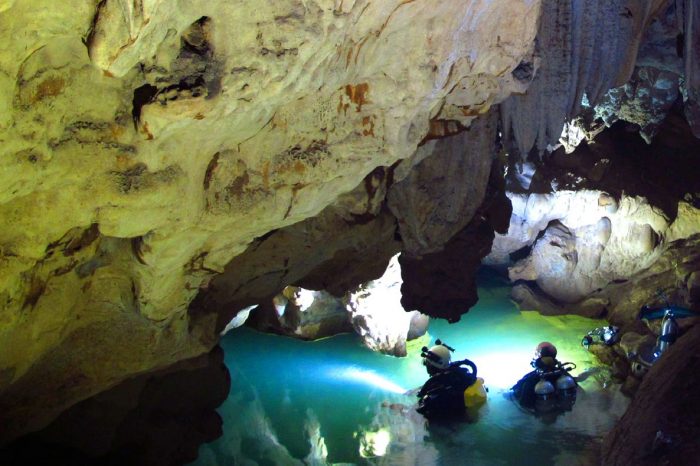 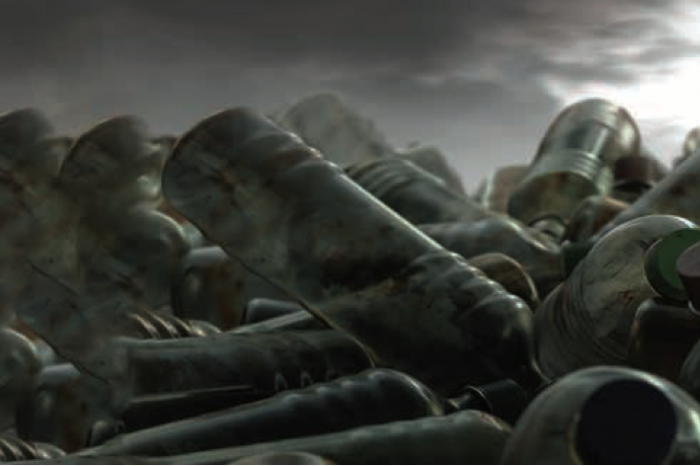 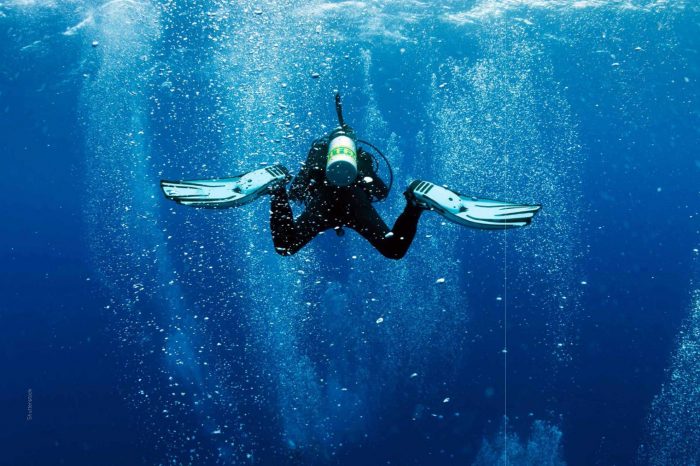 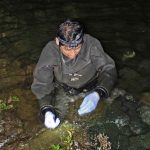