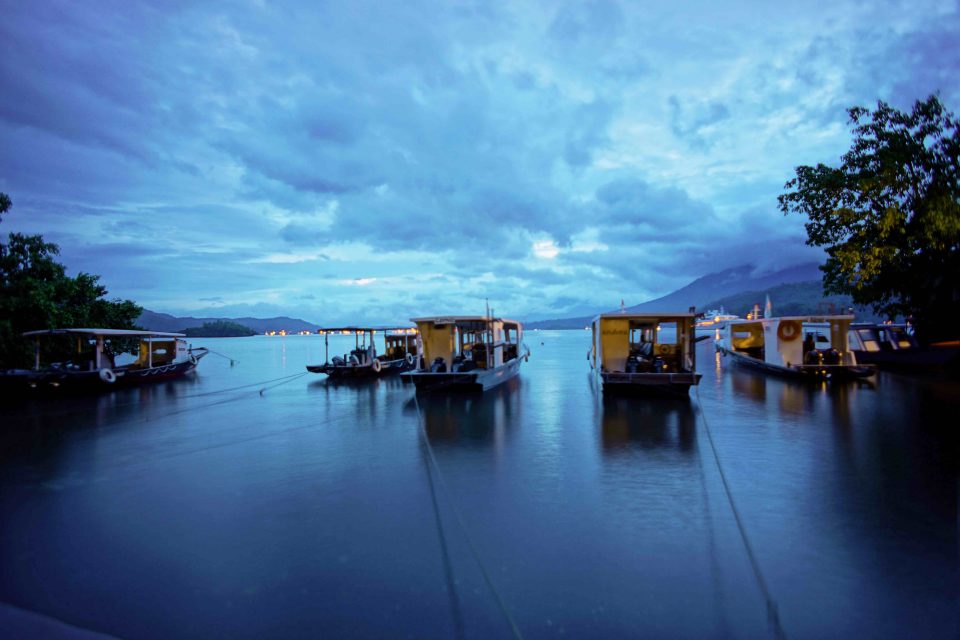 The light of my torch’s beam illuminated a small circle of fine black silt, outside of which the darkness was absolute. My buddy and I had wandered deeper than planned, but one amazing critter after another had drawn us onwards until we found ourselves exploring a barren expanse at 25 metres.

A puff of black silt caught my attention as a seemingly unremarkable fish emerged. I was just remembering how nothing in Lembeh is unremarkable, as the unassuming beige fish suddenly spread wide an enormous pair of bright yellow pectoral fins that almost equalled its length. This was my first ever sighting of a longfin waspfish, and one I still haven’t repeated outside of Lembeh Strait.

Night diving isn’t for everyone, but I’m always dismayed when I see divers pass up a nocturnal foray in favour of an all too tempting gin and tonic. By night an entirely different cast of animals is introduced, and Lembeh offers some of the best conditions to witness a night dive in all its glory. There is a clear transition from colourful daytime animals, for which light plays a vital part in their biology and behaviour, to the nocturnal ones where light is less of a consideration.

At night, you’ll definitely start seeing red. Soldierfish, starry night octopuses and reptilian snake eels are just a few of the crimson residents that emerge after the sun sets. You’ll probably remember from your Open Water course that red is the first colour in the spectrum to be attenuated by the water column. This combination of reduced ambient light and the absorption of red light makes red the best colour for camouflage at night. There are many aspects of night diving that get me excited, but Lembeh particularly excels in a couple of these.

I am a fan of starting night dives slightly before the sun fully sets to enjoy the transition between diurnal (active during the day) and nocturnal creatures. This is also a period when many creatures are reproductively active. 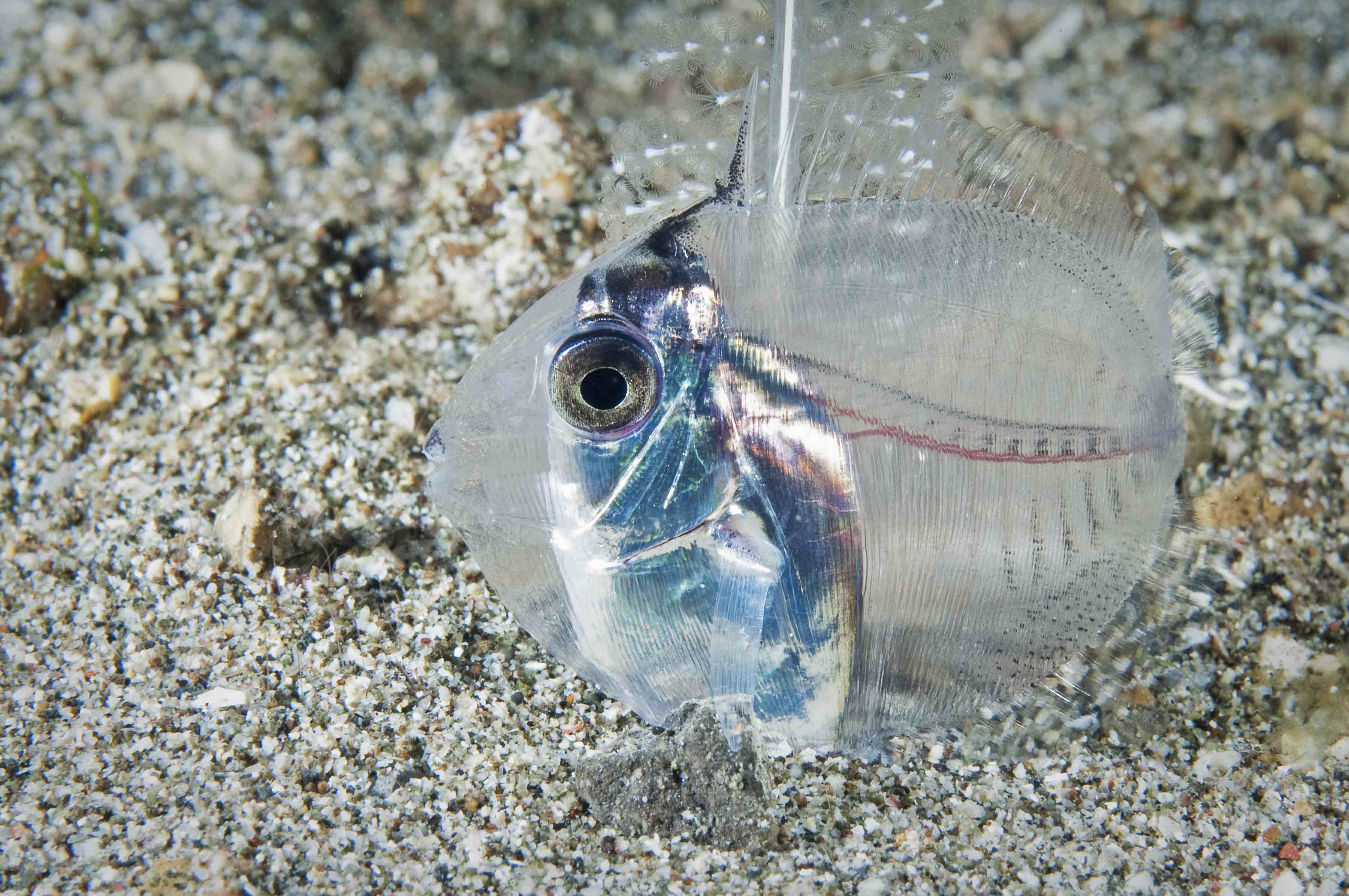 Probably the most famous example is the mandarinfish, which shows off its saucy displays in the waning light. However, R-rated shenanigans continue for other species well into the night. I once spent a whole hour watching by torchlight the amorous foreplay between a trio of hairy frogfishes, although sadly an errant moray eel spooked the female just before they spawned and the group scattered.

Lembeh is fantastic as a location to watch other behaviours too. Voracious hunters, such as cuttlefish, prowl the sand for prey, while others simply wait for their food to come to them. The stargazer is a classic ambush predator, but if prey items are thin on the ground, it has another trick up its sleeve. The stargazer uses the tip of its tongue as a lure, which it wiggles to resemble a worm, to attract hapless fish. When they inquisitively approach, the stargazer opens its vacuous mouth and sucks them in.

With strong currents that flow through the middle of Lembeh Strait, numerous larval creatures are deposited on its sites. Many of these settle under cover of darkness. Larval fishes are quite distinctive, as they don’t yet have the pigmentation of their older kin; rather their bodies are transparent.

It is often still possible to see their internal organs, skeleton and swim bladder, as a lack of colouration would have conferred them some camouflage in the open sea. Although relatively large, I have seen larval octopuses, which also have limited pigmentation when they first settle on the reef. All of this quickly changes as they adapt to their new surroundings.

For the rest of this article (Scuba Diver 2015 Issue 4 No 139) and other stories, check out our past issues here or download a digital copy here. 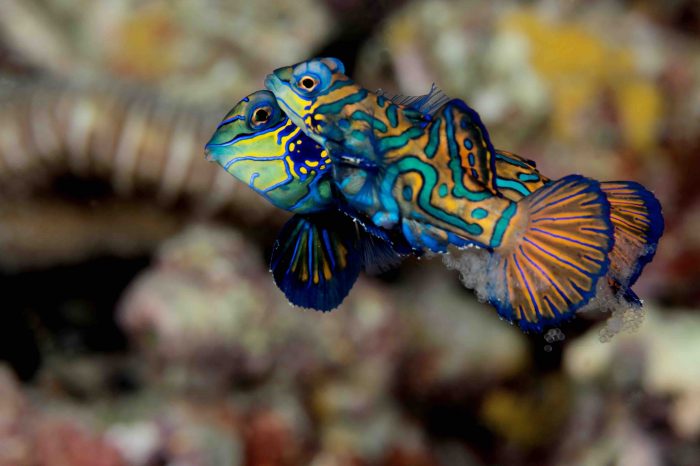 When the Sun Sets on Celebes at 6.20pm 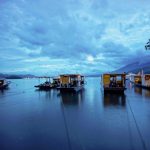