Welcome to the Longest Coral Bleaching Event in History

We are currently in the grip of the longest global coral bleaching event in recorded history. Its impacts have been felt throughout the world, from the Great Barrier Reef to the Caribbean. So how has Asia’s “Coral Triangle” been affected, a region often dubbed “The Amazon of the Seas”?

In 2015, for the first time, the average surface temperature across the entire planet reached one degree above the pre-industrial average (a reference period from 1850 to 1900). This milestone coincided with an El Niño, a natural phenomenon described by unusually warm waters in the Pacific Ocean. The result was a global bleaching event, which began in 2014 and is still ongoing.

The current global bleaching event is only the third in recorded history. The previous two occurred in 1998 and 2010, and both coincided with an El Niño. Unsurprisingly, all these events happened in the last 20 years, a feature of a warming planet that we can only expect to become more common in the future.

Coral bleaching occurs when coral gets stressed due to high temperatures and expels the algae (zooxanthellae) living inside it. These algae are very important for the coral’s survival, providing it with most of its food through photosynthesis. Without the algae, the coral has to find all the food itself, which it does by capturing plankton from the water. The coral also turns white in colour – hence the name “bleaching”. It might seem illogical for the coral to expel organisms which it relies on so heavily, but it does this to protect itself: When water temperatures are too high, the algae start to produce free radicals which damage the coral. If temperatures do not return to normal within a short period of time, and the coral reabsorbs the algae, it will likely die.

The full impact of the current global coral bleaching event is still unknown. In 2015 the US National Oceanic and Atmospheric Administration (NOAA) predicted that 38 percent of the world’s reefs would be impacted. One of the hardest hit is the Great Barrier Reef, which experienced its worst bleaching event on record: Almost all of it has been affected, and close to one quarter has died. Though the worst is over for this region, the next victims appear to be Southeast Asia and the Coral Triangle. Recent observations by NOAA show that already warm waters in the region are heating further, resulting in all 23 monitoring stations being on a bleach alert. 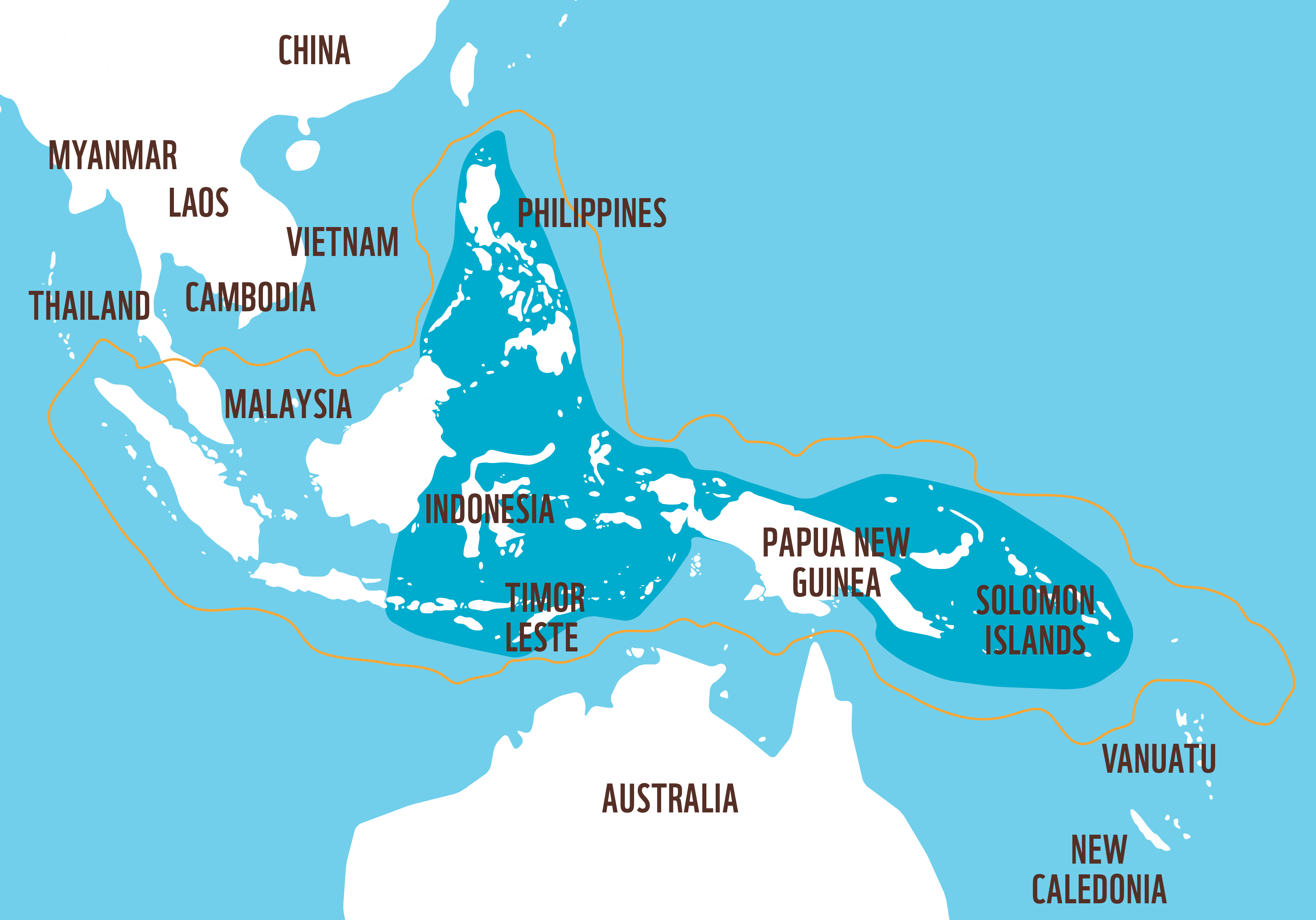 “Encompassing six countries in Southeast Asia, the Coral Triangle is an area that contains 38 percent of the world’s coral reefs. It has the highest diversity of coral species and coral reef fish species in the world.” ©WWF

Effects on the Coral Triangle

Encompassing six countries in Southeast Asia, the Coral Triangle is an area that contains 38 percent of the world’s coral reefs. It has the highest diversity of coral species and coral reef fish species in the world: 76 percent of all coral species and 37 percent of all coral reef fish species can be found here. It is therefore unsurprising that it is recognised globally as the centre for marine biodiversity. Despite this global significance, the Coral Triangle is poorly protected. In fact, a report by the World Resources Institute (WRI) in 2012 found that only 16 percent of the Coral Triangle’s reefs were in marine protected areas (MPAs). Of these, only 1 percent were deemed to be effectively managed. This was despite the setting up of “The Coral Triangle Initiative” in 2009 – an effort to protect the area by its six constituent countries.

The WRI report found that 90 percent of the Coral Triangle’s reefs were threatened at the time. Remember that this was back in 2012, before the current global bleaching event. Recent observations suggest that the reefs have already been affected. Marthen Welly, of the Coral Triangle Centre in Indonesia, says that recent coral bleaching has been observed in the coastal areas of Bali, Sumatra (with intensive bleaching in the west), Sulawesi, and the Banda Islands. When asked about the future of these reefs, he expects them to recover “as long as the temperature reduces”. 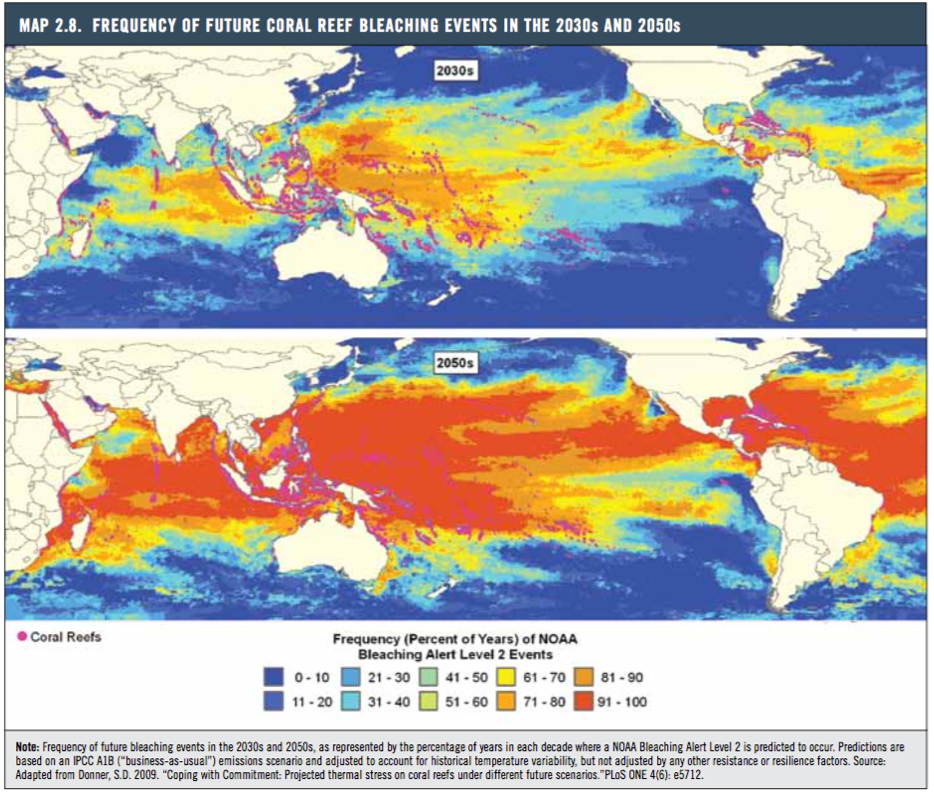 The long-term outlook for the Coral Triangle is bleak. As well as significant local threats, the global threats of climate change and ocean acidification (due to absorption of CO2) are present and increasing. The WRI report predicts that by 2030, 90 percent of all the world’s reefs will be threatened. For the Coral triangle, this increases to almost 100 percent.

Given the importance of the region’s reefs, this should be seen as no less than a crisis. As the report notes, coral reefs are one of the most productive and biologically rich ecosystems on Earth. They are an important source of food and tourism, and as well as protecting shorelines against waves and storms, they may hold the secrets to preventing disease, as “many reef-dwelling species have the potential for forming life-saving pharmaceuticals”. This last point alone should be enough to spur the world into action. When you then consider the other effects of climate change – increased droughts, floods, storms, heat waves, sea level rise, species extinction, and so on – it is amazing that every waking moment of every human on the planet is not filled with a single-minded determination to stop producing carbon dioxide and start saving the planet. 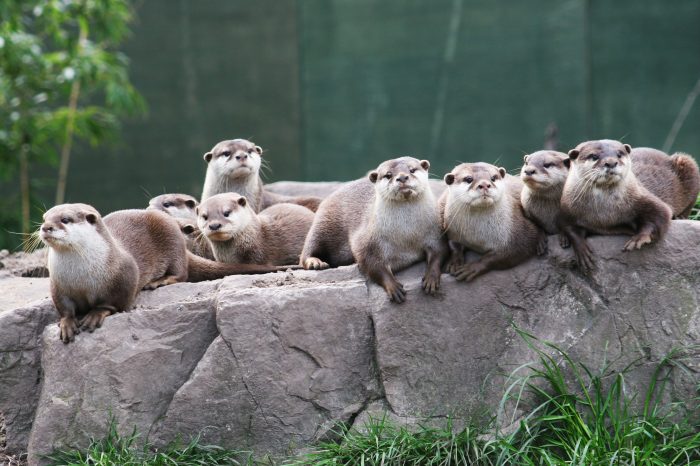 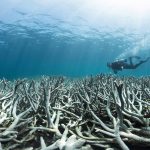 Welcome to the Longest Coral Bleaching Event in History