Widely celebrated for his willingness to pose for underwater photographers, Rajan is India’s famous swimming elephant. Mark Strickland uncovers the story behind this gentle giant. 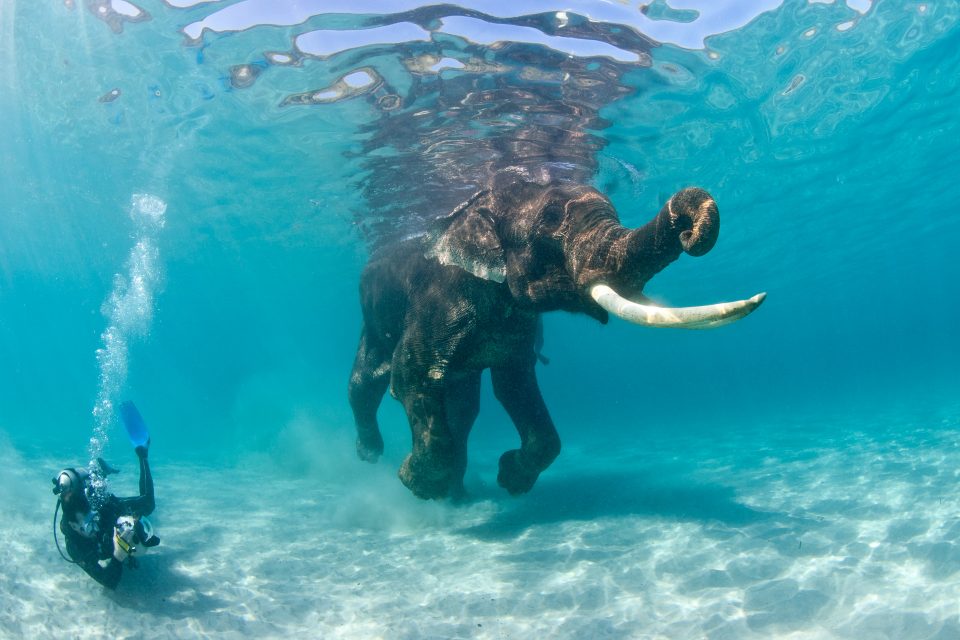 Text and Images by Mark Strickland

At first, the idea of encountering an elephant underwater seems rather strange. After all, these huge mammals are adapted for life in the jungle, not below the waves. If you think about it, however, with their long, flexible “snorkel” of a trunk, there are few land animals that are better suited for an aquatic existence. Enter Rajan, India’s famous swimming elephant. Widely celebrated for his willingness to pose for underwater photographers, this gentle giant was born in southern India around 1950, then brought to the remote Andaman Islands as a young adult to labour in the logging industry. His life was not easy but Rajan did find time for romance, eventually meeting a female with whom he was clearly smitten­. Relationships between the sexes are typically fleeting affairs with elephants, but their case must have been an exception, as the two were seen together frequently over the years. The female was an avid swimmer and Rajan soon followed suit, often joining her for a refreshing dip in the sea after work. Swimming was also something of a job requirement as the logging companies occasionally swam their elephants between neighbouring islands, rather than hiring barges to transport them. The pair lived happily together for several decades, until a few years ago the female was bitten by a cobra and succumbed to complications. 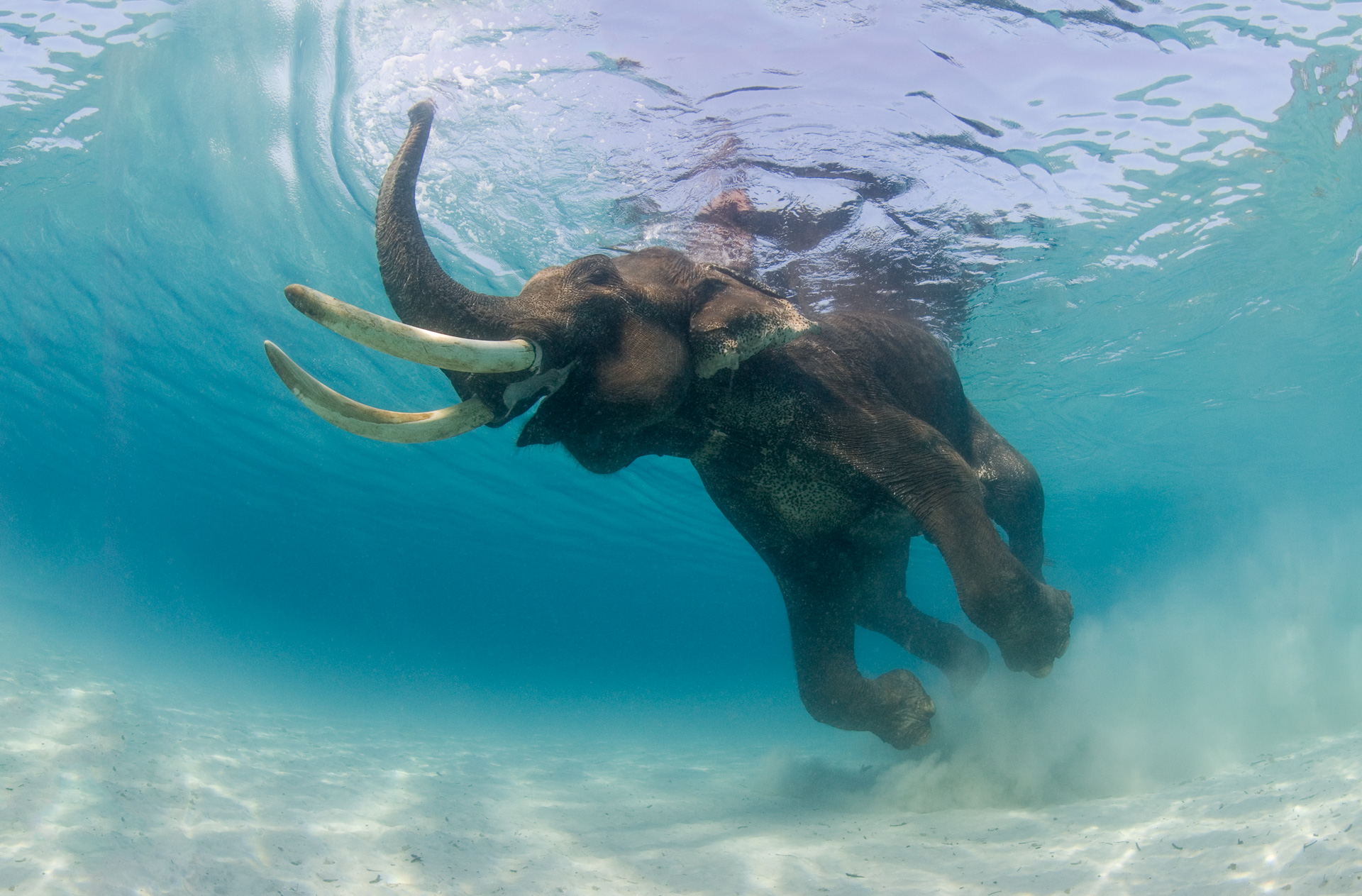 Grief stricken, Rajan was inconsolable and slipped into a deep depression for more than a year following her death. Normally a hard worker, he became disinclined towards his log-hauling duties, and therefore useless to his employers. With no hint of when or if he might get his mojo back, the elephant’s future looked grim. Fortunately for Rajan, it was about this time that movie director Tarsem Singh heard about his affinity for the sea and tentatively cast him in a film called The Fall. Rajan’s then-current location was not suitable for the shoot so arrangements were made to move him to Havelock, an idyllic, mostly undeveloped island in the central Andamans. Apparently, the surroundings and job description agreed with him and Rajan gradually regained his former joie de vivre.

After filming was completed for the movie, the photogenic pachyderm settled easily into the sleepy pace of life on Havelock, spending much of his time foraging in the forest with his mahout (handler). Before long, however, his owners announced their intention to ship him back to the mainland, where he would likely have spent his remaining years chained to a temple wall. Thankfully, the owners of Barefoot Resort, who’d been looking after him during his time on Havelock, came to the rescue. The elephant’s owners had demanded a huge sum for the animal, so the resort enlisted Rajan to raise the money via paid photo sessions with visiting divers. Averaging only a few sessions each month, Rajan eventually raised enough cash to earn his freedom, and officially retired from underwater modelling in 2014. Since then, he could often be seen wandering in the forest near the resort, enjoying his well-deserved retirement while entertaining visitors and locals alike.

Rajan recently passed away at the ripe old age of 66.

To find out more about diving in India, join us at the ADEX INDIA MUMBAI DIVE SHOW 2019 from October 4 to 6 2019 at THE LaLiT, Mumbai, India 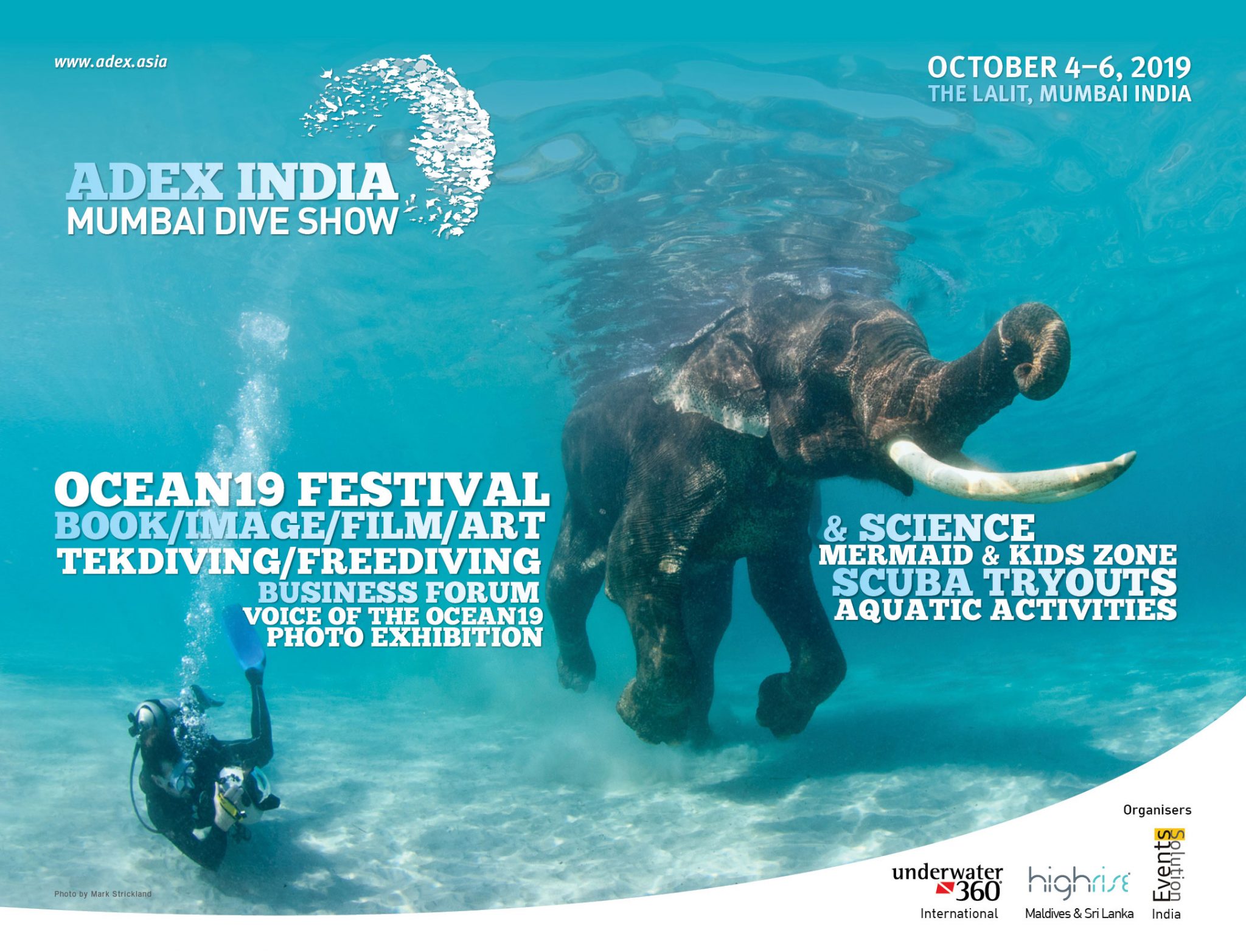 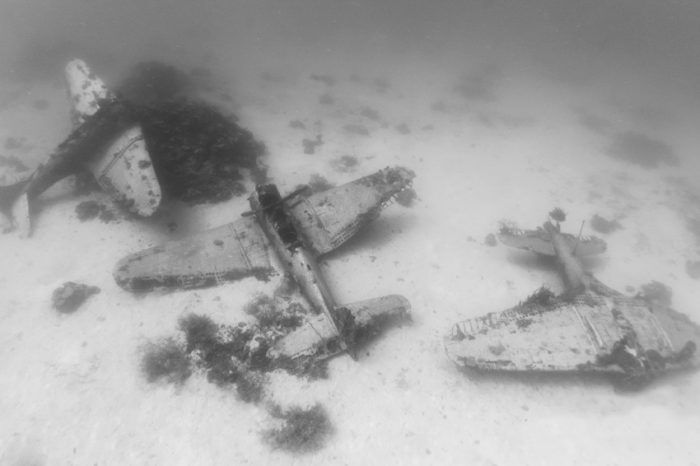 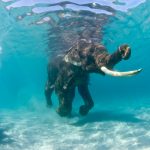