Sony has revived its Alpha SLT (single-lens translucent) system with the flagship A-mount a99 II. For those who thought that the system was kaput, the new-look camera will come as a welcome surprise. Featuring a 42-megapixel full-frame sensor – capable of shooting at an incredible 12fps at full resolution – the new a99 II boasts a maximum ISO of 102,400, 4K video at 100Mbps, and a magnesium alloy body that is dust and moisture sealed.

With the a99 II’s Hybrid Phase Detect autofocus system, there’s also a new level of AF performance being brought to the table, with 79 dedicated phase detect points plus 399 focal plane phase detection points delivering precise, speedy autofocus and advanced subject tracking right across the image. Sony claims that the a99 II can capture detailed images even with fast-moving objects in challenging light conditions. A large buffer and sophisticated data processing mean these detailed shots can be viewed immediately after shooting.

The a99 II is shipping in November and is expected to retail for about US$3200.

(SINGAPORE, 21 September 2016) – Reaffirming its commitment to produce industry leading A-mount interchangeable lens cameras, Sony today launched a new flagship ɑ A-mount model, the a99 II. A successor to the highly acclaimed ɑ99, the new a99 II combines the best of Sony’s latest digital imaging innovations including a new Hybrid Phase Detection AF system with exclusive Sony A-mount features such as Translucent Mirror Technology™ (TMT). The result is a supremely specified, professional level camera that will be particularly appealing to sports and wildlife photographers.

The newly developed Phase Detection AF System is capable of ‘full-time AF’ and is the first implementation of 4D FOCUS in the full-frame ɑ series, bringing a supreme new level of AF performance to ɑ99 II users. The Hybrid Phase Detection AF System is enabled by combining a precision 79-point[4] dedicated phase detection AF sensor with 399 focal plane phase detection AF points1 to produce a 79 hybrid cross AF point[5] array. These cross points deliver incredibly precise autofocus performance and advanced subject tracking of any moving objects right across the image, at high speed. In addition, as there is no moving mirror, TMT enables continuous AF operation and the finder image remains unaffected during any type of shooting, including live view and movie recording.

Low light conditions present no problem to the ɑ99 II. The precision AF system will function properly down to EV-4[6] brightness levels where most other cameras struggle.

Data flow through the ɑ99 II has been redesigned to allow for high resolution and continuous shooting at high frame rates. A new front-end LSI works with the image sensor and BIONZ X image processing engine, as well as a newly designed shutter unit, to enable continuous shooting at up to 12fps2 with AF/AE tracking[7], all whilst harnessing the sensor’s 42.4MP capabilities. The result is an ultra-fast camera that will deliver incredibly detailed shots, even with fast moving objects in challenging light conditions. Thanks to a large buffer and sophisticated data processing, these shots can be viewed immediately after shooting even when in high speed continuous shooting mode and if shots are being taken indoors under artificial lighting, flicker is automatically detected and the shutter is timed to minimise its effect on the end image[8].

Improvements to the EVF display algorithm now deliver continuous live-view shooting at up to 8 fps[9] with AF/AE tracking with minimal display lag so that the viewing experience is essentially no different from that of an optical viewfinder. Exposure, white balance and other camera settings are displayed in real time in the viewfinder and continuous live view shooting can be set in 3 stages to match a variety of subjects: 8 fps, 6 fps and 4 fps. 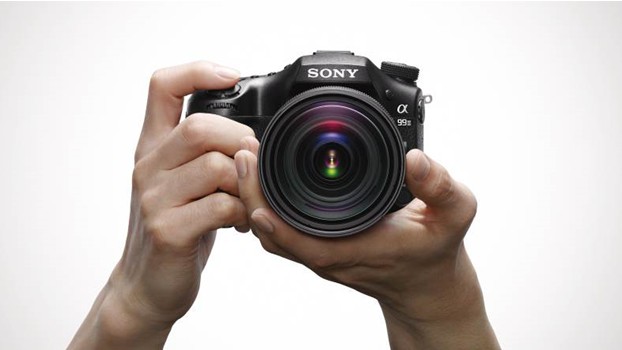 The back-illuminated full-frame 42.4MP[10] Exmor R CMOS sensor benefits from a gapless-on-chip design and allows for fast readout of large volumes of data as well as being extremely efficient in its light gathering ability. The net result is very high sensitivity with low noise, wide dynamic range and 42.4MP resolution across an ISO range of 100-25600, expandable to ISO 50 – 102,400[11].The ɑ99 II has been designed without an optical low-pass filter to allow the finest natural details and textures to be captured with unprecedented depth and realism and the photographer can select compressed or uncompressed RAW files, as required.

Having proved to be incredibly popular in the ɑ7 II series of cameras, Sony has designed a new in-body 5 axis image stabilisation system for A-mount cameras which debuts for the first time in the ɑ99 II. In addition to movement in the pitch and yaw axes that tend to occur at longer focal lengths, this system effectively detects and compensates for shift blur that can occur on the X and Y axes when shooting close-up, and roll blur that is often apparent in still images and movies that are shot at night. Newly implemented precision gyro sensors are capable of precisely detecting even tiny camera movements that can cause blurring, providing a 4.5 step[12] shutter speed advantage that can help realise the full potential of the 42.4MP sensor, in both stills and movies. The effect of image stabilisation can be monitored in the viewfinder or on the LCD screen during live view when the shutter button is half pressed or the Focus Magnifier functions are used. This allows framing and focus to be accurately checked via live view when shooting at telephoto focal lengths or macro distances.

The design of the new ɑ99 II has noticeably evolved compared to its predecessor, based upon feedback from professional users. The new model is 8 per cent smaller than the original ɑ99 and has a newly designed grip, magnesium alloy body, dual SD[13] card slot and other upgrades that improve both hold and operation. All major buttons and dials are provided with seals and the media jack cover and enclosure edges feature tongue and groove – the result is a bod
y that is both dust and moisture resistant[14] and can be used in the toughest and most challenging shooting conditions.

In addition to being designed for faster response, the new shutter unit is also more durable and has passed endurance tests in excess of 300,000 shutter operations[15]. The XGA OLED Tru-finder has a ZEISS® T* Coating and has a 4 element lens group that includes a double sided aspherical element whilst offering a powerful 0.78x magnification, delivering outstanding clarity from corner to corner. It also has a fluorine coating on the outer lens to prevent fingerprints, dust, water, oil and dirt from sticking, thus ensuring a clear view.

The silent Multi Controller introduced in the original ɑ99 has been improved so that in addition to allowing control of aperture, shutter speed, ISO, exposure compensation, AF area, AF mode and other settings, it now features a click-stop ON/OFF switch. When ON, the preferred setting for still image shooting, the control clicks, providing a tactile indication of the length of rotation. When OFF, the control turns smoothly and quietly, ideal for movie shooting. Location data acquisition has also been made possible via Bluetooth[16] connection to a compatible mobile device and it is now possible to select whether the storage location should just be on a tethered computer or also on camera for easy review without leaving the shooting position. Based upon feedback from a number of ɑ users, the menu structure of the ɑ99 II has also been updated to deliver a smoother navigational experience.

The new ɑ99 II will be available at all Sony Stores, Sony Centres and selected Sony authorised dealers from November 2016.

Sony Electronics (Singapore) was established on 1 October 1999 with business activities comprising engineering and manufacturing, sales and marketing, and information systems. As part of Sony Electronics (Singapore), Sony South East Asia is responsible for the marketing and sales of consumer products in Singapore, as well as for business and professional products in Singapore and other countries in the South East Asia region. It also handles export business for consumer products from Singapore to various parts of Asia. Since establishing our presence in Singapore in 1973, we have grown steadily over the years to become a leader in the consumer electronics market. For more information on Sony’s products and services in Singapore, please visit http://www.sony.com.sg/

[1] The number of usable AF points may depend on the lens and shooting mode. Up to 323 focus points are selectable. Not available for movie recording.

[4] The number of usable AF points may depend on the lens and shooting mode.

[8] When Anti-flicker Shoot. is ON. Flicker detection at 100 Hz or 120 Hz only. Continuous shooting speed may decrease. Does not function during bulb exposure or movie recording

[19] Sound cannot be recorded. SDHC/SDXC memory card of Class 10 or higher is required. 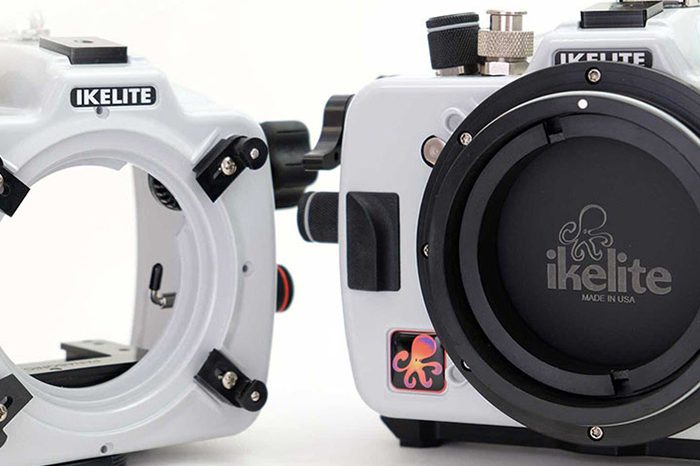 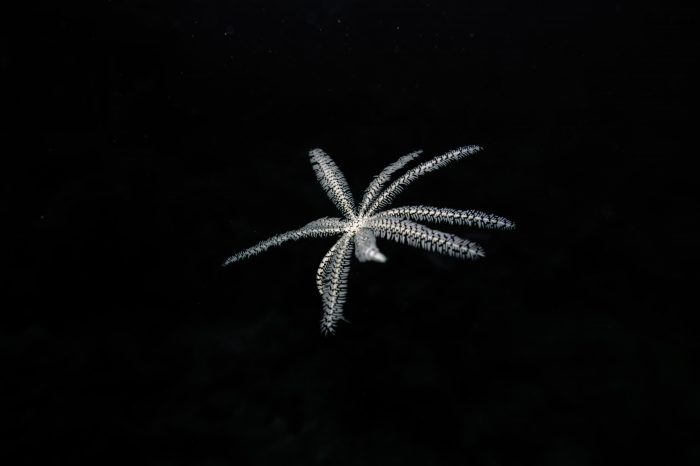 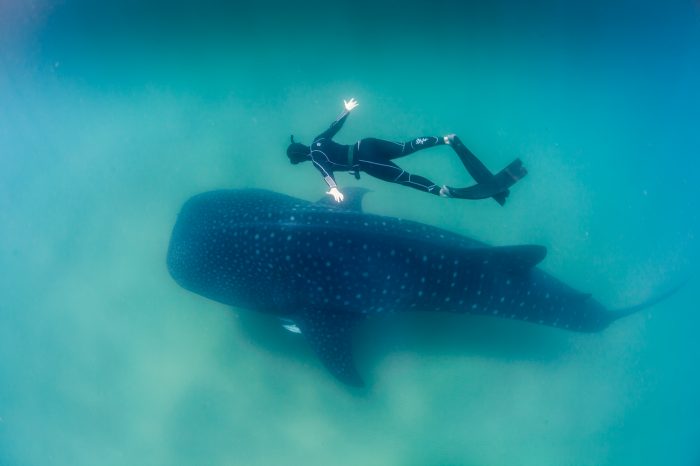 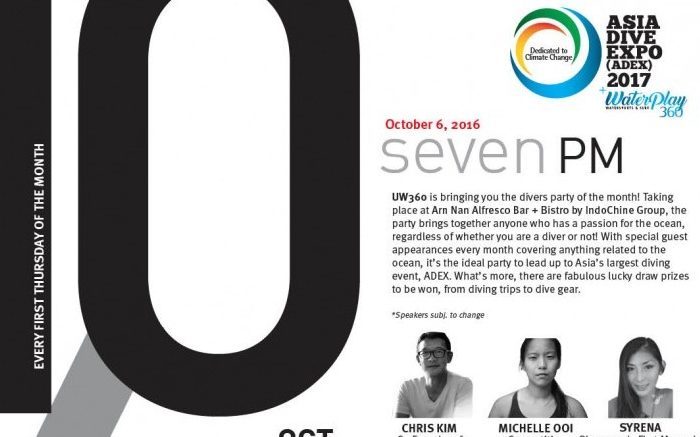 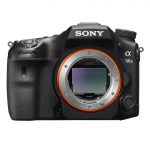