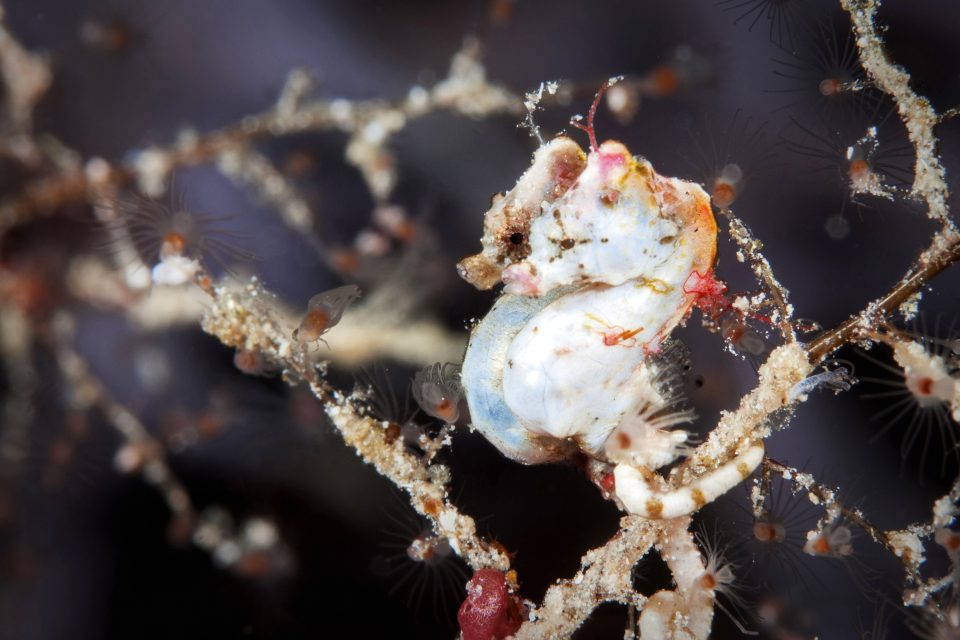 I could never have foreseen what fascinating subjects these diminutive fish would make. Setting out to discover the private lives of pygmy seahorses, I embarked on my doctoral research, studying the biology and conservation of pygmy seahorses, based on what we already knew of the larger seahorses.

Male pregnancy had already been confirmed from dead specimens, but their natural behaviours on the coral reefs of Southeast Asia remained a mystery. Ultimately, my notes after a research dive read more like an E.L. James novel than scientific records, but I was able to uncover many of these mysterious animals’ darkest secrets.

You might not expect pygmy seahorses to have distinct personalities, like characters from a soap opera, but after almost 1,000 research dives watching every last detail of these fish’s lives, I can certain attest to their fascinating and sometimes quirky behaviours.

I have already written about the group of Denise’s pygmy seahorses, Tom, Dick, Harry and Josephine, who shared a gorgonian coral on Wakatobi Dive Resort’s House Reef. These four showed us how a life trapped together on a gorgonian can take unexpected turns. Josephine shared her amorous attentions with both Tom and Dick whilst poor Harry bided his time for his chance to carry little pygmies of his own. This little “ménage à quatre” sparked plenty of rivalry between the males, but ultimately Tom and Dick shared parental duties in the group. 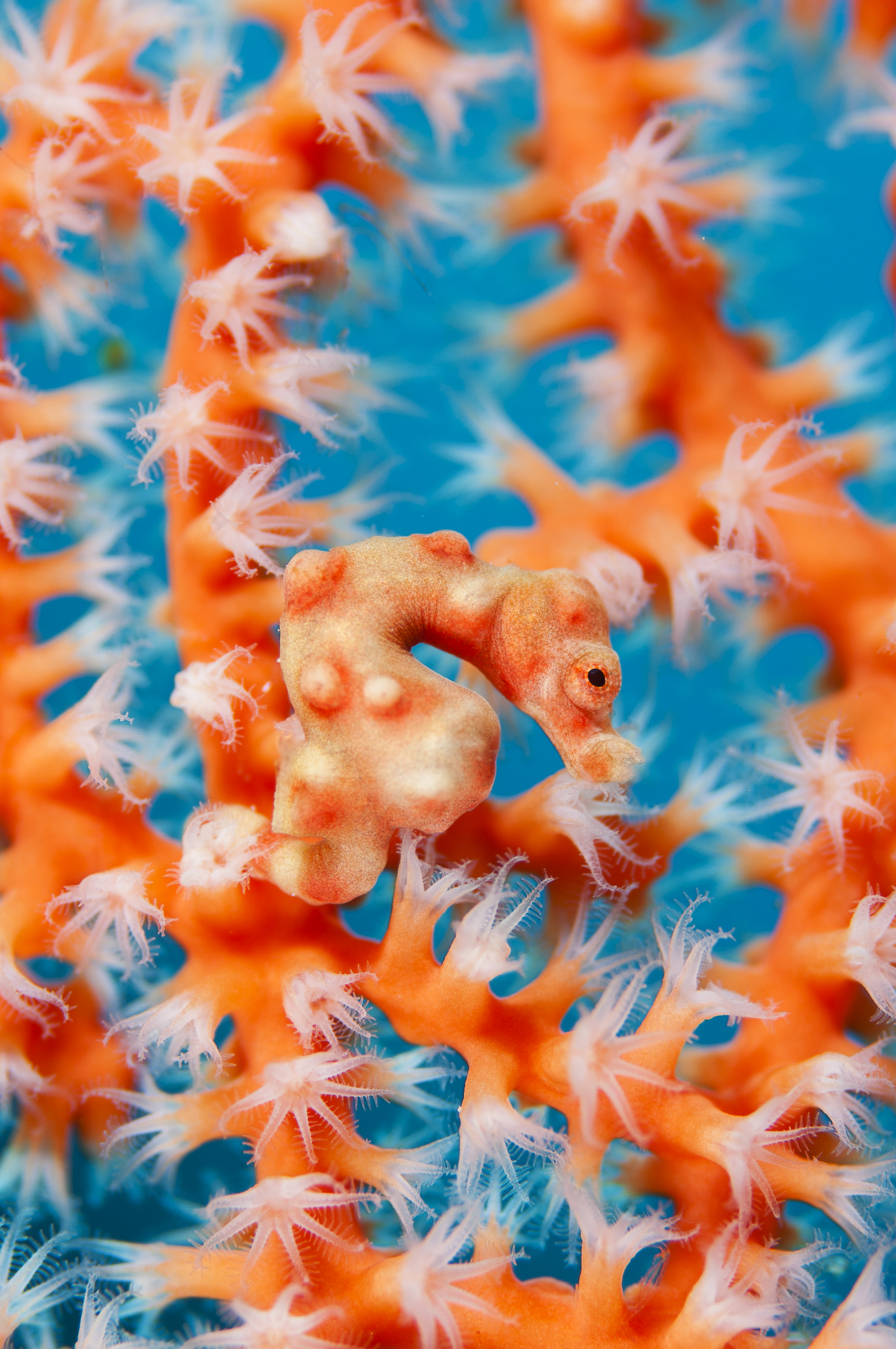 A Denise’s pygmy on its gorgonian home. The extended tentacles indicate that it has not been disturbed

In hindsight it seems most distasteful, but my research dictated that I next turn my attentions to a female-biased ménage à trois. I had already seen that under the circumstances of a male biased sex ratio, the female (in this case, Josephine) was able to produce clutches of eggs just days apart in order to impregnate two males (Tom and Dick). Subsequently, I was intrigued to find out whether a single male would accept eggs from two females. Luckily, at Wakatobi there is no shortage of pygmies and I soon found a perfect group: Charles, Diana and Camilla. 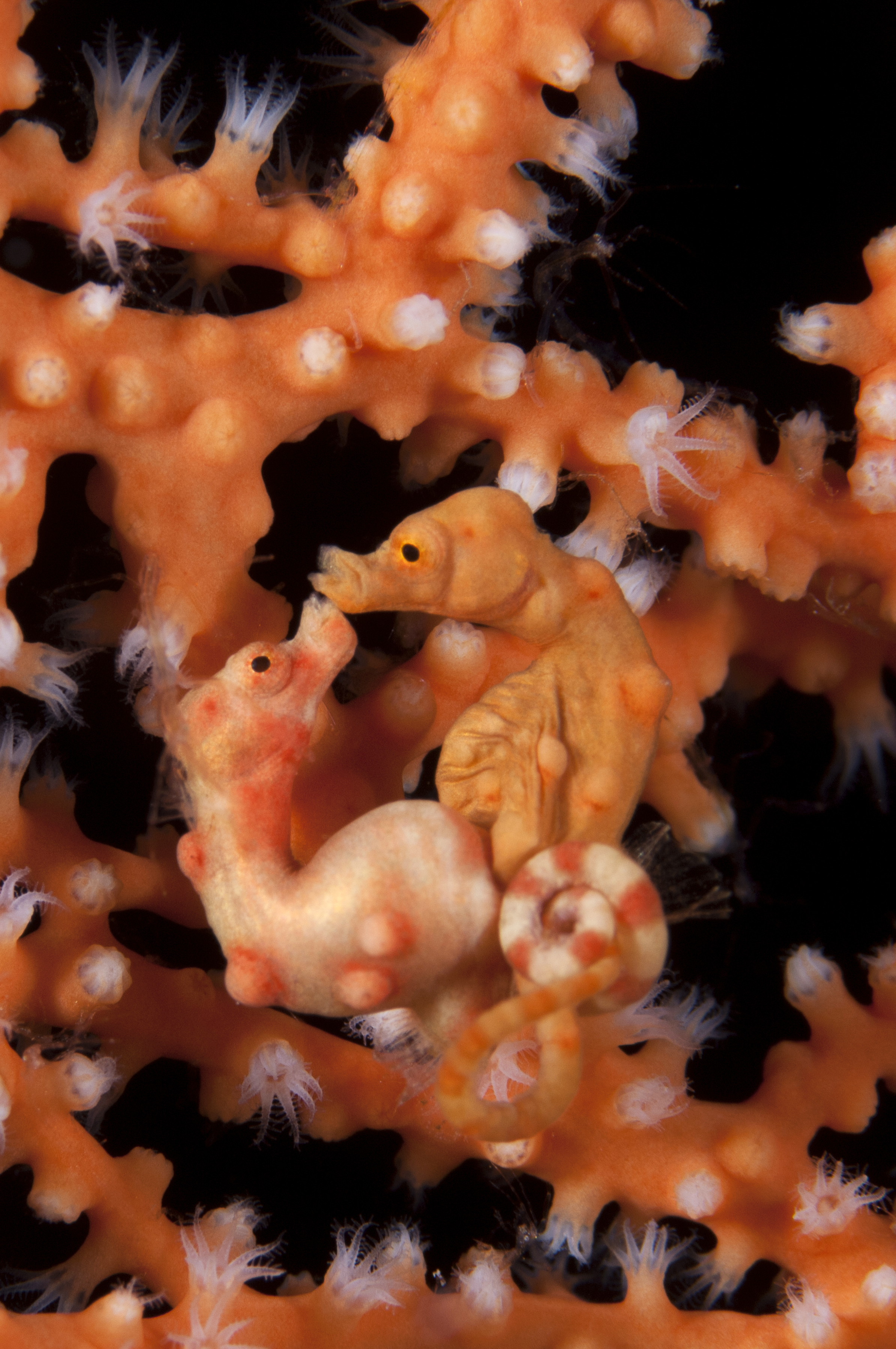 Almost immediately after delivering the young, the female, in this case “Josephine”, impregnates Tom, the male, again

I spent many hours with the trio, observing and recording their every interaction. I found that Charles and Diana shared a “core area” on one side of the gorgonian. A core area is the term I gave to the area they carried out their social bonding dances, as well as where they mated and slept. They raised several broods together, but all the while Charles was also flirting with Camilla.

Each morning, after dancing with Diana, Charles would leave their core area and swim directly to the other side of gorgonian where Camilla patiently waited in her own core area. Camilla and Charles would carry out the same social bonding dances but they never mated. In the world of pygmy seahorses, it is always best to hedge one’s bets. 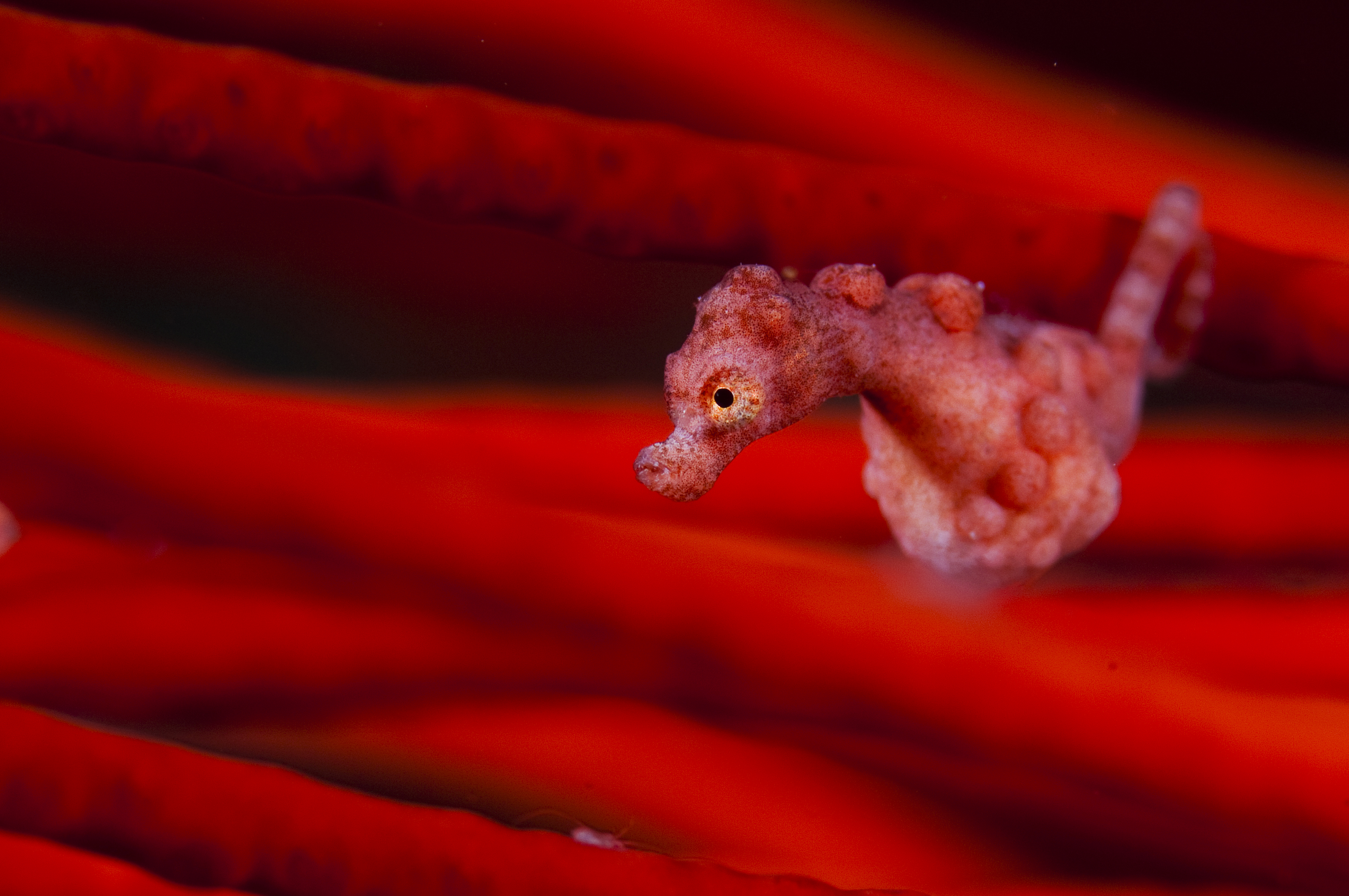 A Denise’s pygmy seahorse investigates its surroundings, securely attached to its gorgonian holdfast

Unlike the pugnacious males, the two females eschewed violence and the conflict of the male-biased group wasn’t seen. Tom, Dick and Harry would regularly attempt to strangle each other with their tails, sometimes resulting in three-strong tussles. The females, on the other hand, were indifferent to each other and much more measured in their behaviours.

For the rest of this article and other stories from this issue, see Asian Diver 2016 Issue 2 No 141 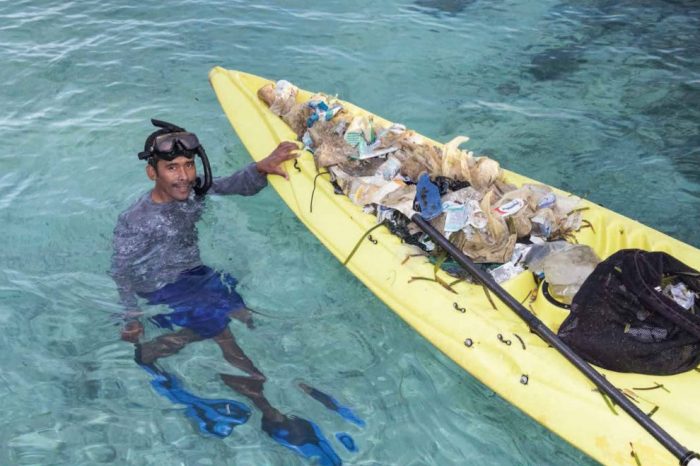 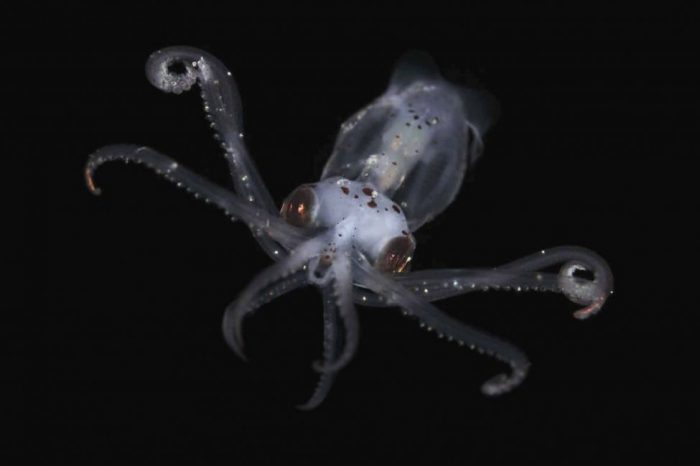 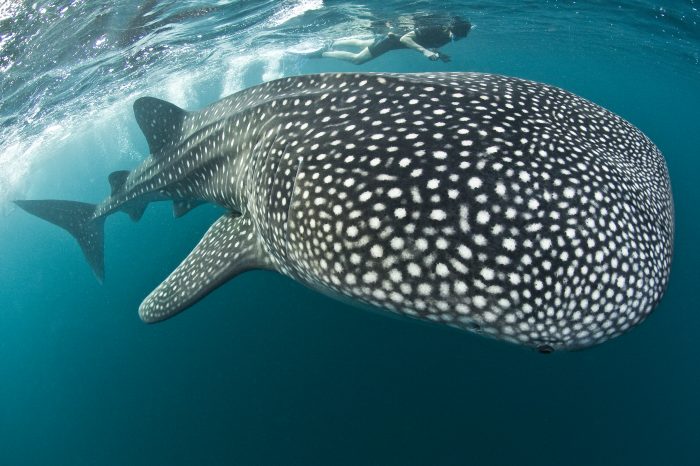 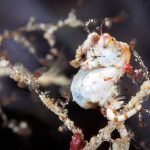