Jo Marlow looks at the boat-building traditions of Indonesia, which encompasses strange worlds of spirits and ritual; you will never look at your liveaboard in the same way again (Text by Jo Marlow. Images by Ricard Buxo)

FROM PERSONAL EXPERIENCE, standing at the bow of a wooden schooner, scanning the 360-degree horizon, and seeing nothing but ocean, gives you that feeling of belonging to another time – a time when all the possibilities of the unknown were too great and wondrous to imagine. But few may realise that, in Indonesia at least, the very boat they are sailing in has likely been constructed using techniques handed down from another time…

Indonesia not only has one of the world’s richest cultures, underpinned by animist beliefs and thus imbued with daily reverence and communication with worlds beyond our normal perception, but it also has one of the most booming sail industries in the world: The country’s iconic phinisi schooner is undoubtedly the poster child for the liveaboard industry across the nation. When we dig a little deeper into this industry we unearth a fascinating culture and set of rituals that are entwined in the romance of these elegant vessels.

HISTORY AND COMMUNITY
Often mistakenly referred to as Bugis tradition, the boat-building techniques originated with a group of peoples called the Konjo. Primarily originating from a town called Ara in South Sulawesi, the Konjo people took their techniques to Kalimantan, as the pursuit of different quality wood became more essential. Nowadays, a strong boat-building culture exists in both locations. 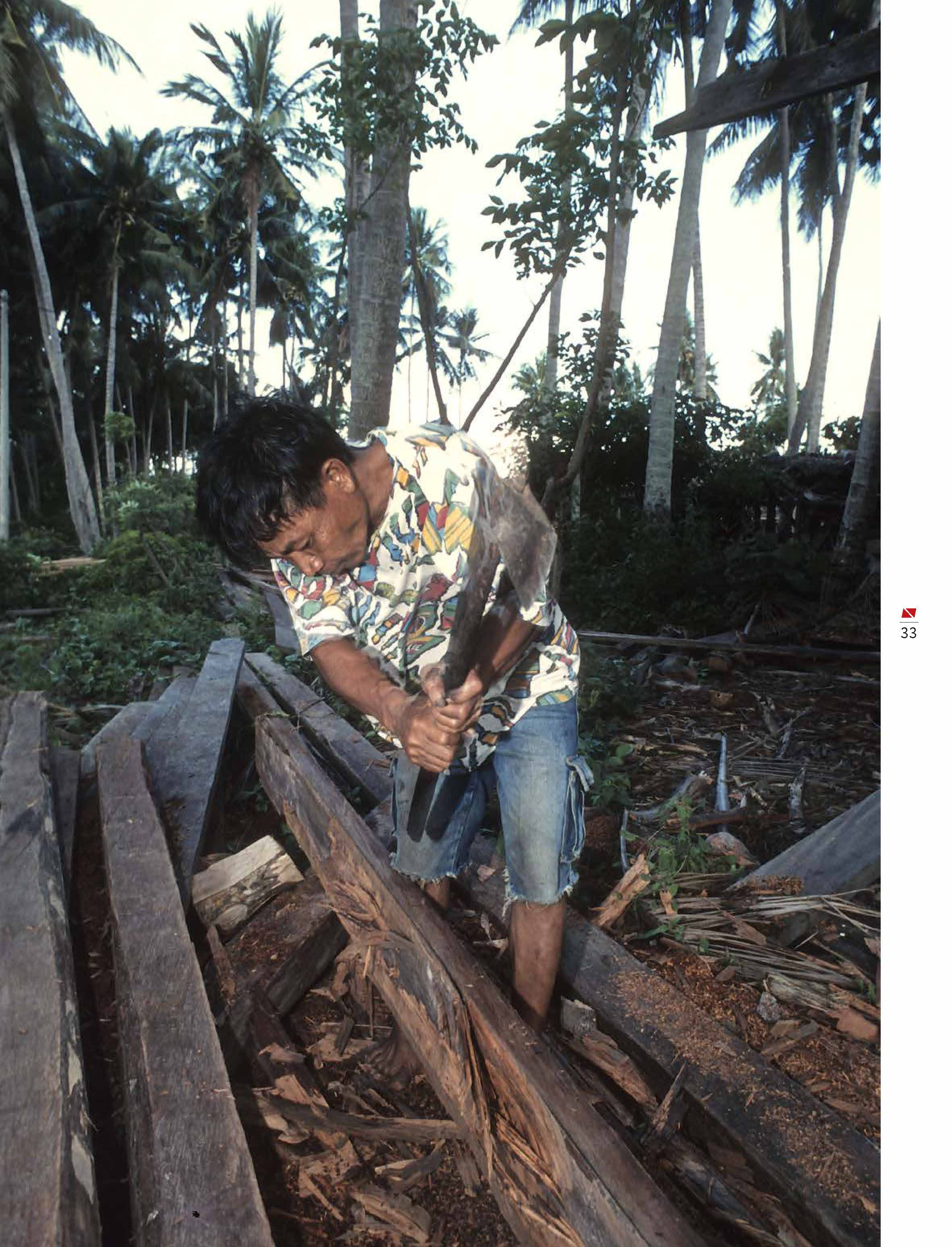 The phinisi style itself is a copy of Dutch ship construction, using some Asian building techniques – an amalgamation of the two styles. They were originally used as Indonesian cargo boats. In this style they laid the keel first before adding the ribs, which is the opposite of the European style. The early pioneers who saw the potential of building the boats for passengers adapted the plans and build style to preserve the charm and character of the phinisi’s appearance, whilst applying their knowledge of comfort and safety to meet the requirements of a diving boat. 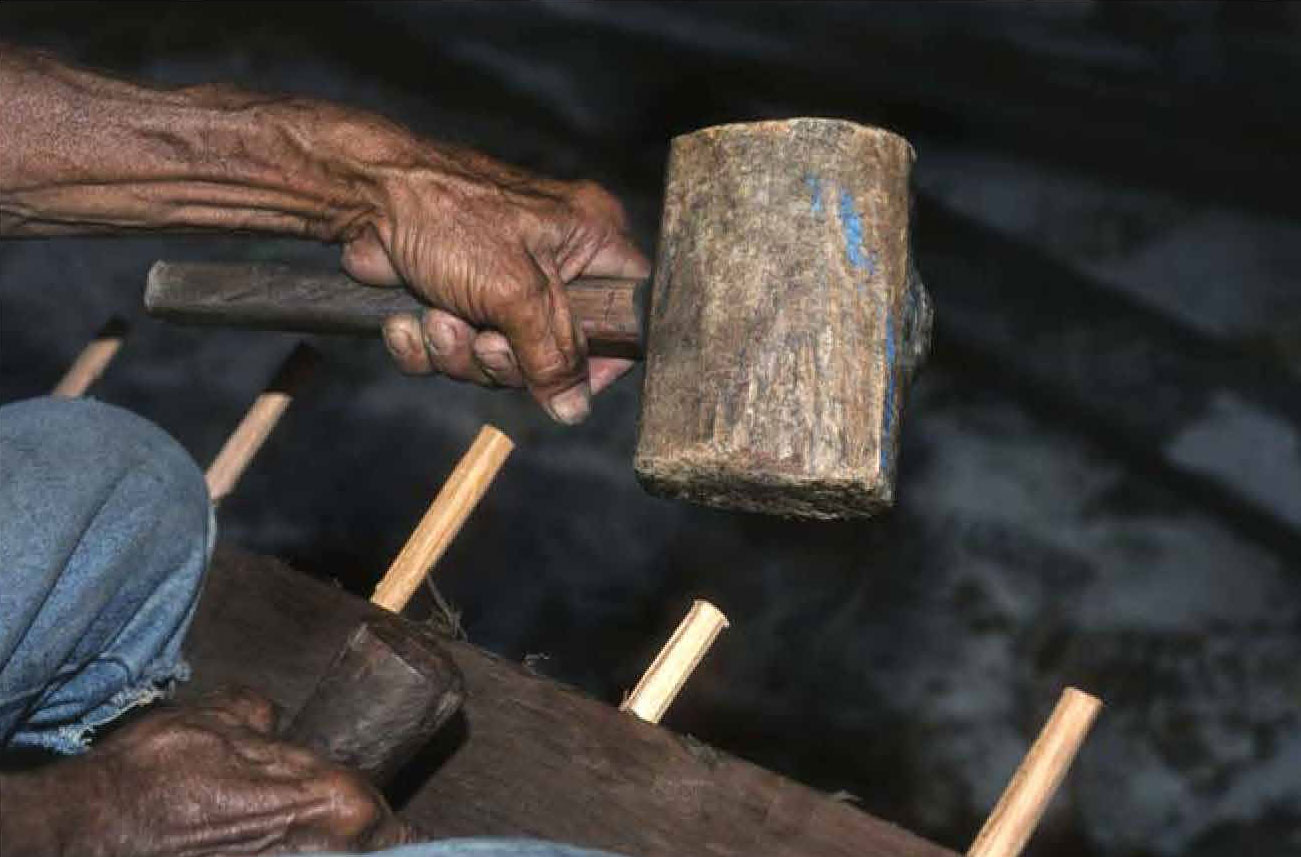 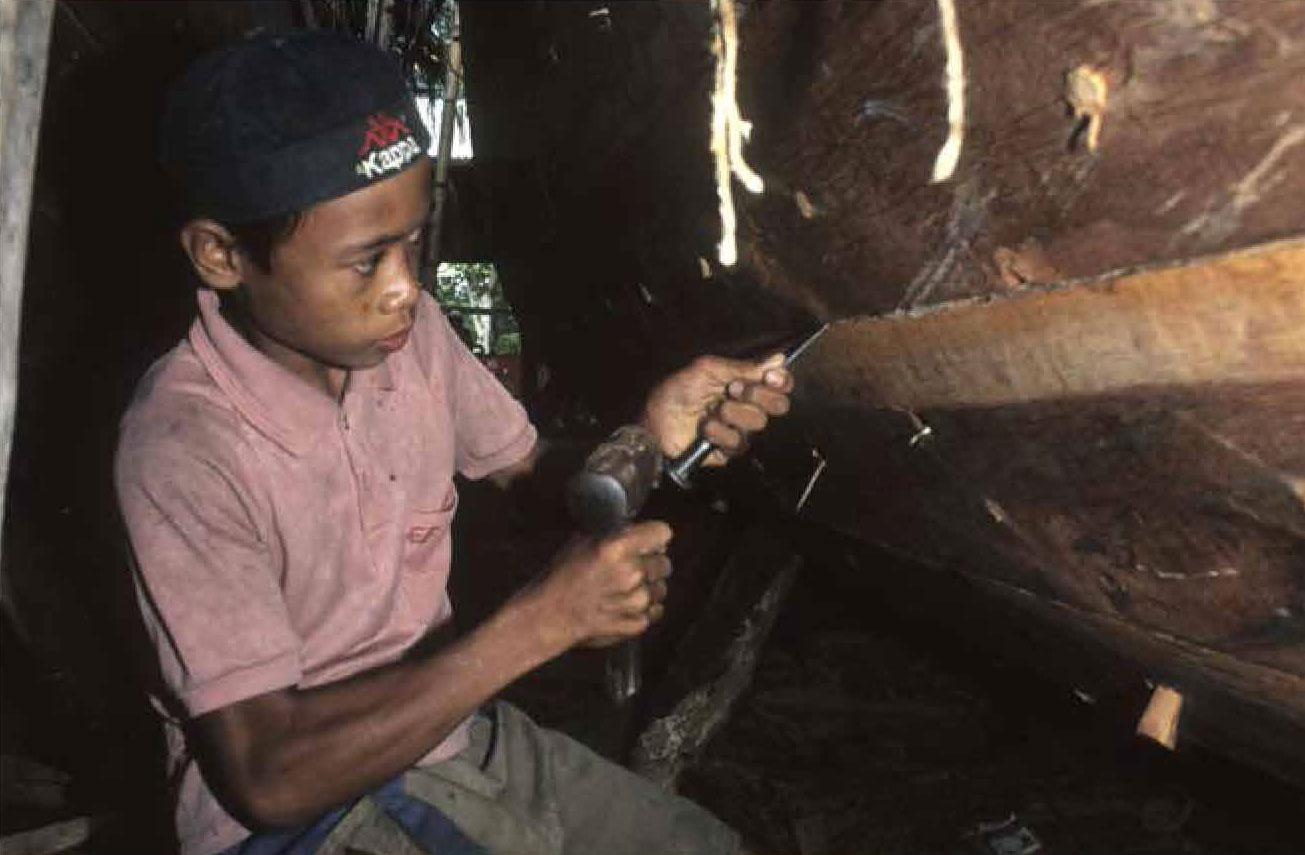 Normally the build process consists of two groups – the builders and the sailors. You first will order the boat with the builder, who will bring wood and staff and build the hull. They will then pass over to the sailors who are responsible for cauking, mast, rigging and sail making.

The art, culture and rituals are passed down from father to son. Often the boat builders have not even been on a boat at sea. They may not even understand why they are building things in such a way; they only understand the technique needed to arrive at the finished vessel. In fact, up until recent years, the Konjo people were forbidden by the elders to make any trips even within Indonesia on the boats that they had built, for fear that they would not return and their boat building heritage would be lost. And what a heritage it is, involving ceremony, a specific language, and a respect for superstition…

1 KEEL CEREMONY
The first part of any build would be to head into the forest and find the tree that could make the keel. In the Konjo language the name of the keel literally translates as “soul of the boat”. When selected, the boat builders will spend one day with the tree to ask its permission to be cut down. They will place all their tools against the tree. If the tools stayed in place for 24 hours, the tree has granted permission. If one falls, they have to go and find a new tree and repeat the process. 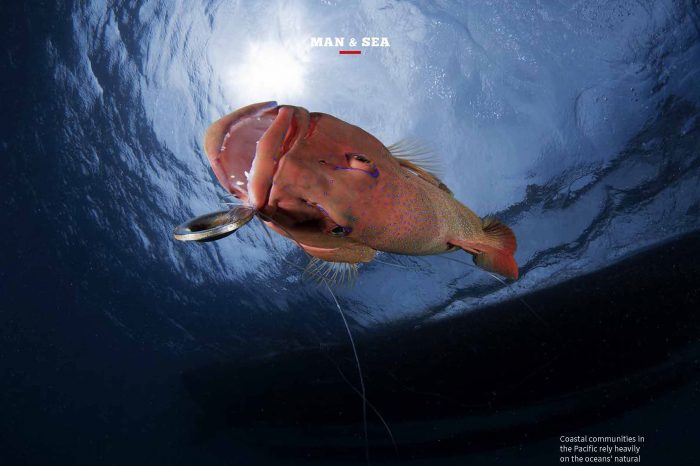