Can humans breathe underwater like fish by separating dissolved air from the water? Alan Bodner says yes. Read on as he explains his Tek invention 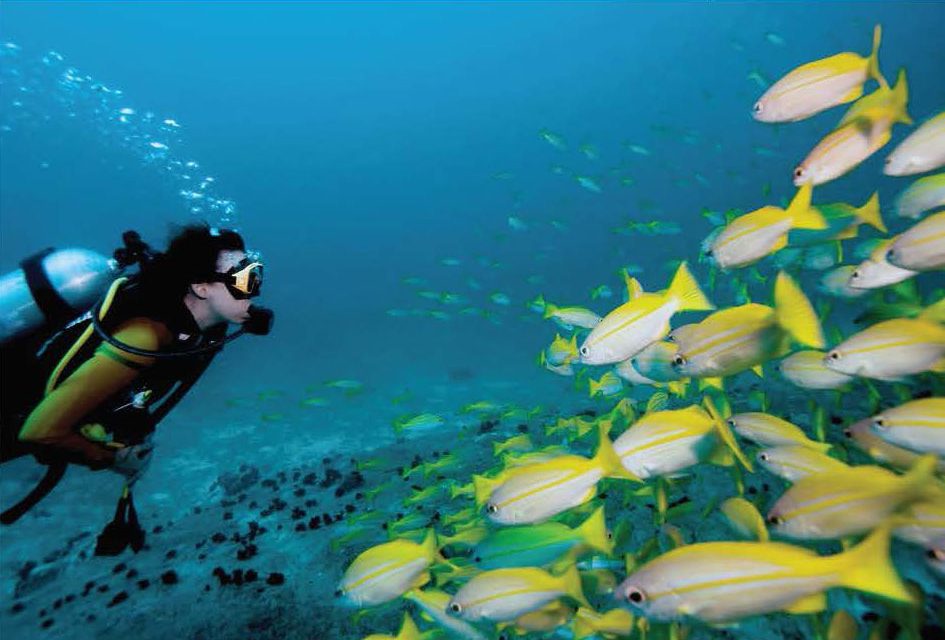 SCUBA DIVERS, crews of conventional (non-nuclear) submarines and aquanauts living in underwater habi-tats have several things in common. One of them is reliance on compressed air cylinders for air supply. This has several drawbacks, the most obvious one being time limit.

What if we split the water molecules into separate oxygen and hydrogen atoms? That’s a great idea, and in fact this method is used by nuclear submarines. Only problem with this is that it needs a lot of energy and you literally need to carry a nuclear reactor on-board to do it. 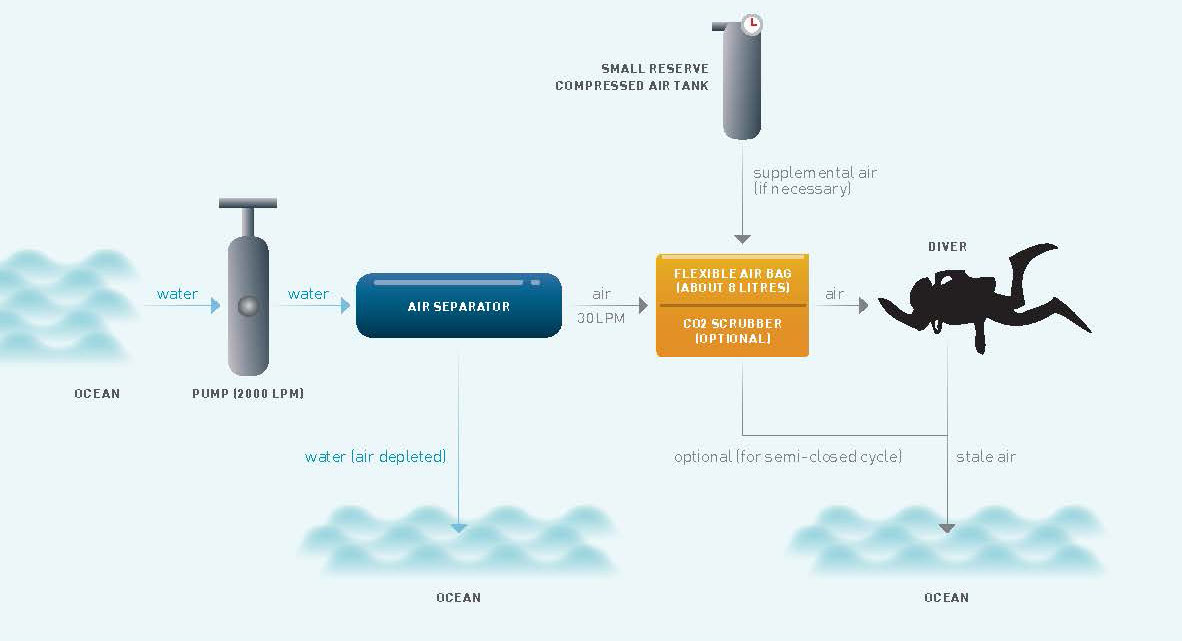 A diagram showing the workings of the Like-A-Fish system

The best solution is much simpler: if you want to be with the fish, then do like the fish. Let us look at a fish tank. What do we see? Bubbles! In aquariums, the bubbles are artificially created to replenish the air dissolved in the water, which the fish breathe. In the ocean you don’t need a bubbler, because the wave action naturally supplies air that is dissolved and distrib-uted throughout the seas. The fact is that ocean water contains about 98 percent H2O, while the remaining two percent is dissolved air, and this is what the fish use for breathing. Separating dissolved air is much easier than splitting a water molecule into oxygen and hydrogen, and requires a lot less energy.

This is what the Like-A-Fish project is about: sepa-ration of dissolved air from the water for breathing purposes. The separation is performed with a mechanical device, after which the air removed from the water is directed to a chamber for a person to breathe.

The science behind the separation is based on a phenomenon that all of us witness on a daily basis, which is akin to opening the cap from a bottle of soda (or beer). When the cap is removed, we witness air bubbles rising and escaping out from the soda. We call this “fizz”.

For the rest of this article (Asian Diver Issue 5/2013, Volume 128) and other stories, check out our past issues here or download digital copy here. 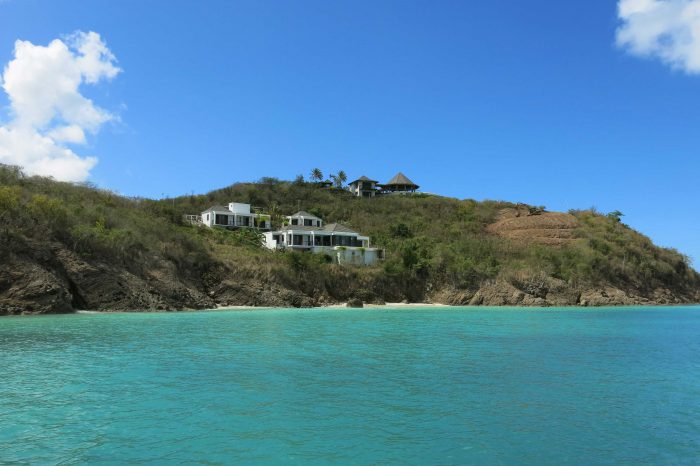 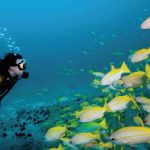