The Underwater Archaeology Park of Baia

An ancient city, preserved below the waves, now protected for the amazement of generations to come. Dive in with Pasquale Vasallo as he explores the Phlegraen Fields (Text and Photos by Pasquale Vasallo) 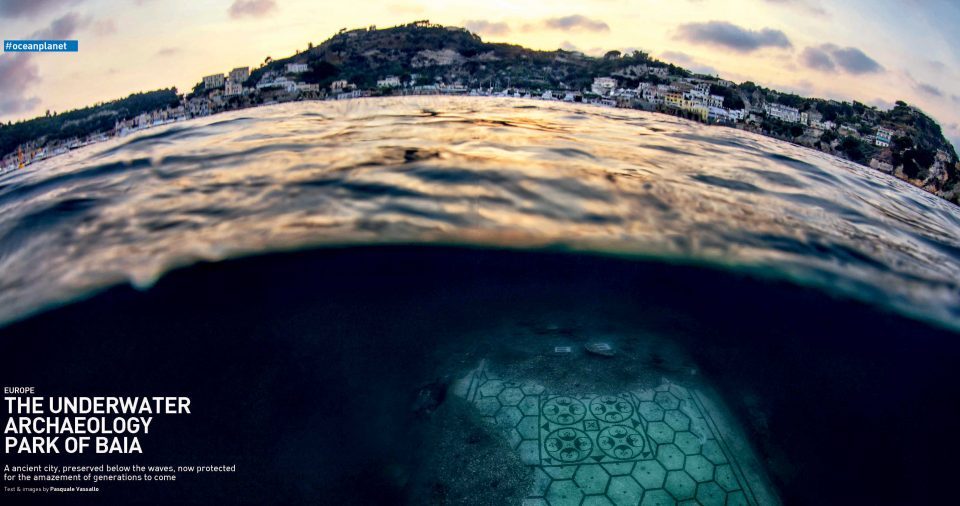 In the south of Italy to the west of the Bay of Naples, in a harmonious landscape of rolling hills, lie the Phlegraean Fields, which, rightly, were called the “beloved homeland” of the Hellenic-Latin civilisation and which inspired Goethe to say: “It is in this land one remains astounded by the events of Nature and history!”

In antiquity, the Phlegraean Fields extended over a larger area incorporating much of the region around Mount Vesuvius. Due to its volcanic origin and the consequent upheaval of the area, as the land rose and many of the volcanoes became extinct, much of the territory settled in a homogeneous mass which is linked to the mainland, while Ischia, Procida, Vivara and Nisida remain islands.

Thus, a landscape which has attracted and enchanted poets and artists throughout time was born; an exceptional series of geological episodes created an atmosphere which radiated magic, while myths and legends spread with the eruption of the tale. Within the few square kilometres of the Phlegraean Fields – called “the Burning Fields” by the ancient Greeks and Romans – ancient and extraordinary cities follow one another over a long period of history along with breathtaking panoramas which became a theatre for exciting legends.

Greek-Roman antiquity has left grandiose monuments but Nature itself was not far behind, having littered the land with volcanoes, lakes, and hot springs, and placed ancient shorelines on the seabed. Sites of great significance during the Roman era, such as the commercial city of Pozzuoli, the famous residential area of Baiae and Misenum, the seat of the western imperial fleet are, today, all below sea level.

Today, the Underwater Archaeology Park of Baia offers a glimpse into a lost world of sophistication and empire. Here are some of its most astounding sites. 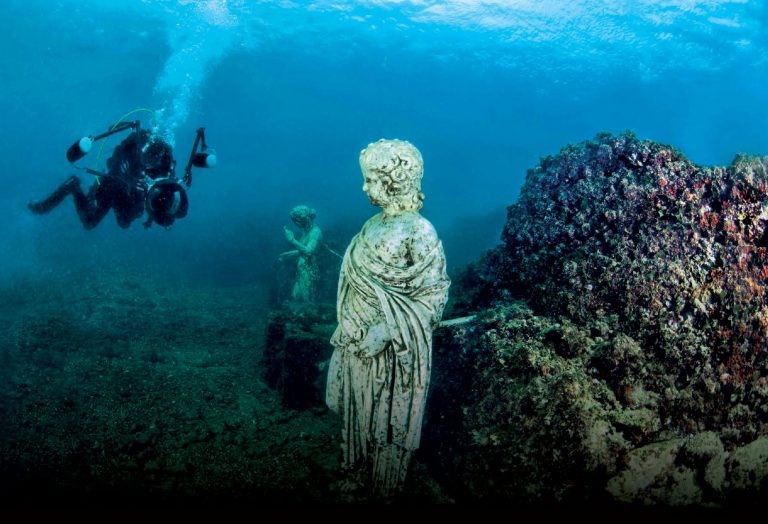 THE SUNKEN NYMPHAEUM OF CLAUDIUS In Zone A of the Park, before Punta Epitaffio, is the remains of a palace belonging to Emperor Claudius which originally extended to the overhanging hilly crags.

Claudius’ Nymphaeum is a building of rectangular shape with four niches on each of the longer sides whilst the short sides were formed by a semicircular apse and facing a brick arch. Statues were placed in the niches; of these, the sea has given up three on the eastern side and one on the western. Two of the statues on the eastern side represent Dionysus as a child – one having a playful expression, the other preoccupied – whilst the third has been identified as Claudia Octavia, the wife of Nero, or, as has recently been interpreted by Fausto Zevi, as another of Claudius’ daughters who died at a young age. On the western side is the statue of Antonia Minor, Emperor Claudius’ mother. 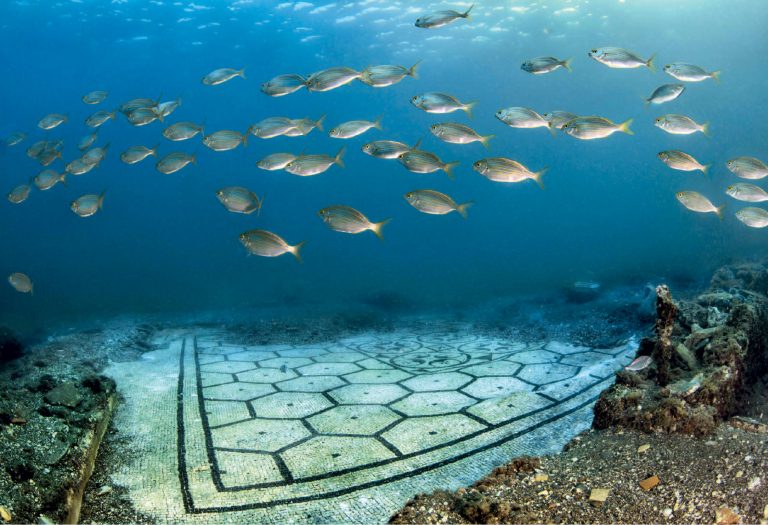 THE VILLA WITH PROTHYRUM ENTRANCE Near the entrance of the port of Baia is a villa. Entering the residence there are small rooms which are positioned around a central atrium, its walls covered in marble. Another interesting room, which in itself makes a visit to this site worthwhile, is adorned with a mosaic of black and white tiles which create a geometric pattern of hexagons and a pseudo emblem of circles and shields.

For the rest of this article (Scuba Diver Issue 3/2017, No. 109) and other stories, check out our past issues here or download digital copy here. 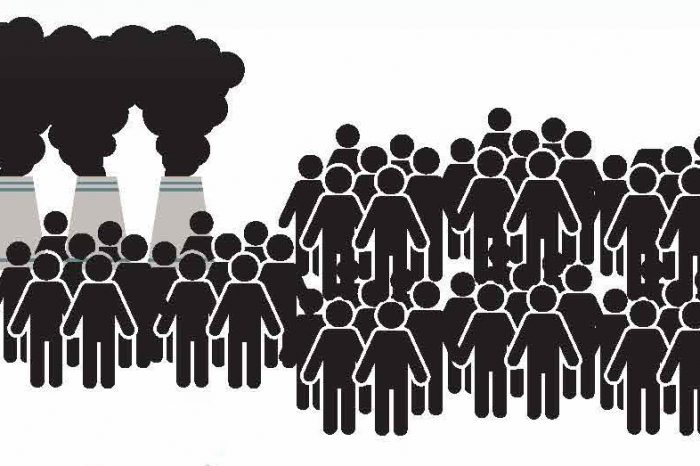 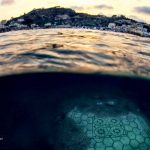 The Underwater Archaeology Park of Baia