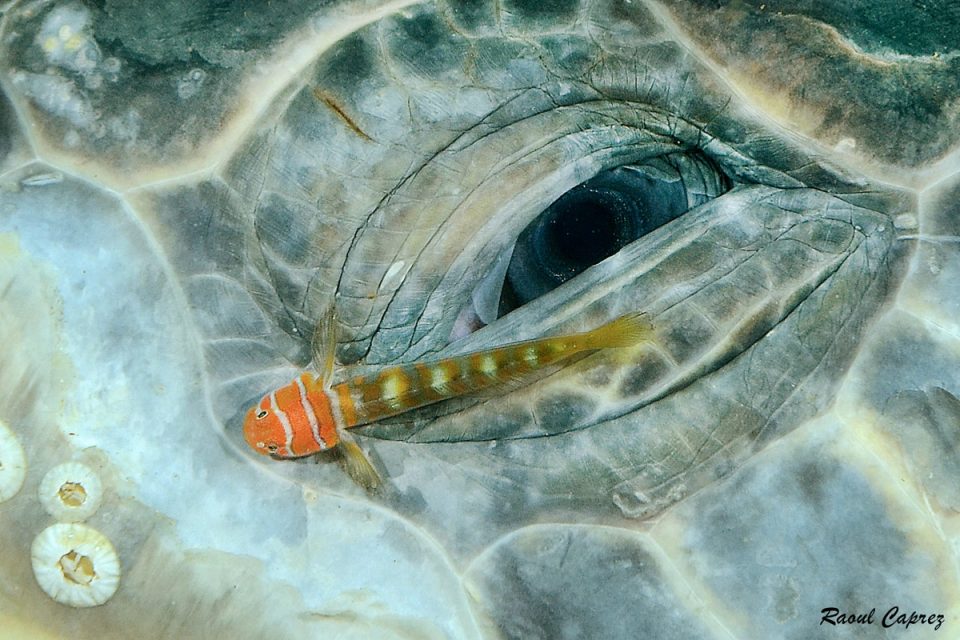 Raoul Caprez‘s first foray into photography was unexpected. He was born in Switzerland in 1972, and when he was 14 years old, he stumbled on something rather bizarre in the snow – a camera, and a working one for that matter! This chance encounter changed his life, and directed him down the path of photography. The young amateur began taking photos of his surroundings: Swiss cows, mountains – that sort of thing. Well, let’s just say he’s come a long way since then – not just in terms of his professionalism, developed after many years of experience, but also in respect to photographing an entirely different environment – the underwater world!

In 2005, with twenty dives logged, he began taking underwater photographs using a small digital camera in one hand and a big torch in the other. Thus began his passion of taking pictures of marine life and underwater environments, and sharing those images with others. Since then, Raoul has taken photos in the depths of many seas and freshwater ecosystems.

His work has been published in different magazines. He has also been a judge in different underwater photography contests, and has been asked to hold conferences about freshwater environments. Raoul is keen to get involved in any event that showcases the underwater world. 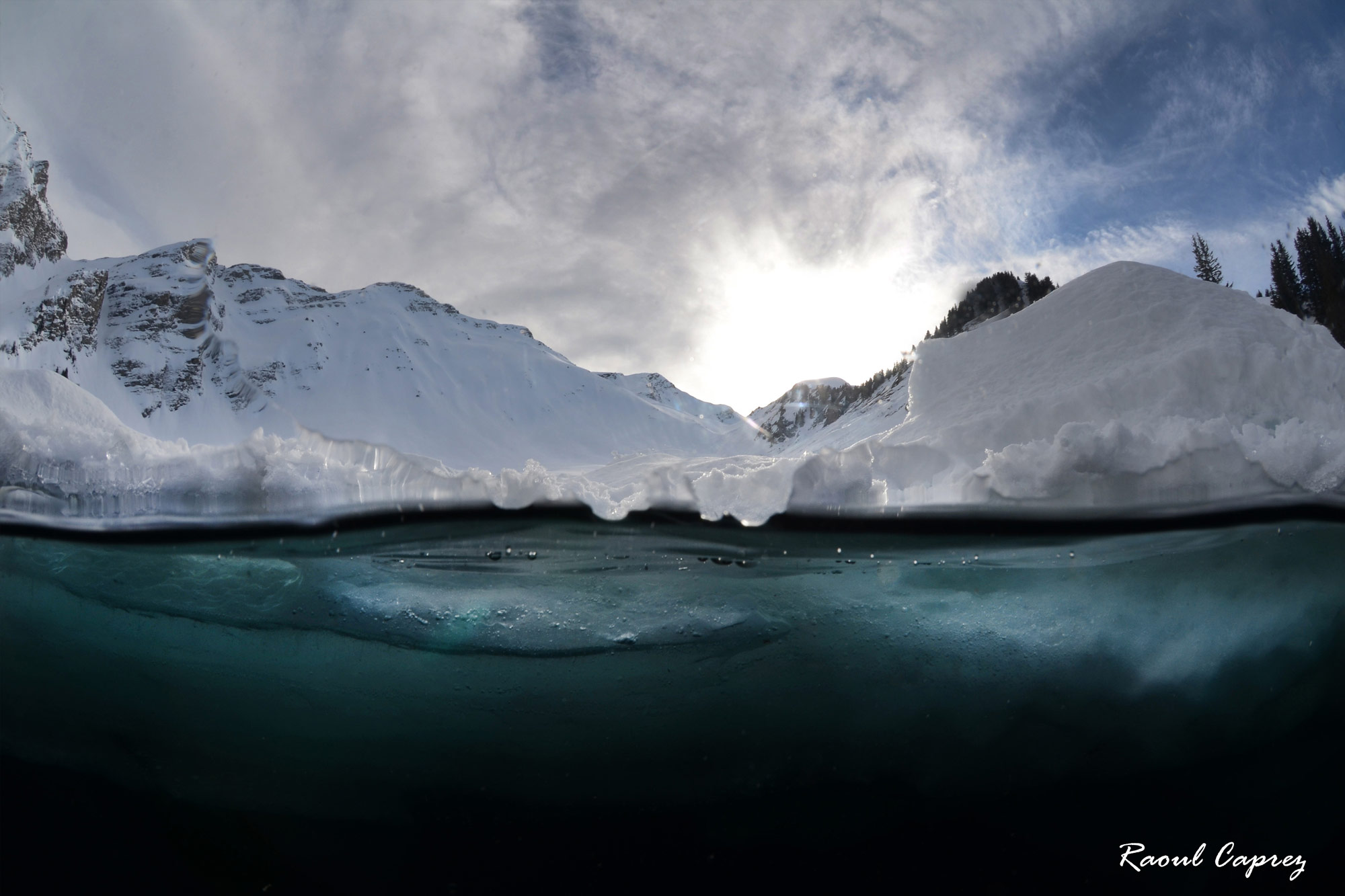 “I hope that I am also contributing a little towards protecting these environments” (Lioson Lake, Switzerland) © Raoul Caprez

I like sharing my passion and showing others the beautiful world that stands below the surface of the water. In doing so, I hope that I am also contributing a little towards protecting these environments.

I graduated in biology, so my first photos were mainly about species identification. Some of them were hard to take because the time between the focus and the camera trigger was too long with the camera I had at the time… With clownfish, for example, I learnt how to be patient in waiting for a good shot of the fish in the right position! 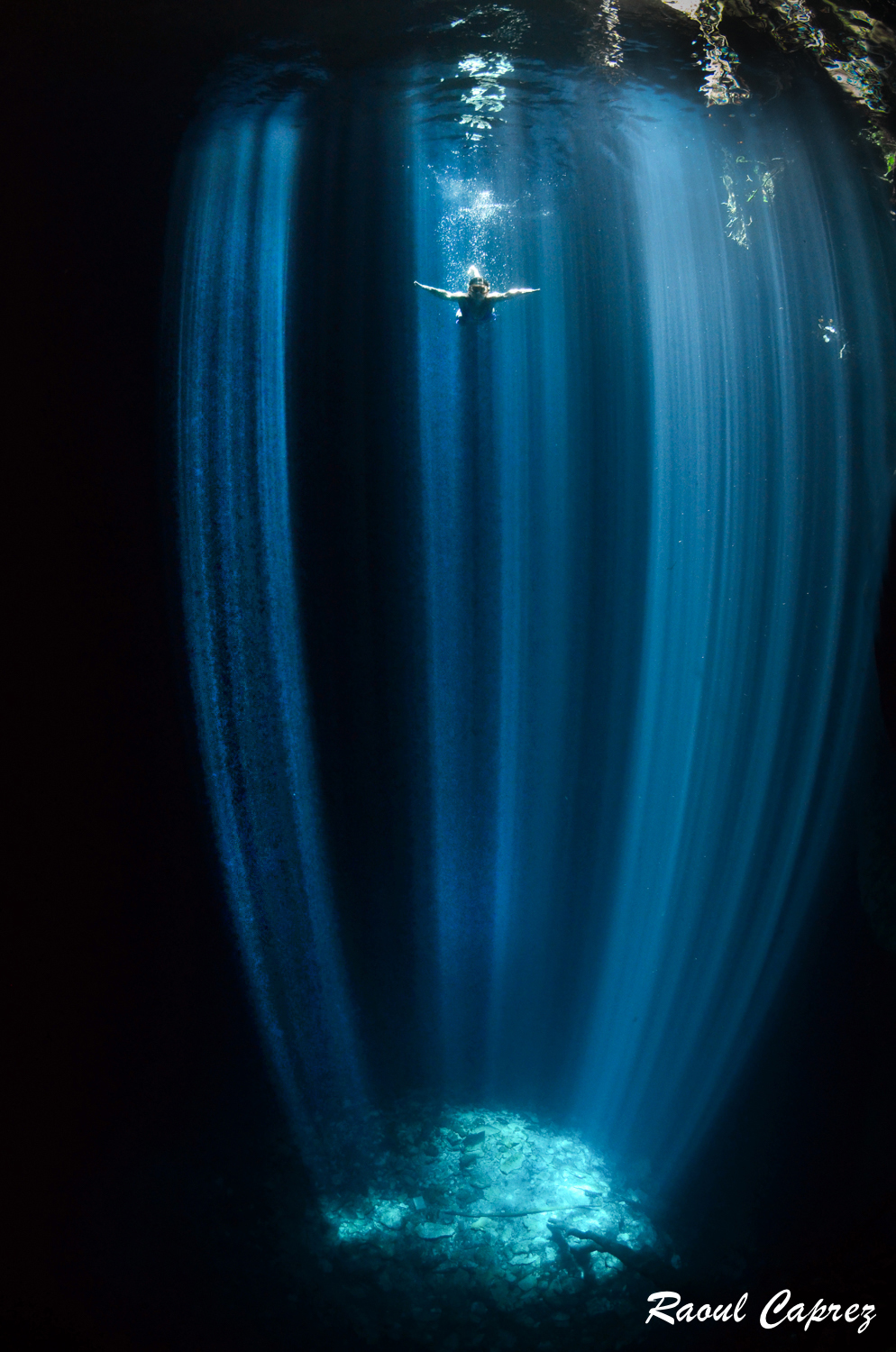 “We were in the right place at the right moment and the show was a feast for the eyes” (cenote Nah Yah, Mexico) © Raoul Caprez

I was in Mexico and wanted to shoot a picture of a free diver in a cenote. In the cenote Nah Yah, in the Yucatan, there is a specific time, depending on the season, to have an incredible natural underwater light-show. The sunlight is filtered by trees around the hole of the cenote. I was like a child, impatient in the water. Eventually, the moment came: I was in the right place at the right time, and the show was a feast for the eyes.

Do you have any preference in terms of marine environments (e.g. lakes, rivers, coastal reefs) ?

Living in Switzerland, I love wearing my dry suit and exploring freshwater environments like small lakes – ones covered in ice and those that are not. During my holidays, I always enjoy exploring other freshwater places such as Brazilian rivers, Mexican cenotes, and so forth. I could say that I have a thing for freshwater sites! 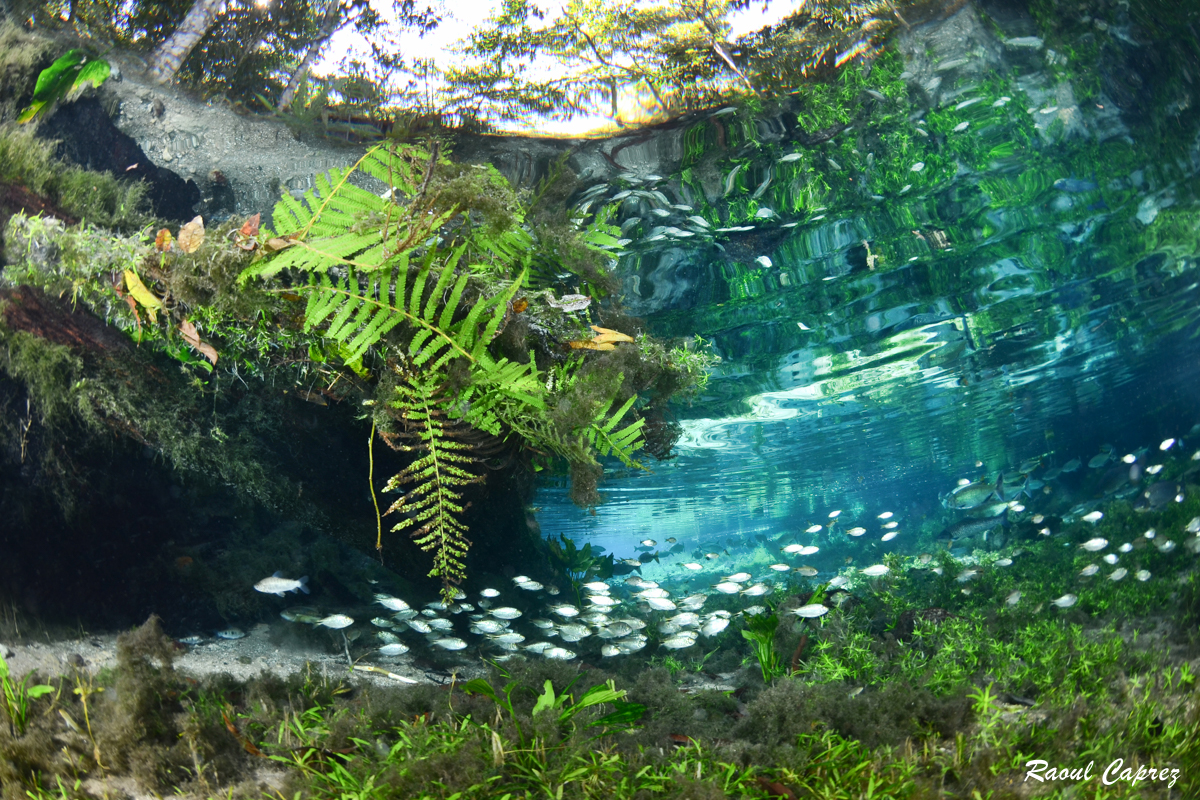 “During my holidays, I always enjoy exploring other freshwater places such as Brazilian rivers, Mexican cenotes, and so forth” (Nascente Azul, Brazil) © Raoul Caprez

It is a classic question that people ask, but I still do not have a unique answer – maybe I will never have one. Like we say – “to choose is to forsake”. There are so many destinations all around the world where I love to dive. Macro critters in Indonesia, freshwater environments in Brazil, the underwater wildlife in Galapagos… the list is long. I definitely do not and cannot have a favourite one.

Coco Island is a dive destination I would love to dive. For me, this place is a perfect illustration of the amazing richness of the sea. Unfortunately, and as it happens, most of the incredible dive sites are located really far away and so are not easy to reach. That said, it is good because it keeps them protected.

In Cabilao (Philippines), I went diving with my camera to take photos of pygmy seahorses, but during the descent, at twenty meters deep, we met a very friendly mola mola. This funny guy joined the dive group and stayed with us for at least twenty-five minutes. That day, I could only photograph its eye with my macro lens! What makes it weird is that it was looking for company and that nobody had ever seen a mola mola around this island before.

After having used a Canon G9 (2008-2010) and two Ikelite strobes, I now use a Nikon D7000 placed in a Nauticam housing case with two strobes Subtronic pro160. For the lenses, I like to use the Nikkor 10,5mm fisheye, the Nikkor 20mm, and the Nikkor 105mm with or without the Nauticam +10 diopter.
What is the highlight of your career?

Pushed by my friends, I finally consented to exhibit my pictures for the first time in 2014. Flyers, advertisements in newspapers, and social media attracted many visitors – even an advertisement on TV! And to my surprise, I sold many pictures and received great feedback from people, so if I was hesitating to continue with underwater photography (which I wasn’t!), I would have certainly changed my mind as a result of that good reception.

… and the low point?

There is no real low point except that traveling with my underwater camera starts to be complicated sometimes with the new flight regulations and limitations on the use of electronic devices.

I like to say that a picture must transmit an emotion or pass on a message. Always try to do your best, never give up, and whatever you want to do with your pictures, keep in mind that no picture is worth disturbing the underwater world.

Oh yes! I have had the chance to see many rare creatures under the water, but I have never seen a dolphin underwater before. I heard them, I saw them many times playing with the boat, but they were never there under the surface. A real face to face interaction would be great for me and my camera! 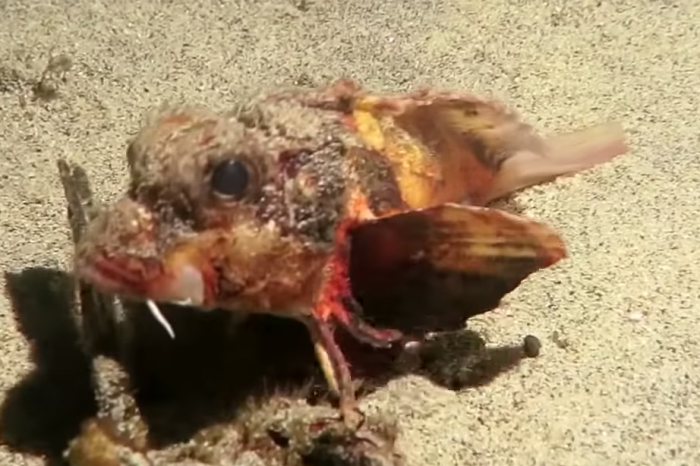 A Fish That Walks 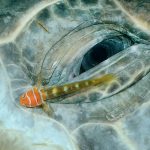