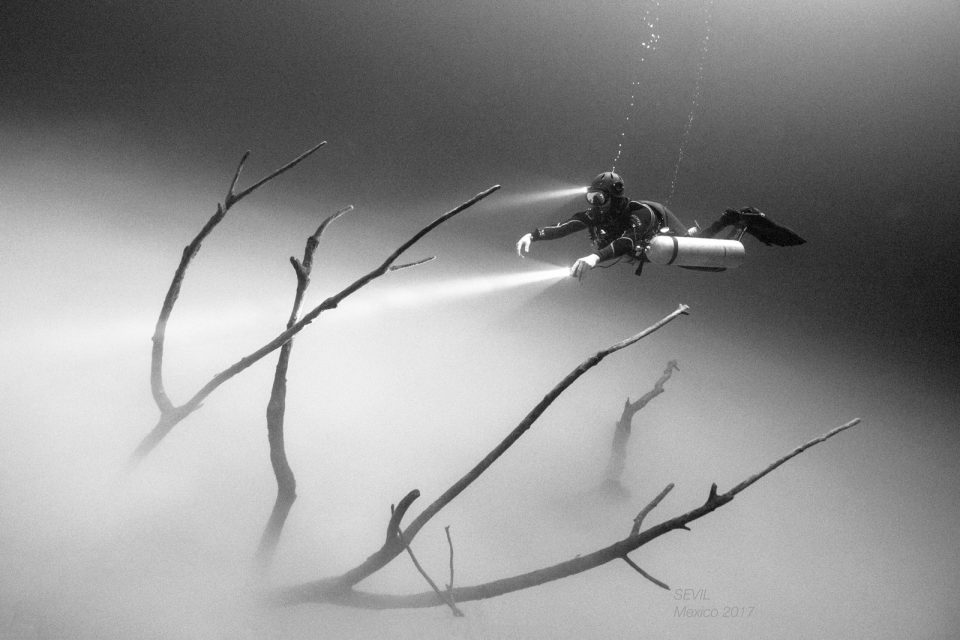 Sevil Gürel Peker is an underwater photographer from Istanbul, Turkey. After studying Archaeology and Art History, she worked on many surveys documenting underwater artefacts, both in the Mediterranean coast off Turkey and Northern Cyprus. During those years, the richness and the intelligence of underwater life, as well as the many alluring wrecks – ancient and recent – grabbed her attention. With a captivation for our blue plant secured, underwater photography was the next logical step. Since starting her underwater photography journey in 2010, she has taken an array of eye-catching photos, and some of them have been ranked in several international photography competitions.

During surveys as an underwater archeologist, we needed to take photographs for collecting data. They were used for categorising and documenting the findings. I did not like the pictures that came out; they did not reflect what I had seen during the dives. I wanted to take better ones, and this is one of the reasons why I wanted to become an underwater photographer. The other reason is that for many years, diving has been the source of joy in my life. And I was deeply in love with the underwater world. I wanted to share this joy with the rest of the world.

As an underwater archaeologist, my first photos were of Greek, Roman and Byzantine artefacts. However, these first shots lacked clarity and detail which led me to explore macro photography.  With macro, I was happy to get the results that I wanted.

I had seen a photo which I fell in love with instantly ten years before this shot. I had no idea where it was taken, but it gave me the feeling that it was from another planet. It was as if a tree was floating in space. Last year, while I was diving in the Cenotes, in Mexico, I saw the same scenery that I had seen in that photo. There I was, at the spot where one of my favourite shots was taken. I was filled with awe and gratitude.

Among the many places I love to dive, Malapascua stands out. A rare species, the thresher sharks, come up to 30 meters before sunrise for a brief time. To be present at those hours and to witness this magical routine of nature is an intense experience.

I would love to dive in the Bimini Islands, as I love warm waters.

In the Philippines, Anilao, I witnessed three nudis in a bizarre situation. The biggest of them was swallowing the smaller nudi while the third one was holding on to the victim’s body as if it was trying to save it. It was so weird to witness this drama. Although I am aware of nature’s laws, this still touched me and I could not really shoot much because I was so absorbed by this scene.

I have been lucky to be in the team that set up the first virtual underwater museum in Turkey. This museum will showcase the archeological sites of the Mediterranean coast of Anatolia. My contribution is to photograph the findings such as amphoras, piles of potteries which are turned into 3D. This is an amazing project for it brings the historical and the ecological richness of these waters to all people.  All they need is to go on the Internet and walk into this underwater museum to enjoy the sites.

And the low point?

Interestingly enough, the low point is also related to this virtual museum. It has been seven years since this project started up but we have not been able to complete it yet due to economical and political challenges.

And the low point?

Interestingly enough, the low point is also related to this virtual museum. It has been seven years since this project started up but we have not been able to complete it yet due to economical and political challenges.

I would love to shoot a Sardine run once again to reflect this incredible phenomenon that takes place underwater. Last time, we were not lucky enough to shoot everything that was going on; garnets, dolphins and sharks, all the predators running for sardines. I would love to try once again and capture the essence of this exceptional play of nature.

I suggest that they form a strong network of underwater photographers and spend time with them. The exchange of ideas and experience is what will help them grow as photographers. 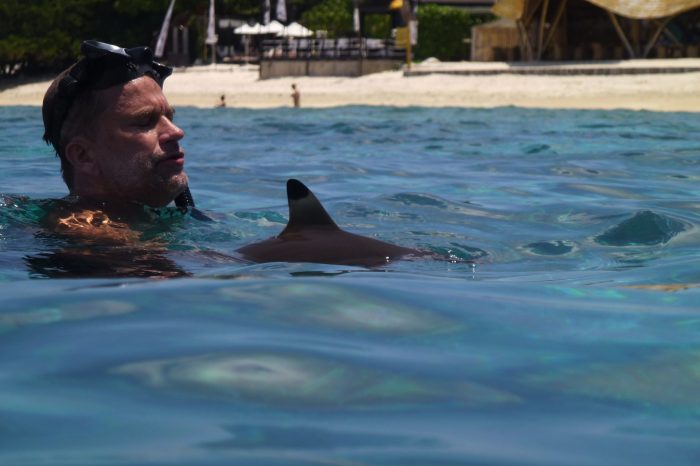 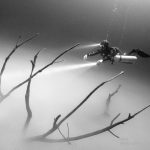