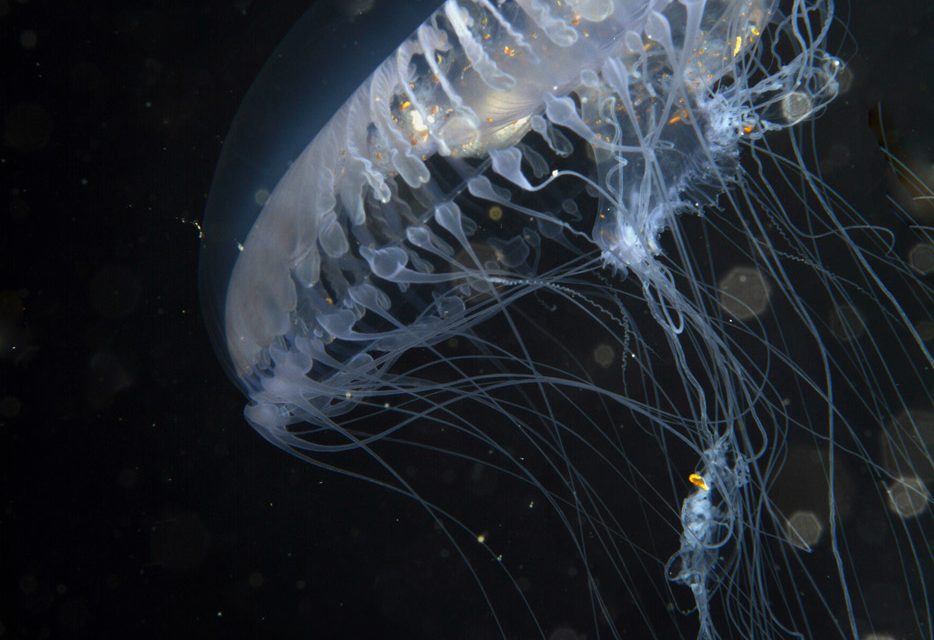 Photojournalist Suzan Meldonian is on a mission – to unravel the hidden – and rather unusual – critters of the ocean: to capture them with her lens, and to show her photos to a world that is unfamiliar with these creatures. And the purpose of this mission? To bring about “Evolutionary Education”. In summary, this involves driving home that wow-factor to children and their families by introducing them to visually stunning pictures of new, never-before-seen marine life. In doing so, she hopes to plant the seeds of curiosity and adventure, and ultimately inspire people towards a passion for the oceans. This is made all the more important by the dire threats facing our oceans and the need for more people to actively help to reverse those negative affects wrought by human carelessness. With presentations of her photos and books, she spreads messages about conservation. In 2014, Suzan was proudly admitted into the Ocean Artists Society. Adding to her portfolio, in 2017, she won first place in the coveted Ocean Geographic’s Photojournalist Award,and received an honourable mention in Portraits, and Small Exotics.  She has been a Photo contest judge for Shark Shutter, Neville Coleman Nudibranch Contest, and many others. Finally, she has been invited as a speaker and a photo judge at ADEX Singapore, 2015.

As a child, I was always dumbstruck by the television shows Sea Hunt, which follows the scuba diving adventures of a former US Navy frogman, and Flipper, which follows the cute adorable dolphin that communicated with people and saved divers from marauding sharks – those shows, and anything that Jacques Cousteau filmed! Also, I had a book called The Sea Around Us.  It had sperm whales being attacked by a giant squid. I remember thinking, “I’ve got to see that some day!”  However, the more I have dived, the more I have developed a fascination for the bizarre, weird creatures. But the sperm whales are still on the bucket list!

My first shot is still hanging on the wall in my house. It is of a Green Moray eel named Baby that was found on a wreck in the Florida Keys. I was shooting film then with a Nikonos V and a 15 mm fisheye view lens. All I saw was the head of the eel, tucked away under a ledge, and I saddled up to it on the white sandy bottom. The eel was massive and started to slither out of the cubby hole like a foreboding Genie released from the bottle. It was perhaps over 2 meters long, very thick, gnashing its jaws and its head was larger than mine. It was looming over me balancing on its tail, staring down at me like… well, needless to say, I was just flabbergasted.  A divemaster was next to me with a new student, who’d just taken off her mask and was de-flooding it, when this giant moray wraps itself around the divemaster’s waist  just about the time the student cleared her mask!  The student screamed underwater, and I laughed so hard I flooded my mask. The moray wanted to be pet by the divemaster. I had never seen a sea creature interact with a human before, like a dog vying for attention. I’ve been hooked ever since then and strive to capture the personalities of every animal I photograph.

I’ve been documenting the Blue Heron Bridge in south east Florida for many years. It is a fascinating muck dive location, where the dive time is completely governed by the slack tide. We have a one to two hour window to dive at high tide as this is when fresh ocean water comes into the channel bringing with it all sorts of wonderful creatures, second only to Anilao in the Philippines. On one particular day, I arrived a bit late. The skies were grey with a storm posing a threat from the west. Several divers were coming out and said the visibility was like pea soup. Someone said they did see a rare Yellow Headed Jawfish and gave me the general location. I had seen it the week before and was fairly certain I could find it. I literally had to crawl to pull myself through to the area as the current was very strong and I had to use landmarks to figure out where I was in the soup. What a rewarding find. I spent the entire dive with this fish, in the murk. As it turned out, the jawfish had a clutch of eggs in its gullet so big, that it could barely close its mouth. I just laid there in the sand to allow the animal to become comfortable with my presence.  A few barracuda circled, eyeing a possible lunch. This beautiful fish soon began to trust me and my protectant aura. Suddenly much to my surprise it displayed its eggs to me with pride. I received over 1,000 likes on Facebook. That shocked me.

For years it has been The Blue Heron Bridge, in West Palm Beach, Florida. This is where I have learned so much about the ocean critters and become to inspired to publish two books. Then again, Anilao and Lembeh will always be dear places for me. However, my focus is now Black Water diving and I am totally addicted. Photographing creatures that most people have never seen before is very exciting!

A siphonophore that looked like Darth Vadar. However, all my little “Alien” friends of the Black water realm, too: Plankton, Siphonophores, Pterapods, funky larval fish… the list is endless. The Phronima is the creature that H.R. Geiger used as his inspiration for the movie Alien.  Most especially, I love jellyfish and photographing anything that stings for some crazy reason, and I am in heaven diving locally here in the Gulf Stream Current in the Atlantic Ocean. It’s a plethora of the bizarre. The squid are vicious! They rage colours when excited and on the hunt, and display bizarre behaviour with lightening bolts through their siphons. And tiny tiny pelagics like Pterapods,  no bigger than a small thought spawn. Honestly they don’t look old enough to have kids. It is a whole new layer. I love the bizarre, cannot get enough of it. Every dive presents something new. Graceful, transparent, gelatinous things with a purpose (free swimming tube anemones). The most beautiful black water creature so far has been the larval Tripodfish, Discoverichthys praecox. One of the first ever photographed alive.

Being admitted into the Ocean Artists Society, being elected as the President of the South Florida Underwater Photography Society, winning “Underwater Photojournalist of the Year” for Ocean Geographic, and publishing my two books Under the Bridge, and The BHB Companion.

Nothing of significance. It just keeps getting better all the time.

Learn as much as you can about how your camera works. Study lighting. Think outside the box, and challenge yourself to be different. Photograph normal critters in a different way to highlight some feature they have that is interesting. Learn about balance. Remember, beauty is in the eye of the beholder. 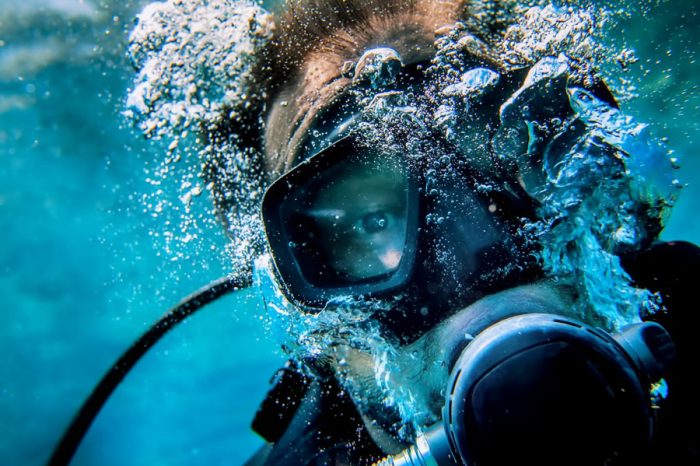 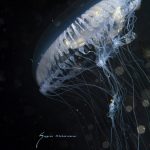