An interview with the static apnea world champion, Aleix Segura 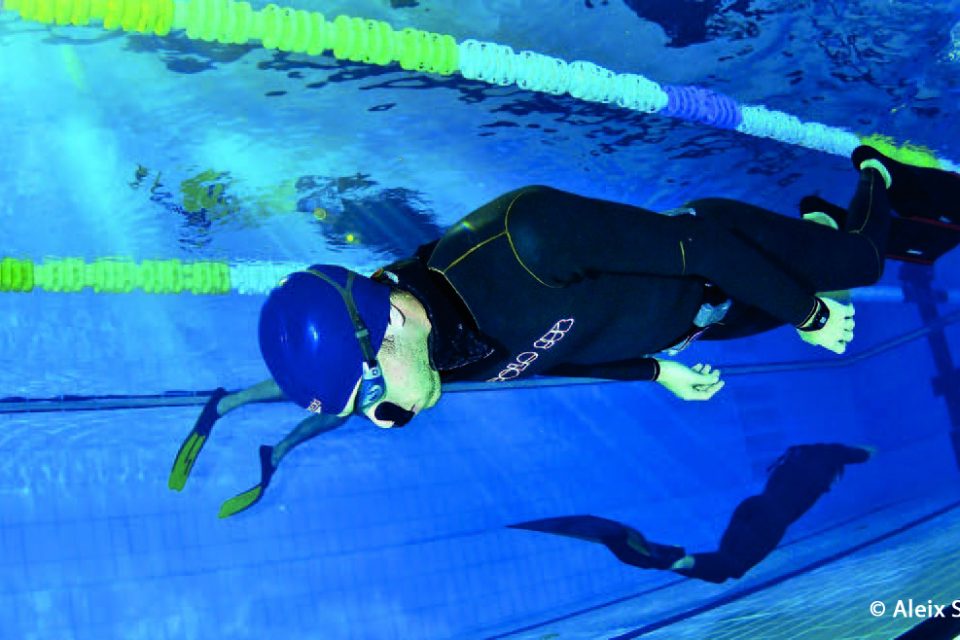 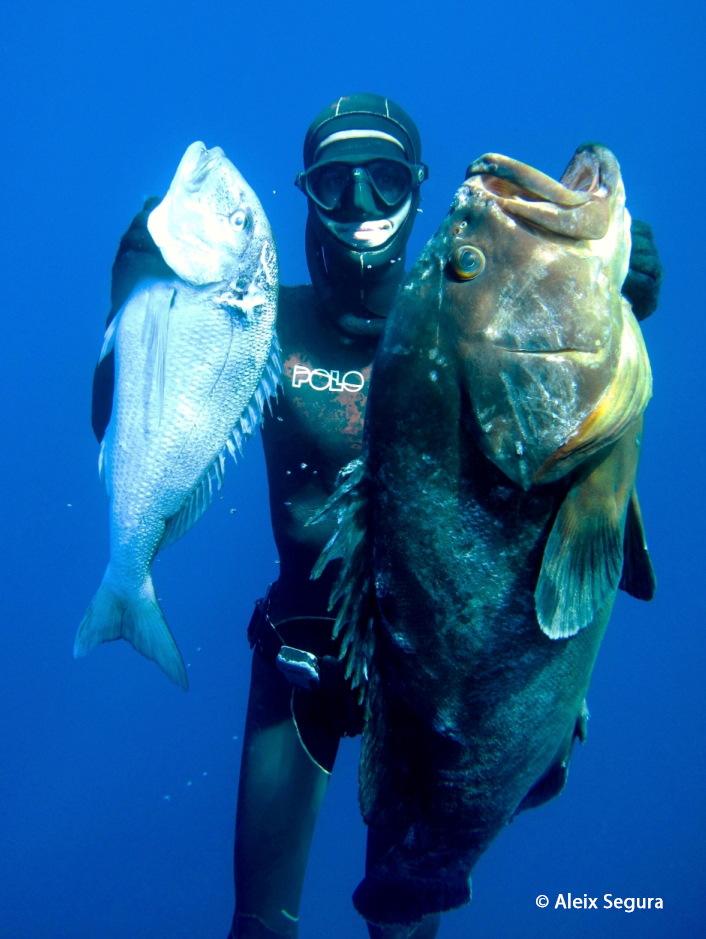 Aleix Segura Vendrell is the current static apnea AIDA World Champion, who is capable of over 10-minute breath-holds. Alongside his profession as an architect, the 31-year-old freediver from Barcelona began competitive freediving in 2011, debuting with an impressive 8-minute breath-hold. Currently, he has achieved three World Champion titles in static apnea (two by AIDA and one by CMAS). He is also a Guinness World Record holder, breaking the official world record in static apnea on pure oxygen, reaching an incredible 24:03 minutes at the Mediterranean Dive Show 2016.

How did you get into freediving, specifically static apnea?
As a child, I learned to freedive in the sea during family vacations in Costa Brava, the northern coast of Catalonia. Later, I began spearfishing, which became the reason for me to improve my apnea capacity so I could further explore the Mediterranean depths.

How is static apnea different from other forms of freediving?
It’s different but strictly bonded to other disciplines as dive time is a key factor for all forms of freediving. It’s obviously much less strenuous for the muscles, but more psychological and demanding on the nervous system- there are no shortcuts that technique or technology can provide.

What is your training regime like?
It’s a slow and steady progression for me. Over the years, I have learnt to train more efficiently without investing immense effort. Usually, I train one hour per week in the pool, and I go spearfishing over the weekend if the sea forecast allows it. That forms the bulk of my training, but when it’s competition season, I train extensively at least one month beforehand. I also spend a lot of time in the ocean during the summer holidays.

Could you talk us through what it feels like holding your breath in the water for 24 minutes?
It starts with a hyperoxic awareness; then I go into a period of deep relaxation, followed by a long fight with the disphragmatic contractions – the confusion of having too much carbon dioxide in the body.

The feeling is harsh, but the risk is worse. Unlike normal apnea, there is major neurologic and neurovascular risk involved in oxygen-assisted apnea. An accident or blackout could be tragic without proper professional support, and that is always at the back of my head when I go further than anyone had before. It’s like, in a much lighter sense, when Enzo Maiorca was warned his thorax could implode at the depth of 50 metres and he still took the challenge. 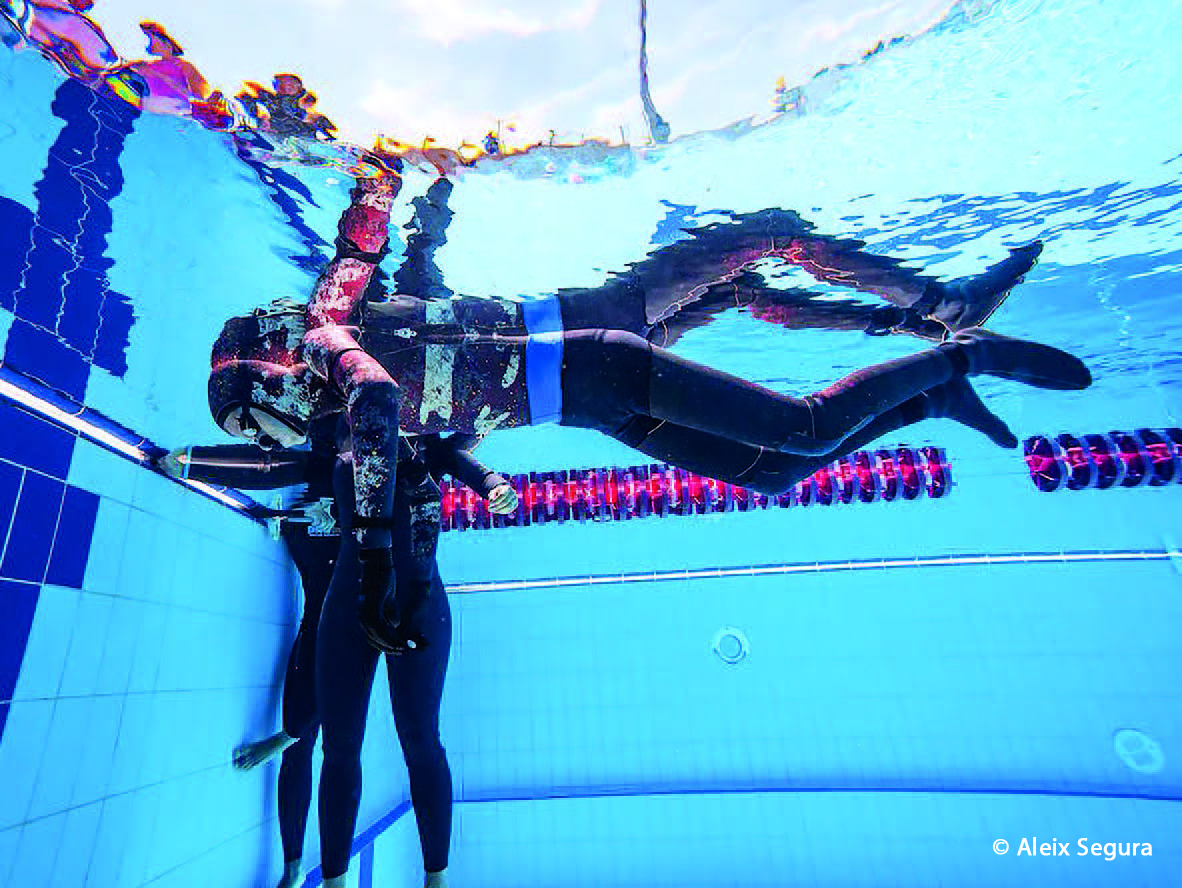 Any difficulties you have experienced?
I haven’t experienced any significant problems apart from the difficulty of the dive itself, which is curbed through training and the presence of the medical crew who are always ready for the unexpected. Organising the event has proven to be more difficult – finding a sponsor, setup and broadcasting, not to mention fulfilling the extensive Guinness World Record control protocols.

What about the most rewarding and/or memorable time?
My most rewarding time is in the sea, away from the competition but enjoying using my skills underwater. In terms of competition, I’d say in Belgrade when I won my first World Champion title, I knew I was the best at that point but being able to prove it was an accomplishment and motivated me to enjoy this sport more.

Could you share some of your future goals with us?
Yes, in 2018 we have the AIDA and CMAS individual apnea World Championships so I hope to be in one or both of them.

What advice would you give to aspiring static apnea athletes?
Patience is key. With proper and efficient training, the progression will come even without intensive training. 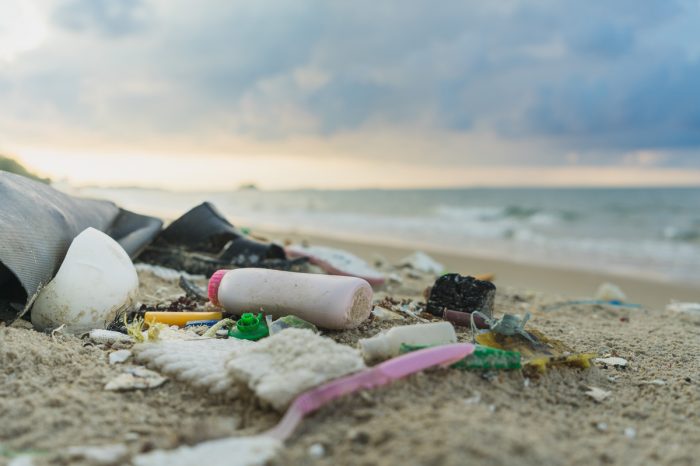 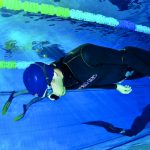