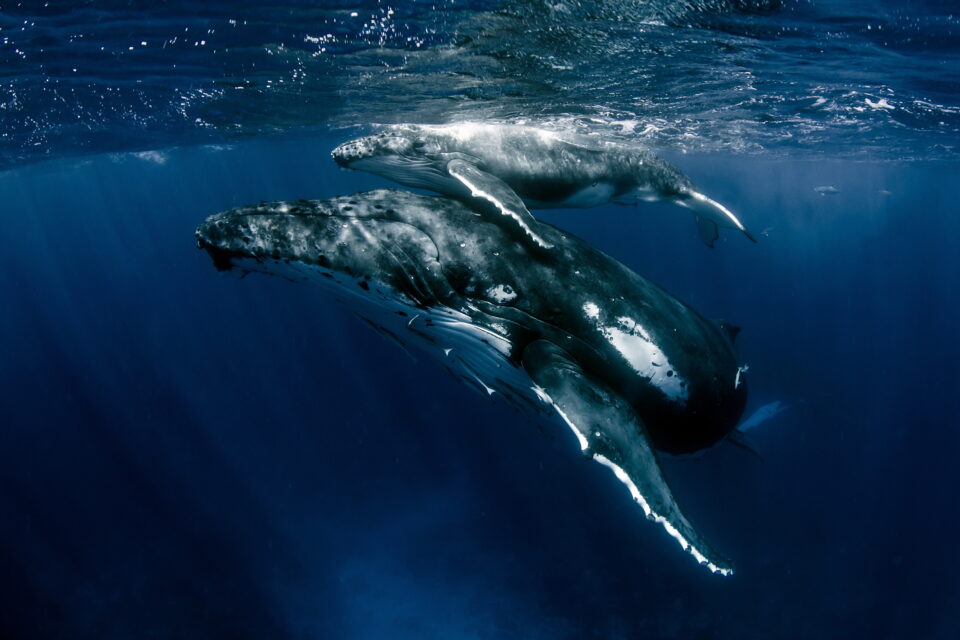 The humpback whale is one of several migratory marine animals

The ocean is home to some of the world’s greatest travellers: sharks, turtles and even rays undertake phenomenal journeys, usually in search of places to feed and reproduce. Here we take a look at some of Asia Pacific’s greatest voyagers, and what divers can do to support them. 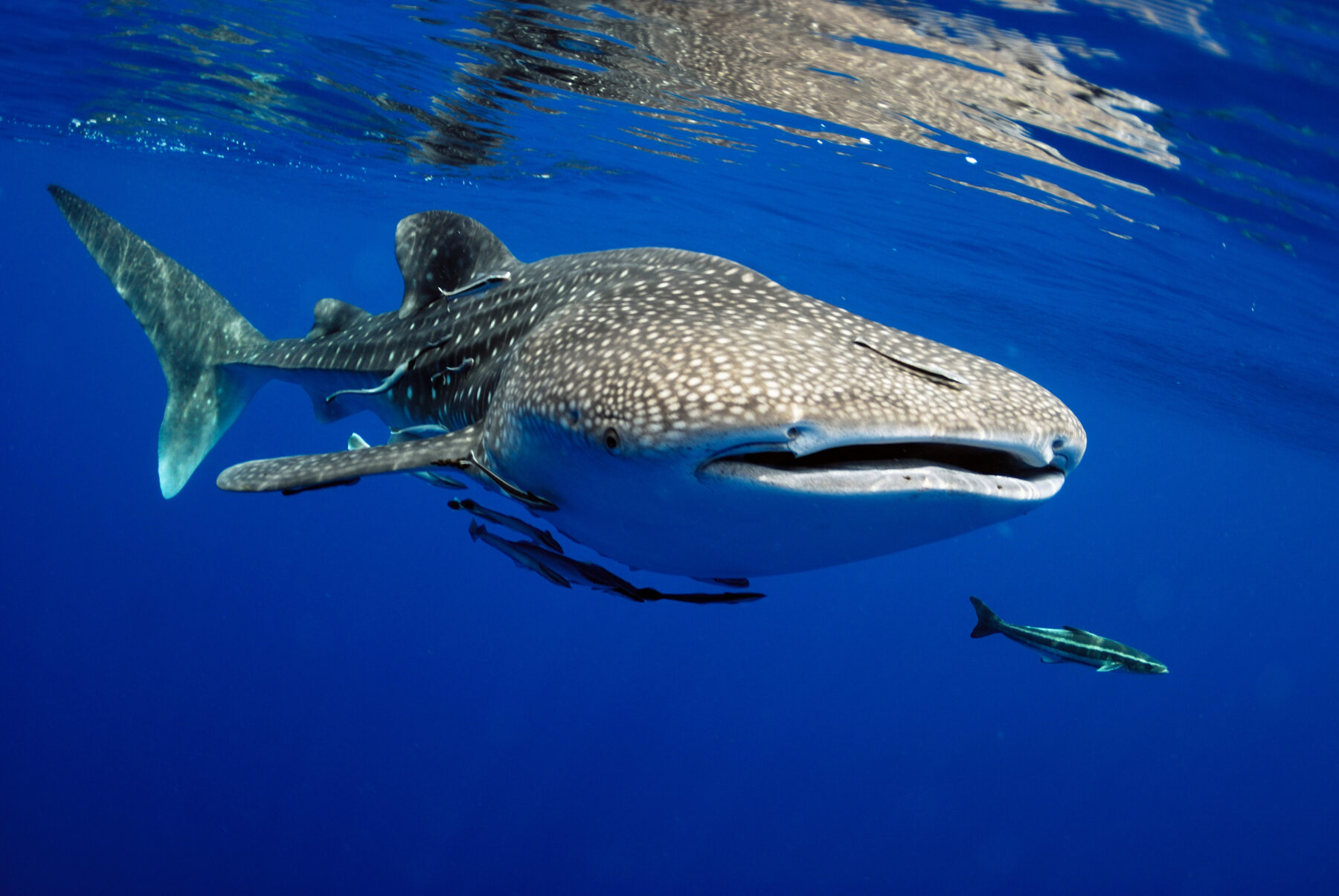 Status on the IUCN Red List of Threatened Species: Endangered

Journeys: Early satellite tag research (by Eckert et al. 2001) revealed one of the greatest Asia Pacific journeys by a whale shark, with one individual travelling over 4,000 kilometres from the Philippines to just off the south coast of Vietnam. In 2013, a whale shark photographed by a LAMAVE researcher in Southern Leyte, Philippines became the first whale shark in Asia to have been identified in two different countries, having previously been photographed in Taiwan, racking up a 1,600-kilometre minimum journey! Ongoing research by a number of organisations including LAMAVE, Marine Megafauna Foundation and Dr Hua Hsun Hsu at the National Taiwan Ocean University are using satellite tags to investigate whale shark movements between Taiwan, the Philippines and the South China Sea.

Fact: Whale sharks are the world’s largest fish. The largest known population of whale sharks in Southeast Asia is in the Philippines; today over 1,000 individual whale sharks have been identified in the country, with each shark recognised by its unique spot pattern.

What Divers Can Do: Avoid tourism destinations that feed or lure whale sharks, as this has been shown to cause a change in behaviour. The impacts of these practices are still under investigation. 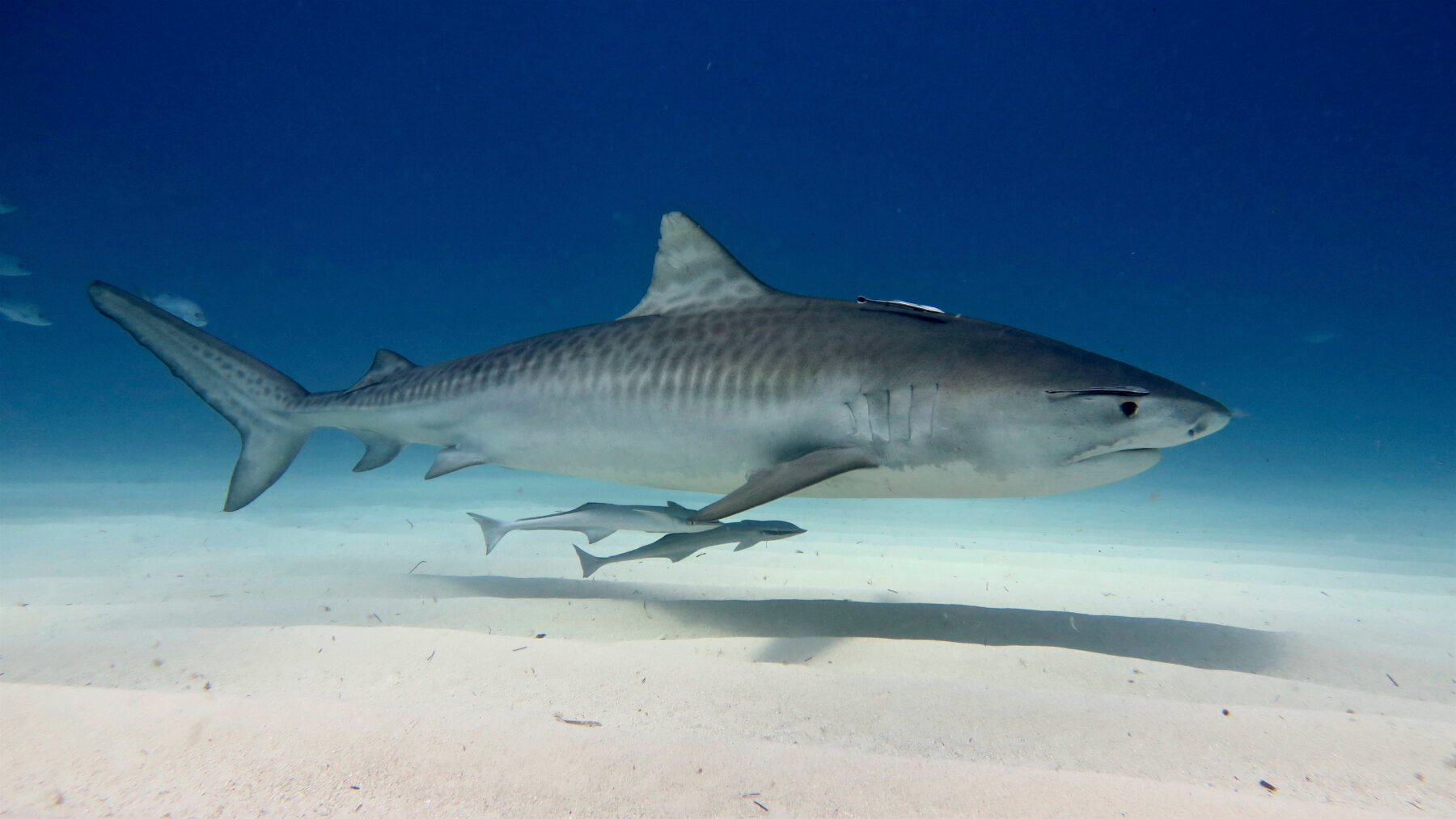 Status on the IUCN Red List of Threatened Species: Near Threatened

Journeys: A female tiger shark fitted with a satellite tag by a research team from the Australian Institute of Marine Science (AIMS) travelled over 4,000 kilometres during 517 days of tracking, between Ningaloo Reef, Australia and Sumba Island, Indonesia (Reference: PLOS One February 11, 2015, “Crossing Latitudes – Long-Distance Tracking of an Apex Predator”).

Fact: Amazingly, researchers from LAMAVE and Tubbataha Management Office (TMO) tagged the first tiger shark in the Coral Triangle in 2016. The tags, which use satellites to transmit locations, will reveal the habitat used by these incredible sharks in this part of the world.

What Divers Can Do: Divers visiting Tubbataha Reefs Natural Park can submit tiger shark encounters caught on camera to LAMAVE (www.lamave.org) who, with TMO, are building a catalogue of the park’s tiger sharks to help understand the population present in the area. 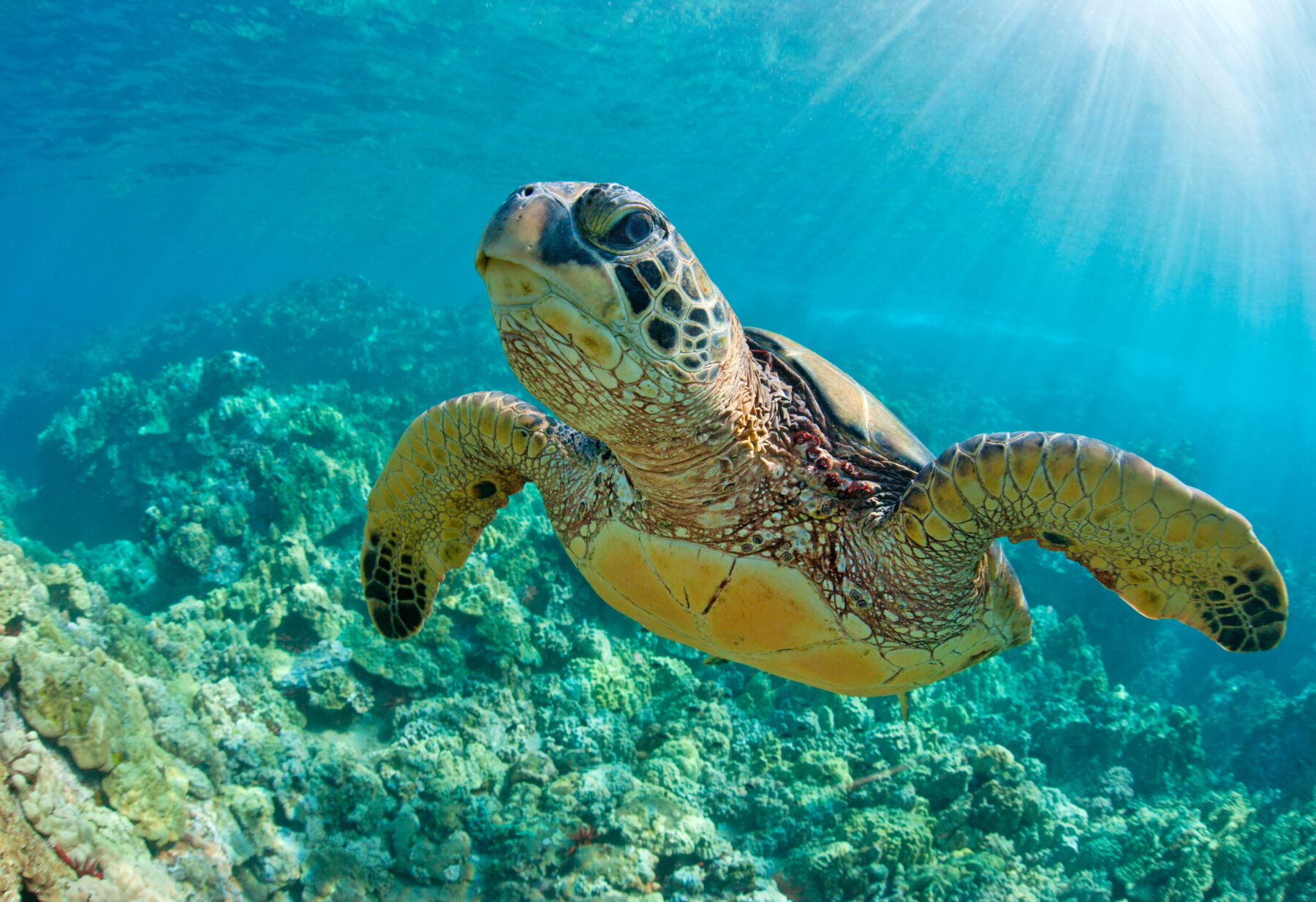 Status on the IUCN Red List of Threatened Species: Endangered

Journeys: Turtles (green and hawksbill) tagged with flipper tags in Palau, were resighted around the Philippines and Indonesia, Linking Micronesia, Indonesia, and the Philippines (Reference: www.seaturtle.org)
Fact: Green turtles are so named due to the green colour of their fat and skin.

What Divers Can Do: Become a citizen scientist. Ask your dive operator if they are collecting turtle photo-identification data. If so, be sure to share your photographs (showing the scutes on the side of the turtles’ head) to help study the local population. 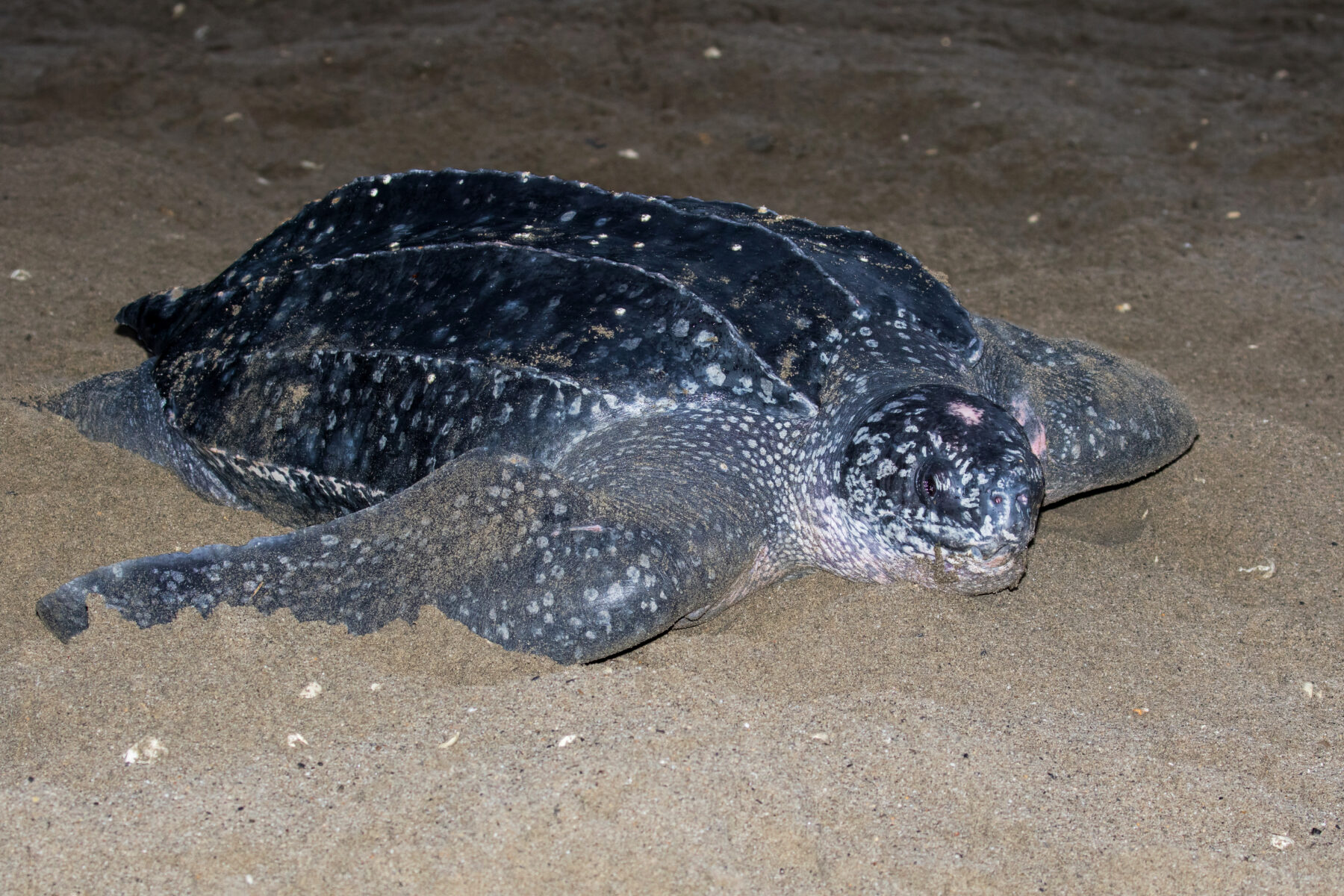 Journeys: A female leatherback turtle embarked on an epic journey from Papua, Indonesia to Oregon on the Pacific northwest coast of America, and halfway back again! She racked up a distance of at least 12,774 kilometres before researchers lost the signal from the satellite tag attached to her back. (Reference: Chelonian Conservation and Biology, “Post-Nesting Migrations of Leatherback Turtles (Dermochelys coriacea) from Jamursba-Medi, Bird’s Head Peninsula, Indonesia”)

Fact: The leatherback turtle is the world’s largest turtle (the largest recorded weighed an enormous 916 kilograms). The leatherback gets its name from its shell, which is flexible and covered in a thin layer of leathery skin.

What Divers Can Do: Take at least five bits of plastic home when you next visit the beach. Turtles are just one marine animal that are suffering from our plastic fetish. Reduce, reuse and recycle to help clean up our oceans. 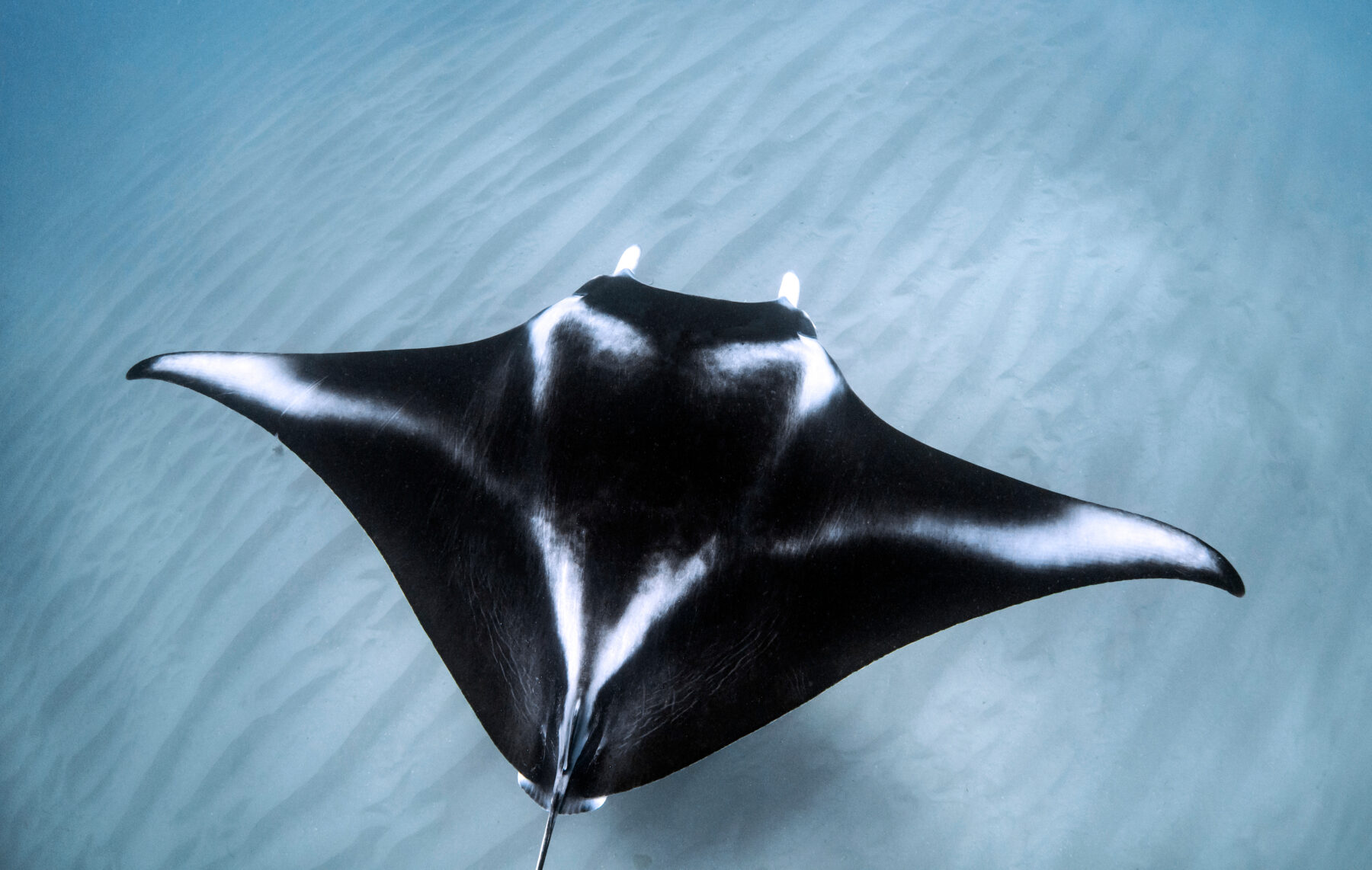 Status on the IUCN Red List of Threatened Species: Vulnerable

Journeys: Individual manta rays can be identified by taking photographs photo ID) of their unique spot pattern on the ventral (belly) side of their body. In Indonesia, photos revealed a 450-kilometre journey by a reef manta ray (Manta alfredi) across regional sanctuaries including Nusa Penida and Komodo National Park (Reference: Germanov and Marshall 2014).

What Divers Can Do: Submit your manta ray belly shots to Manta Matcher, an online database matching manta ray encounters. Check out www.mantamatcher.org for full details on how your photo can identify and help protect manta rays. 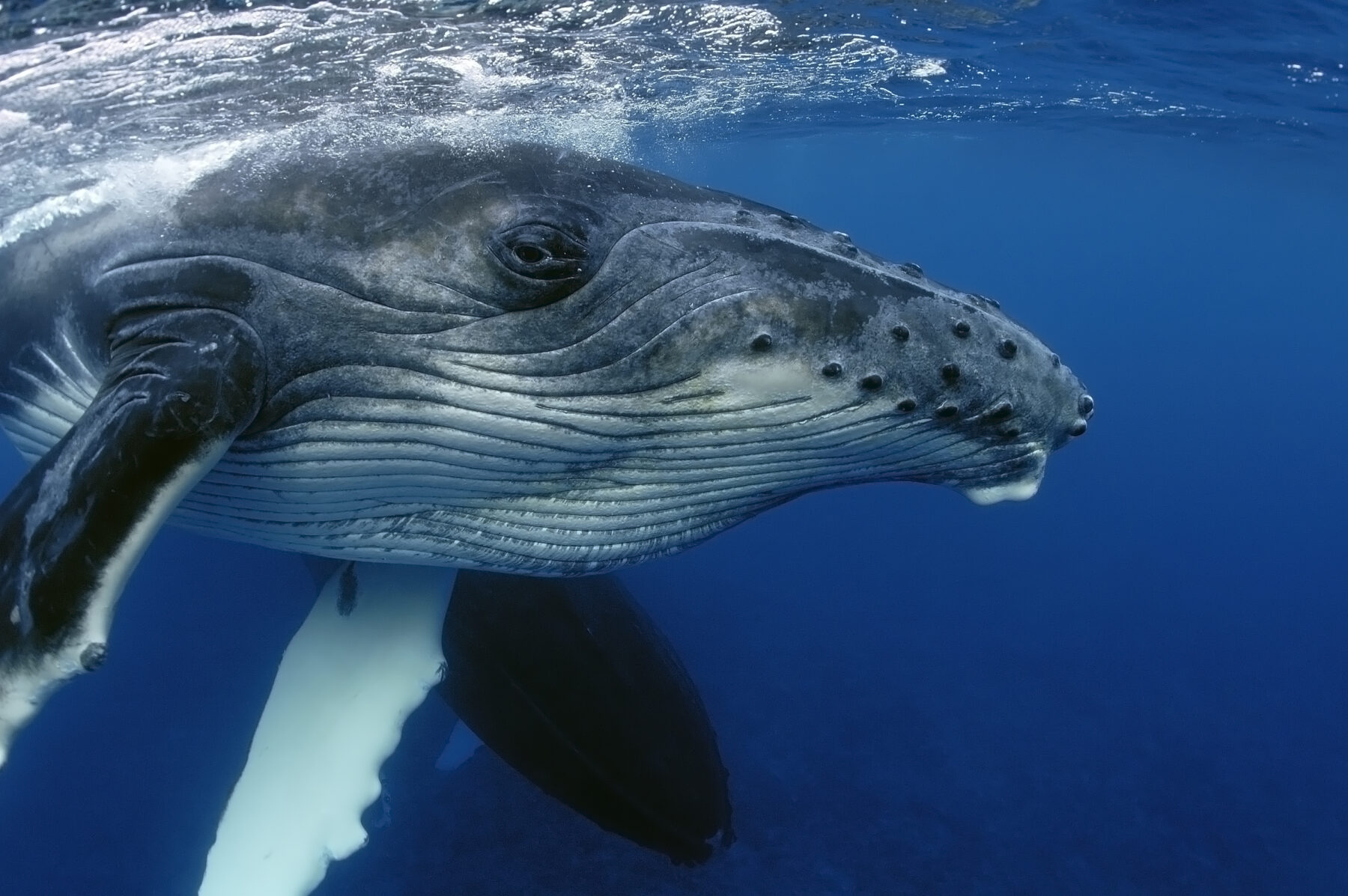 Journeys: Individual humpbacks have been shown to travel between the breeding grounds of the Babuyan Islands, Philippines to feeding grounds situated in the Commander Islands, Russia (Reference: Journal of Cetacean Research and Management, “New Insight into Migration Patterns of Western North Pacific Humpback Whales Between Babuyan Islands, Philippines and the Commander Islands, Russia”, Silberg et al. 2013). One individual was photographically matched between the Philippines and Hawaii, having made an extraordinary journey across the Pacific Ocean (Reference: www.swfsc.noaa.gov).

Fact: The Babuyan Islands is the only known breeding ground of humpback whales in the Philippines and a number of whales migrate there every year.

What Divers Can Do: You can now snorkel with humpback whales in the water off Exmouth (and Ninagloo), Western Australia. 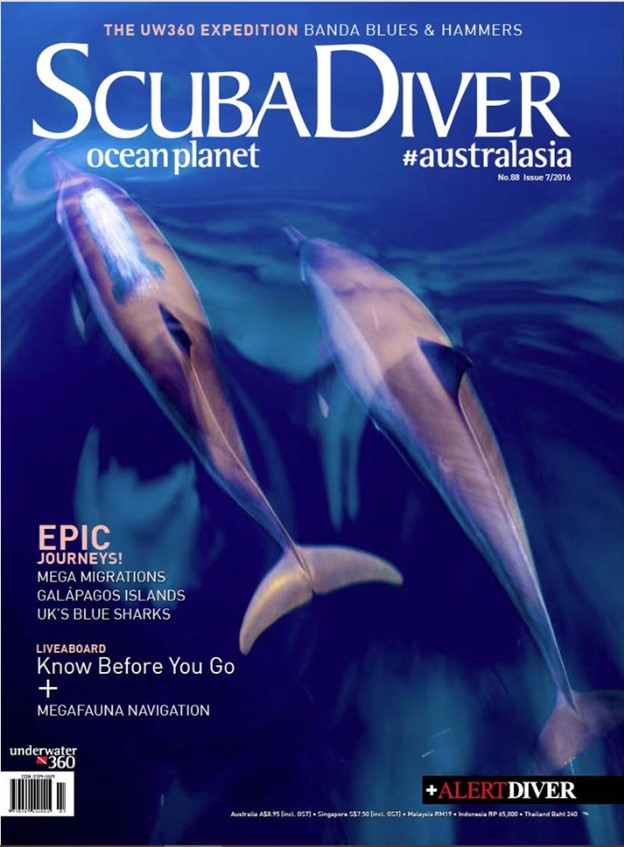 To discover more intriguing facts about marine life and sites, get your copy of Scuba Diver Issue 7 / 2016 here. 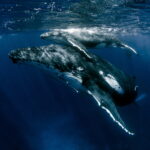