8 Untold Legends of the Dolphin

Legends anchored within the blue have always been a mainstay of coastal communities, sustaining a poetic sentimentalism about the ocean. Little wonder then, after more than 50 million years in existence, the dolphin holds a particularly special place in the whimsical realm of such folklore. One of the few marine creatures that has enjoyed a close connection with human beings, the dolphin has remained a lovable icon for hundreds of years, etched in local traditions and oral legacies over generations. 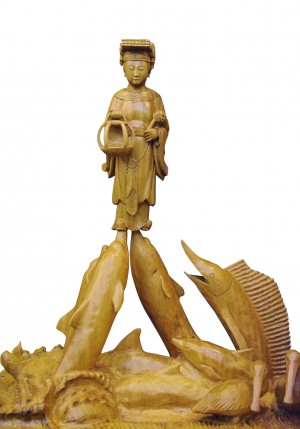 An Estuarine Legend of Love

Since time immemorial, the Chinese white dolphin has been reverently referred to as the Mazu fish, lauded for their exceptional intelligence and rare intuition imparted by the Goddess of the Seafarers. An aboriginal tale passed down orally by the Paiwan tribe speaks of an oceanic dolphin, guided by its sentimental instincts, that once helped to reunite a pair of tragic lovers forced to reside on different islands. Hearing the desperate pleas of the couple who was separated by a large body of water, it carried the woman to her beloved, where they abided in eternal marital bliss. From then on, the much-adored animal – believed to be able to join two hearts that belong – became known as the quintessential guardian of love.

From Vengeance to Intelligence

Local folklore adds to the elusive Indus river dolphin’s mysticism. This species, specially designed for freshwater environments, was once a woman who incurred the wrath of a holy man by forgetting to feed him milk. One day, she was transformed by his curse into what it is today – a gentle, blind mammal, who has inhabited the mighty river for thousands of years.

Smiling Faces of the Mekong

According to an enduring Cambodian myth, the Irrawaddy dolphin was a fair maiden endowed with the body of a fish. Unfortunately, a forced attempt by her parents to make her marry a magical python saw her proudly casting herself into the Mekong river. Her suicide bid failed and instead, she was transformed – her enchanting contentment forever immortalised in the Irrawaddy dolphin’s trademark upturned mouth. Exuding timeless affability, it is hugely revered by the Khmer and Lao people. 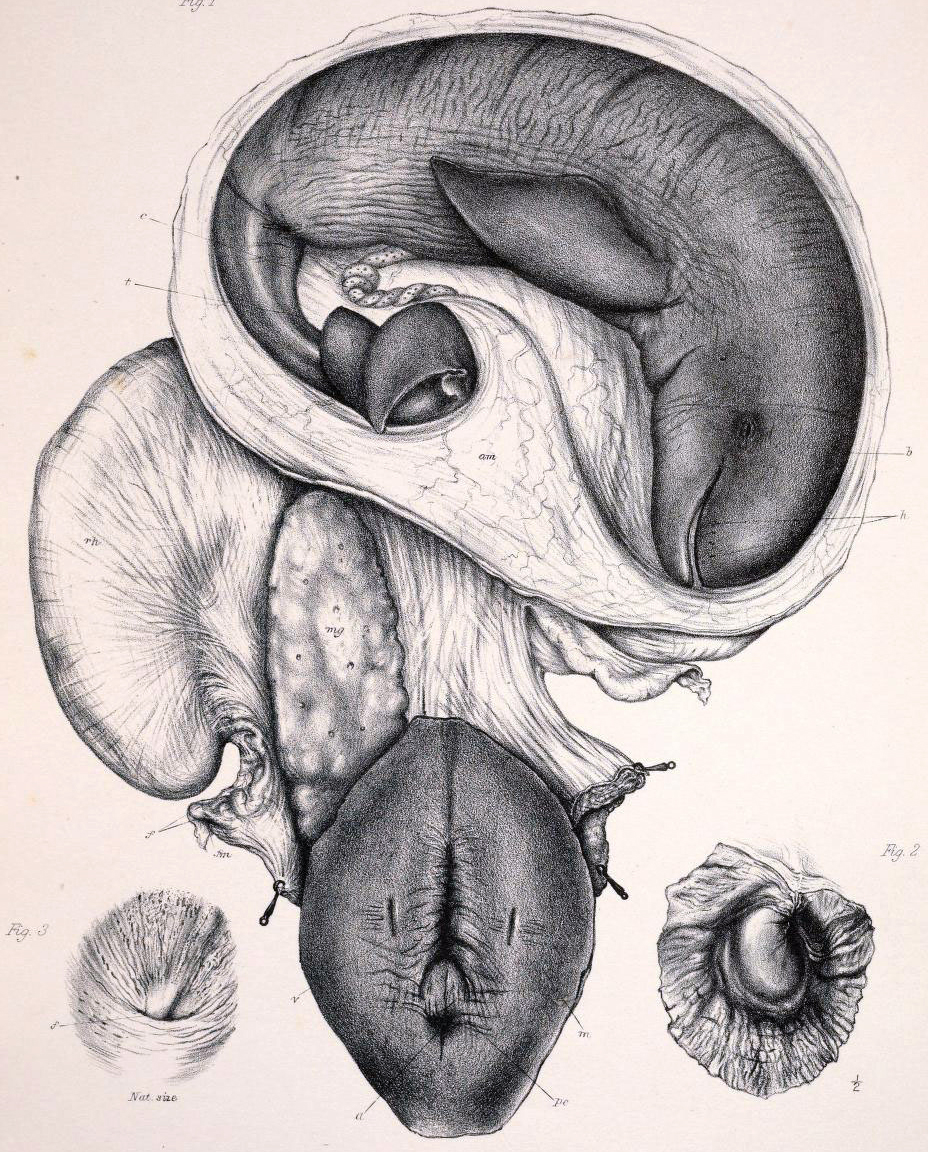 An 1878 drawing of an Irrawaddy dolphin in its mother’s uterus details the smile of this Mekong river wanderer – celebrated as the metamorphosis of a beautiful, dignified maiden.

The Maori share a traditional relationship with marine mammals, in particular, dolphins, which they refer to as taniwha, or water spirits. According to the Ngati Wai people, who inhabit islands off Auckland’s eastern coast, dolphins acted as messengers in times of need, carrying news from the islands to the mainland. An ancient tale tells of a special taniwha named Tuhirangi, who guided Kupe, the legendary Polynesian explorer, to New Zealand. Subsequently, Kupe placed Tuhirangi at French Pass in the Marlborough Sounds, entrusting it the noble mission of guiding canoes through treacherous waters.

In ancient Greco-Roman Egypt, it is said that the dolphin was responsible for carrying the souls of the dead to the “Islands of the Blessed”. In the course of many adventures and misfortunes, Dionysus asked some pirates to carry him from Argos to Naxos, but alas, he discovered their heinous plot to sell him into slavery. To punish them, he turned their oars into snakes, enveloped the ship in a curtain of ivy and paralysed it with vines, until the pirates, driven insane, jumped into the sea and were transformed into dolphins. Since then, it was believed that dolphins were friends of man, who sought to save them from the waves, an act of repentance on behalf of the pirates from which they descended. Pirate lore also hails the dolphin as a symbol of protection.

Along the banks of the mighty Amazon river lived 18-year-old Rosita. One evening, Rosita went for a swim, when she suddenly noticed a young man watching her. Entranced, Rosita drew close while the stranger, claiming to be a fisherman, declared his love for her and eventually married her. The pair spent every dusk to dawn together, while the man mysteriously disappeared during the day. One morning, the fisherman failed to leave before sunrise. Waking to find a pink river dolphin beside her, Rosita screamed out loud. Her father rushed in with a gun and the dolphin, far from the water, was unable to escape the fatal gunshot. The fisherman was never seen again. Rosita, pregnant with his child, died during childbirth. The baby survived, but to everyone’s shock, it was not human, but a dolphin. Only then did they realise that the fisherman was the Bufeo Colorado, who had taken human form at night to seduce the young Rosita.

Island of the Dolphin Girls

A tale from Losap Island, Micronesia, describes how Anoun Farrang, the Lugenfanu clan chief ’s son, once fell into the water from a canoe when a dolphin swimming by with its pod accidentally knocked into him. The boy was unafraid and used his magic, which directed him to a lush island on the sea floor. Soon after, the dolphins arrived on the island and took their skins off, transforming into human girls. Delighted to find the boy, they offered him raw fruits and vegetables. Over many days, the boy taught the dolphin girls how to make a fire and cook food, and how to use plants to cure illnesses. One day, the boy decided to take leave of his hosts, as his family would be extremely worried about him. The dolphin girls, sad to see him go, sent gifts of food with him and swam with him back to Losap’s lagoon, where everyone was enthralled to see the chief ’s son again and thanked the dolphin girls for their gifts. 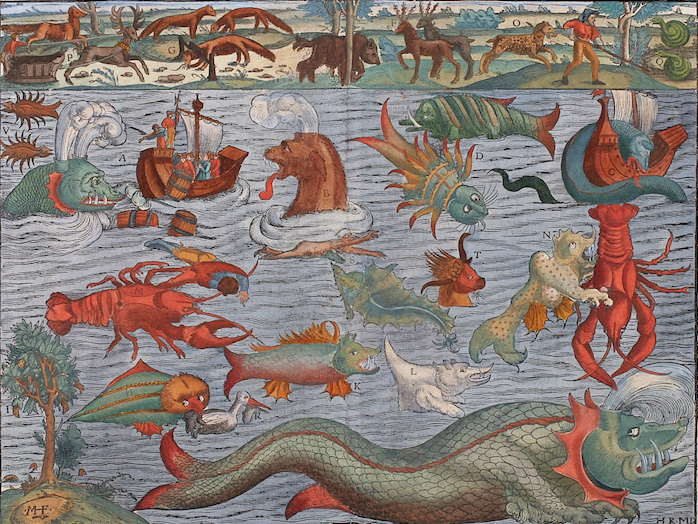 Historically, decorative drawings of heraldic dolphins from the Pacific Islands were frequently used to illustrate maps, such as the Carta marina, or Map of the Sea, created between 1527 and 1539. They highlight sightings of sea monsters often catalogued and studied by folklorists.

Goddess of the Yangtze

The baiji dolphin’s distribution historically covered much of the grand Yangtze river – also known as the River of Life – and its meandering tributaries from Yichang to Shanghai. According to legend dating back more than 2,000 years, this elegant, intelligent dolphin was worshipped as the Goddess of the Yangtze by the Chinese, the fabled reincarnation of a beautiful princess who refused to marry a man she did not love and was drowned by her father for shaming the family.

By Selina Tan and Shreya Gopi, with Lulu M 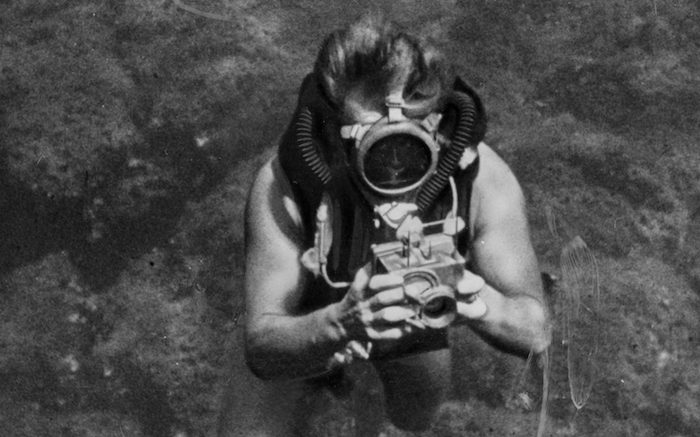 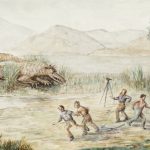 8 Untold Legends of the Dolphin