This week we pay tribute to the life and achievements of Professor Hans Hass, the pioneer of pioneers:

Words by Leslie Leaney, all photos © The Hans Hass Institute, except where noted. All Rights Reserved.

Professor Hans Hass, who died in 2013, was the last of the pioneering European divers, whose exploits laid the foundation on which today’s scuba diving and free diving activities are built. Fortunately for us, the adventures of Hans and other early divers, Jacques-Yves Cousteau, Captain Philippe Tailliez, Frédéric Dumas, Dr. Gilbert Doukan, Philippe Diolé, and Bernard Gorsky were recorded in books and on films, published and released in the English language.

All of these divers started out spearing fish, which was the prime activity in the 1930s and 1940s, prior to the development of free-swimming self-contained diving equipment. Among these early divers, Hans was the most prolific writer, publishing six books on his diving adventures before 1953. It was in that year that the book The Silent World, by Jacques-Yves Cousteau and Frédéric Dumas, and crafted by American writer James Dugan, was published in America. Cousteau had the support of the National Geographic Society and was therefore able to make a larger impact on the American public than did Hans Hass. Thus, American divers got to learn far more about Cousteau than they did about Hans Hass, whose popularity and credibility were far higher in Europe than in America.

Recognised in diving as the “Pioneer of the Pioneers”, Hans Hass’ career was marked with numerous diving milestones, which were often the first of their kind to be achieved and recorded. 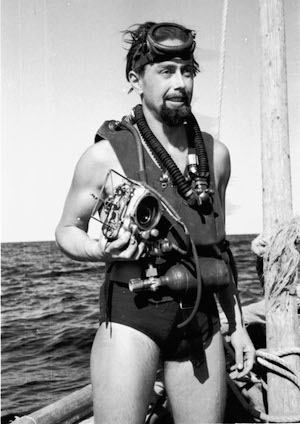 Hans was born in Vienna, Austria, on January 23, 1919, into a family of means. His father was a respected attorney and Hans’ educational path eventually placed him in the University of Vienna, where he studied law. His main interest was zoology but parental pressure did not allow him to pursue this path. Later events would though, as his career would be continually driven by exploring the science of the sea.

The Hass family was sufficiently well off to be able to take summer vacations from land-locked Austria, and travel south to the Côte d’Azur on the Mediterranean coast of France. It was here in 1937 that the 18-year-old Hans would encounter the man who would change the course of his life and propel him on one of the greatest ocean adventures of all time.

One day, during his French vacation, Hans wandered onto the rocks along the shoreline of the Eden Rock Hotel at Juan-les-Pins. Below him in the water he noticed a tanned athletic man swimming and free diving with a spear. Much to his amazement, as Hans watched from above, the man surfaced from one dive with a fish on the end of his spear. Hans was immediately smitten by this new system of fishing and when the diver came ashore Hans immediately engaged him in conversation. Of that meeting he later wrote, “He conjured up before me, for the first time, that new world that was to become so familiar to me later. (He) imparted to me not only his enthusiasm as an underwater hunter but also advised me how I might conquer this world for myself.”

The diver was not, however, a European, but an American, Guy Gilpatric, who was a columnist for The Saturday Evening Post, and who periodically wrote about his adventures spearfishing. Gilpatric’s term for the sport of spearfishing was “goggling,” as participants of the era wore goggles, not masks. He lived in Antibes and influenced several early pioneering divers along the Mediterranean coast. By 1938 he had compiled his goggling columns into a book, which he titled The Compleat Goggler, in acknowledgement of Sir Izaak Walton’s book on fishing, The Compleat Angler, published a few centuries earlier in 1653.

Generally regarded by historians as the first book on recreational diving, The Compleat Goggler was published in the USA and England, but surprisingly no French edition was published. This may have been due to World War II looming, as the interest, development, and participation in spearfishing was far greater in the south of France than anywhere else in the world.

From their first meeting at Eden Rock, Gilpatric became a form of diving mentor to Hans, who enthusiastically took up the new sport, quickly acquiring all the necessary equipment. Appropriately, Hans makes his first appearance in print as a diver in The Complete Goggler, when Gilpatric refers to him as “a young and very tough Austrian goggler who fishes our territory with a ten foot spear.”

Hans spent the summer of 1937 hunting fish on the Côte d’Azur but eventually had to return home to Vienna. “When, on my return from the Mediterranean, I told my friends and acquaintances of my new sport and my exciting adventures, I found that no one would believe me. Most of them accused me of an excessively lively imagination. This annoyed me so much that I conceived the idea of taking photographs underwater. Thus all the photographs I was to take in later years ultimately sprang from my injured vanity,” he later wrote. Although he had the idea of taking photographs underwater, no such equipment to do so was on the market, and he would have to design and build his own.

For more of the life and achievements of Hans Hass, please read SD OCEAN PLANET (Issue 6/2014) 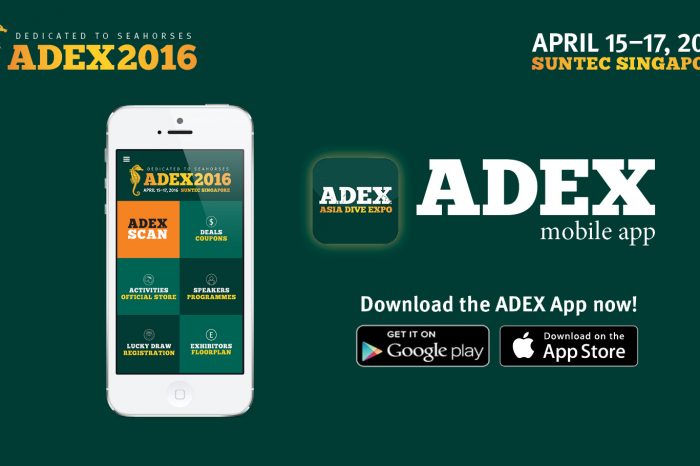 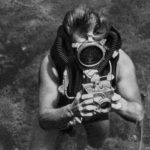