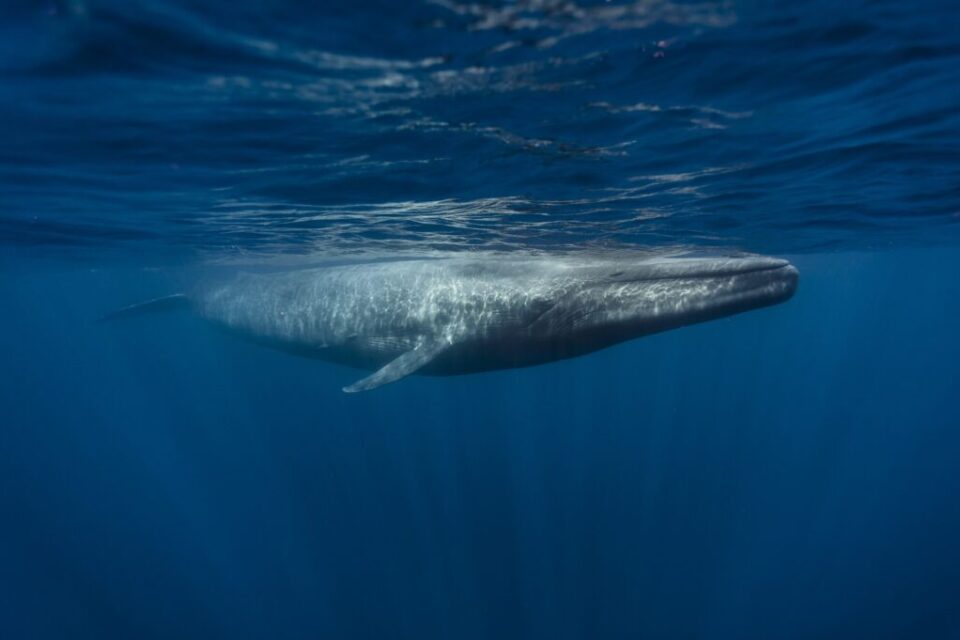 Keep a lookout, as we will be dedicating ADEX Ocean Vision: Singapore Ocean Week, happening on 22-23 April 2022 to Blue Whales. Here’s a quick guide to knowing more about Earth’s majestic creatures.

This is a shortened version of the full feature “Endangered Species in Asia”,​ appearing in the upcoming Asian Geographic’s BlueGreen Edition Issue 3/2021.

Geographical Distribution: There are four subspecies of blue whales, recognized by the Society for Marine Mammalogy’s Committee on Taxonomy. They are distributed in all major ocean basins, except the Bering Sea and the Arctic Ocean (although they have been sighted near the ice edge in the North Atlantic).

These majestic creatures are the largest marine mammals to ever exist.

The blue whale is an extremely large marine mammal, with a long, torpedo-shaped body. They have blue-gray colored skin, with a slightly lighter colored underside; they have two pectoral fins, a small dorsal fin on their backs, and a large fluke.

Far bigger than any dinosaur, the blue whale is the largest known animal to have ever lived. An adult blue whale can grow to a massive 30m long and weigh more than 180,000kg – that’s about the same as 40 elephants, 30 Tyrannosaurus Rex or 2,670 average-sized men.

Despite their intimidating size, this giant of the ocean feeds on some of the smallest marine life – tiny shrimp-like animals called krill. A single adult blue whale can consume 36,000 kg of krill a day. They can live up to 90 years, with the oldest recorded living up to 110 years.

Blue whales were once abundantly common in the oceans of the world, with their total population estimated to be around 350,000. However, with the introduction of whale hunting, colloquially known as whaling, and the rising demand for whale parts, blue whales were poached to near extinction.

Watch here to know more about how our activities have severely impacted the livelihood of blue whales:

Don’t forget to grab your copy of Asian Geographic’s Blue Green Edition Issue 3/2021, out in stores soon! #SaveTheDate for ADEX Ocean Vision: Singapore Ocean Week, happening on 22-23 April 2022, as we dedicate it to the Blue Whales. 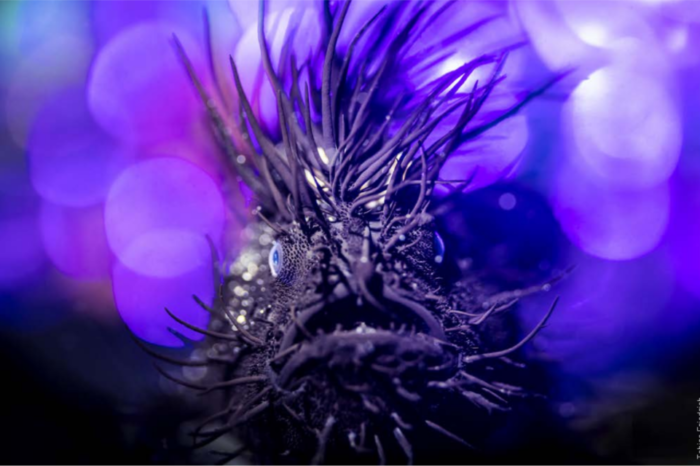 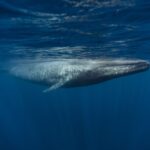