A massive research expedition is generating data that will help protect the reefs of the world’s most famous WWII wreck graveyard. Read on as Simon Lorenz reveals all. (Text and images by Simon Lorenz) 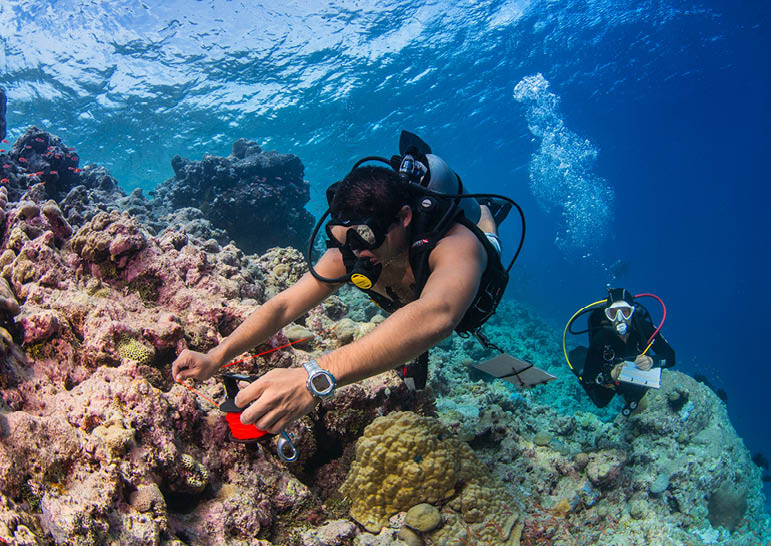 WHILE SOME HARD-HEADED politicians still believe climate change is a hoax, the vast majority of scientists are in agreement – our oceans and atmosphere are heating up. To make things worse, the world’s seas are polluted and under pressure from overfishing and natural disasters. To prove how climate change is having a direct impact on marine environments, research must be conducted in remote, undisturbed areas.

Few atolls are as remote as Chuuk in the Federated States of Micronesia, where 36,000 people share an archipelago of largely undeveloped jungle islands. Known to divers as Truk Lagoon, with its more than 60 well-preserved wrecks from the Pacific War, this is considered to be the world capital of wreck diving.

With its exposure to major ocean currents, Chuuk is perfectly located for maximum coral diversity, with hundreds of species of colourful hard and soft coral inhabiting its reefs’ outer walls and inner lagoons. The continued health of these reefs is crucial to local communities and the dive tourism industry, not to mention the health of the entire Pacific, as, when these corals spawn, they help repopulate reefs near and far.

One key threat to many Pacific reefs is coral bleaching, when distressed coral turns white as they expel the algae that live within them. Warming seawater and more frequent El Niño events accelerate bleaching and destroy coastal habitats. Chuuk sits smack in the middle of a zone defined as “high risk” by the National Oceanic and Atmospheric Administration (NOAA) Coral Bleach Alert. 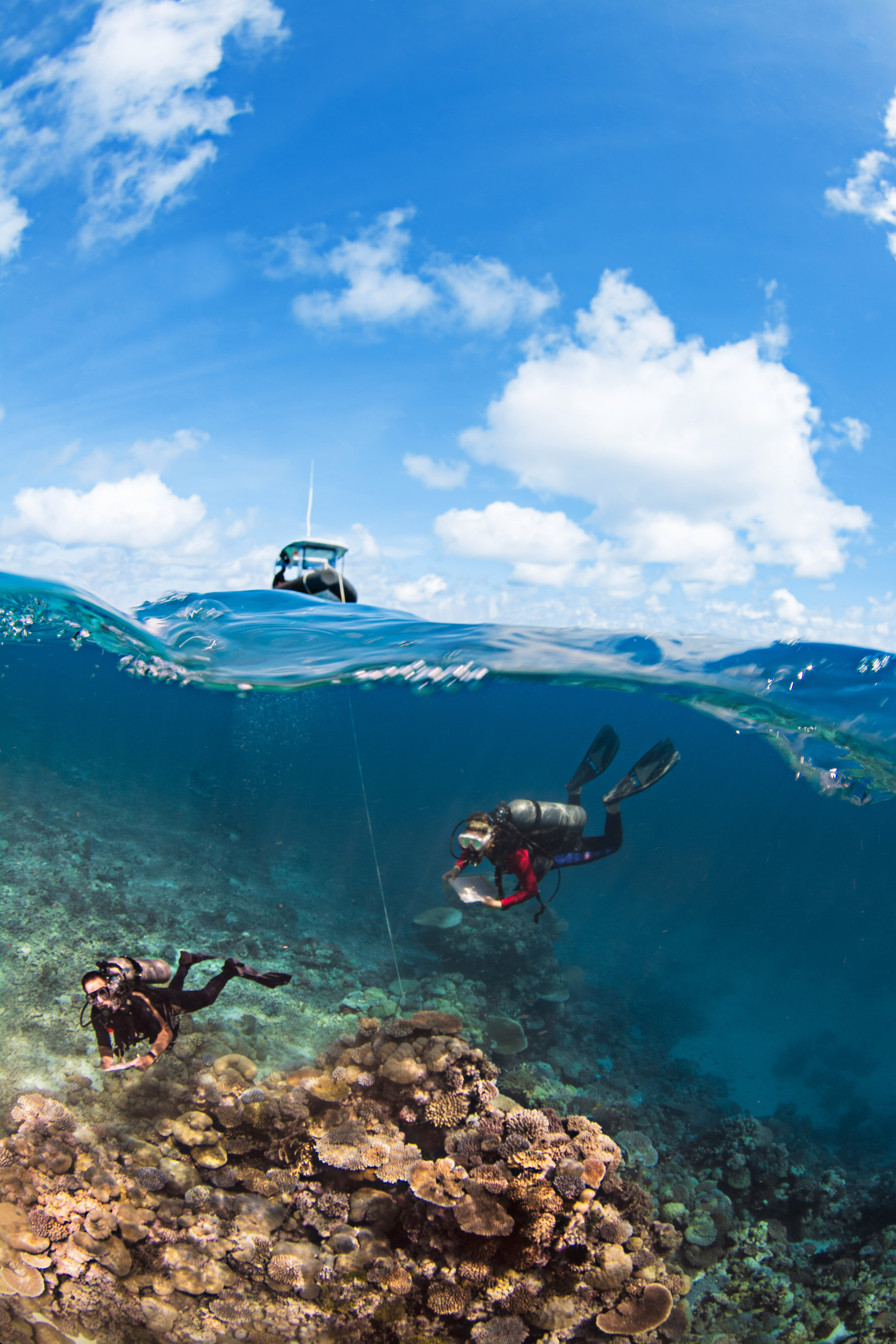 In June 2016, an expedition of more than 20 scientists embarked on the largest reef assessment ever conducted in Micronesia. Over three weeks of hard work in the equatorial sun, scientists collected data on the status of the reefs, the extent of coral bleaching and the distribution of marine life.

Chuuk has also been exposed to several natural disasters: In 2015, super-typhoon Maysak hit the reefs hard, and a massive outbreak of the voracious crown-of-thorns starfish (COTS) threatens whole segments of the outer reef. One of the world’s biggest starfish, it feeds on coral, leaving a trail of devastation.

“We are interested in finding out how successful the reefs are in responding to such threats,” says Dr Rodney Salm, a 45-year veteran of ocean conservation, and senior science advisor to The Nature Conservancy.

If reefs are resilient they bounce back from natural impacts quickly and effectively, as Salm explains: “Healthy reefs not only heal themselves, they also help repopulate other reef systems with regular larval spawning events.”

The project surveyed 75 locations around the atoll. Some teams conducted qualitative coral resilience assessments, while others focused on the quantity of every coral species. Even the youngest corals were counted, so-called “coral recruits”, with as many as 50 species in a location. Another team took photographs of the bottom, every three metres per search area. These photos were later analysed to get statistical measures of coral cover. Invertebrates were manually counted on the reef, the focus being on COTS and sea cucumbers, a highly-prized export, and therefore critically overfished. Coral recruit density and invertebrate diversity are a key indicator of reef recovery.

Studies of fish population also formed a critical part of the survey. Despite Chuuk’s remoteness and its low population density, the ecosystem is threatened by overfishing. Local communities rely on fish as their main protein source, depleting the reefs in the process. 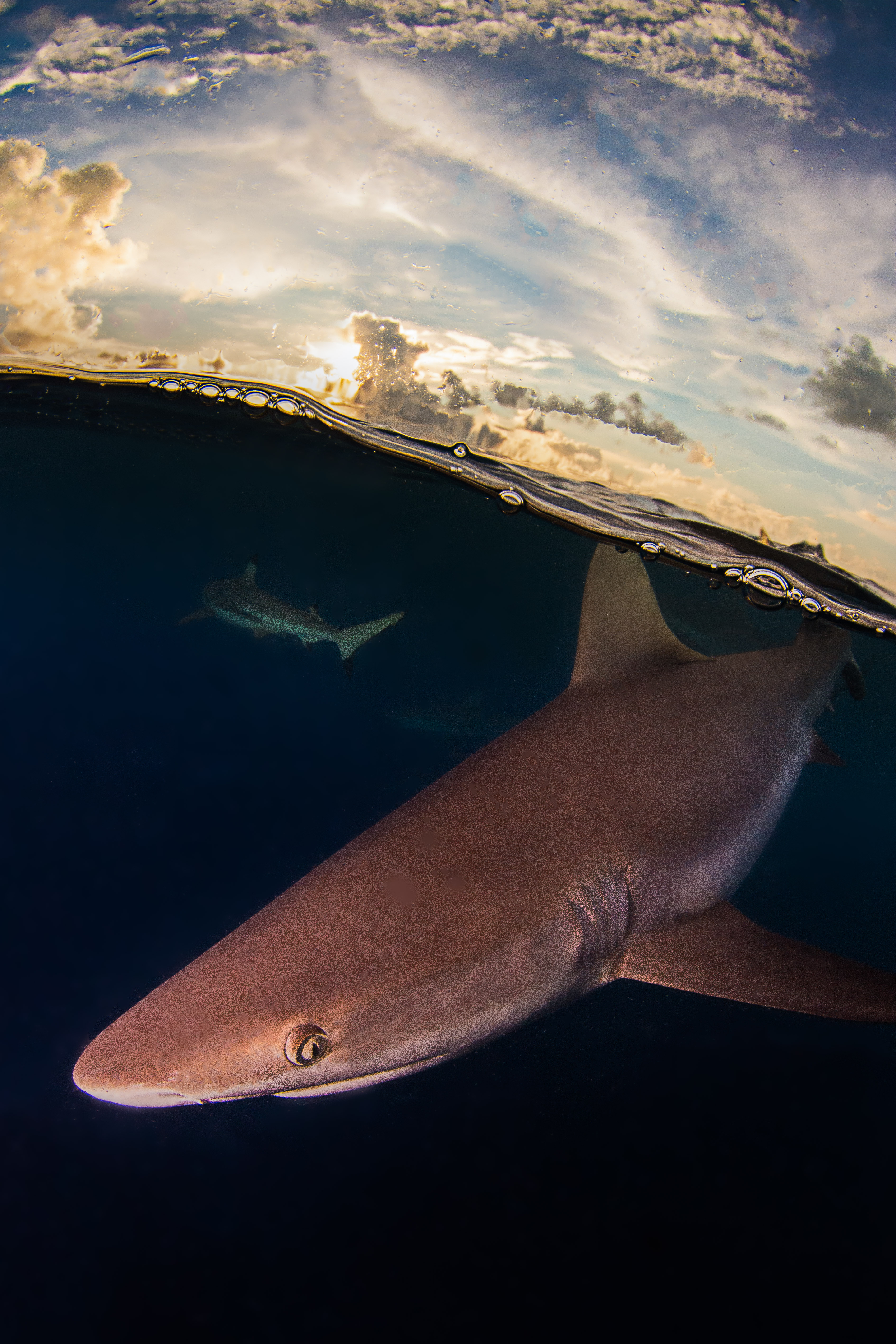 Sharks are still abundant, though villagers report they are catching fewer fish than they used to

This massive data collection exercise showed that the health of Chuuk’s reefs varies considerably. While generally little bleaching was recorded, the reefs differed massively in coral diversity, coral recruitment and fish abundance. The northwest and southern parts returned the best results for larger fish, presumably showing less fishing pressure there. Many eastern and inner reefs showed signs of the devastation caused by dynamite fishing. Most reefs in close proximity to populated islands were more or less dead and covered in suffocating algae, with limited chance of recovery.

For the rest of this article and other stories from this issue, see Asian Diver 2017 Issue 1 Volume 144 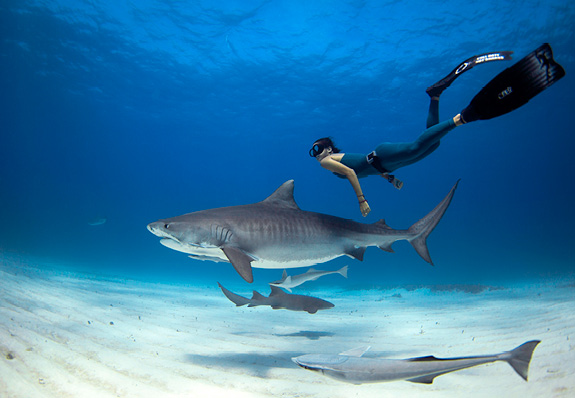 To Dedicate Your Life to Saving Sharks 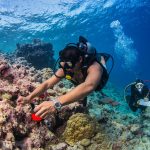