Sir David Attenborough’s unique, reassuring whisper has formed the soundtrack of many childhoods and family television dates worldwide. A man whose name has become synonymous with Nature documentaries, Sir David has introduced generations of people to the incredible natural world, both above and below the waves. We introduce Sir David Attenborough as our Pioneer of the Week: 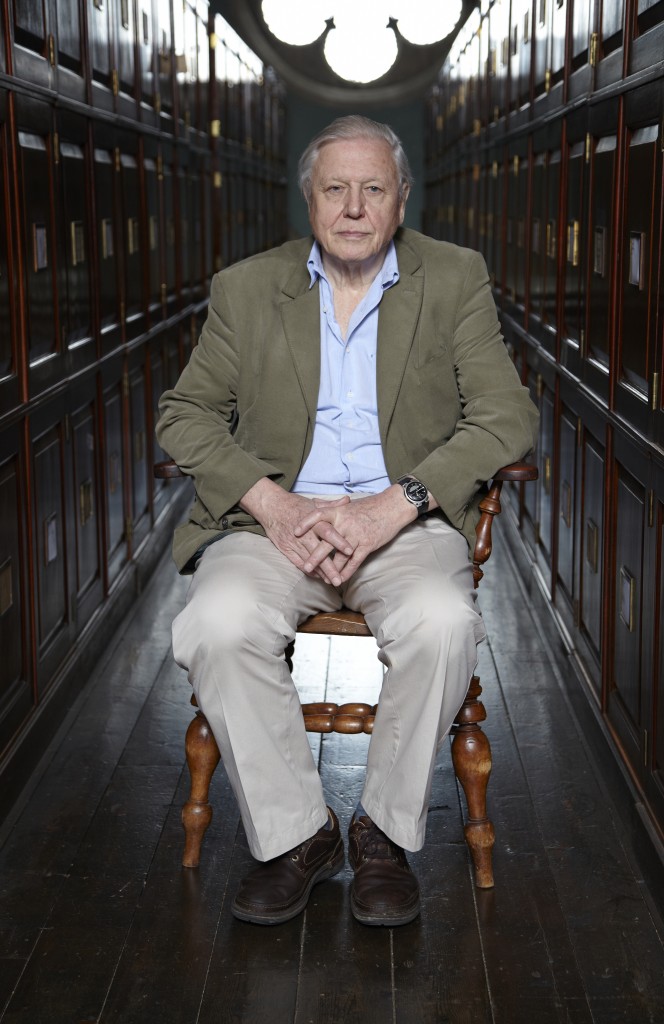 Sir David was born on May 8, 1926, in a suburb of London, and was the second of three boys born to a university principal and writer. His elder brother was the late Academy Award-winning actor and director Sir Richard Attenborough. Being brought up in the urban surroundings of suburban London, Sir David developed a surprising fascination with the natural world and by the age of seven he had assembled an impressive collection of bird eggs and fossils. In 1945, he won a scholarship to Clare College of Cambridge University from which he obtained a degree in natural sciences. Immediately after completing his studies in 1947, Attenborough was called to serve for two years in the Royal Navy. He had hopes to see the world with the Navy, but these hopes were dashed when he was posted to a ship in Wales.

Attenborough returned to London in 1947 and started working as an editor for an educational publisher. He then joined the BBC in 1952 and worked his way up to become a producer for the Talks department, now known as current affairs. This was the beginning of a career that would launch his name onto the front cover of international publications, and one day celebrate him as the godfather of Nature documentaries.

Sir David started out producing the quiz show Animal, Vegetable, Mineral? and then moved on to co-host a programme called The Pattern of Animals with naturalist Sir Julian Huxley. But Attenborough was dissatisfied with the format of these types of shows, often bringing animals out of their natural habitats and into the loud, mechanical environment of a television studio. To break out of this past tradition, in 1954 Attenborough launched a series titled Zoo Quest, which filmed animals not only in captivity, but also in the wild. This had the film crew travelling far and wide to capture images of the animals, to get the top shots on location. Zoo Quest established what are now the general standards for Nature documentaries, and would be a mere teaser of what was to come from Attenborough and his team.

Sir David had a brief spell away from the BBC, studying social anthropology at the London School of Economics in the early 1960s, before returning to control the newly-created BBC Two. While he pioneered such educational series as The Ascent of Man and Civilisation, he also memorably signed up Monty Python’s Flying Circus. In 1972, however, he resigned from his post at the BBC to follow his dreams into the wild.

Shortly after leaving the BBC, Attenborough both wrote and produced television series as a freelance broadcaster and established himself with a line of successful programmes, including Eastwards with Attenborough and Tribal Eye. His most notable success came in 1976, when the highly acclaimed Life on Earth was first aired. Never-before-seen footage of a live coelacanth, playful gorillas and groundbreaking camera techniques pushed Attenborough into the limelight, and established him as a household name in Britain and beyond. What followed was a string of successful television documentaries that cemented Attenborough as the king among Nature broadcasters.

Sir David has also been instrumental in bringing the world below the waves into our homes. The Blue Planet, which premiered in 2001, was described as the first-ever comprehensive series on the natural history of the world’s oceans, and each of the eight 50-minute episodes examined a different aspect of marine life. Featuring creatures and behaviour that had previously never been filmed, the series brought the attention of the ocean and its threats to the TV screens of millions of people worldwide. The series took almost five years to make and involved nearly 200 different filming locations, and over 400 days were invested in often unsuccessful filming trips. The tireless effort of Attenborough and his team to explore what inhabited the open ocean brought new sights to our screens and even new findings to science. His work for the natural world, both on and off the screen, has firmly established him as one of the pioneering naturalists of our age. 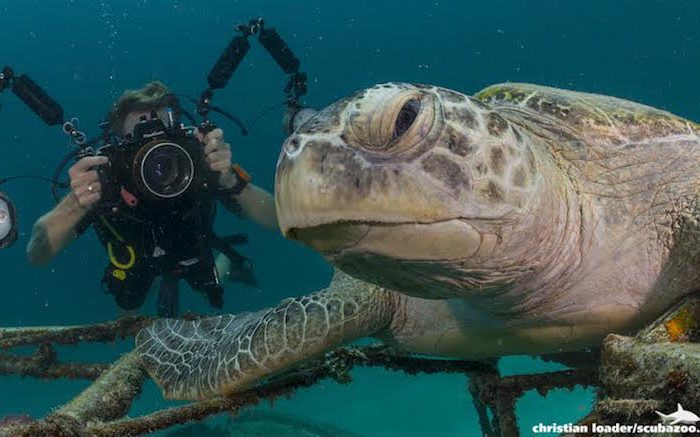 Becoming an Underwater Presenter: How Scubazoo Is Making Conservation Cool 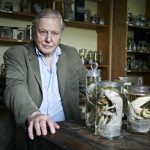