The Man Who Discovered the Impossible Coral Reef in the Amazon

With intrepid divers journeying to the most far-flung corners of the open ocean to uncover the next “untouched” coral reef, perhaps surprising many is the groundbreaking discovery of a colossal reef tucked away a little closer to the shores of South America. At the Brazil-French Guiana border, where the Amazon River washes away into the Atlantic Ocean, the muddy waters have been hiding one spectacular secret – an extensive reef system that stretches over 900 kilometres. Associate Professor at Rio de Janeiro Federal University Rodrigo Leão de Moura, who was the scientist who thought to look for the reefs on the expedition, discovered them much like in a fairy tale – following the breadcrumbs from scattered older scientific literature that would eventually lead him and his team to the underwater treasure.

UW360 was given the incredible opportunity to talk with Rodrigo on his experiences of discovering the reef, what organisms were found, and its future:

Can you describe how you discovered the reef?

There were some indications from older scientific literature accounting for massive sponges; fisheries landings data accounting for significant yields of snappers, groupers and lobsters; as well as a checklist of scattered museum specimens of corals. We assembled these pieces of information and narrowed our search area during two cruises, one with the US research ship Atlantis, and another with the Brazilian Navy oceanographic ship Cruzeiro do Sul (Southern Cross). Before trawling and dredging we did a detailed acoustic survey with multibeam and side-scan sonars, which revealed the structures that we sampled. 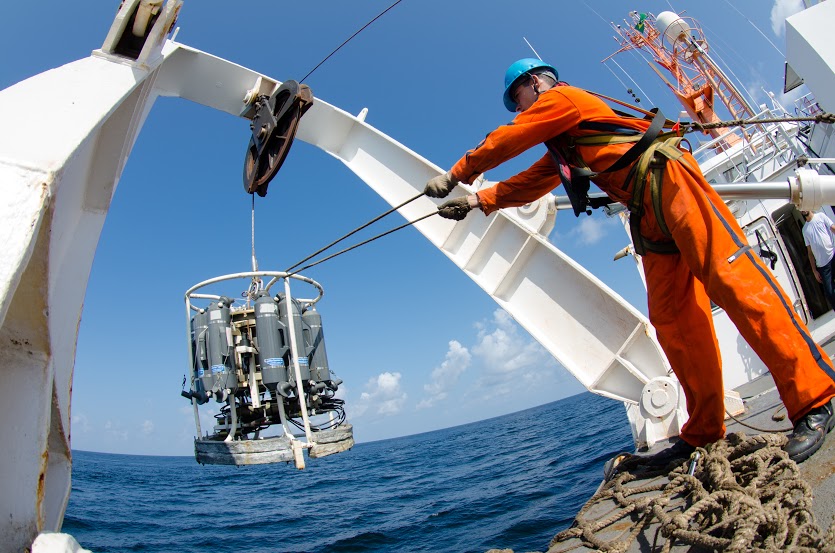 One of the main goals of the surveys was assessing the interaction between the highly stratified water column and the reefs. For this task, researchers launched sensors and bottles that recovered water samples from specific depths. 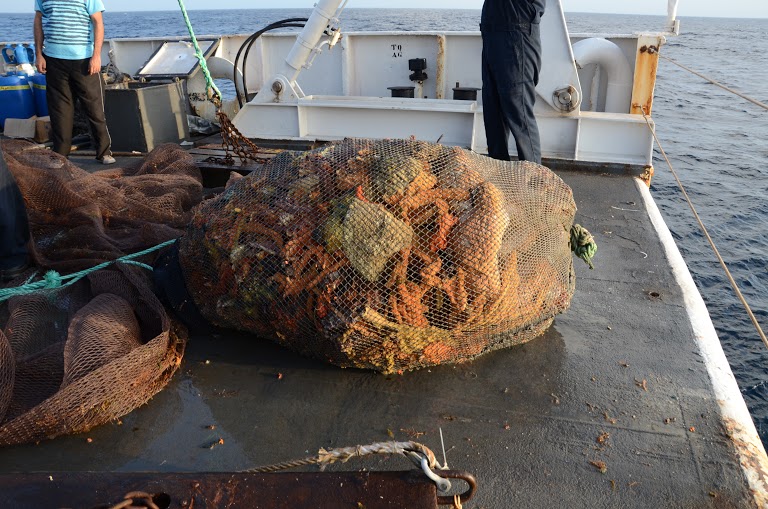 Fig A: Due to the harsh diving conditions, surveys were done with nets and dredges. These two images (Fig. A and Fig. B) show sponge specimens recovered with a trawl net and their initial sorting on the ship´s deck (Fig. B) before being sent for identification and genetic-chemical screening by specialised laboratories.

Representing a whopping 20 percent of the globe’s river discharge to the ocean, the Amazon River is an extremely muddy place, can you describe the underwater visibility in the reef’s location?

Along a significant part of the region the bottom is nearly dark, with less than one percent of the surface sunlight reaching the bottom. However, most sediments settle near the shore and to the north of the river mouth, due to the northwest-flowing North Brazil Current. Therefore, in the central and southern parts of the region, the water is clearer, especially during the second semester. It is also worth mentioning that the turbid water from the river is less saline, and therefore lighter than seawater. So, turbidity is intense only in the upper 10–20 metres, acting like dense cloud cover that blocks sunlight. The water beneath is as saline as the adjacent open ocean.

What about the other conditions? Are there currents? How deep is the reef?

Currents are intense due to the macro tidal regime of the Amazon coast. This means that tides vary up to six metres! The reef is located in the outer shelf, in depths between 50 and 150 metres.

What is the condition of the reef?

The reef varies from a dead carbonate framework in the north sector, where sedimentation is more intense, to a living reef built mainly by calcareous algae in the south. [Historically] reef growth was higher during the period of “low stand” sea level, when the river flowed through a narrow channel across the shelf and drained fresh water and sediments directly to the slope. As the sea level rose after the last Ice Age, during the Holocene (the last 11,000 years), reef growth was turned off in the northern part of the region, but kept pace in the central and southern sectors.

What species did you find down there?

There are thousands of species on the reef, but the large sponges are the most remarkable critters. These gigantic and colourful sponges, hundreds of kilograms each, take advantage of the low light and high-nutrient levels, and dominate the bottom. 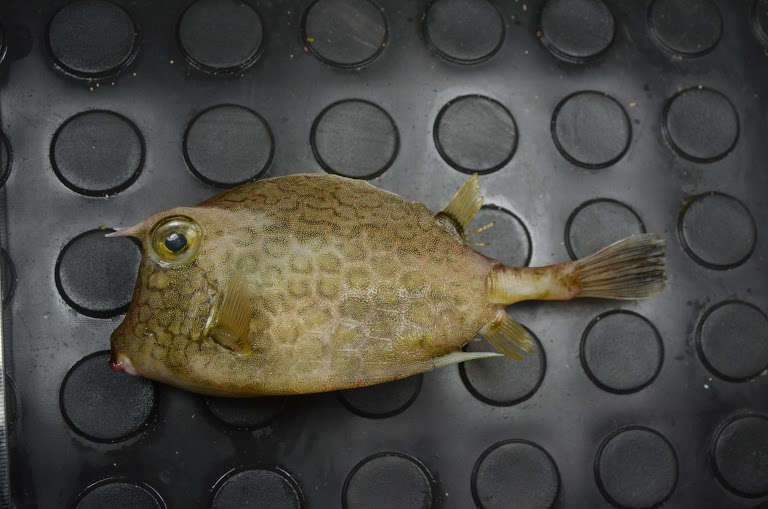 A diverse reef-associated fauna of fishes and crustaceans dwells under the turbid and hypossaline plume that forms offshore of the world’s largest river. Images show a hermit crab (below) and a honeycomb cowfish (above). 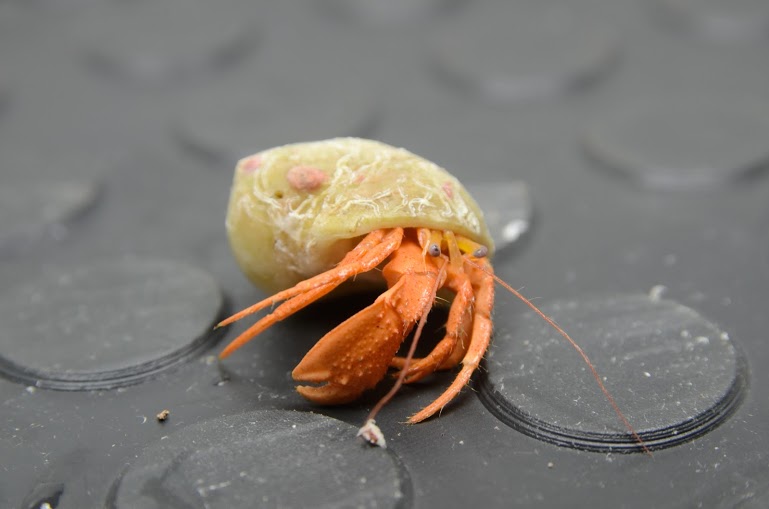 How much coral cover is there? What is the reef’s substrate composed of, if not stony coral?

Coral cover is limited and the reef is built mainly by coralline (or calcareous) algae. These algae build a hard carbonate framework that is similar to coral skeletons, but are a different mineral form of calcium carbonate, and are less sensitive to low light levels. The coralline algae bear red pigments that are able to capture light frequencies closer to the blue spectrum, and that is the reason why they dominate deep reefs, or reefs under strong sedimentation. Advanced divers are familiar with the bluish environment of deeper reefs.

Are you currently investigating any of the specimens collected? Are there any species or variants in particular that have you excited?

Sure. Among sponges there are several new species that are currently under investigation. Sponges are also interesting for being chemically defended, meaning that they harbour substances with a great potential for drug development. Indeed, there are already antiviral drugs that came from sponges.

Are there any immediate threats or concerns for the reef’s future?

There is an increasing threat from the oil and gas industry, and fisheries are largely uncontrolled. The region is challenging for the engineers that are concerned with drilling, due to its very particular dynamics: deep waters, unstable sediments and slope, strong currents and macro tides. Our work suggests that additional care must be taken to avoid reef destruction and oil spills. Brazil’s response capabilities to a large-scale oil spill are very limited.

Is there a chance that we might discover any new species down there?

Absolutely! There are several new species being described. 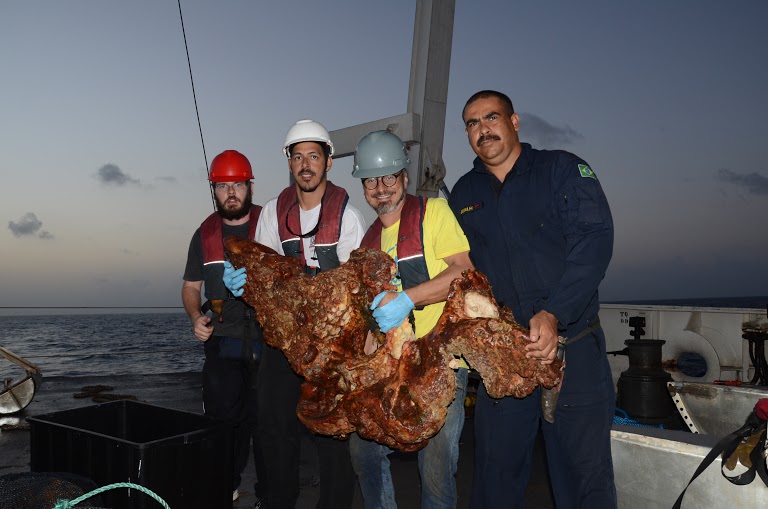 The sponges recovered off the Amazon River mouth may weight hundreds of kilograms, such as this leathery barrel sponge, Geodia neptuni.

Fig. B: Sponge specimens recovered with a trawl net and their initial sorting on the ship’s deck, before being sent for identification and genetic-chemical screening by specialised laboratories.

Is it like any reef you’ve seen before? Comparable to other reefs you have dived?

The Amazon reefs are completely different from most reefs, from the biological communities that thrive in the bottom to the microbes that dwell in the water column.

Any future plans to further explore the reef?

We are currently planning an observation expedition with a remote operated vehicle and rebreather dives. The logistics for such an expedition are quite complex and depends on defining the perfect spots and timing to ensure divers’ and equipment safety. There are technological challenges too, such as getting imagery under very limited visibility. We are contacting potential partners to overcome such barriers and will already be back in the region this year, to set up the logistics for the 2017 observation expedition. Underwater imagery from the reefs will appear only after that.

What do you think is the most significant value of this discovery? How does this alter what we know about the oceans and marine environments?

Our research shows that there are still major ocean realms to be discovered and described, even in the relatively shallow continental shelves. It also evidences that there are more exceptions to the rules than we might expect: We found a large reef system where textbooks said there shouldn’t be reefs. Basic research, such as habitat mapping, is still much needed in oceanography!

In your personal opinion, if treated sustainably and protected, could this become a newfound dive haven?

I think that the Amazon reefs will remain limited to technical and scientific divers, due to the harsh diving conditions. 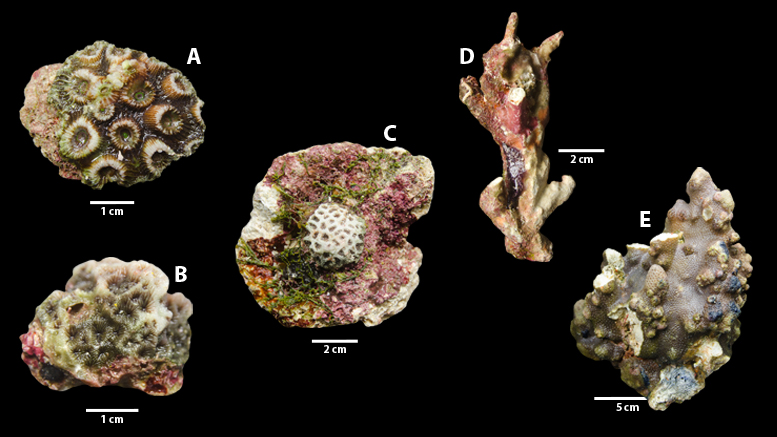 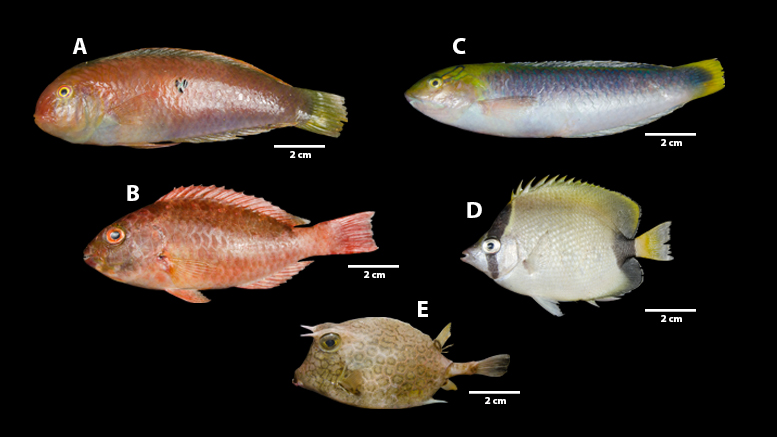 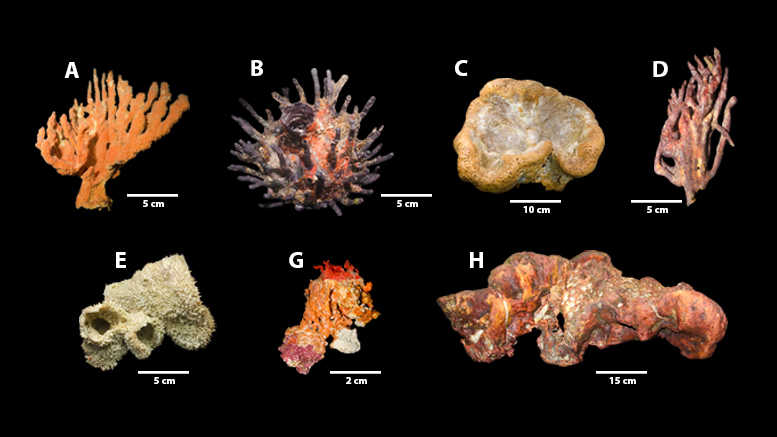 Rodrigo and his team are currently seeking partners to carry out an observation expedition in 2017. Visit www.abrolhos.org  or www.mouralab.com for more information. 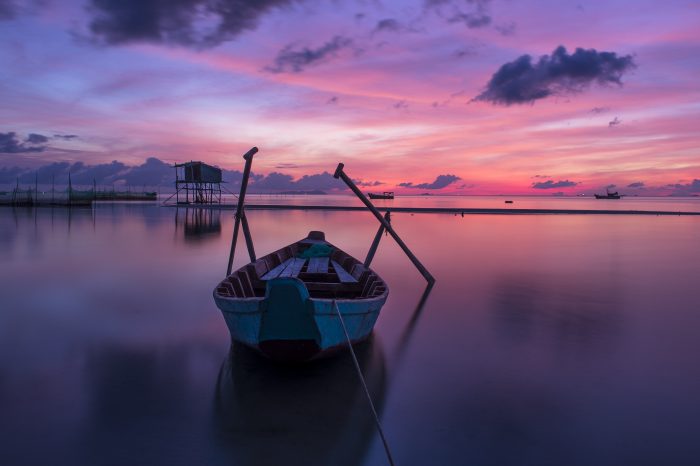 What to Look Out For When Choosing a Dive Destination 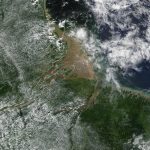 The Man Who Discovered the Impossible Coral Reef in the Amazon