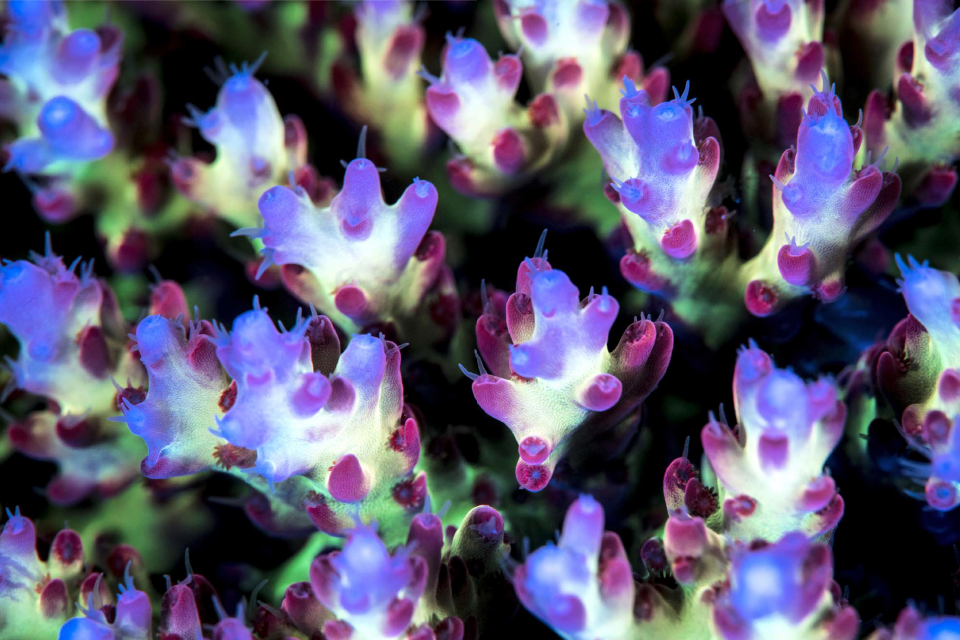 The underwater world is renowned for playing host to the most colourful ecosystems on the planet, but there are some dive sites so vibrantly vivid, they prove that you really don’t need anything more than a scuba set up to take a Technicolor trip…

Text and image by Todd Winner 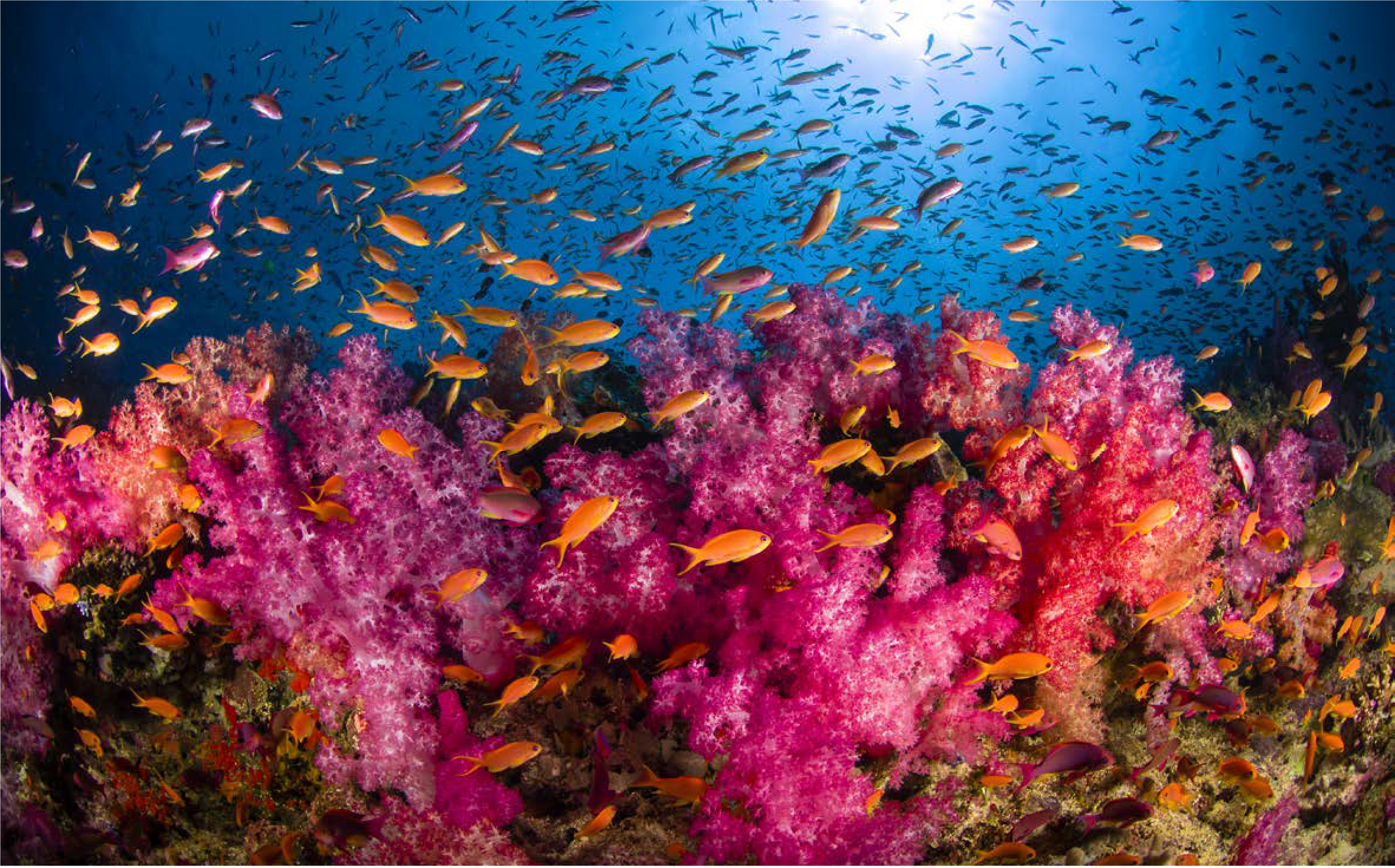 FIJI IS KNOWN AS the soft coral capital of the world and after a dive at the Bligh water site, “E6,” you’ll know why! The Bligh waters, named after Captain Bligh of the Bounty, are a nutrient-rich stretch of water between the islands of Vanua Levu and Viti Levu. E6 is a pinnacle that rises from 900 metres to less than a meter from the surface. It is typically accessed from liveaboards but also visited by a few of the day boats from the local resorts.

The site gets its name from the good old days of film and all the E6 slide film that was shot there. E6 is covered in soft and hard corals of every shade. Large schools of pelagic fish are not uncommon and colourful fish can be seen darting in and out of the reef. There is a swim-through in the middle of the site called The Cathedrals that is home to huge gorgonian fans that make fantastic wide-angle subjects. E6 is best dived by advanced divers because of strong currents and the potential to get too deep without proper buoyancy skills, but with the right training, it’s a colourful site not to be missed. 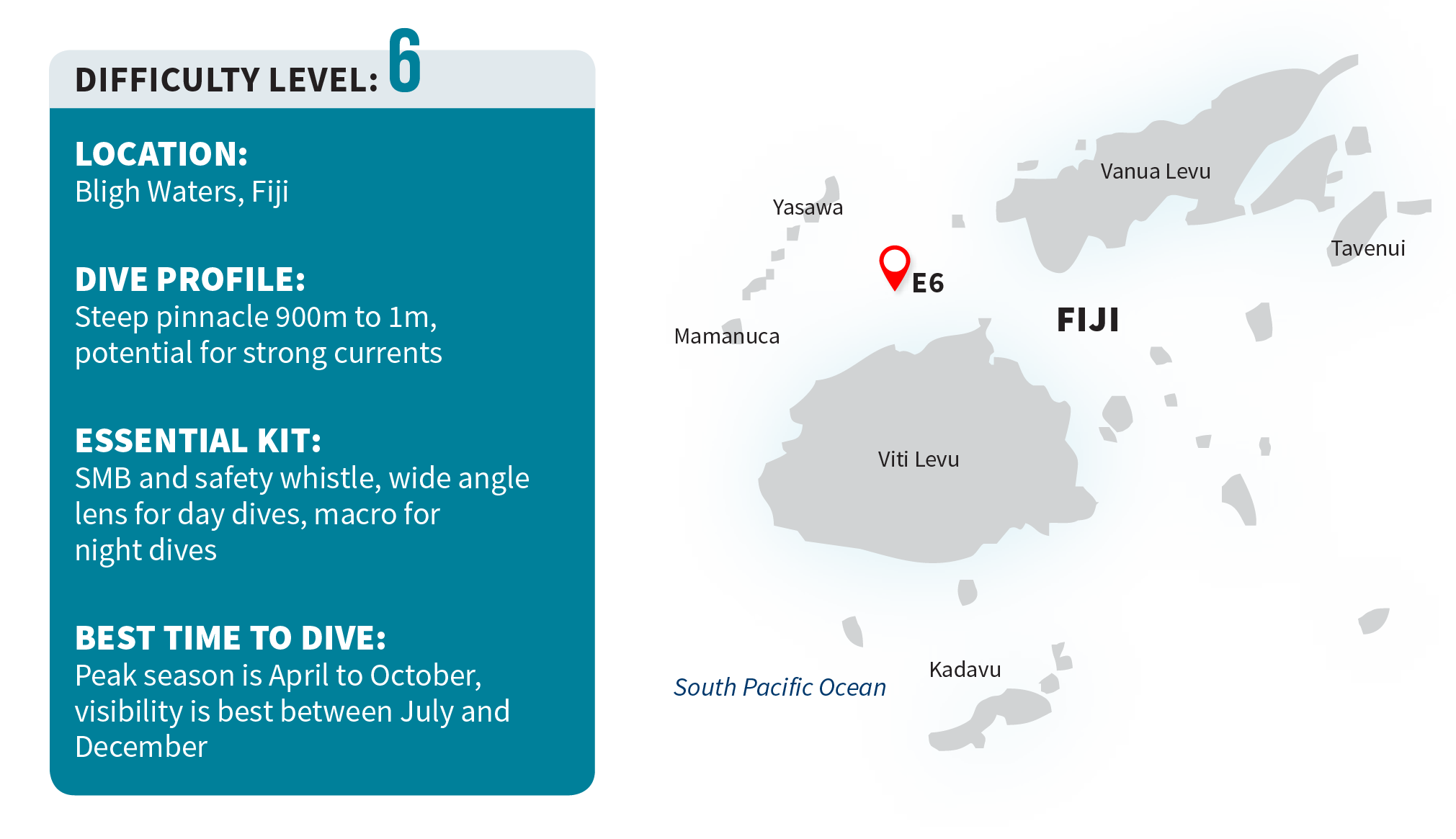 Text and image by Al Hornsby 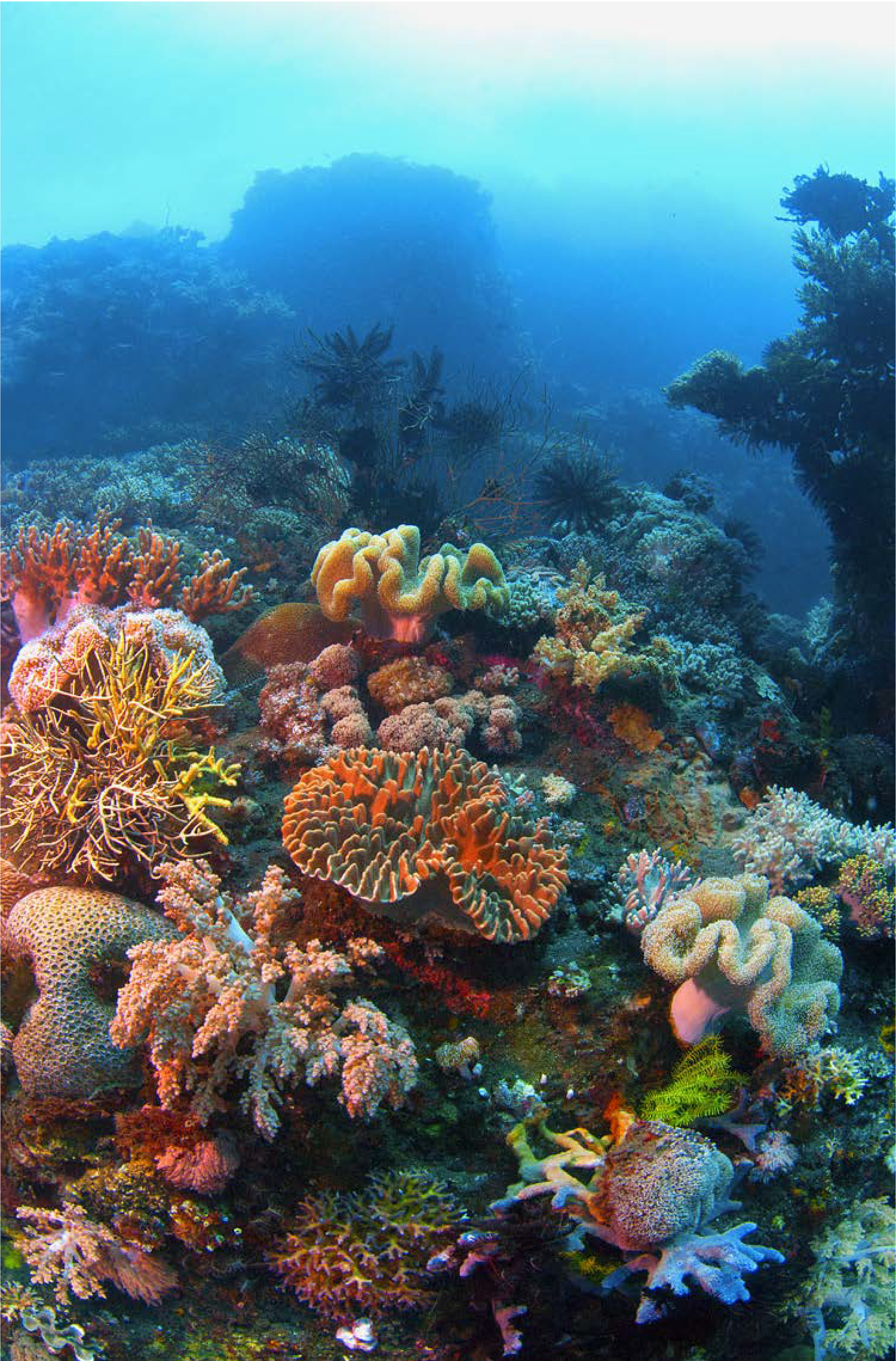 AT THE BASE of Sangeang Volcano, Indonesia, a remarkable dive site known as Hot Rocks sits just a few metres offshore. The beach’s black volcanic sand hints at the composition of the seafloor. The moment you slip in, you find the “hint” woefully inadequate, as you drop onto an incredible, unfathomable panorama – as far as you can see, a dark, tumbling plain stretches away in every direction. Large volcanic boulders lie jumbled about, each one covered and overgrown in a riot of twisting, swaying soft corals, crinoids, gorgonians, black coral bushes and wire corals of every hue in Nature’s arsenal. Anthias, butterflyfish, sweetlips, angelfish and schools of yellowfin surgeonfish and golden-lined snappers hover like painted motes, and streams of bubbles – escaping hot volcanic gas – twinkle in the sun as they trickle upward from the bottom. The overall scene is inexplicable – a surreal grey moonscape splashed in a kaleidoscope of every brilliant colour imaginable.

Text and image by Al Hornsby 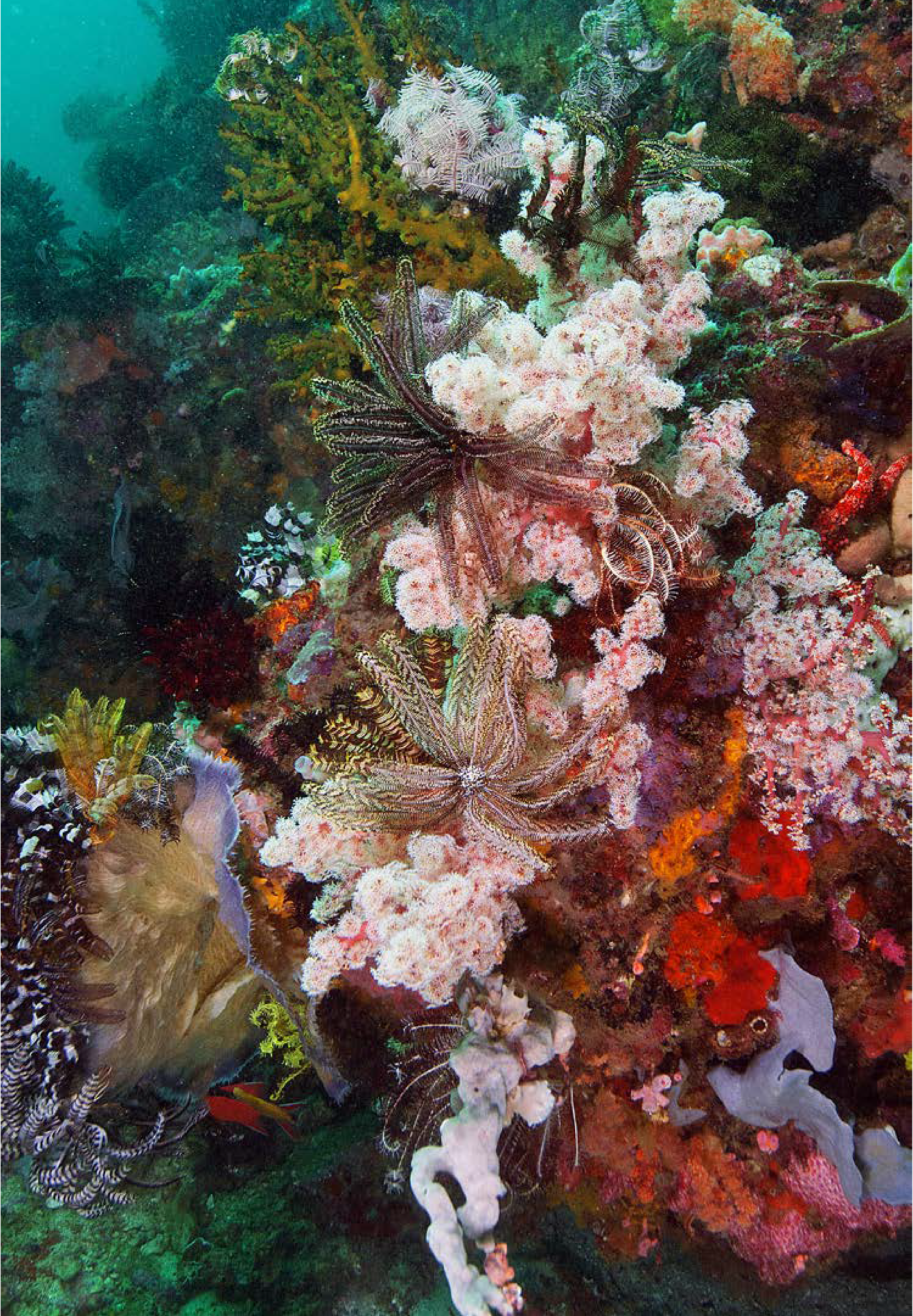 IN THE COOL, nutrient-rich waters of South Komodo, Indonesia, is a unique dive site that, in this divers’ experience, may actually qualify as one of the single-most colourful places on the planet. Unimposing topside, just a wave-washed bit of rock breaking the surface of a channel’s greenish water, underwater, Cannibal is an extravagant surprise of Nature – a huge, rock pinnacle utterly buried under a layer, a metre or two thick, of the most exotic, outrageously-coloured life imaginable.

Huge, purple gorgonian fans, dark green stands of Micrantha corals, lime-green sea whips, spiral corals, soft corals of seemingly every colour of the palette, and thousands of rainbow-hued crinoids are just the beginning, for much of the effect is created by the combined mosaic of vibrant, small life crammed into every possible space – yellow and white miniata sea cucumbers, brilliantly coloured sea apples, zebra fire urchins and so much more. And, did I mention the haze of schooling fish swirling over everything…? 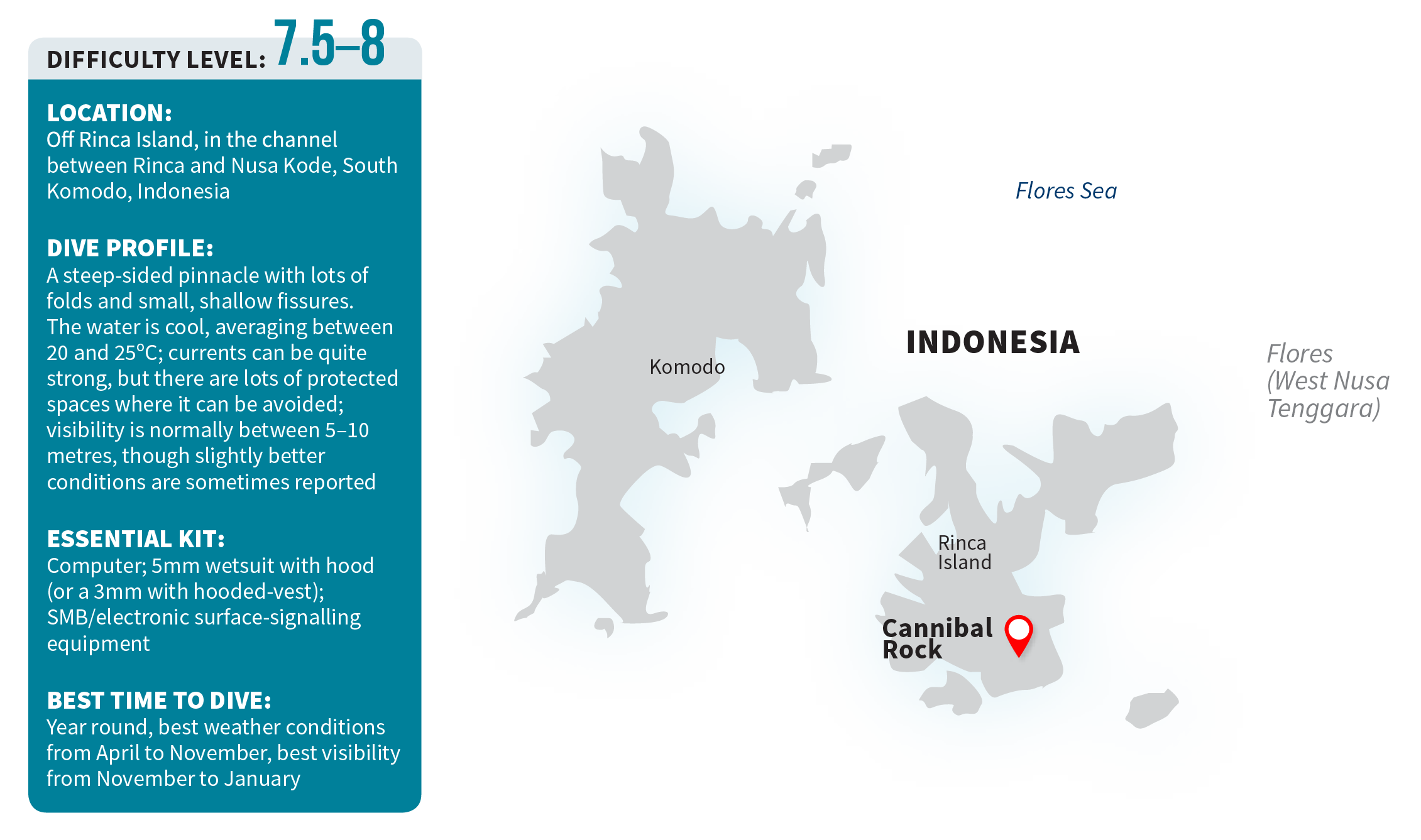 Text and image by Brandi Mueller 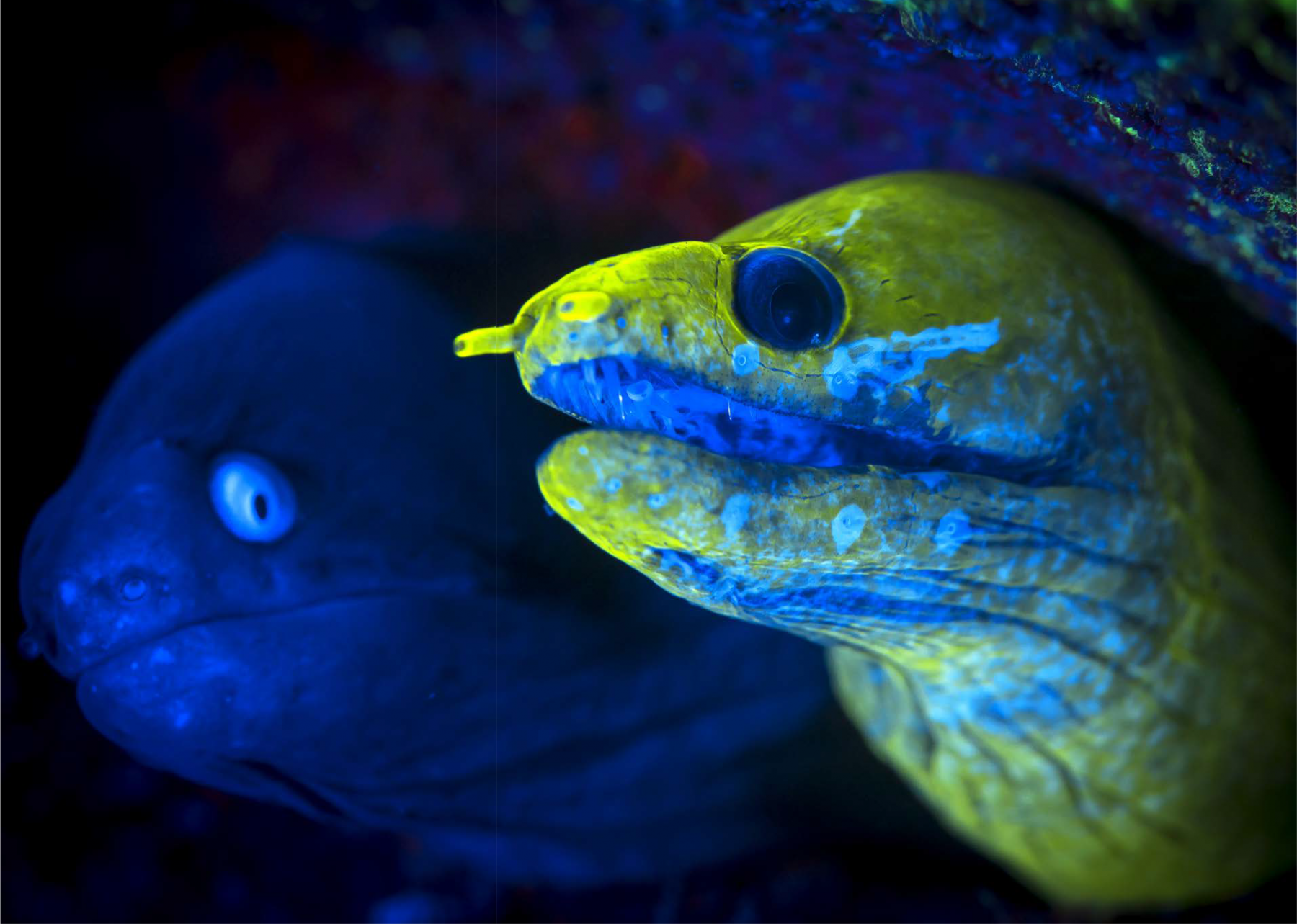 FOR A UNIQUE UNDERWATER colour experience, fluorescence night diving is the way to go. Using blue or ultraviolet light and yellow barrier filters, divers can see the fluorescence of the ocean. Many corals fluoresce and some species of fish, nudibranchs, shells, crabs, and recently even a turtle was found to fluoresce!

Atlantis Dumaguete Resort’s house reef, which is known for the abundance and variety of muck critters, had turned to neon green, yellow, red, and orange. Swimming through what felt like a neon video game it was so interesting seeing what would fluoresce and what wouldn’t. Sometimes only one of two of the same species of coral sitting side by side would fluoresce and my favourite part of one night dive was seeing something very bright neon green and on closer inspection, it turned out to be an eel! Fluorescence night dives are a way to see a whole new set of colours underwater. 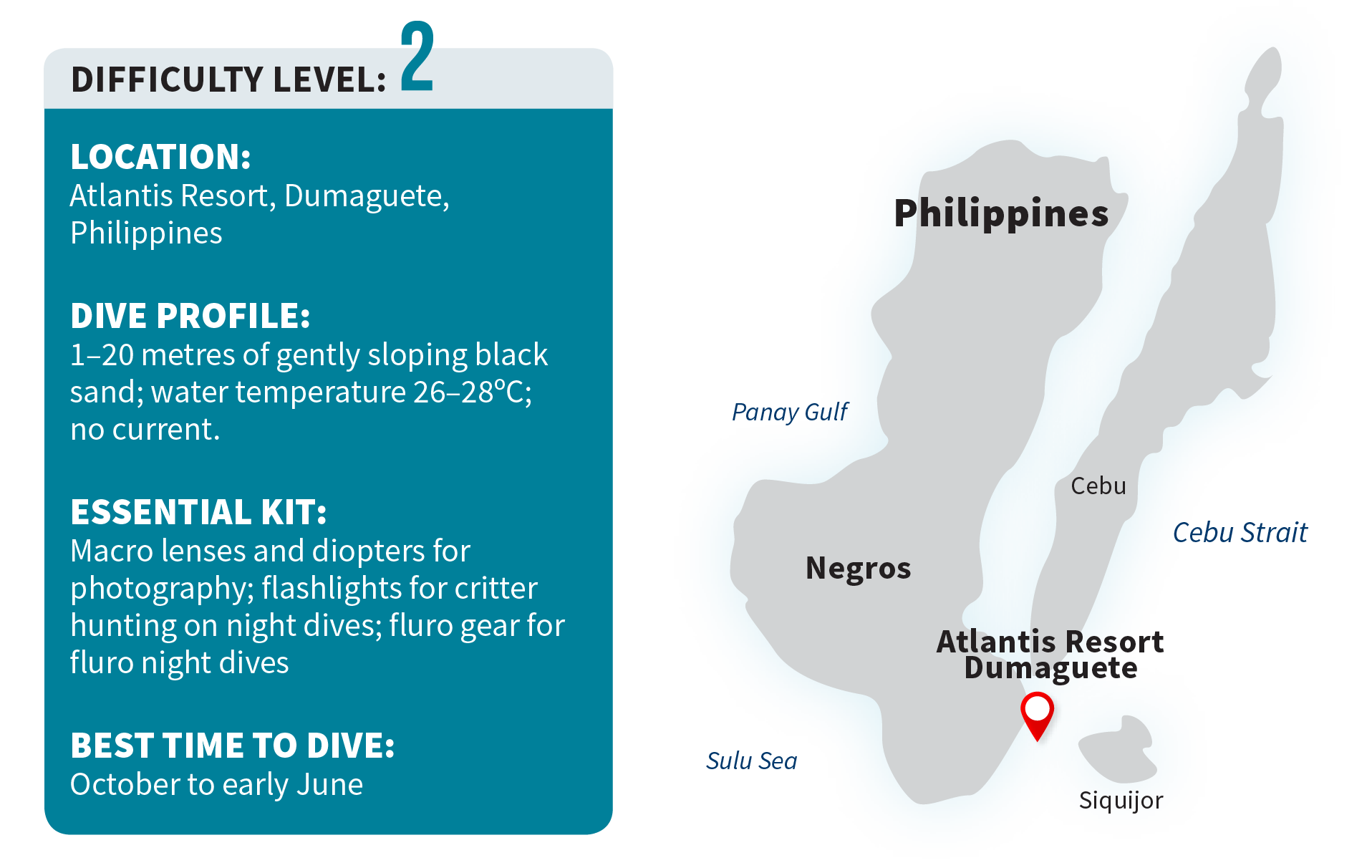 For the rest of this article and other stories, download a digital copy of Asian Diver No. 140 Issue 1/2016 here! 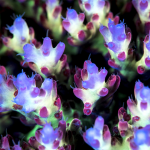