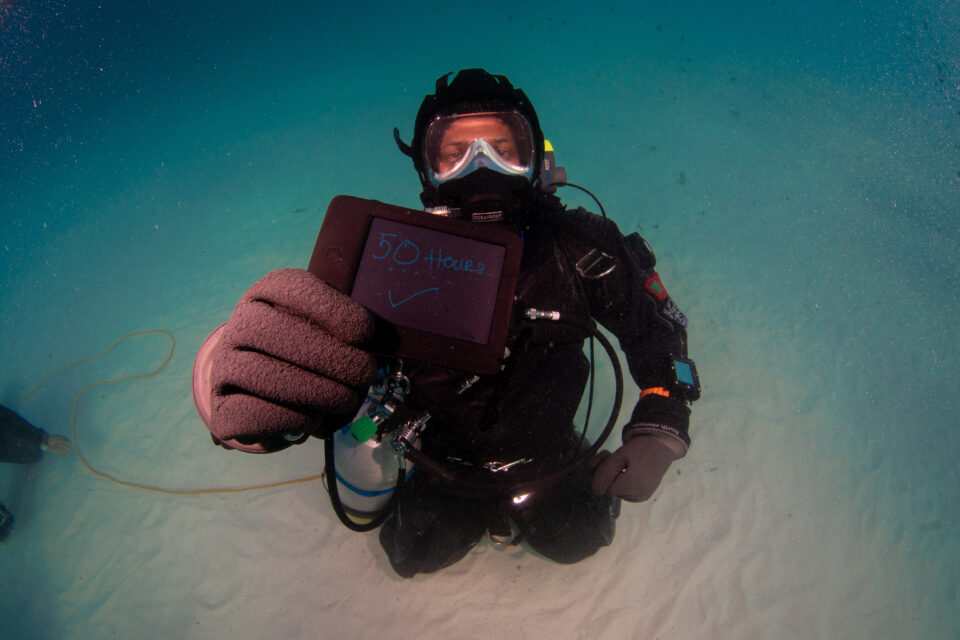 It all started in 2016 after I did a dive event called Dive48, where I had a team of divers diving every hour in the same location for 48 hours. After that event, I planned to do a 24-hour dive just by myself but I couldn’t get the support I needed and it was delayed. Then last year, the Minister of Tourism of Maldives announced that 2022 was the 50th Anniversary of Tourism in the Maldives. That got me thinking: Why not do a 50-hour dive?

It took a lot of planning, logistics, and a good team to pull this dive of. Plus, I had a great team of divers and an event management team supporting me.

I was really nervous on the day of the dive. A lot of things were going through my head – a lot of “what ifs”. But one thing that I worried the most about was if Ben Reymenants would be able to make it on time, as he was the one who handled the gas management plan and emergency plans. I was relieved when I got the news that Ben was on the way to the location and he made it almost one hour before jump time! 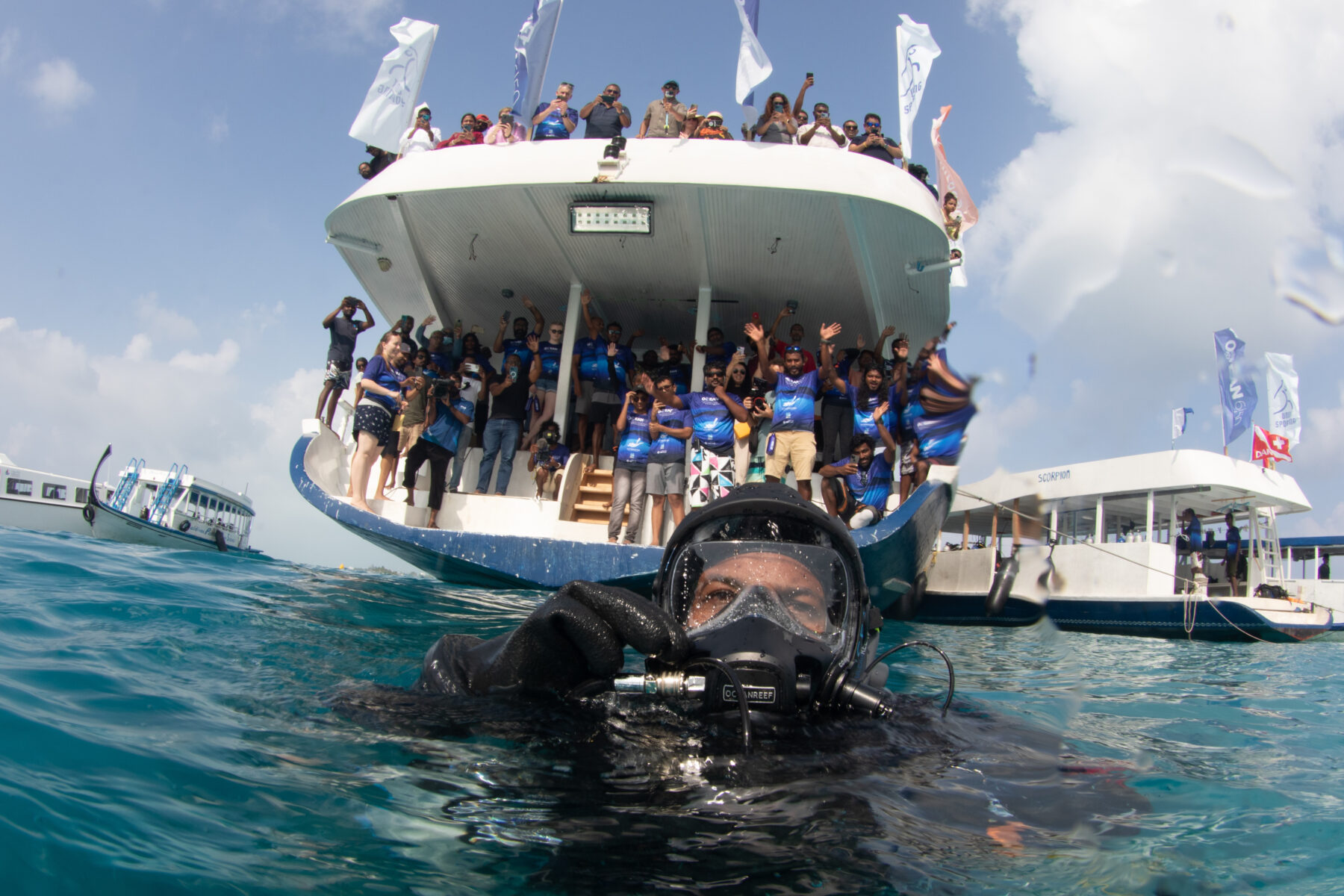 Shaff and his crew moments before he took the plunge!

I descended at 3:30pm and already started facing problems. My buoyancy was not ideal and I had some issues with my full face mask. But that was sorted out underwater in under 20 minutes by my team.

Around 10:30pm, negative thoughts took over my mind. “What the hell am I doing?” “I can just stop this crazy dive, go up, and say it’s over.” With these thoughts running through my mind, it was difficult to switch to a positive mindset but I did – I got it under control and pressed on. I didn’t want to let down my team and all the people who had worked hard for me to achieve this dive.

On the morning of the second day, another problem arose. The hood had cut into my neck and it was excruciating. To make things worse, the neck seal of the drysuit started leaking. Water was seeping in slowly and by around 9:30am, all my thermal undergarments were wet. I didn’t feel cold until an hour before it was time to ascend. I got my mind of the cold somehow. I had two members of my team always with me and I had my two sons join me for a while as well underwater.

After two days underwater, it was time to go up to the surface. I was very emotional when I ascended to the surface, surrounded by my hardworking team. 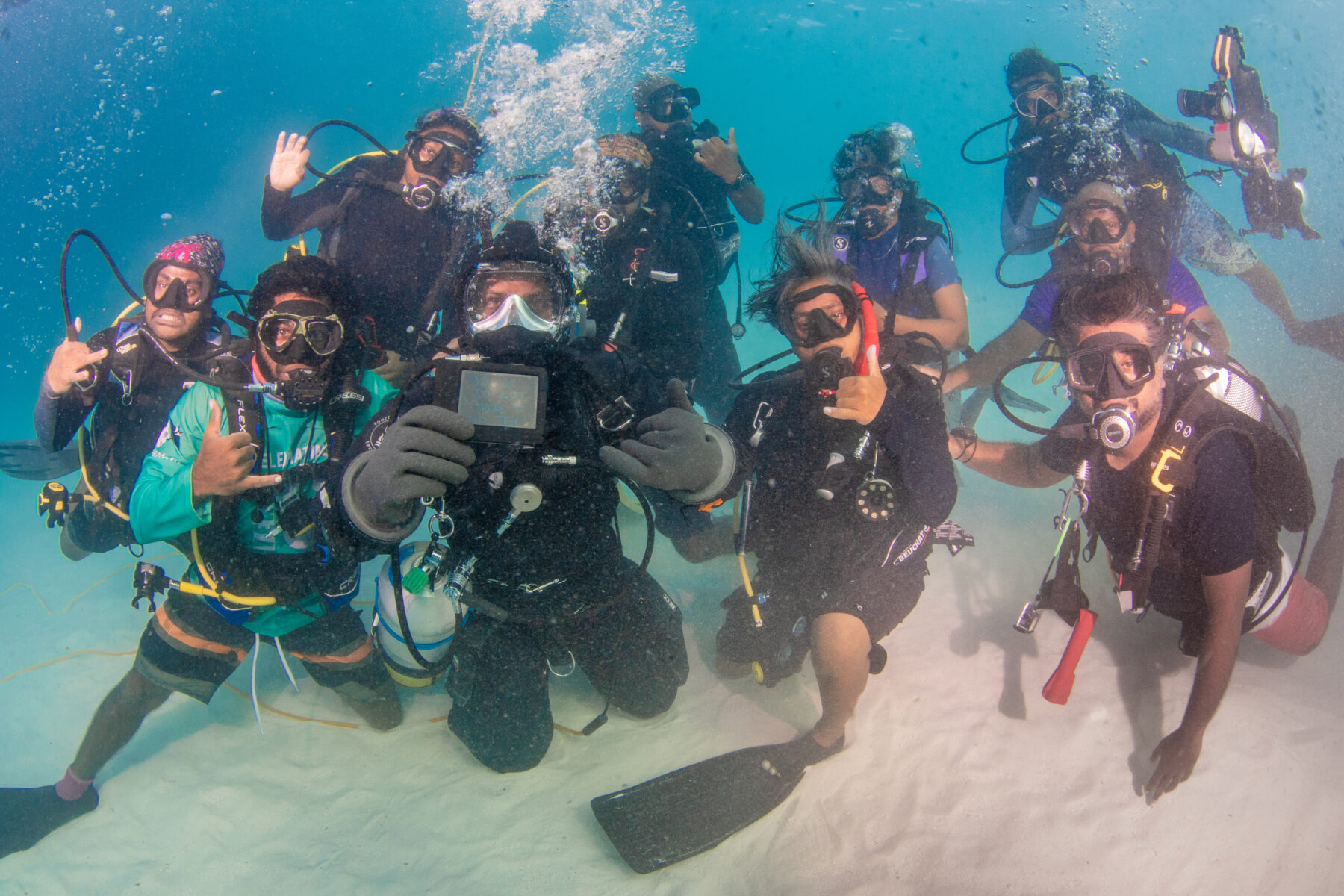 Seeing all the people waving and supporting me when I popped my head out of the water was unbelievable. I will never forget that feeling. The best feeling of them all was when my wife and two sons were hugging me when I walked onto the support vessel.

I couldn’t have accomplished the 50-hour dive without the help and support of my team. If I do another crazy dive like this, I will definitely call on the same team. SDAA

Shaff Naeem is an ex-military dive instructor with more than 25 years of experience in the diving industry, now based in the Maldives. He has trained hundreds of divers and instructors and also divers from the Maldivian Coast Guard, Special Forces, and Marines. Shaff has explored different deep cave systems and reefs in the Maldives and instrumental in is a published underwater photographer. 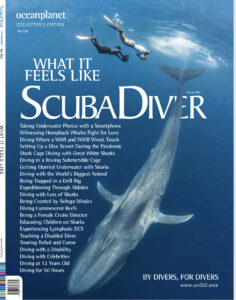 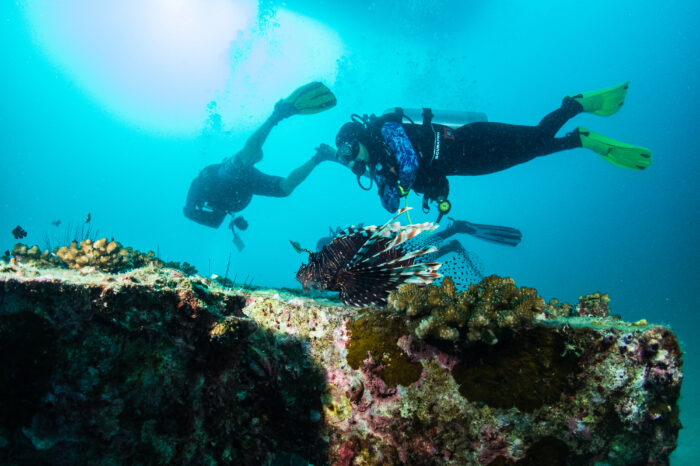 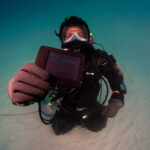