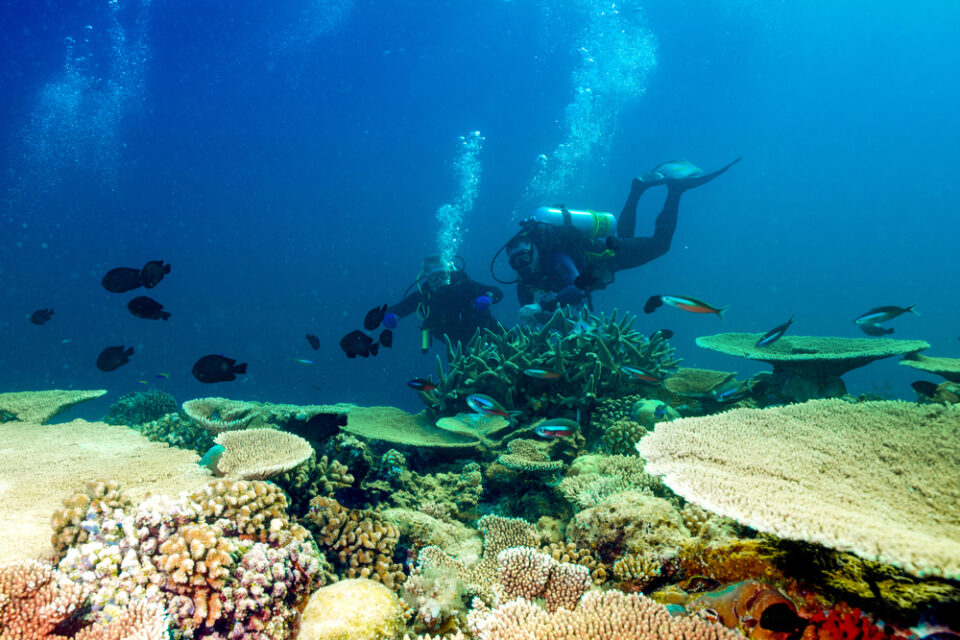 The Maldives is an archipelagic nation located in the Indian Ocean that stretches across the equator from Ihavandhippolhu Atoll in the north to Addu Atoll in the south. The island country has 26 paradisiacal atolls that promise dreamy white sand beaches, while its nutrient-rich waters are home to about three percent of the planet’s coral reefs.

Join us as we bring you through different dive destinations around Maldives and be fascinated by the marine life and diving experiences that the dive spots have to offer!

In this article, let us introduce Ari Atoll as an ideal dive destination for all! Located to the west of Malé, Ari Atoll is famous for its superb diving and pelagic experiences. The nutrient-rich water that flows out to the open sea through large channels between the North and South Ari Atolls attracts magnificent marine species such as mantas and whale sharks. 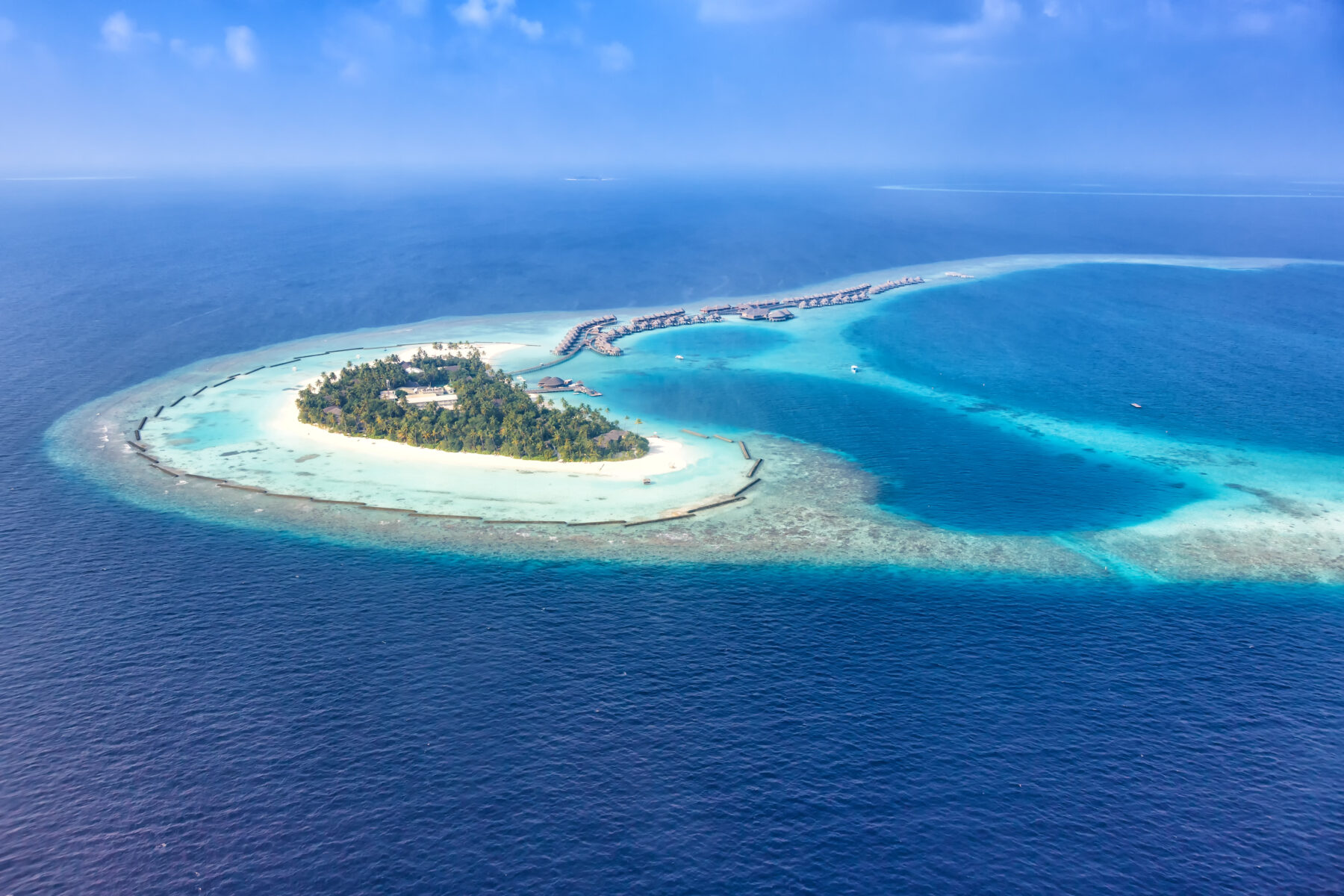 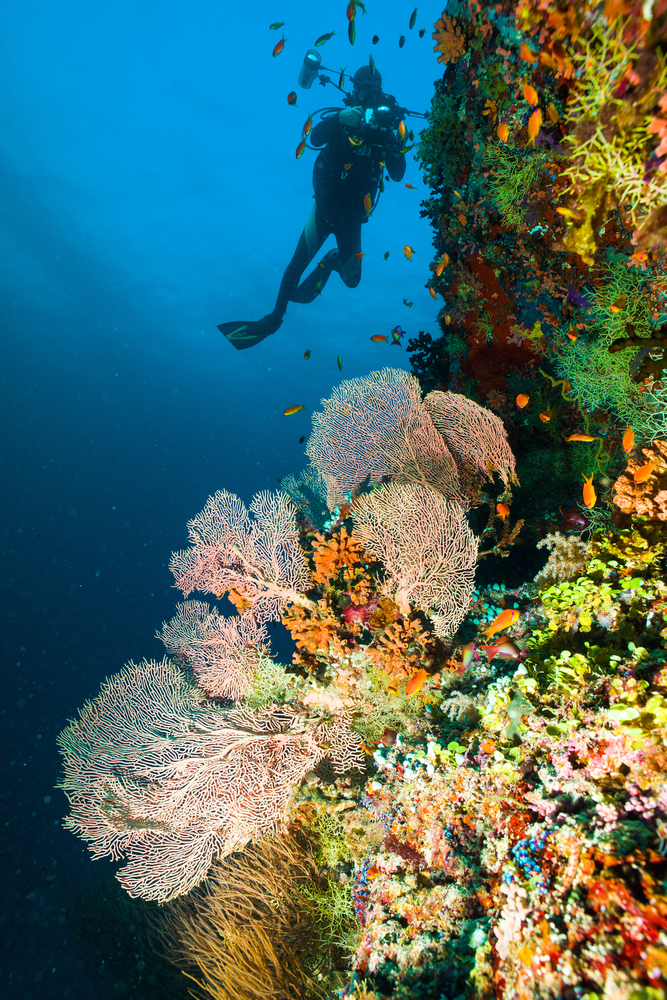 Esteemed as a must-go for pelagic lovers and as one of the world’s best place to dive, the bustling Maaya Thila offers plenty to see and photograph, from nudibranchs, frogfishes and octopuses to schools of hungry trevally, patrolling grey and whitetip reef sharks, squadrons of eagle rays, and even elusive hammerhead sharks cruising through the blue.

Mushimas Migili Thila, also known as Fish Head, is another highlight of Ari Atoll. The 80-metre-wide square-shaped reef is interspersed with overhangs, ledges and caves filled with coral bushes and impressive sea fans. Look out for sharks, schools of fusiliers and giant trevally, and Napoleon wrasses.

In the shallow, protected waters of Fasdhoo Lagoon, you’ll find a small population of manta rays that congregate beneath the lights of liveaboards at night. Hover above the sand as the mantas swoop and barrel-roll and if you’re really lucky, you might witness the mantas performing their amazing cyclone feeding behaviour. 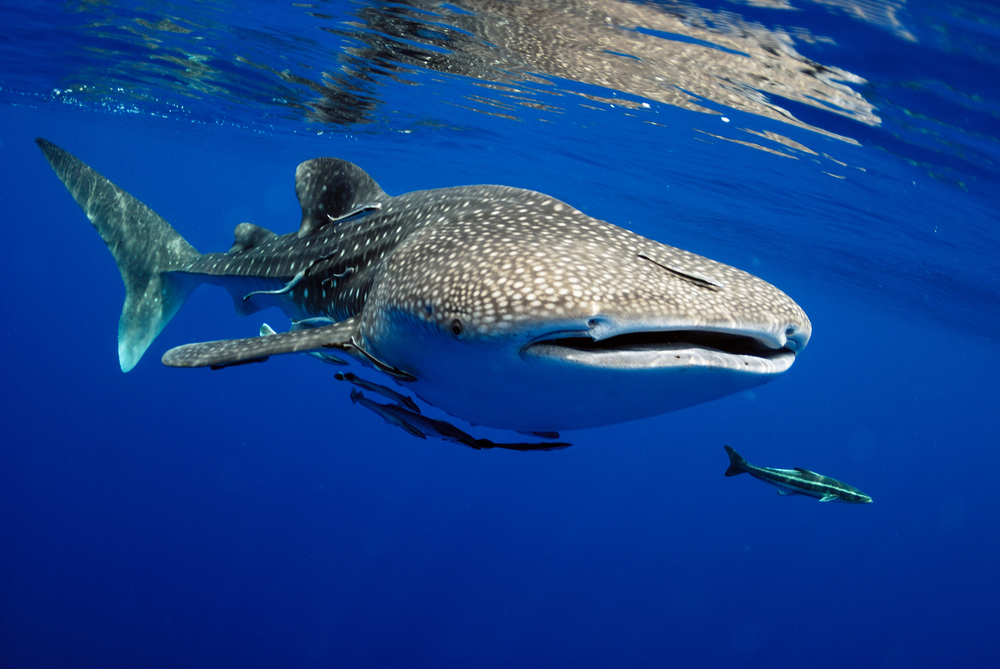 Whale sharks, which can be spotted at South Ari Atoll

If you want to see the ocean’s biggest fish, South Ari Atoll’s Maamigili Reef is one of the world’s few places where whale shark encounters are possible almost any day of the year. They tend to head to the west side during the northeast monsoon (December to April) and then move over to the east during the southwest monsoon (May to November), but wherever they are, you’ll be mesmerised by these gentle giants as they cruise and feed along the reef.

Macro enthusiasts are encouraged to explore the Machchafushi Wreck, otherwise known as the Kudhimaa shipwreck, which was intentionally sunk in 1998.

How to get to Ari Atoll: From Velana International Airport, take either a 30-minute seaplane flight or an hour’s speedboat ride to North Ari Atoll. The local ferry service is another option but it takes around six hours.

With a wide diversity of marine life and scenic beaches at Ari Atoll, your diving experience at the Maldives is certainly going to be a fun-filled and satisfying one! If you are interested in embarking on a dive expedition in the Maldives, be sure to consider joining ADEX Maldives Retreat taking place on 18-23 October 2022! For more information, visit www.adex.asia/adex-back2blue-maldives-retreat/! To read up more about Maldives as a dive destination, do head over to shop.asiangeo.com/product/asian-diver-issue-04-2021-no-159/ to get a copy of Asian Diver No.159! 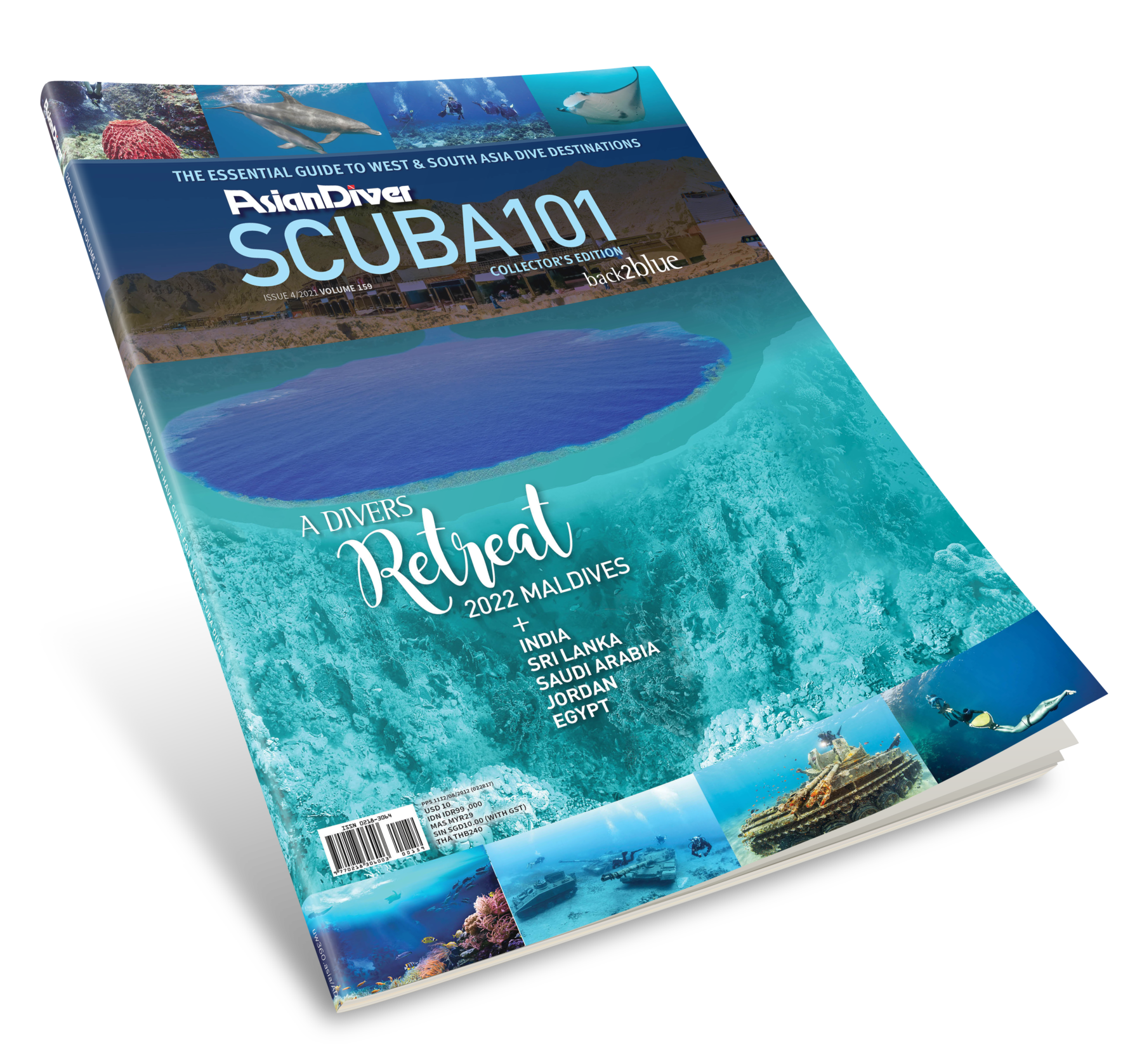 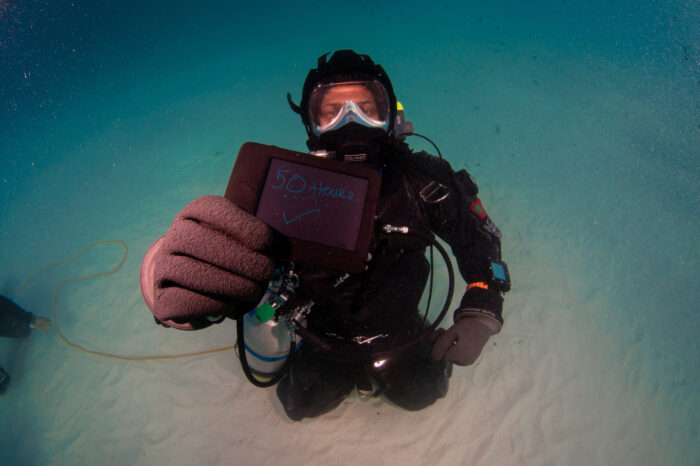 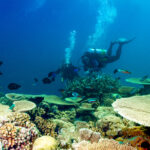