The bustling coral seascape appears a very different world for a fish—less colourful than that which we humans see, and for good reason. We bring you eight incredible facts about fish eyes:

Some can detect ultraviolet light 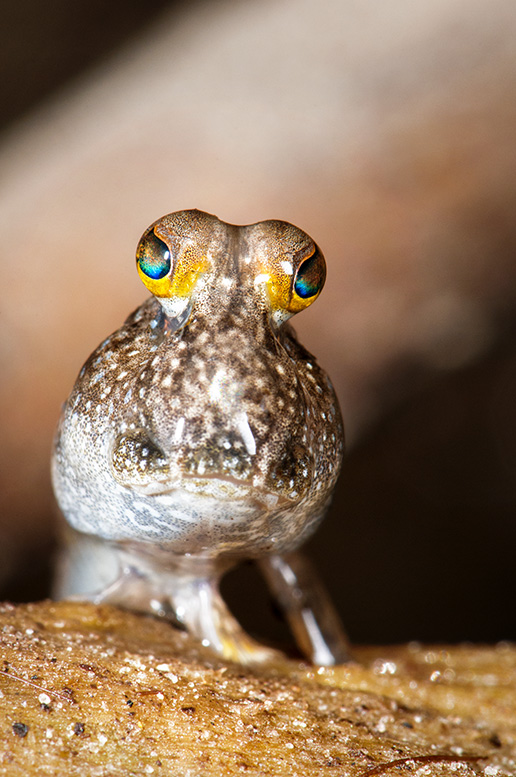 At least 100 species from 26 fish families can detect ultraviolet (UV) light. Several species are adorned with colours and patterns that reflect UV and can only be seen by fish equipped with eyes possessing the necessary light-sensitive pigments. Some examples are threadfin butterflyfish, Chaetodon auriga (on its dorsal fin-edge) and coral grouper, Plectropomus leopardus (markings on the flank).

Colour vision allows them to communicate

Colouration and colour vision help fish communicate with competitors, allies and mates, hide from predators, and search for prey. UV vision is thought to enhance these functions further by:

(a) detecting predators and prey, since objects appear in much higher contrast against their backgrounds when seen in UV
(b) identifying others of the same species (two-stripe damselfish, Dascyllus reticulatus)
(c) coordinating with neighbours while schooling (green chromis, Chromis virdis)

Like in most vertebrates, a fish eye contains light-sensitive visual pigments. Each pigment absorbs a different wavelength from the spectrum, allowing the beholder to perceive different colours.

They change with the times

Depending on which wavelengths of light are able to penetrate through the water, light determines to a significant degree what colours fish can see and how their own colours look to the eyes of their neighbours. For example, moving from coastal waters to further offshore, the retinal pigments of snappers turn from being green sensitive to blue sensitive, a change reflecting how the colour of water changes across these parts of the ocean.

It matters where they live

Coral reefs occur in shallow seas where most wavelengths still penetrate and here fishes see a relatively wider range of colours from the visible spectrum (compared to deep-sea fish), including ultraviolet (UV), which the human eye cannot.

To them, a coral reef is more minimalism than colourful post-modernism

Humans tend to see more of the long-wavelength colours (reds, oranges and yellows) while missing the different hues of blue, while fishes pick up more easily on the latter. A coral reef may therefore not appear as vibrant to a fish as it does to us. In fact, to the eyes of a fish, yellow is perhaps an effective colour to camouflage with. For example, some fish like the regal angelfish are coloured in closely spaced yellow and blue stripes – a combination that to us would appear conspicuous. To another fish on the reef, yellow would blend in with the disruptive background of coral. Fish also have relatively poorer abilities to resolve fine patterns compared to humans. If a regal angelfish were to dart through the water rapidly, the combination of yellow and blue would effectively appear grey. 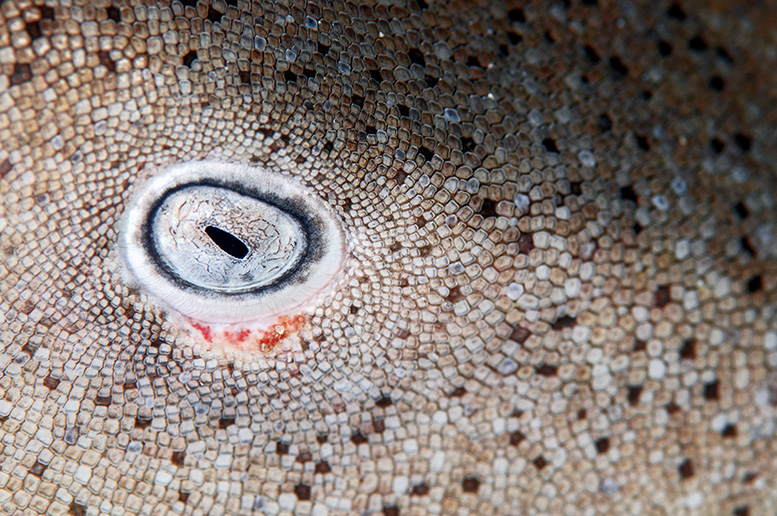 Sharks, like this nurse shark, are known to have better colour vision than other fish © Umeed Mistry

Some have telescopic eyes

Extraordinary visual adaptations are also seen in the deeper seas, where fishes are equipped with large, tubular lenses with only rod pigments to see in extremely dim light (comprising of largely short-wavelength blue light). Eyes placed on top of the head allow them to detect the slightest movements against the gloom above them. Some fishes like the telescopefish, barreleye and sabretooth even have fine-tuned telescopic eyes. 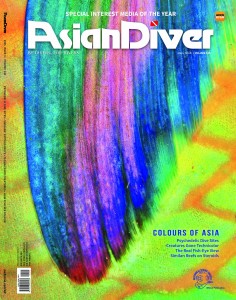 To read more, purchase Asian Diver “Colours of Asia”…
This article was written by Chetana Purushotham and images are by Umeed Mistry 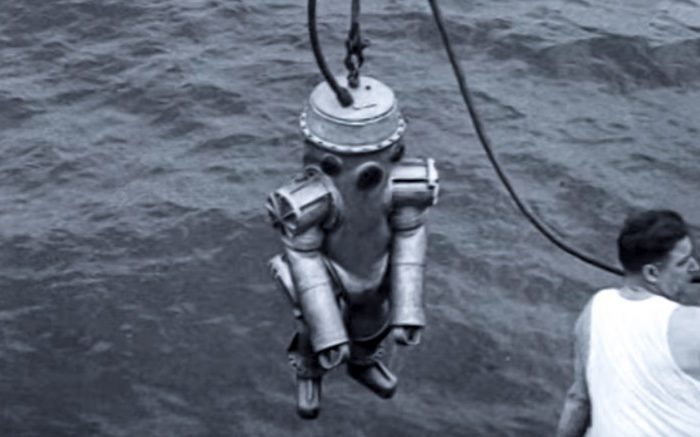 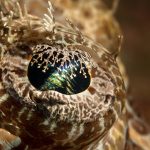