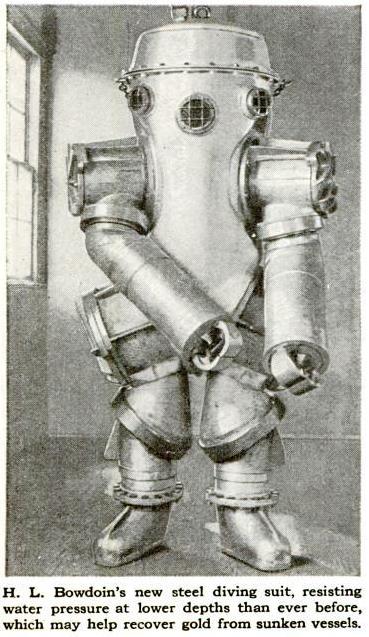 “The suits and equipment have looked nothing short of terrifying.” Source: Popular Science, August 1926

What we’ve come to realise through researching into the history of diving is that the suits and equipment have looked nothing short of terrifying. Last week, we brought to light the post-apocalyptic style of Leonardo da Vinci’s diving suit, and now we are introducing Harry L. Bowdoin’s “submarine armour”. Looking like a cross between a Dalek and the Tin Man from The Wizard of Oz, this leaden suit could be lowered to depths of 120 metres and withstand incredible water pressure.

Designed to explore deep-sea caves and the hulks of sunken ships, the suit was robust and bulky in design. It allowed Bowdoin to descend to depths never before reached by divers and enabled him to remain below, on the sea floor, for longer periods.

Inside his miniature submarine, Bowdoin could use gears and levers to move his arms, legs and body freely and was nimble enough to be able to pick up small objects. Bowdoin filed his metal suit patent in 1914, and it was granted in 1915. By 1918, he had completed his invention, after working on it tirelessly in a little workshop opening inside a dance hall, and that same year he tested the suit before groups of engineers and naval experts. 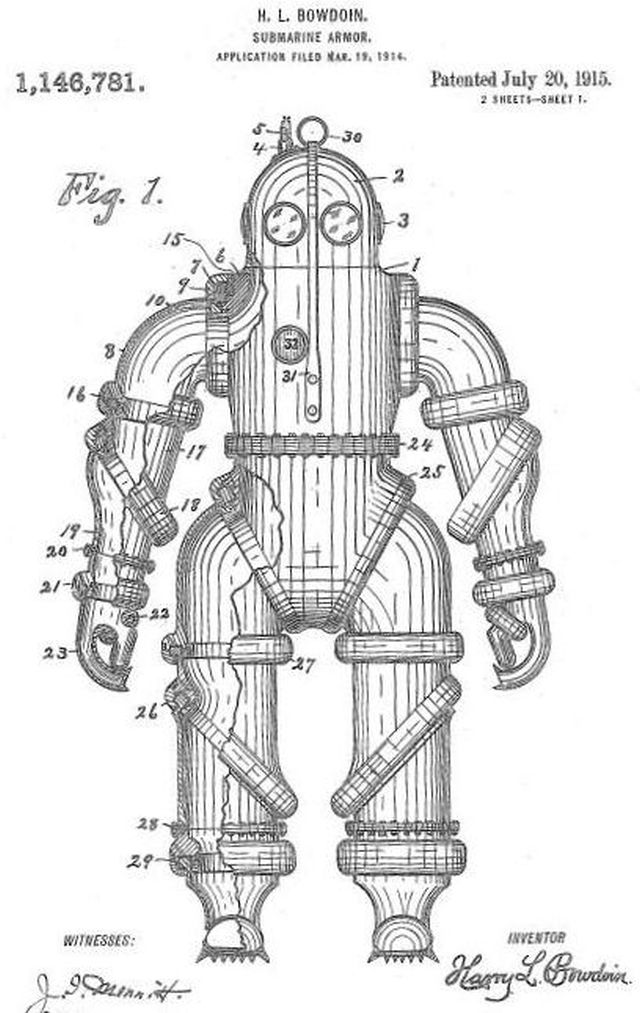 For the deep-sea tests, Bowdoin’s suit was lowered, without an occupant, to test if the design could withhold the pressure at 120 metres. It did, and was then tested with Bowdoin himself inside to a dangerous 60-metre depth somewhere off the Jersey coast. Quite incredibly, Bowdoin was able to walk on a sea ledge with the air being pumped into his suit from above, and he remained there for around 45 minutes. To combat the discomforting issue of not being able to see through the darkness at that depth, the latest lighting device of the time, a “special lamp”, was installed in his diving helmet over his head, enabling him to see clearly for up to seven metres.

The suit and Bowdoin gained fame with an attempt to salvage the sunken treasure of Spanish gold and jewels from the Golden Hoard of Davy Jones, which was believed to be worth more than USD80 million. Supported by “men of wealth”, the expedition aimed to have Bowdoin descend to the seabed in his suit and retrieve the many treasures as well as study the mysterious realm below.

The outcome of the expedition isn’t known, and little further information has been printed on the suit’s design.

Da Vinci and His Diver Army 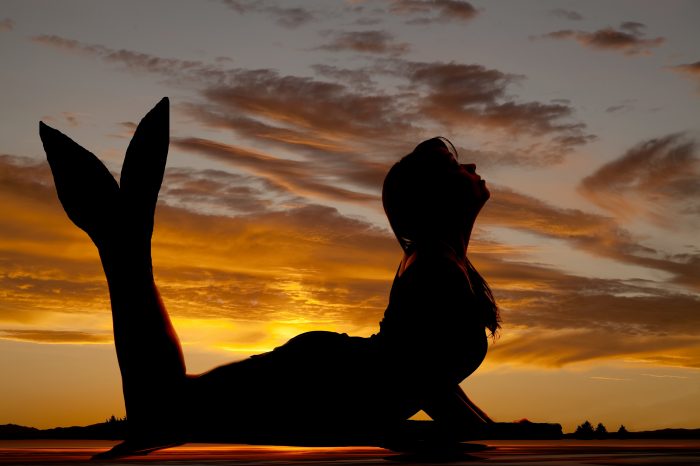 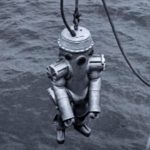