My very first dive was in icy water at an abandoned quarry in New York State in early spring. The underwater visibility was less than a foot and I could barely make out the dive instructor’s hand signals as he watched me demonstrate my skills. I came away with basic scuba certification, but with no desire to dive again in cold water.

Over the next two decades I logged thousands of dives, all of them at tropical Caribbean or Indo-Pacific locations. I dived and photographed in more than 30 different countries, from Egypt to Fiji and from the Bahamas to Bonaire. My photography improved steadily and soon my photographs were being published regularly. Nevertheless, at times, I had the distinct feeling that I was repeating myself, turning out similar images of the same subjects, photographed again and again. My creativity seemed stifled.

From time to time, I had seen published photographs taken in colder waters by David Doubilet and others. These intriguing images provided my first glimpse into a different underwater world, one without reef-building corals, populated by sea dragons, wolf eels, and other seemingly impossible creatures. I eventually decided to experience this world for myself and focused initially on the Pacific Northwest and British Columbia. 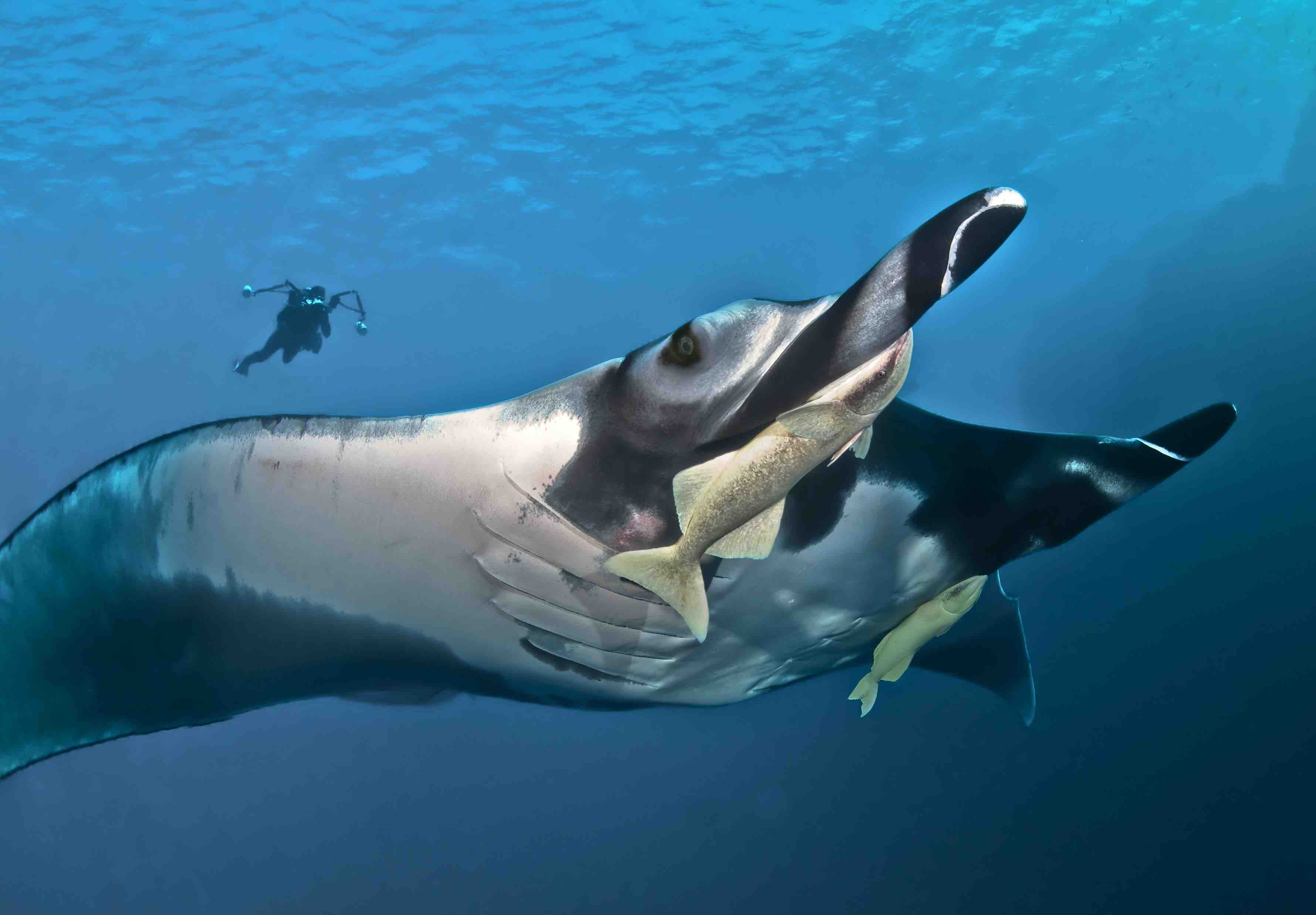 Water temperature in British Columbia does not vary much with the seasons and is typically 7–10ºC. Photographing underwater is technically challenging and requires good concentration, which in turn requires a reasonable level of comfort. In cold water, this means staying warm. Becoming familiar with a drysuit can therefore be reasonably regarded as a necessary first step toward mastering cold-water photography.

I acquired my first drysuit almost 20 years ago and immediately headed for southern California to try it out in 18ºC clear water. I made the initial mistake of bringing a camera on my very first drysuit dive, and spent a good part of the dive just struggling to keep my feet from floating up over my head. For the second dive, I left my camera behind and focused instead on learning how to control my trim and buoyancy. At first, air within the suit seemed to shift unpredictably, playing havoc with my body position in the water. I soon learned how to anticipate this phenomenon and modulate it. 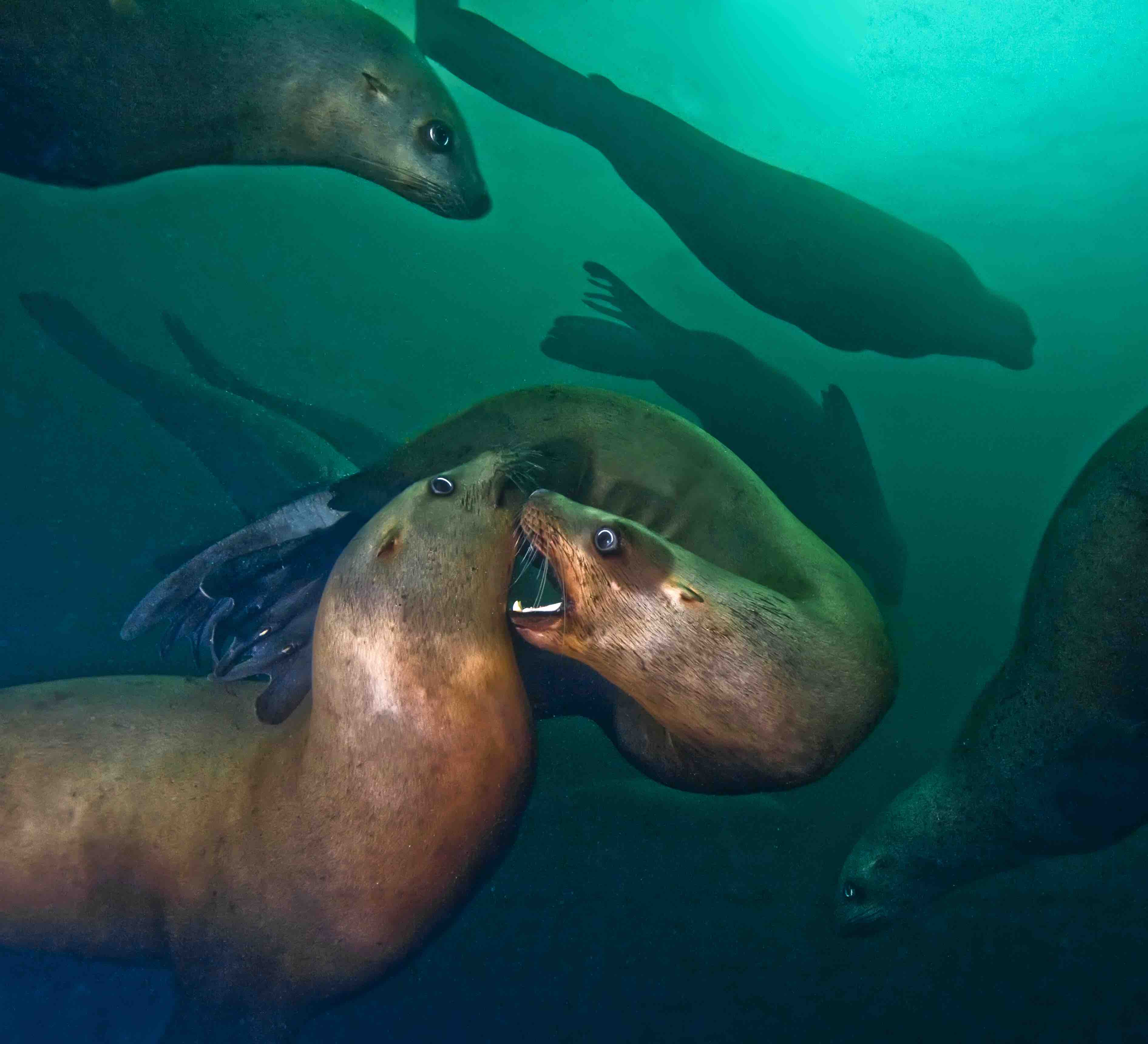 The largest of the sea lions and the third largest pinniped (after elephant seals and walruses): males may weigh up to 2500 lbs. Hornby Island, British Columbia

By the third dive I was becoming comfortable enough to carry a camera and to capture a few images of the remarkable giant kelp environment. British Columbia, in the heart of the Pacific Northwest, would become my first major cold water destination. 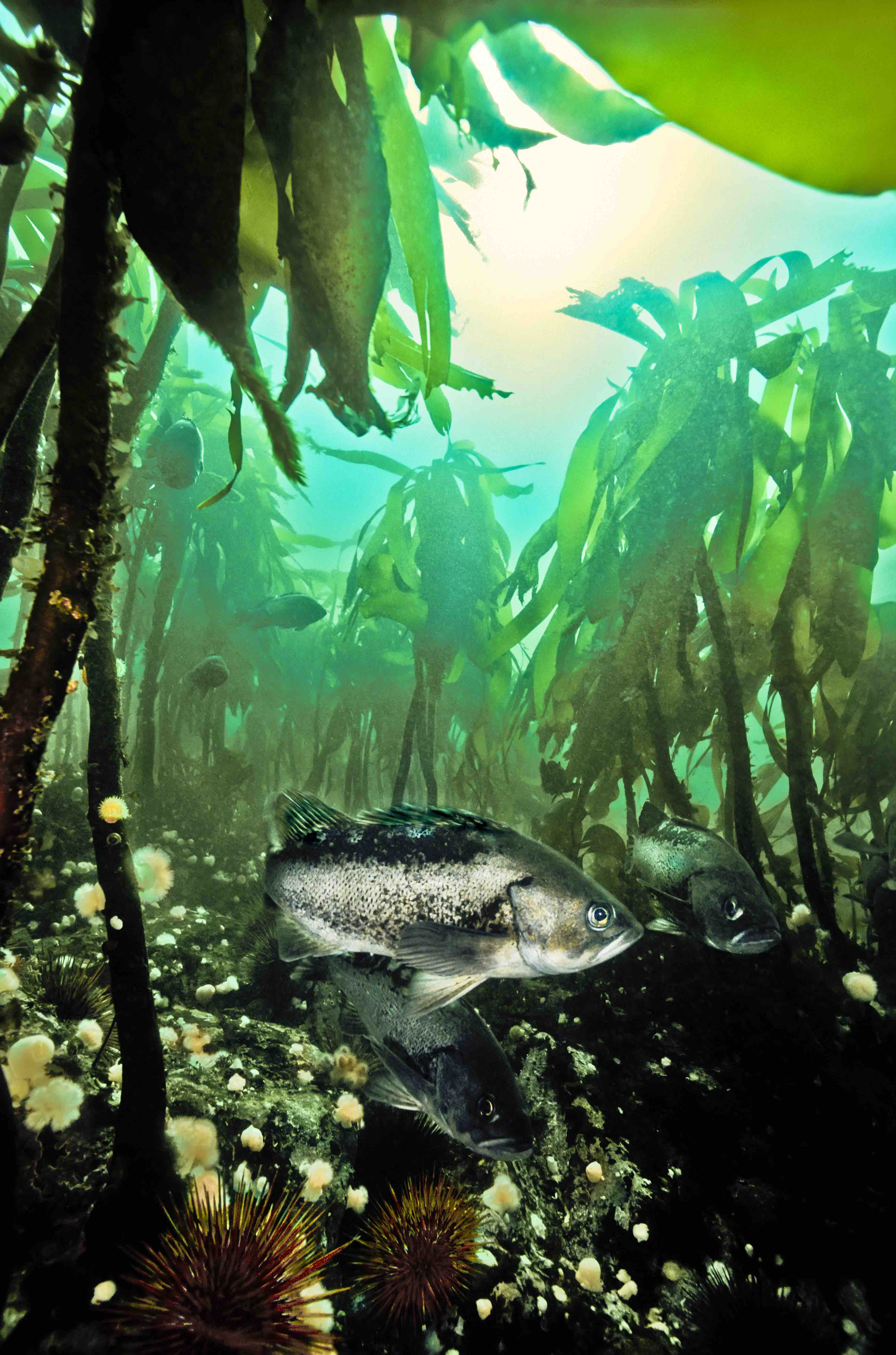 New Zealand came next, followed by South Australia and Tasmania. Then, Japan, the Izu Peninsula. I had long wanted to photograph in temperate Japanese waters, but dive services and accommodations there are difficult to access by visiting divers who do not speak Japanese. I was fortunate to become acquainted with Chris Bangs, an American dive instructor who was working with one of the dive shops in Tokyo several years ago. The owner of the shop was extremely helpful, and made advance arrangements for Chris and me to dive at several locations in and around Izu, including Jogashima, Yawatano, Futo Point and Osezaki.

For the rest of this article (Asian Diver 2012 Issue 3 No 120) and other stories, check out our past issues here or download a digital copy here. 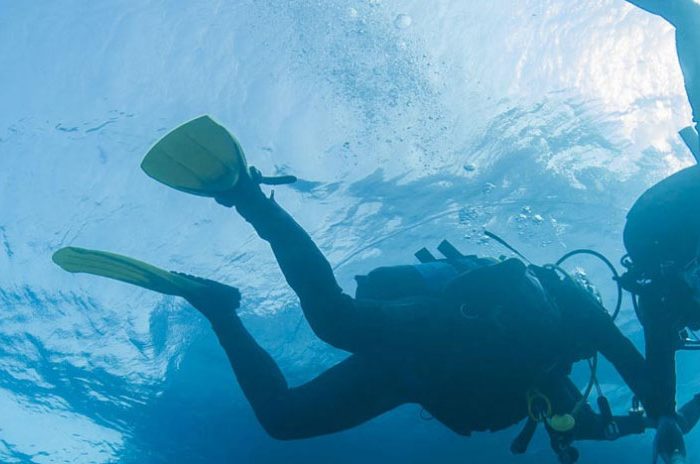 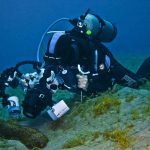