Pulau Payar Marine Park has been a favourite year-round hotspot among tourists with an interest in eco-adventure. But unregulated tourism and illegal fishing have had an adverse effect on the coral reefs surrounding the park and its sister islands. Annuar Abdullah reveals what is being done to rejuvenate the coral reefs.

SINCE ITS establishment a quarter of a decade ago, Pulau Payar Marine Park has been a favourite year-round hotspot among tourists with an interest in eco-adventure. But human activities such as unregulated tourism and illegal fishing have had an adverse effect on the coral reefs surrounding the park and its sister islands.

While the Asian tsunami of 2004 also did some minor damage to the reefs, it is the flood of visitors over the years that has done the most serious harm to this fragile ecosystem. Indeed, after the park opened in 1990, the stream of tourists flocking to the site was poorly regulated, and as a result, all the popular sites assessable to snorkellers are now damaged.

Sponsor investment holding company Bina Darulaman Berhad (BDB) invited local conservation group Ocean Quest to survey the damage and take the necessary steps to help rehabilitate the reef at Pulau Payar. With records dating back to 1998, Ocean Quest was able to make observations pertaining to the degradation of coral species and establish a comparison between the earlier state of the reef and the current situation. Density and diversity observations that were conducted gave an indication of the general state of health of the reef system. As well as noting the degradation of the reef, the potential recovery of important species was also recorded.

PULAU PAYAR MARINE PARK Pulau Payar is located 24 nautical miles to the southeast of Langkawi, off the northwestern coast of Peninsular Malaysia. The park is at the northern proximity of the Malacca Straits facing the Andaman Sea, and as such, its marine biodiversity approximates that of the Andaman. This makes Pulau Payar the only assessable island in Malaysia that hosts marine species similar to those of the Andaman Sea and the Indian Ocean, such as the collared butterflyfish and the schooling bannerfish. These are species that cannot be found off the east coast of Peninsular Malaysia.

The Pulau Payar group of islands consists of Pulau Lembu, Pulau Kaca, Pulau Segantang and Pulau Payar. With the exception of the marine park rangers, there are no inhabitants on the islands, but every day visitors to the park, who arrive in the morning and leave in the afternoon, number more than one thousand on average. Lately, visitor numbers have been lower than usual following the recent unfortunate incidents involving Malaysian Airlines passenger planes, but on the day Ocean Quest conducted its reef survey, an estimated 600 tourists were still coming to Pulau Payar daily. There is little doubt that the park is one of the key attractions for visitors to Langkawi.

BIODIVERSITY
Due to its unpredictable water visibility, Pulau Payar is not a popular diving destination for local scuba enthusiasts. But the diversity of marine life here more than makes up for this lack of water clarity. Divers will find more critters on a single dive at Pulau Payar than anywhere in the clear waters off Peninsular Malaysia’s east coast. An entry in a dive log during an exploration of the reefs in 2005 describes the riches of Pulau Payar. By comparison, while the diversity of marine life at these sites is still high today, the density of species has dropped significantly. 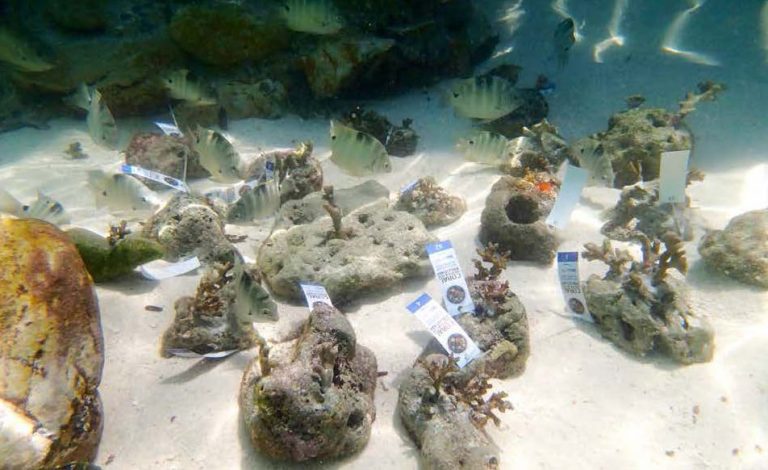 THE PROGRAMME
The effort to rehabilitate Pulau Payar is centred around the BDB-sponsored coral propagation programme, officiated by Director of Marine Parks for Kedah, Mohd Nor Ashri bin Haji Basari. Some 65 participants, led by the company’s managing director, Datuk Izham Yusoff, are involved in the programme, including media, crew and employees.

For this programme, four coral propagation trainers from Ocean Quest assisted by members of the diving community from within the state carry out the necessary underwater tasks, while BDB employees and the media help with tasks on shore under the supervision of the trainers. Diving equipment and logistics are provided by Iskandari Dive Center, based in the Kedah state capital Alor Setar. Thus, just as it was designed to do, the Ocean Quest coral propagation programme involves the local diving community and all the relevant stakeholders.

CORAL PROPAGATION
The health assessment carried out in prominent parts of the reef reveal that the corals are healthy despite the appearance of physical damage in shallow areas. Coral growth indicates that the staghorn corals (Acropora formosa) are gradually recovering. This species was almost totally wiped out from 1999 until the last observations were made in 2005. Now small patches of branching corals can be seen along the reef front.

For the rest of this article and other stories, check out our latest Asian Diver Issue 5/2014 Vol.134)  here or download a digital copy here. 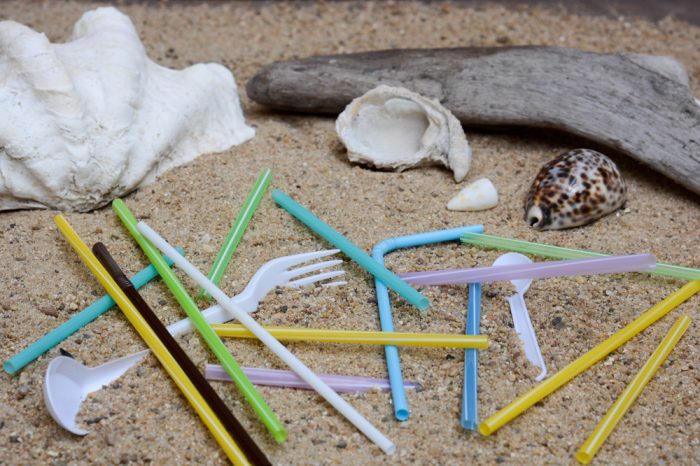 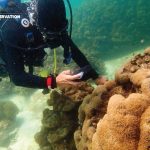