Many animals in the ocean depend on other animals for living space, food and shelter. CMAS Marine Biology Instructor, Christian Skauge, explains this symbiosis 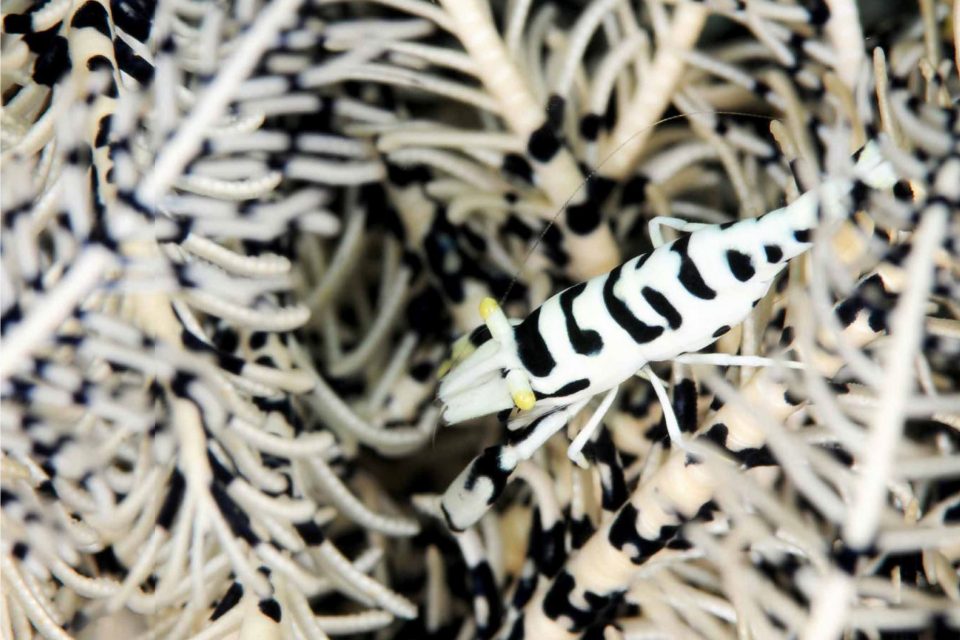 Most divers are aware of the relationship between clownfish and anemones. The colourful fish borrows the protection of the stinging tentacles, to which it is immune, and in return keeps the anemone clean and fends off potential enemies like butterflyfish by emitting a high-pitched sound.

This type of long-term symbiotic partnership is known as mutualism, since the biological interaction benefits both of the involved species. Hermit crabs that place anemones on their shell for mobile protection is another example – the anemone is rewarded with leftover food scraps when the hermit crab is feeding. Cleanerfish form a mutually beneficial relationship with fish, turtles, sharks and rays, even though they don’t share living space. They keep their skin healthy and free from parasites, and get a bite to eat in return.

Two other forms of symbiosis are parasitism and amensalism. They describe relationships in which the host animal is harmed while the symbiont either benefits or is unaffected by the symbiosis. Parasitic copepods and isopods are well known on marine species, while amensialism is more uncommon. However, most interactions between marine animals and humans are amensal: Humans have negative effects on many marine species, but the effects of most of these species on humans are negligible.

The most common symbiotic relationship is commensalism, when one species obtains benefits like food or locomotion from another species, without giving any benefit or causing harm to the host. This is common among small crustaceans and fish, and is also frequently observed with remoras that hitch-hike on sharks to better their chances of survival. Even barnacles growing on whales, turtles and dugongs are commensal, although it may be discussed if the host truly is unaffected by this relationship. 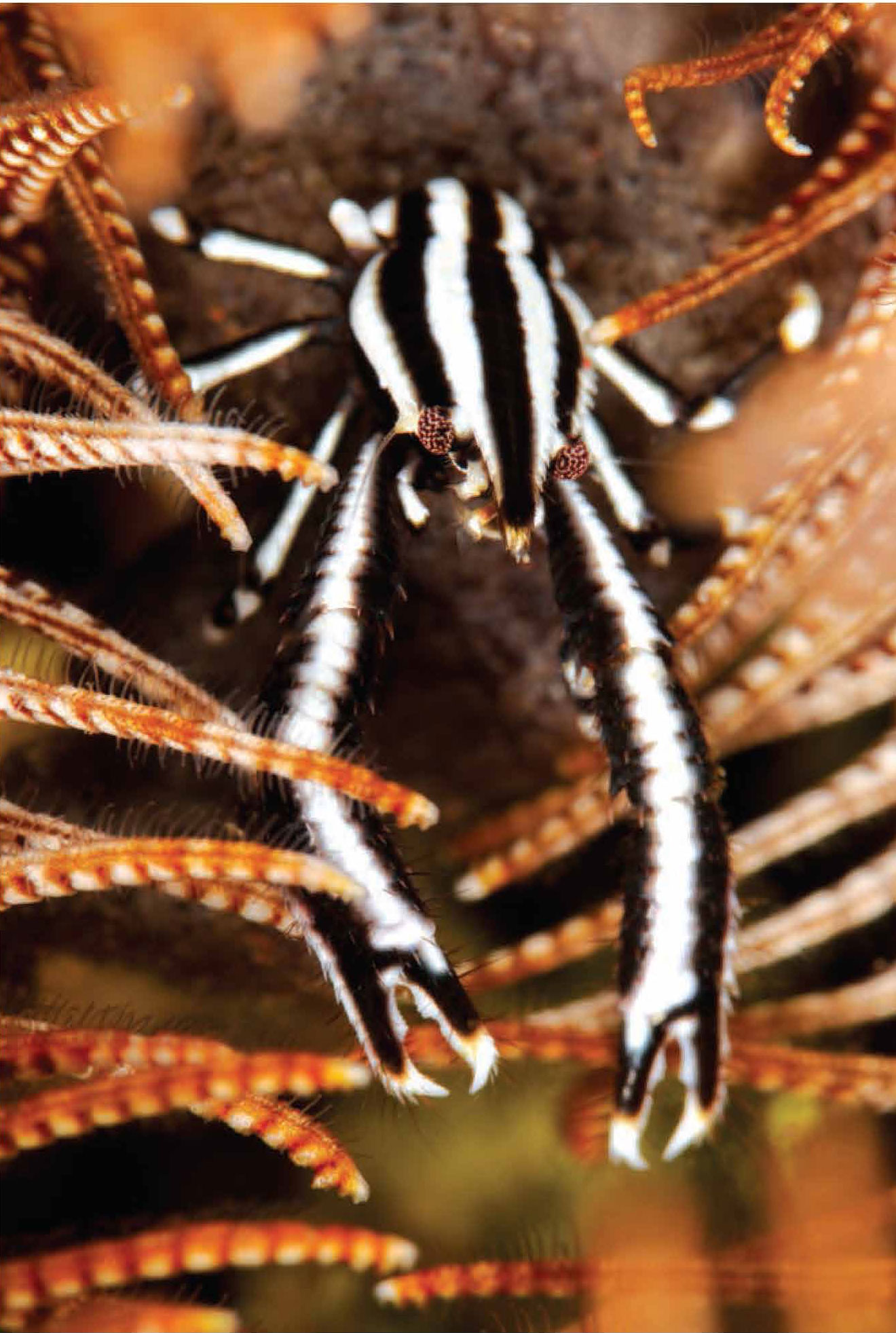 Allogalathea elegan on a similarly-patterned crinoid (Photo by Christian Skauge)

Echinoderms are very popular host animals among crustaceans. On sea cucumbers you’ll find both the brilliantly coloured emperor shrimp as well as swimming crabs in various sizes. The tiniest ones are clawing onto the skin of the cucumber, while bigger ones sometimes seek refuge inside the anus of the echinoderm – have a look! If you’re lucky, you may even come across the pearlfish, which has chosen the same unusual living space. 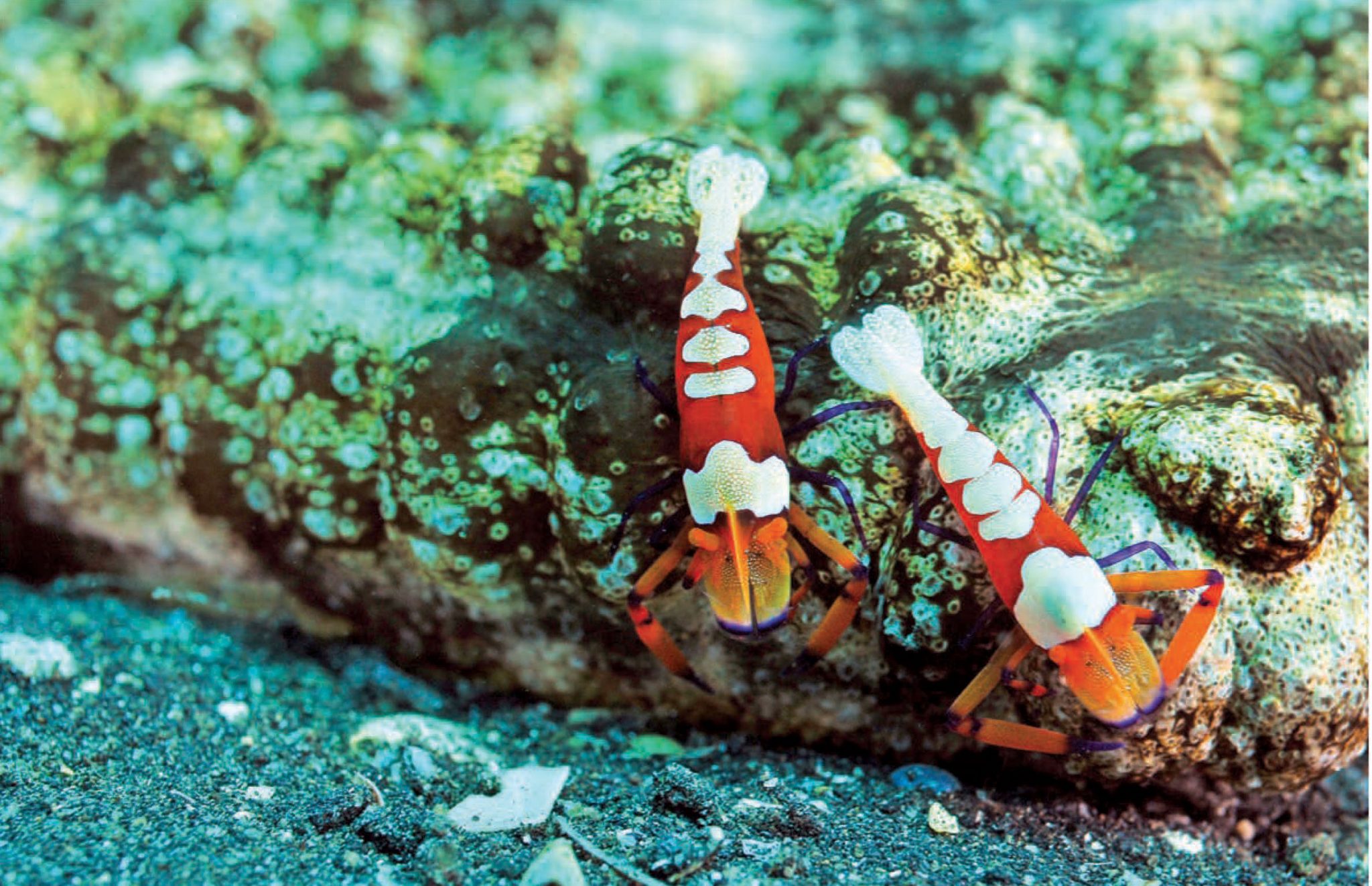 Starfish and cushion stars also host shrimp and crabs, and the numerous warts and protrusions on the surface of the animals offers good protection – if a predator comes too close for comfort they quickly hide beneath the host.

A sea urchin offers even better protection, and among the lethal spines you can find black cardinalfish and the beautiful and rare Coleman shrimp, which usually lives in pairs. When the host animal moves about looking for food, the tiny commensal passengers enjoy the benefit of free locomotion. They are brought to new feeding grounds without having to spend the energy to get there.

Crinoids, often referred to as sea lilies or feather stars, are a true treasure-trove of commensal shrimp, crabs, squat lobsters and even tiny clingfish. Although attached to the reef with special feet called cirri, crinoids can move around and even swim. They are experts at finding spots where the current brings in lots of food, and this makes them a prime piece of real estate for other animals. The shelter in between the arms or above the feet are excellent, and food is abundant.

Commensal crustaceans living on crinoids often have colouration perfectly adapted to match their host and thus become almost invisible to predators. This also suggests that their relationship is for life, and not just a one-night stand.

Read the rest of this article in 2018 Issue 2 Volume 150 of Asian Diver magazine by subscribing here or check out all of our publications here. 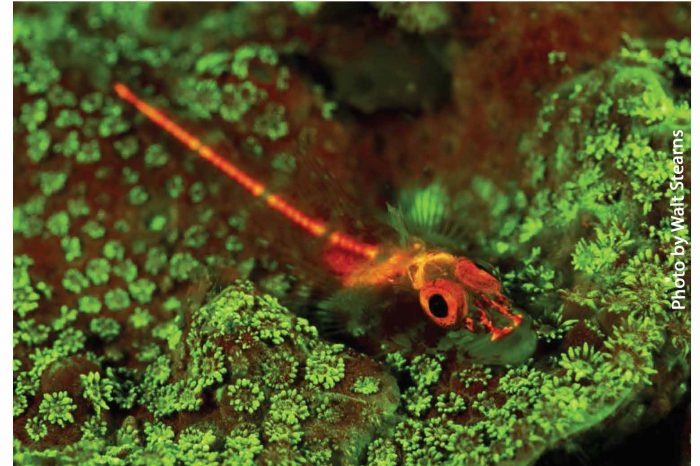 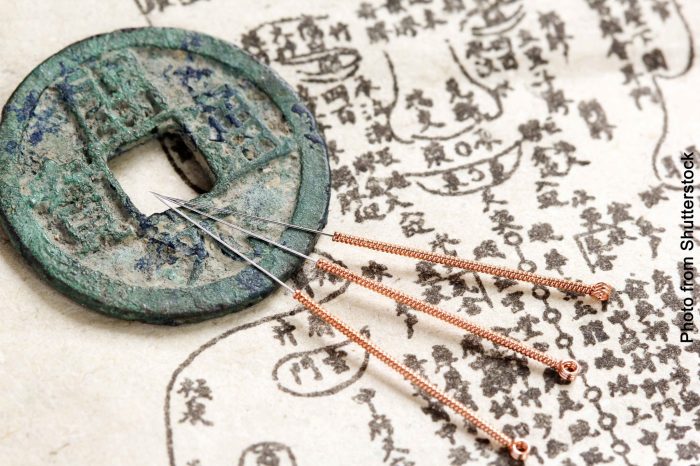 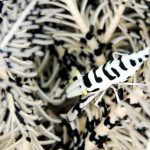