Luminox started its relationship with the Navy SEAL teams over 25 years ago when SEALs first discovered the unique self-powered illumination technology found in Luminox watches, and requested a watch series be made for them. Since that first meeting Luminox has continuously updated its line of watches to meet the demanding requirements of this community of warriors as well as the needs of other elite forces around the world. The Navy SEAL Colormark series is the evolution of that original series of timepieces.

As the most elite spec ops (special operations) forces of the Navy, the Navy SEALS are charged with carrying out some of the most dangerous and important combat and reconnaissance missions around the world to uphold international human rights and humanitarian law. The long and famously gruelling process of becoming a SEAL is legendary and ensures that only the best of the best will ever wear the trident.

As a result, the rigorous training programme of the Navy SEALS has attained the highest respect in the military world. To give a chance to civilians to experience SEAL training, Luminox is partnering with retired Navy SEAL veterans to offer the Luminox Special Operations (Spec Ops) Challenge programme designed for civilians. In September 2015, a group of 37 journalists and watch collectors from Singapore, Malaysia and Brunei participated in the Luminox Spec Ops Challenge programme, including renowned Singaporean horologists Dr Bernard Cheong and Mr Ng Tjeng Jaw, Mediacorp Supervising Editor and ex-Singapore National fencer, Mr Nicholas Fang, and ex-MTV Asia VJ, Mr Rich Herrera.

The Luminox Spec Ops Challenge programme stretches to 6 hours within a day, truncated from the famous 24-week BUD/S (basic underwater demolition/SEAL training) at the Naval Special Warfare Centre in Coronado, CA, USA, and is able to accommodate participants from a wide range of fitness levels. The focus of the programme is to provide participants with a “glimpse” of the mental, physical endurance and leadership skills training that every Navy SEAL candidate undergoes that makes them highly capable of handling a wide range of situations regarding personal safety, defensive tactics and contingency planning.

To commemorate this enduring partnership with the Navy SEALS and support the Navy SEAL Foundation, Luminox is proud to introduce the Luminox Spec Ops Challenge (L.S.O.C.) watches, sold in two different sets – one featuring the traditional 3050 Navy SEAL Colormark design with its trademark “Colormark” bold numerals on the dial and bezel on a PC carbon dial and PU strap, and the other, on the 4220 Authorised for Navy Use (A.N.U.) model which was a direct collaboration with the SEALS, refined to specifically address the needs of maritime commandos, featuring a stainless steel case, with screw crown and case back, sapphire crystal, multi-jewel Swiss quartz movement and 10 year lithium battery.

Each watch is sold as a set in a pelican box with an interchangeable webbing textile strap and changing tool. The pelican box can also act as a waterproof accessories case for small items.

A percentage of the proceeds of the sales of these Luminox S.O.C. watch sets go to the Navy SEAL Foundation which provides immediate and ongoing support and assistance to the Naval Special Warfare Community and its families. www.navysealfoundation.org/ 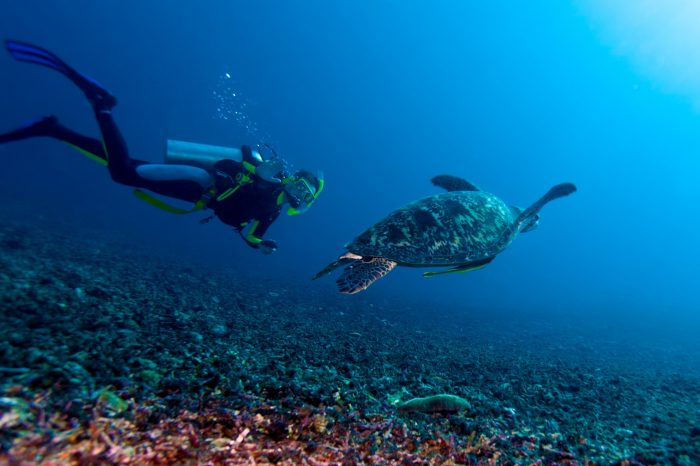 9 Reasons Why You Need to Be Aware When Underwater 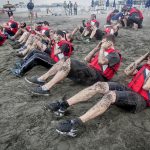