The massive Lake Malawi is no ordinary body of water. Five hundred metres above sea level and around 800 metres deep, it is home to more fish species than any other lake on the planet. Join Scott Bennett as he takes you to this paradise in Central Africa 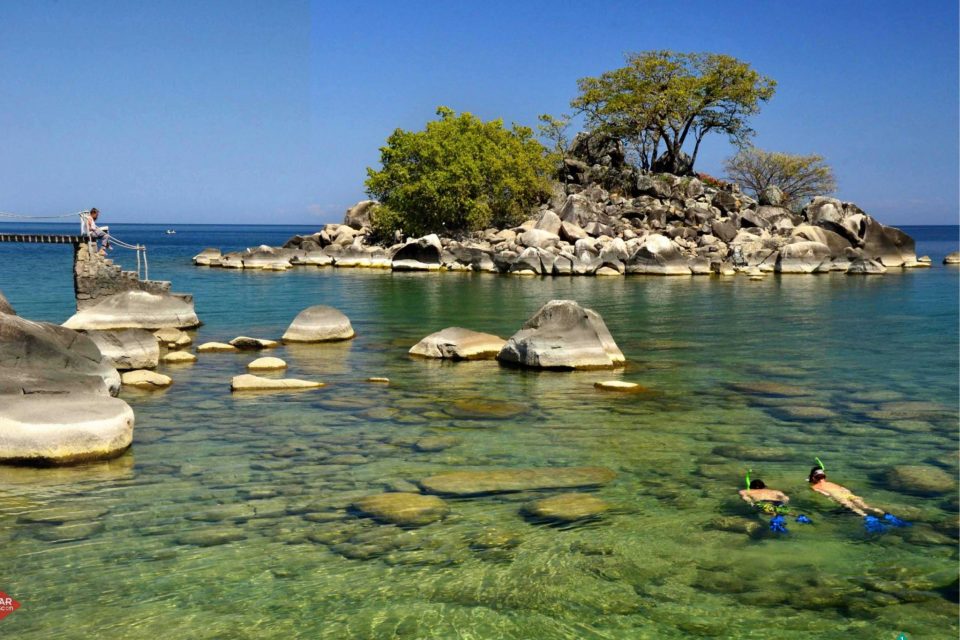 The massive Lake Malawi is no ordinary body of water. Five hundred metres above sea level and around 800 metres deep, it is home to more fish species than any other lake on the planet. (Text and photos by Scott Bennett)

Created by immense geological forces that are gradually tearing the continent apart, known as the “Lake of Stars” or “The Calendar Lake” (being 587 kilometres long and 84 kilometres wide), Lake Malawi’s voluminous depths are conspicuously lacking large underwater fauna. What it does have is cichlids. LOTS of cichlids. From a few initial colonisers, upwards of a thousand endemic species have evolved. The most colourful, locally known as “mbuna”, display remarkable degrees of evolution. Highly territorial, many reside in one compact area their entire lives, creating inbred communities that diverge into new species. 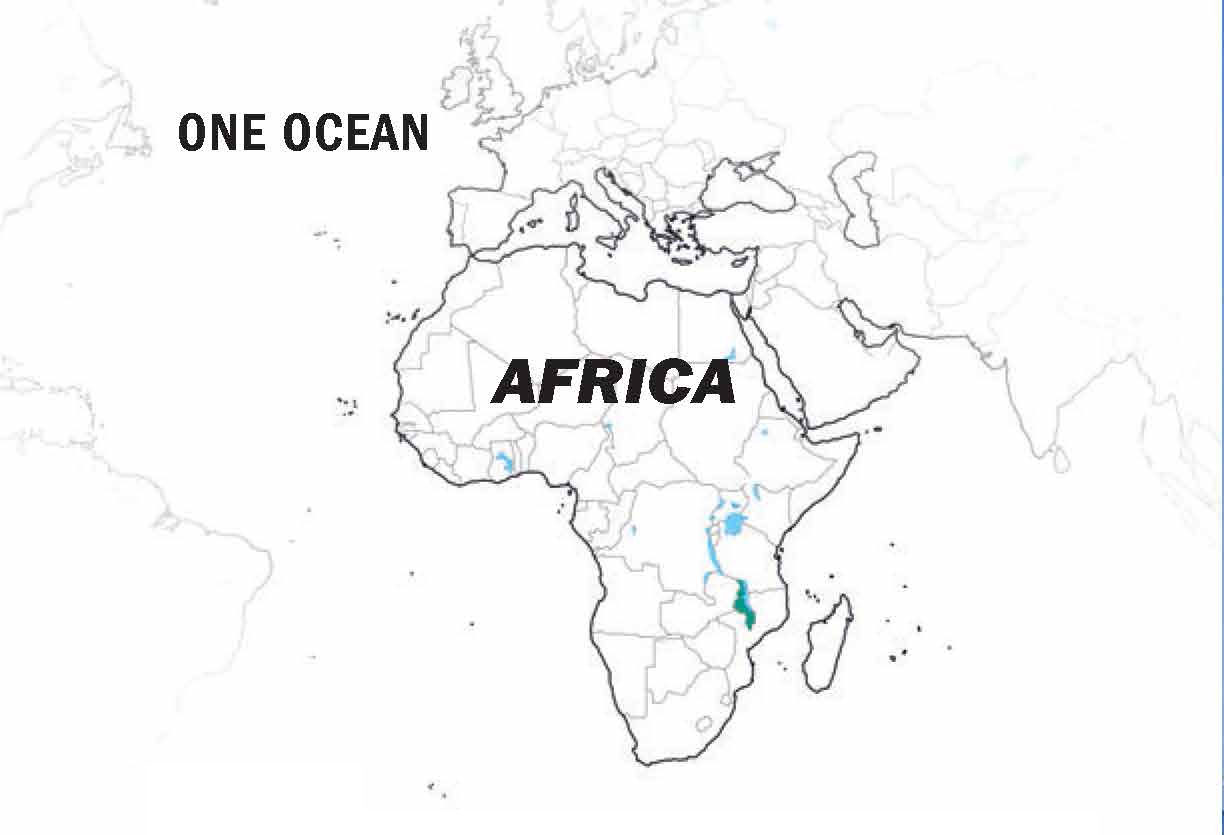 My first night on the lake would be spent in Cape Maclear. I would do a pair of dives en route to Domwe Island, for the next night. Then I would be picked up and taken to Mumbo Island for more dives before checking into the resort. I could hardly wait! Abounding with overseas backpackers and souvenir vendors, I felt like I was in Southeast Asia rather than Central Africa. With no electricity for the ensuing two nights, I embarked on a battery-charging marathon to ensure I wouldn’t be caught short.

TUMBE TO DOMWE
The morning’s first dive site was The Wreck, at Tumbe Island, a 15 metre steel-hulled vessel sunk specifically for diving. The water was 23°C; not bad for the middle of winter in Africa!

Visibility was limited to less than 10 metres, but the cichlids were everywhere in a staggering array of shapes and colours! It was hard to comprehend they had descended from a solitary species.

The terrain’s prevailing feature was granite boulders, some the size of houses. A large blue crab peered out from under a rock, scuttling to the safety of a deep recess as I approached. Vegetation was surprisingly absent, but every surface was shrouded with algae, the primary food for many cichlid species. A few however, eat, other cichlids.

Descending to the stern, we encountered a pair of two-metre kampango catfish, the lake’s biggest fish, which can grow up to two metres in length. Unfazed by our presence, they allowed a close approach for wide-angle photography.

At the next site, The Aquarium, we were instantly enveloped by cichlids of even greater numbers and varieties. A flat sandy area featured a number of curious crater-shaped formations. Remarkably, they were not natural but fish-made, courting arenas created by male cichlids to attract females.

Rising to 400 metres above lake level with a circumference of 11 kilometres, Domwe is Lake Malawi’s largest island. Granite boulders flanked the beach like giant scattered marbles while dense vegetation cloaked the rugged slopes above. The view of the lake from my tent was superb; I felt like Robinson Crusoe on my own private island! 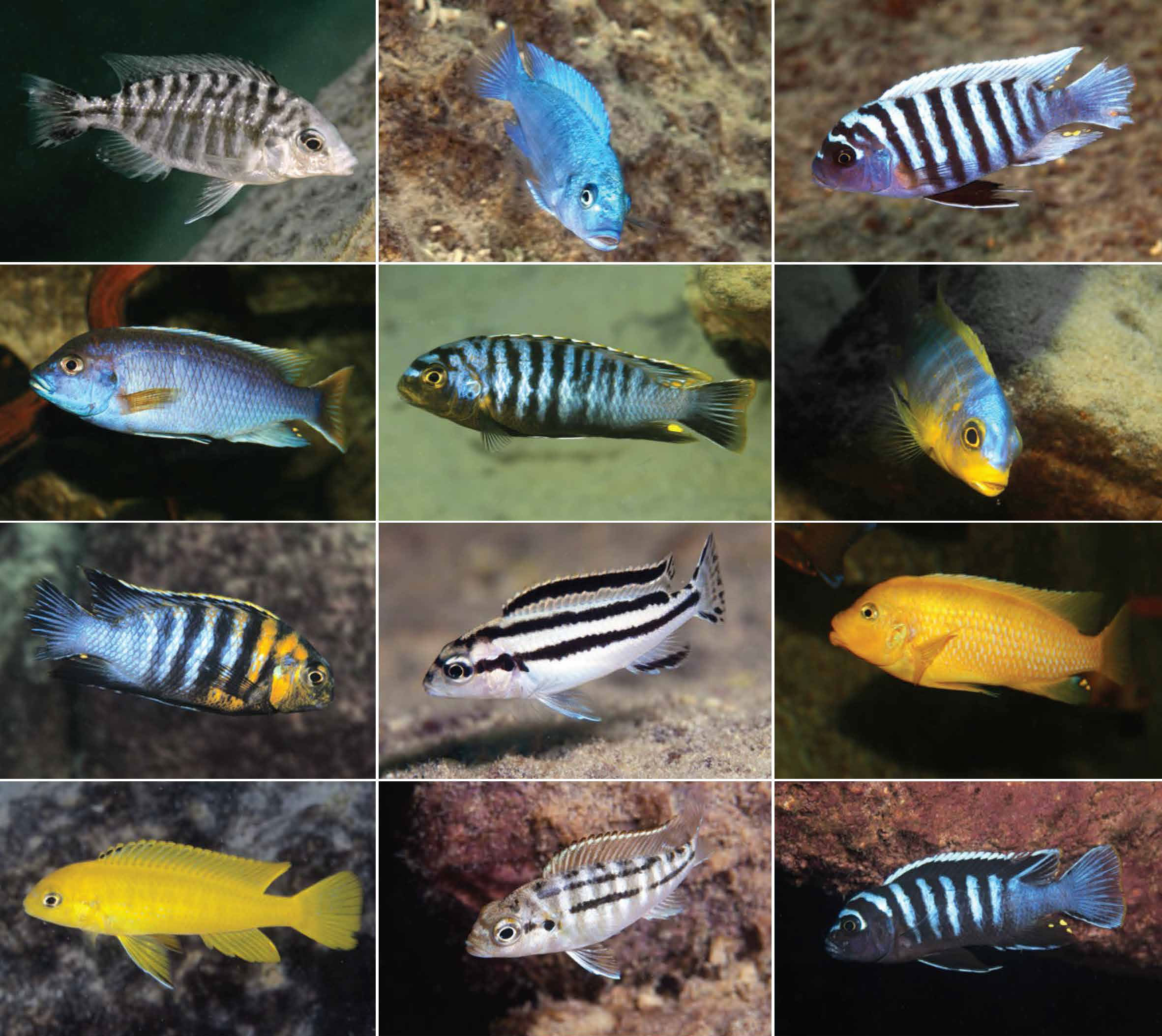 CICHLIDS GALORE: Well over 500 colourful and diverse species of cichlid have evolved in Lake Malawi from a common ancestor over the last million years. They are broadly divided into two groups – haplochromines and tilapiines. Haplichromines are all mouthbrooders, while tilapiines are substrate-spawning (Photos by Scott Bennett)

MUMBO ISLAND
The next morning, we set out for Mumbo Island. Massive boulders flanked the island’s perimeter as baobab and candelabra trees crowded each other for growing space. Underwater, the scenery was equally impressive: Pinnacles descending to 50 metres, overhangs and swim-throughs to explore; on one safety stop, the water became crystal clear, with sheer rock faces dwarfing the never-ending parade of cichlids. At Mpipi Bay rocky slopes descended gradually to a depth of 100 metres, and, in the shallows, an abundance of water plants.

Back at the resort on Mumbo, once again, I found myself grasping for superlatives. My tent’s location was even more spectacular than at Domwe. Looking out over a small bay of aquamarine water, I ensconced myself in the hammock out front, as African fish eagles wheeled overhead. Sheer bliss! 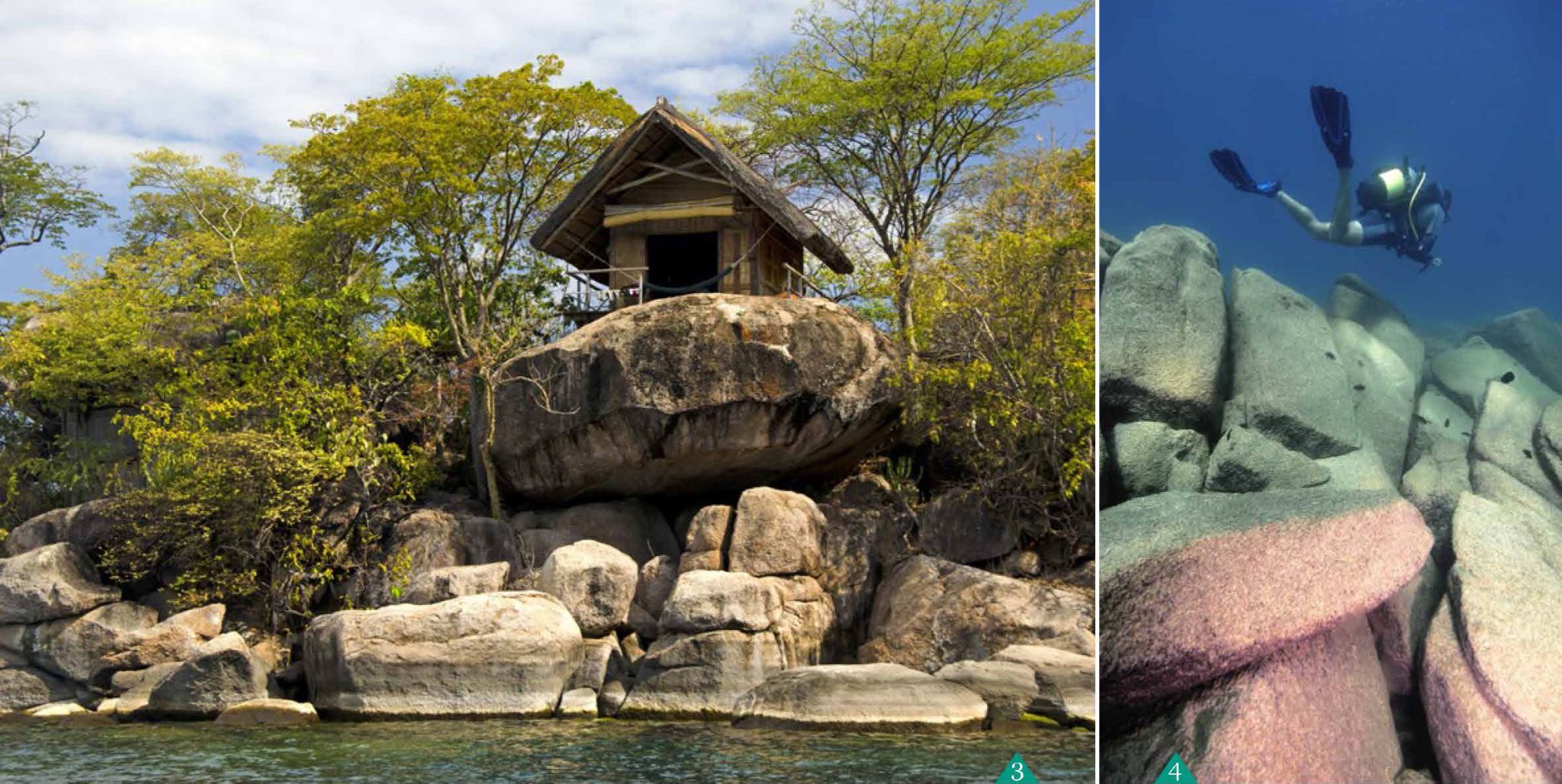 MASIMBWE AND THE MOUTH BROODERS

On the first day, with profuse fish life and magnificent underwater scenery Masimbwe Island quickly became a favourite. Immense boulders tumbled to the depths below, with fissures concealing some hefty catfish. We were shown a curious linear pattern etched in the rock which some believe to be a carving. Nearby, I observed a freshwater sponge, something I didn’t even know existed in Africa! However, there was one photo subject that remained infuriatingly elusive.

Many Malawi cichlids are mouth brooders, with the juvenile fish residing within their mother’s mouth for protection. I couldn’t help but wonder if any had ever been accidentally swallowed! Having missed them at Cape Maclear, I really wanted to see this phenomenon in action. (The mouth brooding, not the swallowing!)

Happily, our second dive at Christian’s Point proved much more successful. The key was to search for a school of juveniles, an indication that the mother must be near. Soon enough, we spotted them and before long, witnessed the mouth brooding behaviour in action. We even witnessed some juveniles forming a miniature bait ball. Getting photos proved challenging, as the action was lightening fast.

Although small compared to its larger neighbours, Malawi’s attractions are big, both above and under the water. Known as the warm heart of Africa for its friendly people, I would certainly be back. Despite lacking mega fauna and the colourful reefs of a tropical ocean, Malawi’s subtropical waters offer easy, relaxed diving with no currents, calm conditions and decent visibility. But it is Lake Malawi’s dramatic scenery and remarkable biodiversity that set it apart – the Lake of Stars is dazzling. And unlike anywhere else on Earth. 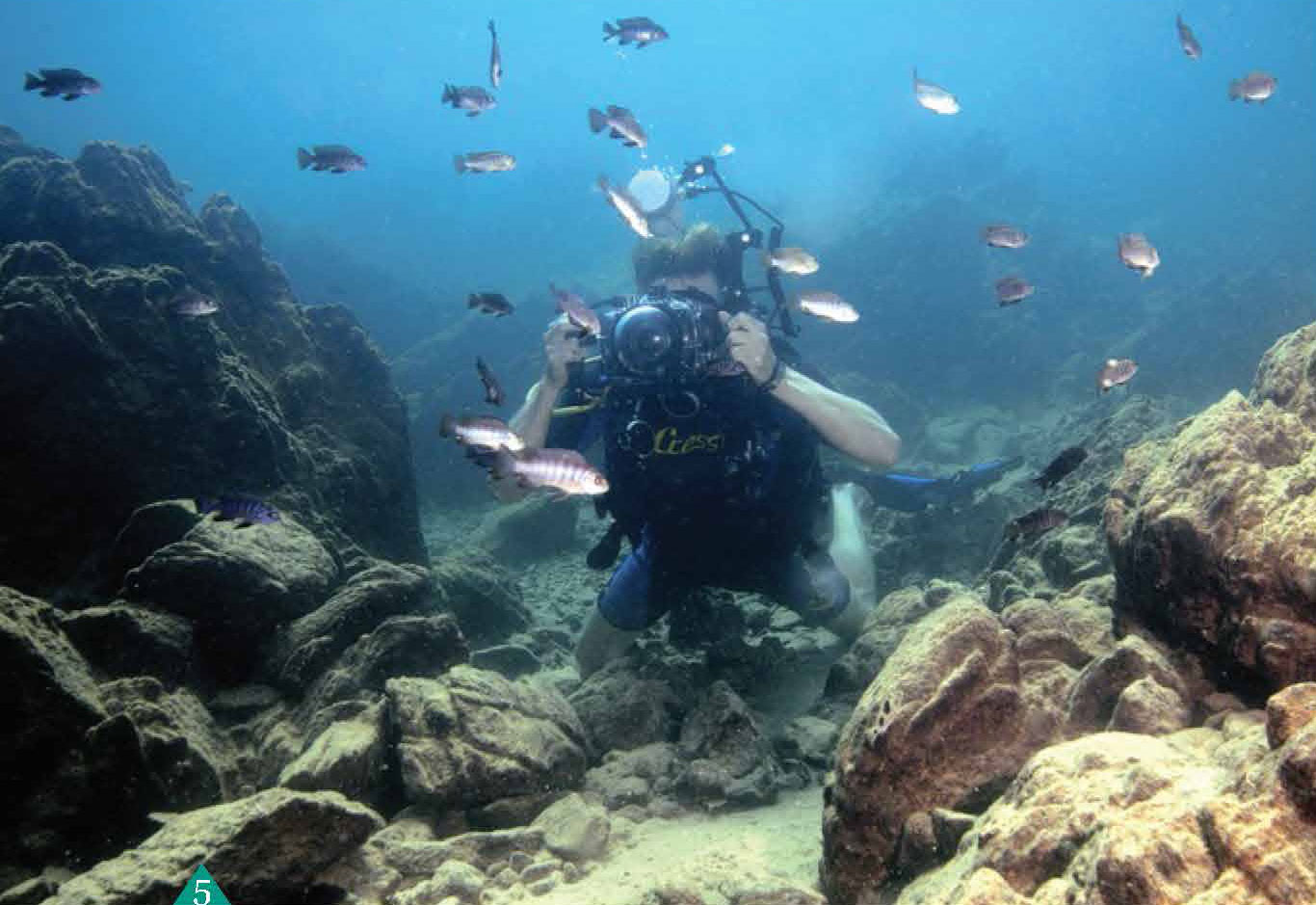 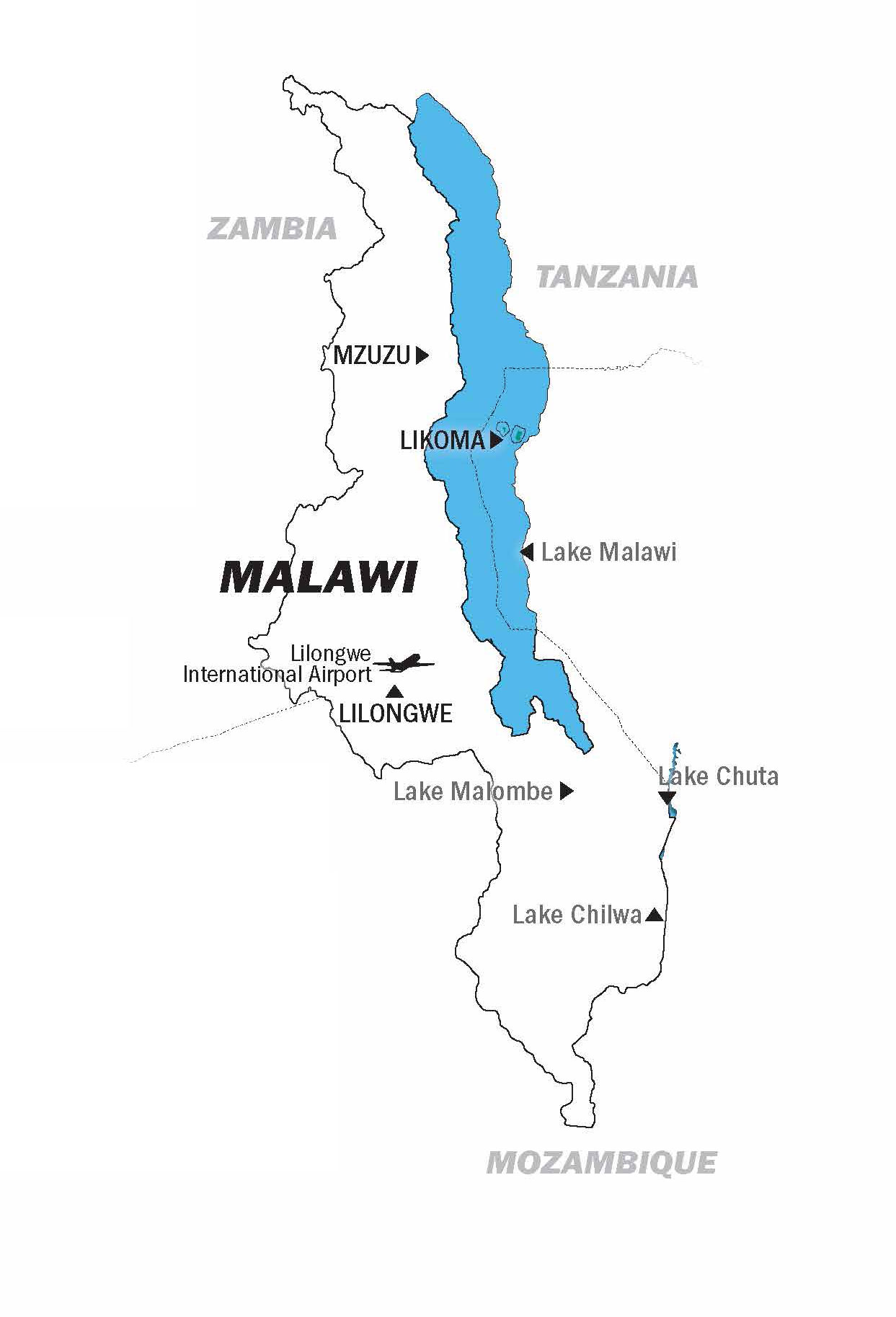 Main international gateway is Johannesburg, with connecting flights to Blantyre or the capital of Lilongwe.

Year round but best time is between Sept and early December.

A dive computer, but be sure to adjust the settings as the lake is 500 metres above sea level.

Basic open water certification is adequate for many dive sites.

A full valid passport is required for entry into Malawi. For tourist visits, visas are not required by citizens of most Commonwealth countries, the USA, Japan and most European Union countries.

English is an official language and is widely understood. A number of indigenous languages are also spoken, the most common being Chewa.

Read the rest of this article in SD Issue 6/2014, OP No. 1 of Scuba Diver magazine by subscribing here or check out all of our publications here. 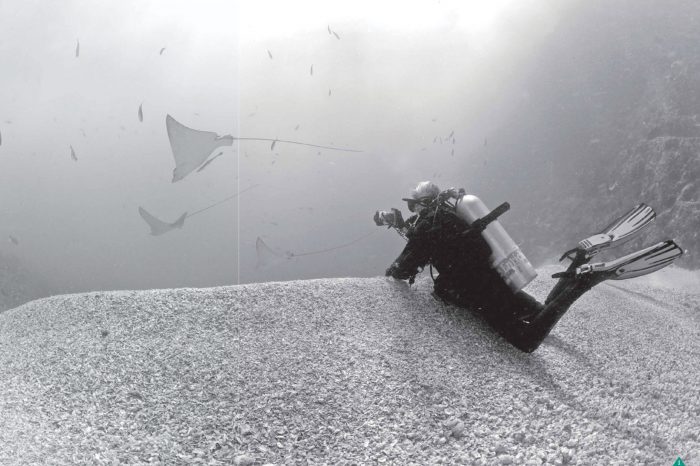 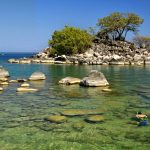